Add an Event
Newswire
Calendar
Features
Home
Donate
From the Open-Publishing Calendar
From the Open-Publishing Newswire
Indybay Feature
Related Categories: Afghanistan | International | Anti-War
Biden’s Afghanistan speech: America’s criminal war ends in debacle
by Patrick Martin (WSWS Repost)
Tuesday Aug 17th, 2021 1:19 AM
The scale and impact of the catastrophe suffered by American imperialism in Afghanistan, which in many respects exceeds even its defeat in the Vietnam War, found expression in the speech, perhaps the bleakest address by an American president in half a century. 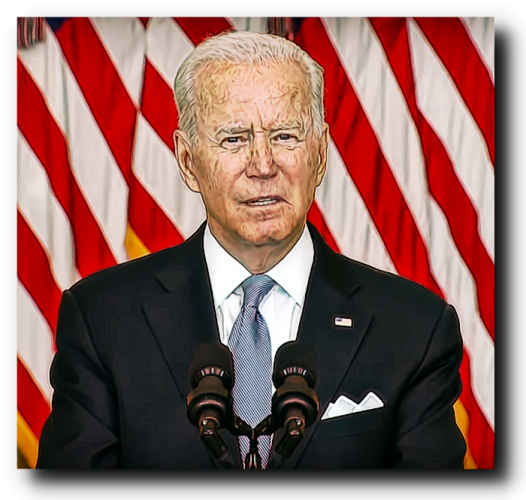 On Monday afternoon, US President Joe Biden delivered a nationally televised address in response to the collapse of the US-backed puppet government in Afghanistan.

The scale and historical impact of the catastrophe suffered by American imperialism in Afghanistan, which in many respects exceeds even its defeat in the Vietnam War, found expression in the speech, perhaps the bleakest address by an American president in half a century.

Biden acknowledged the dead end of the American war, noting that four US presidents had overseen the conflict and declaring that he refused to pass it on to a fifth. He asked how many more Americans he would need to send to die in Afghanistan, showing that he is well aware that the war is deeply unpopular.

In the course of the speech, Biden effectively admitted that the pretexts under which the United States invaded Afghanistan were lies. Despite the claims of the Bush administration and the entire media that a central aim of the US invasion and occupation was the preservation of democracy and the well-being of the Afghan population, Biden declared the United States could not care less.

In other words, the claim by George W. Bush, who launched the war in Afghanistan claiming that he sought to save “a people from starvation, and freed a country from brutal oppression,” was a lie.

To the extent that anyone was to blame of the US debacle in Afghanistan, Biden insisted, it was the Afghan people, who were ungrateful to the United States military that had spent two decades assassinating, torturing, and bombing them.

Even as he effectively admitted that the Bush administration lied about seeking to build democracy and prosperity to the people of Iraq, Biden doubled down on another lie, that the US war was launched to fight terrorism in the wake of the 9/11 attacks.

The US intervention in Afghanistan, which has had such catastrophic consequences for the people of that country, did not begin 20 years ago, but in 1978, during the presidency of Jimmy Carter. It started as an effort to foment civil war, to mobilize insurgents against a Soviet-backed government in Kabul and give Moscow “its own Vietnam,” in the words of Carter’s chief strategist, Zbigniew Brzezinski.

This policy was continued aggressively under the Reagan administration, whose CIA director, William Casey, encouraged Saudi Arabia and Pakistan to recruit and arm Islamic fundamentalists from all over the Middle East to join the fighting, leading to the rise of Al Qaeda and Osama bin Laden.

The Taliban emerged from the same process at a later stage, after the Soviet withdrawal from Afghanistan and the collapse of the USSR. Working through the government of Pakistan, the Clinton administration promoted the Islamist movement as a force for stability and a potential vehicle for US access to the oil resources of Central Asia.

While Biden erases this earlier history, what he said about the last two decades of American involvement in Afghanistan amounted to a self-exposure of the policies of four administrations.

He declared, “I always promised the American people that I will be straight with you.” This was a backhanded admission that everything the US government has said about the war, including the reasons for the 2001 invasion, has been a lie.

The speech was notable for its thinly veiled criticism of the Obama administration, in which Biden served as vice president. He cited his own opposition in 2009 to the surge of US troops into Afghanistan, which brought the total to 100,000, and drove up casualties, particularly among innocent Afghan civilians. It also led to an increase in casualties for US soldiers to record levels.

Obama ran for president in 2008 claiming not to be opposed to all wars, only to “stupid ones,” like the war in Iraq, while he supported the war in Afghanistan. Once elected, he dropped his antiwar pretenses, and his administration became the first in US history to serve two full terms under continuous war.

The corporate media responded to Biden’s speech with thinly disguised hostility. The media pundits are concerned that he has bluntly admitted truths long concealed by the media itself, which has promoted the Afghanistan intervention as an exercise in fighting terrorism, building democracy, and uplifting the status of women.

Nothing should be said, of course, about the status of women incinerated by American bombs and drone missiles in Afghanistan, Iraq, Libya, Syria, Yemen or Somalia. Or their brutal treatment in American allies like Saudi Arabia and the Gulf sheikdoms.

As for the great clamor of the past week over the fate of Afghan interpreters, embassy employees, collaborators with the American occupation, and others fleeing the Taliban advance, what about the tens of thousands imprisoned by the Afghan puppet regime, subject to torture by the CIA or its hirelings? A significant aspect of the rapid advance of the Taliban over the past weeks has been opening up the dungeons in every provincial capital, culminating in the release of 5,000 prisoners held at Bagram airbase and 5,000 more at the central Kabul prison, Pul-e-Charkhi.

A New York Times editorial published Sunday, as the scale of the disaster in Afghanistan was becoming clear, laid emphasis on these two pretexts—the fate of women and the fate of those who worked with the US occupation regime. As usual with the Times, these supposed humanitarian concerns were used to bolster the threadbare “democratic” pretenses of American imperialism.

Under the headline, “The Tragedy of Afghanistan,” the editors bemoaned the outcome of the war because American aspirations to promote “the values of civil rights, women’s empowerment and religious tolerance rule proved to be just that: a dream.” It deplored the fate of “Afghans who worked with the American forces and bought into the dream—and especially the girls and women who had embraced a measure of equality.”

The editorial went on to reiterate the claim that the war began as a response to the 9/11 attacks and then “evolved into a two-decade nation-building project” that was “a story of mission creep and hubris but also of the enduring American faith in the values of freedom and democracy.”

Actually, the squandering of $2 trillion during 20 years of war was a testimony to the “enduring” commitment of the American ruling class to conquer the world through military force. There has been endless reporting in recent days about corruption in the Afghan regime—now that it has collapsed—but far less about the even more corrupt American contractors and corporations for whom the war was a bonanza.

By official figures, more than 100,000 Afghans have been killed in the war, no doubt a vast underestimation. The US waged this war through the methods of “counterinsurgency,” that is, through terror: bombing wedding parties and hospitals, drone assassination, abductions and torture. In one of the crowning atrocities of the war, in 2015, US aircraft carried out a half-hour long attack on a Doctors Without Borders hospital in Kunduz, Afghanistan, killing 42 people.

In other words, the tragedy of Afghanistan is not the fact that the United States lost the war, but the tragic encounter of this historically oppressed country with American imperialism.

https://www.wsws.org/en/articles/2021/08/1...
Add Your Comments
LATEST COMMENTS ABOUT THIS ARTICLE
Listed below are the latest comments about this post.
These comments are submitted anonymously by website visitors.