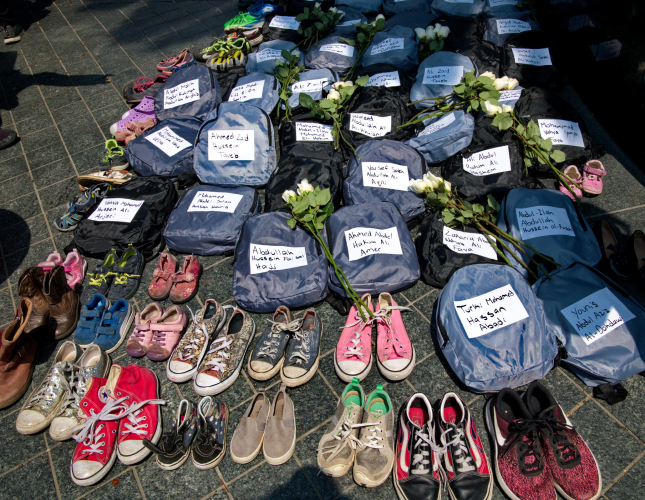 In August 2018 the Saudis bombed a school bus in a market in Dahyan, Yemen. Forty children and eleven adults were killed. The US supplied bomb used was a 227kg laser-guided bomb made by Lockheed Martin. US was and is supplying the Saudis with billions in weaponry and assisting its war effort.

This Sunday, the slaughter was memorialized in Union Square. Forty pairs of childrens shoes and backpacks were placed on the ground and covered in flowers. There were speeches calling out US complicity in the Saudi attack on Yemen. In the midst of Union Square's tourists, protesters yelled their outrage and held prayers. An open mic allowed many to voice their feelings.

The many supporters of the demonstration included Code Pink, Veterans for Peace, and assorted individuals. 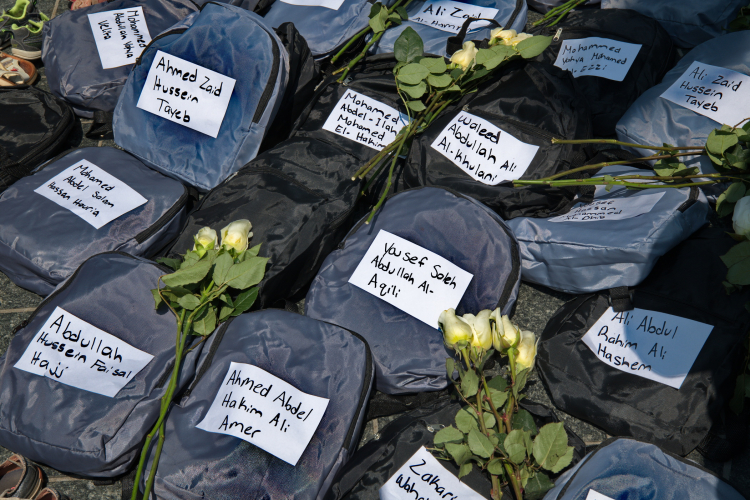 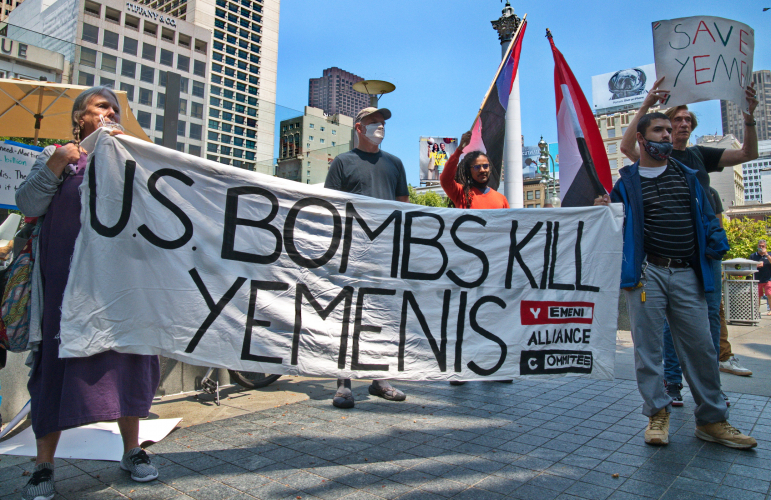 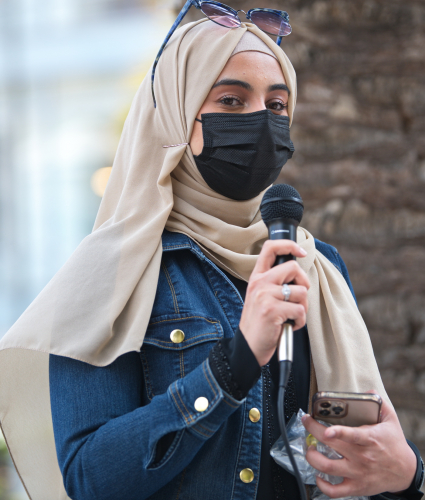 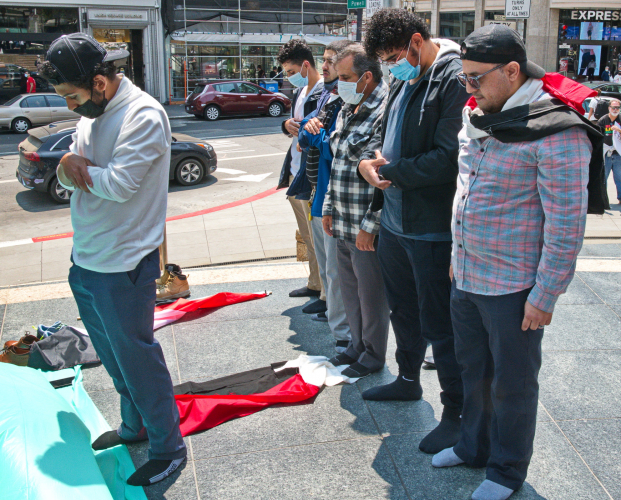 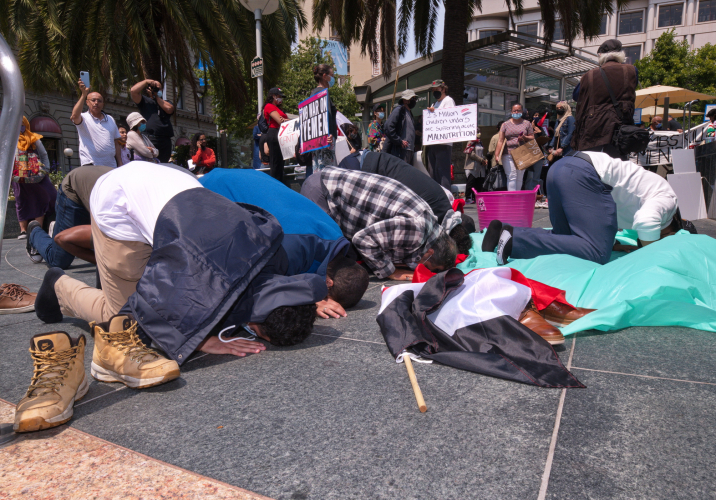 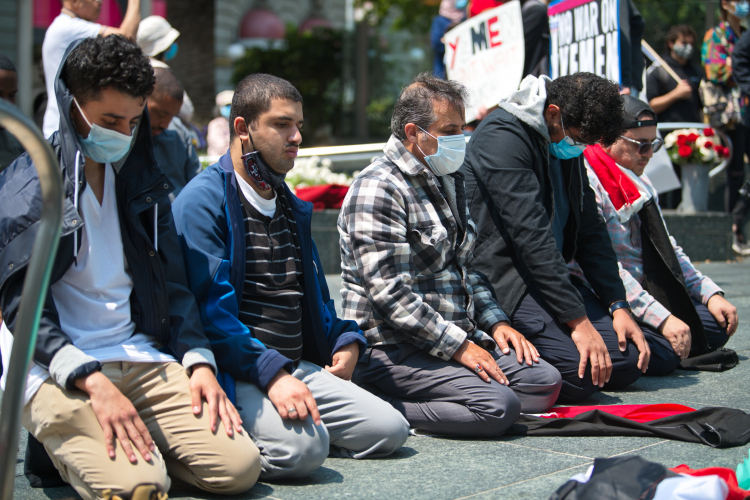 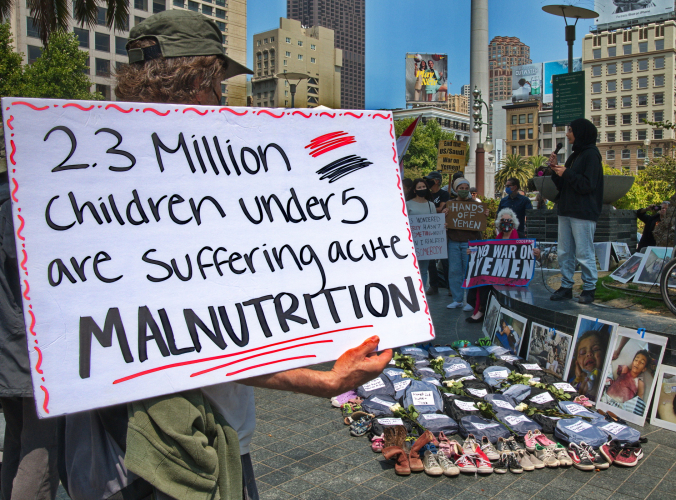 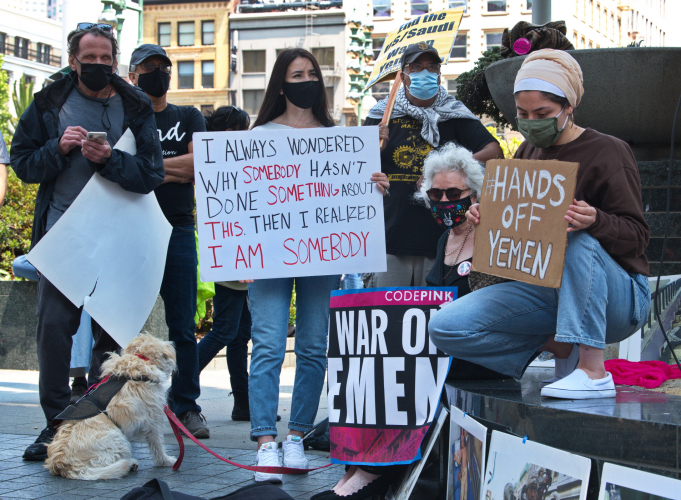 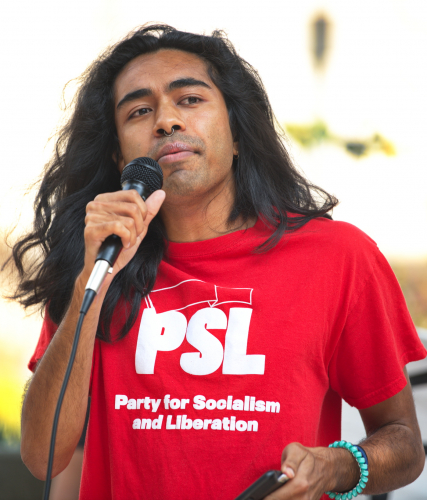 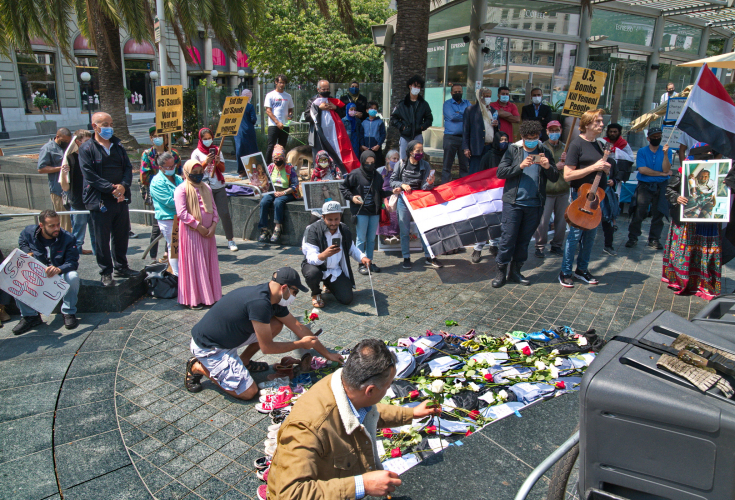 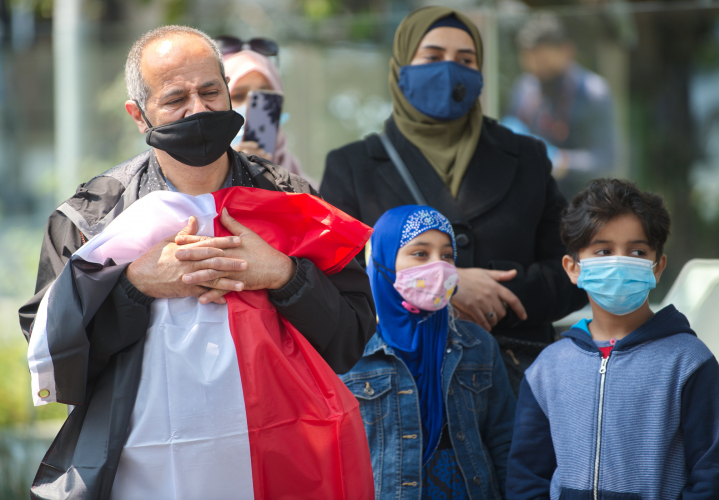 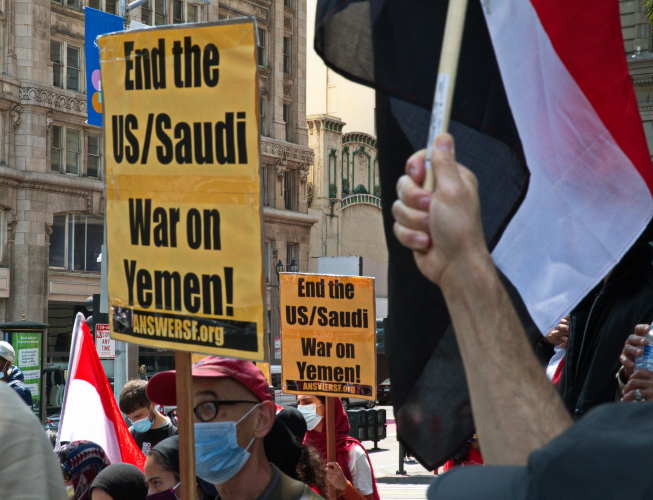 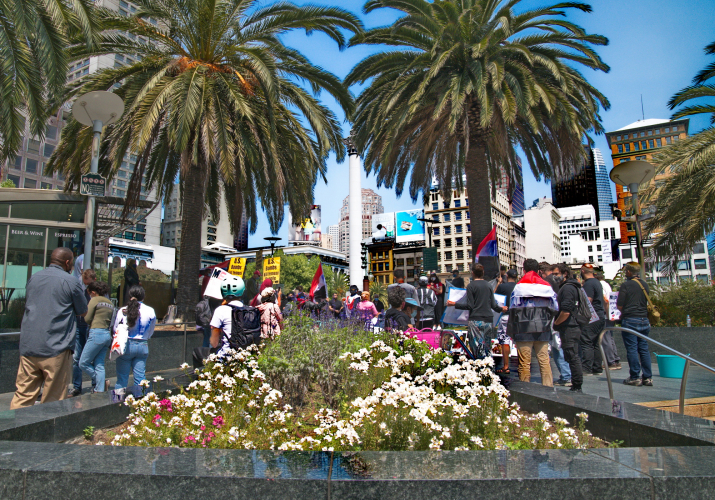 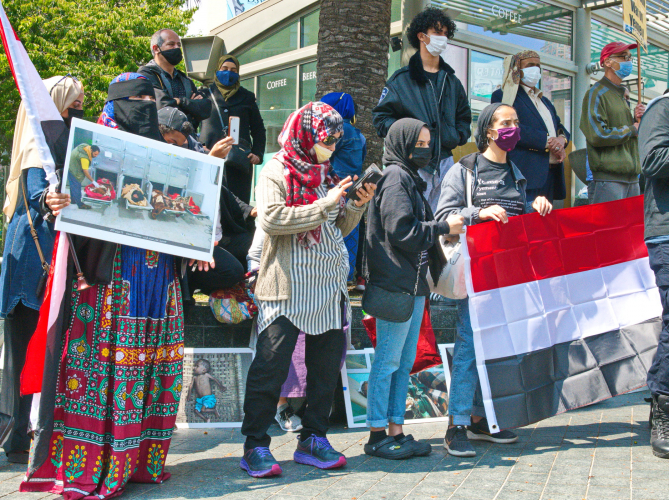 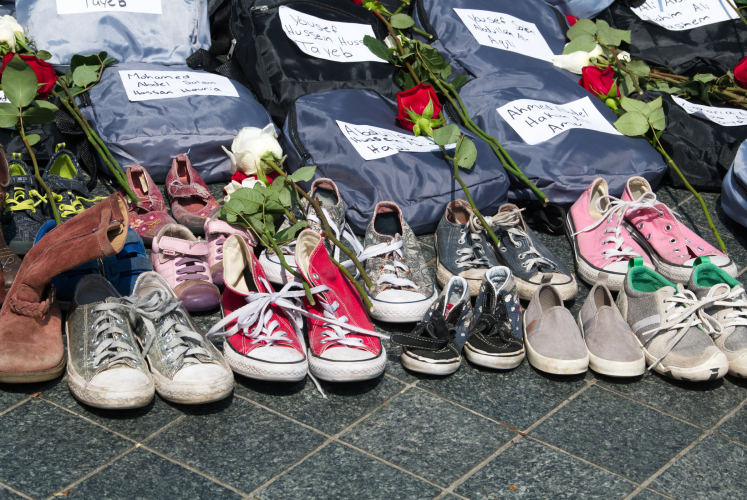 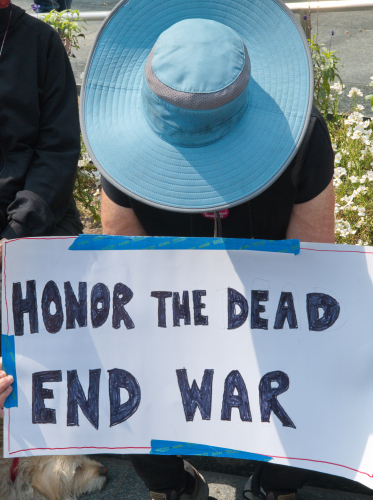 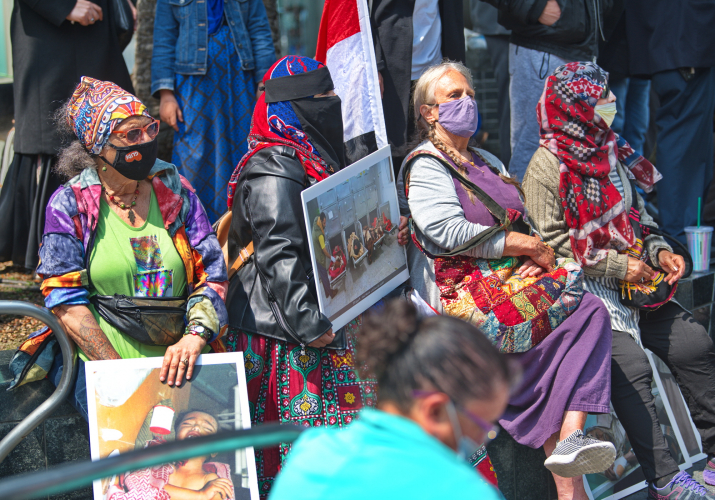 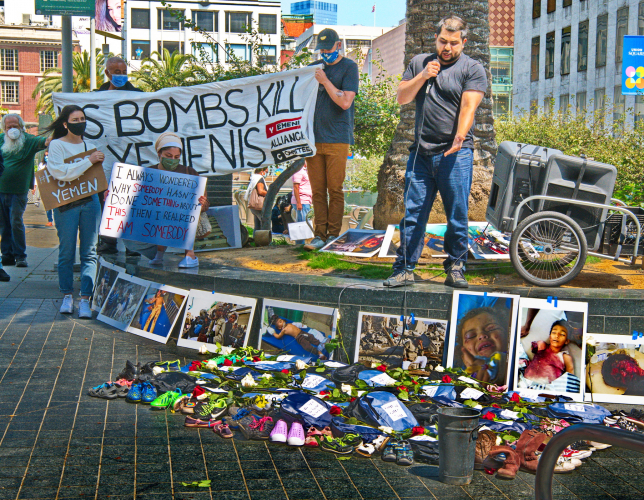 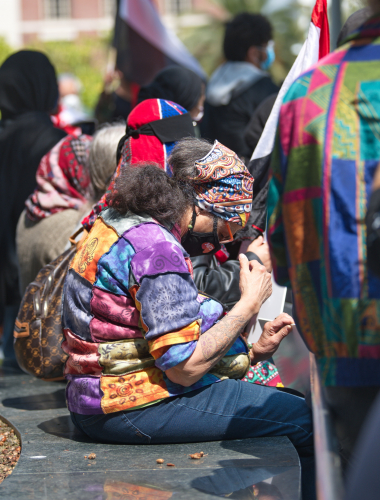 original image (1400x1842)
Add Your Comments
Support Independent Media
We are 100% volunteer and depend on your participation to sustain our efforts!