Add an Event
Newswire
Calendar
Features
Home
Donate
From the Open-Publishing Calendar
From the Open-Publishing Newswire
Indybay Feature
Related Categories: International | Labor & Workers
Chinese Investors Wage Union Busting War On Namibian MUN Mine Workers
by Labor Video Project
Monday Aug 2nd, 2021 3:58 PM
Chinese investors both state and private in Namibia are engaging in a massive union busting campaign against the Mineworkers Union Of Namibia breaking strikes with the use of Chinese nationals and also firing union leaders including the 9 MUN union executive members of the Rossing Mine which is owned by the Chinese National Nuclear Corporation CNNC. 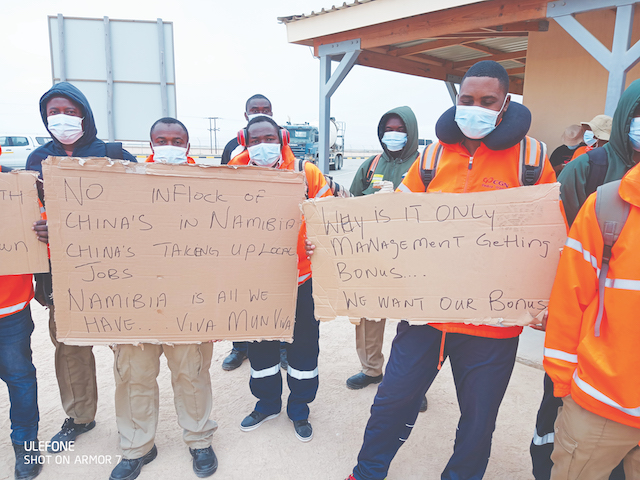 Protests, strikes and frontal attacks on leaders and members of the Mineworkers Union of Namibia are taking place throughout the country.

Namibian MUN members have been organizing a fightback and defense of labor and democratic rights on the job. They also face replacement on their jobs by Chinese nationals who are not working under MUN union contracts and also flagrantly violate Namibia national labor laws and protections. 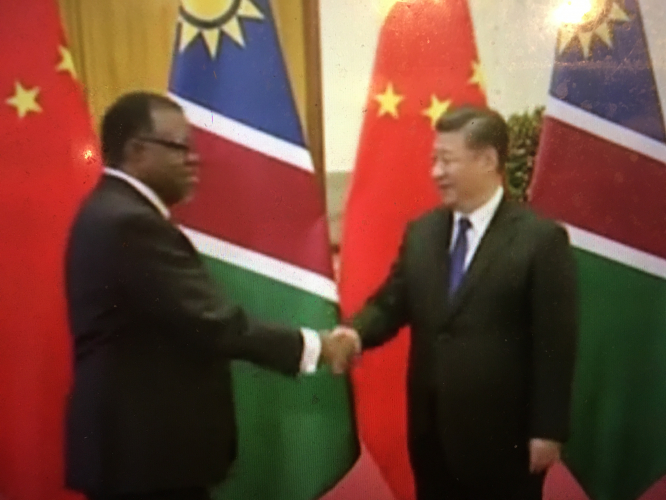 original image (4032x3024)
The Chinese government and the Chinese National Nuclear Corporation CNNC promised to abide by union contracts and the national labor laws of Namibia but they are blatantly violating union contracts and the national labor law of Namibia. They are also bringing in Chinese nationals to take over jobs of Namibians in the MUN mines throughout the country.
https://youtu.be/apVZG3MCHkE
§Stop Exploiting Our People
by Labor Video Project
Monday Aug 2nd, 2021 3:58 PM 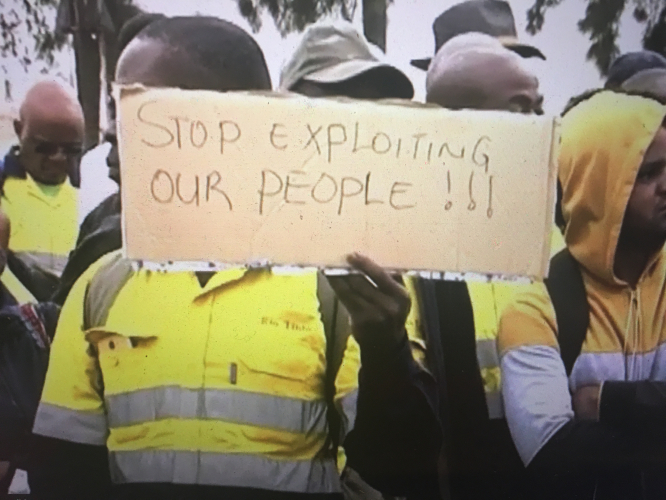 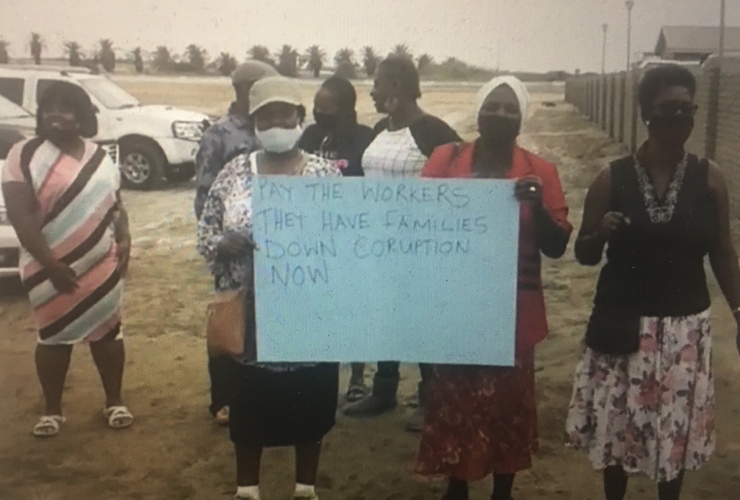 original image (3674x2480)
At the labor arbitration for the dismissed 9 MUN Rossing Executive members, women hotel workers who have also been fighting for justice joined the action in solidarity.
https://youtu.be/apVZG3MCHkE
Add Your Comments
Support Independent Media
We are 100% volunteer and depend on your participation to sustain our efforts!