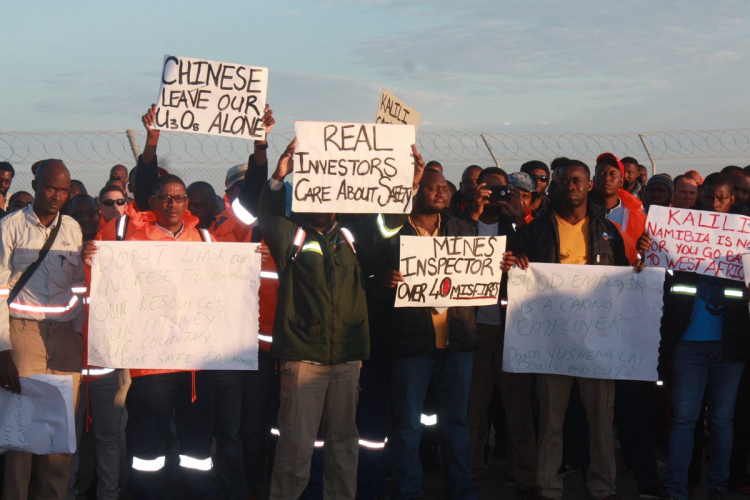 original image (1200x800)
Namibian miners and their families are protesting the systemic union busting by Chinese state and privately owned mines in Namibia. Chinese nationals are being allowed to replace Namibian miners on the job and if they go on strike.
https://ilscnamibia.wordpress.com
§Namibian Miners At Husab Uranium Miner Present Petition To Chinese Manager
by ILSCTNM
Sunday Aug 1st, 2021 2:38 PM 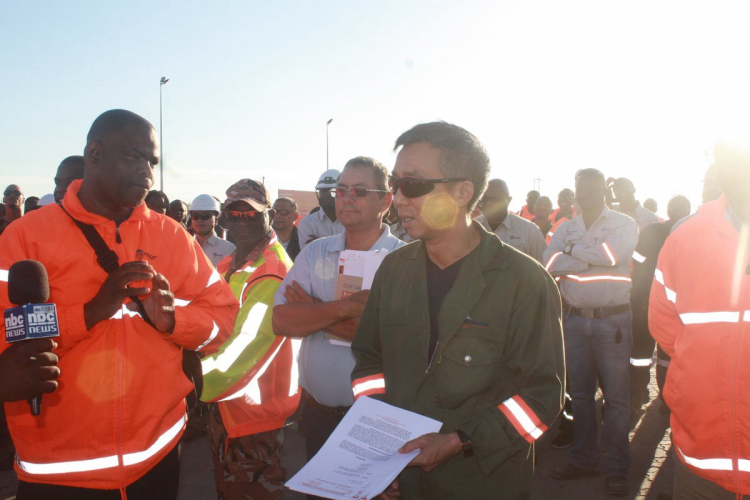 original image (1200x800)
MUN Husab uranium miners union protested the replacement of Namibian miners with Chinese nationals for jobs that can be done by Namibian workers. At the Rossing, Husab, Best Cheer and other Chinese owned mines the bosses are bringing in Chinese nationals to replace Namibian workers who have the skills to do the job. These replacement workers are told by their bosses that they are not bound by the Namibian union contracts and Namibian national labor laws. The government SWAPO has allowed the flagrant violation of labor laws by the Chinese investors and their is systemic corruption in the government.
https://ilscnamibia.wordpress.com
Add Your Comments
LATEST COMMENTS ABOUT THIS ARTICLE
Listed below are the latest comments about this post.
These comments are submitted anonymously by website visitors.