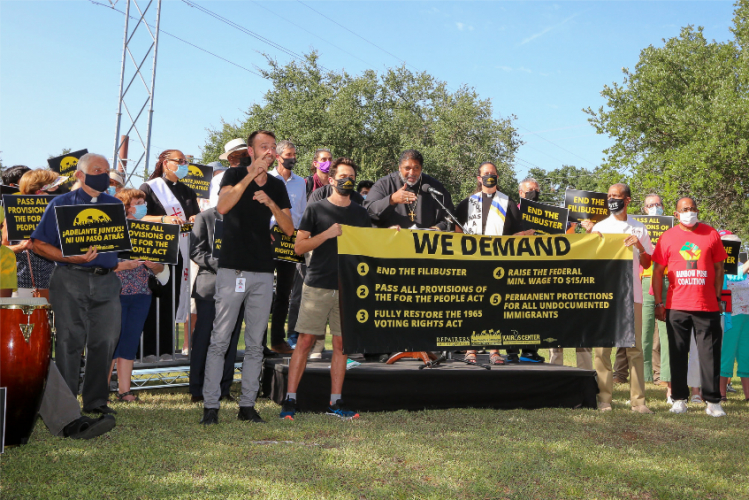 Join the protest livestream and online actions for all activists across the United States:


On August 2, the week of the anniversary of the signing of the 1965 Voting Rights Act, thousands will gather in Washington D.C. for a rally and direct action led by poor people,
low-wage workers and other activists for voting rights, immigrant rights, and economic justice.

1. End the filibuster
2. Pass all provisions of the For the People Act
3. Fully restore the Voting Rights Act
4. Raise the minimum wage to $15/hr
5. Establish permanent protections for all undocumented immigrants

Momentum has been building since this season began earlier this month. PPC members and allies all over the country have been arrested for acts of civil disobedience.

Monday, Aug. 2nd does not mark the end of this work, but it does give us the chance to lock arms from coast to coast for voting rights, immigrant rights, and economic justice!

The PPC released a letter to US senators demanding an end to the filibuster rule.

LETTER STATES: “The filibuster has been used to block civil rights, labor rights, voting rights, living wages, healthcare access, especially for poor and low-wealth Black, Brown, White, Asian and Indigenous people. The filibuster continues to facilitate idolatrous policy platforms about who deserves to thrive and who does not.”

Californians can, with a few clicks, send the letter directly to Senators Padilla and Feinstein.

Join in emailing this letter to our senators to demand an end to the filibuster (easy peasy!):
https://actionnetwork.org/letters/call-to-conscience-dont-filibuster-democracy


Or, you can call, email, or fax them directly to demand:

1. End the filibuster
2. Pass all provisions of the For the People Act
3. Fully restore the 1965 Voting Rights Act
4. Raise the federal minimum wage to $15/hr.
5. Permanent protections for all undocumented immigrants 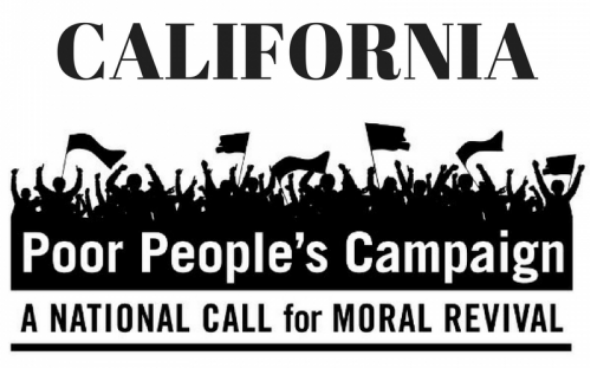 original image (1484x1484)
Add Your Comments
Support Independent Media
We are 100% volunteer and depend on your participation to sustain our efforts!