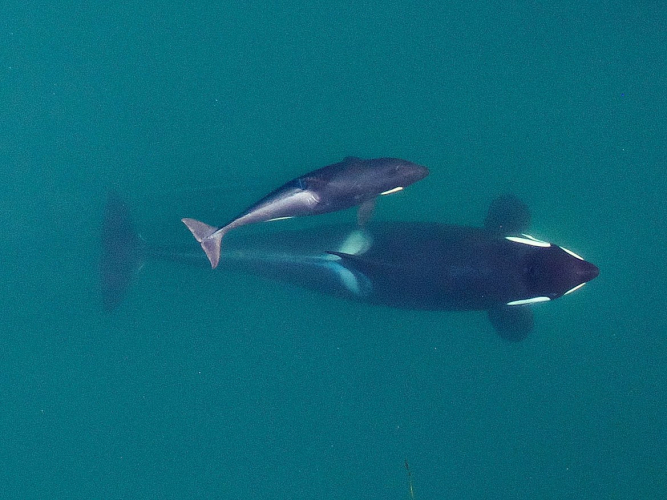 The final rule, which is more protective than the one proposed in September 2019, follows an April 2019 court-ordered agreement achieved after the Center sued the Trump administration in 2018 for failing to issue habitat protections required by the Endangered Species Act.

“These critically endangered orcas are finally getting the federal habitat protections they desperately need,” said Julie Teel Simmonds, an attorney at the Center. “This long-overdue habitat rule will help save these extraordinary animals and their prey from pollution, noise, harassment and habitat degradation. But we have to do more to help this endangered population rebound, including restoring the native salmon runs they need to survive.”

While these orcas spend much of the summer in the Puget Sound and Salish Sea (areas protected as critical habitat in 2006), they travel extensively along the West Coast during the winter and early spring, congregating near coastal rivers to rest and feed on migrating salmon.

The Center petitioned in 2014 to better protect areas off the coasts of Washington, Oregon and California. The Endangered Species Act prohibits federal agencies from authorizing activities that will destroy or harm a listed species' critical habitat. Animals with federally protected critical habitat are more than twice as likely to be recovering as species without it, a Center study found.

The Center has other pending lawsuits against the federal government to protect Southern Resident killer whales. A lawsuit filed in 2019 seeks an updated analysis of how Pacific salmon fishing is harming the orcas and management measures to reduce that harm, and one filed in 2021 seeks an analysis of noise pollution, contaminants and disturbance in the orcas’ Salish Sea habitat from dredging Seattle Harbor to allow larger container ships. 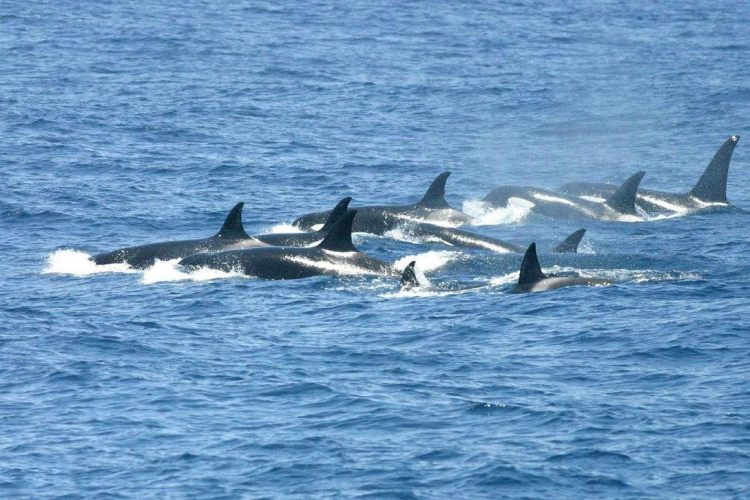 
Today we announced that we are expanding designated critical habitat for endangered Southern Resident killer whales. They will now include most coastal waters from Washington to Monterey Bay in California—formerly they encompassed only most of the inland waters of Washington. This designation encompasses waters where we now know that the Southern Residents hunt for salmon from West Coast rivers and other marine species.

We appreciate the nearly 2,000 comments on our proposal to expand the designated critical habitat. The Endangered Species Act defines critical habitat as areas with “physical or biological features essential to conservation of the species” that may need special protection.

While the expansion of critical habitat recognizes that the whales forage across much of the West Coast, it is unlikely to extensively affect coastal activities, such as fishing. That is because NOAA Fisheries and the Pacific Fishery Management Council, which provides recommendations to NOAA Fisheries on fishing seasons and regulations, already consider killer whales and Chinook salmon when setting salmon harvest quotas. NOAA Fisheries is currently taking comments on a proposal from the Council to limit commercial and recreational fishing in certain areas as far south as Monterey Bay in California in years when salmon returns are expected to be low.

NOAA Fisheries completed a biological opinion on the operation of dams on the Columbia and Snake Rivers in 2020. It considered the potential impacts on Southern Residents and their prey since they have long been known to feed on Columbia and Snake River salmon. The opinion found that hatchery salmon more than make up for any reduction in salmon numbers related to the operation of the dams.

Recent research based on the DNA signatures of West Coast salmon stocks showed that killer whales prey on salmon from a diversity of West Coast rivers. They span as far south as the Sacramento River and north to Canada and Alaska. Recovery actions for killer whales include:

The designation of critical habitat provides an extra layer of protection when a federal agency takes an action that could impact the critical habitat of the whales. It also sends the message that everyone on the West Coast has a role to play in supporting the whales’ recovery.

“While the Southern Residents may be best known in the Pacific Northwest, the whole West Coast can contribute to recovery of the whales and the salmon that they rely on,” said Lynne Barre, recovery coordinator for the Southern Residents. “Regardless of where they are foraging, they feed on a mix of salmon from different West Coast rivers. That means the way we all use water, the way we protect habitat, how we handle our storm runoff—it all makes a difference.”

There was one notable change from the coastal critical habitat NOAA Fisheries originally proposed in November 2019. This was changed to reduce the excluded buffer area around the excluded Quinault Range Site, which is used by the Navy for various training and testing activities in support of military readiness. The final designation also includes a biological explanation of how human-induced noise impacts the conservation value of the designated critical habitat for endangered Southern Resident killer whales.

NOAA Fisheries is responsible for the stewardship of the nation's ocean resources and their habitat. We provide vital services for the nation, all backed by sound science and an ecosystem-based approach to management:

NOAA Fisheries, also known as the National Marine Fisheries Service, is an office of the National Oceanic and Atmospheric Administration within the Department of Commerce. We have five regional offices, six science centers, and more than 20 laboratories around the United States and U.S. territories, and we work with partners across the nation.
https://www.fisheries.noaa.gov/
Add Your Comments
Support Independent Media
We are 100% volunteer and depend on your participation to sustain our efforts!