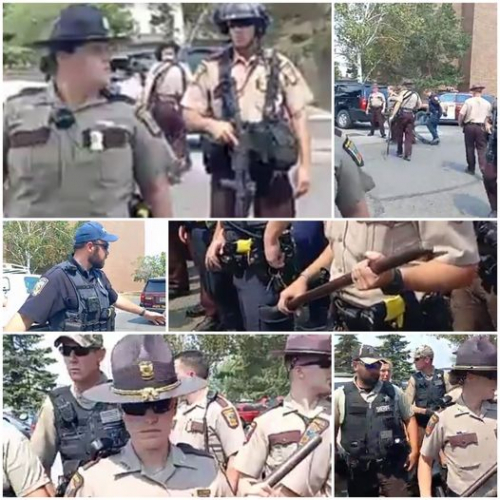 THIEF RIVER FALLS, Minnesota -- A mob of Pennington County cops swarmed a lone Red Lake Native Youth Water Protector when he went to a restroom in Thief River Falls. He had just been released from jail for protecting the water.

When other Water Protectors rushed to his aid, they were brutalized by Sheriff's deputies who provoked the arrests. Police refused to give any reason for the attack on the lone Water Protector. Two arrests were made, one person can be seen being dragged away. The Red Lake tribal member who was mobbed by police initially was released because there were no charges.

The Water Protectors are protecting the rivers from Enbridge Line 3 in northern Minnesota.

"Two people were rearrested near the court house yesterday right after their release. They (police) tried to swarm and handcuff a Red Lake youth outside of a bathroom in town. When we came out they had 15 officers waiting to arrest him.

One, who is like a camp mother, whom we all come to love, was hugging his arm and refused to let go, the other kept constantly asking why they were arresting the Red Lake youth and they arrested him too.

We only want to ensure the survival of our water.

What do we do when the water is under attack?"

Camp Migizi described the assault by police as it happened:

Today, July 26th at around 3 pm, Pennington County cops brutalized water protectors who were peacefully welcoming 20 friends out of jail in Thief River Falls. These were the same cops who brutalized and arrested indigenous people on Friday morning as they held ceremony.

As a Red Lake Nation Tribal Member was exiting a gas station where he had used the bathroom, more than 10 cops detained him without warning. When his comrades outside the jail saw what was happening, they ran over to ask what basis the cops had to detain him. Without answering, the cops quickly formed a line and took out their batons.

They beat multiple water protectors, throwing one into the brick wall of the gas station. Two were tackled and arrested, again with no legal justification. The cops had to release the initial detainee only 15 minutes later, since they had no basis for detaining him. The two arrestees are still in jail.

Pennington County Police Department has repeatedly displayed their racism and their brutality. More than anything, they've displayed their willingness to ignore the law, treaty rights, and basic morality in their effort to suppress water protectors and defend the multinational corporation that gives them their paychecks. Now more than ever, Red Lake Treaty Camp needs your support.
Video: https://www.facebook.com/MigiziWillFly/
https://bsnorrell.blogspot.com/2021/07/pol...
§
by Brenda Norrell
Tuesday Jul 27th, 2021 9:40 AM 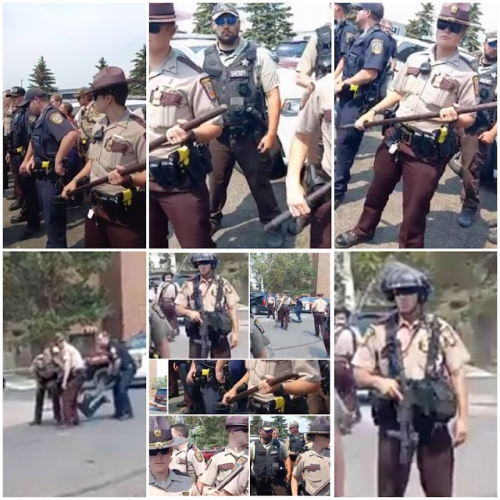 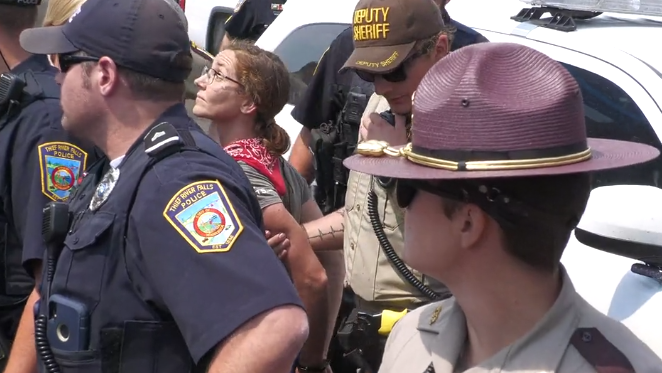 Sheriff's deputies in Thief River Falls, Minnesota, on Monday, stalked a lone Red Lake Native Youth, when he was released from jail for protecting the water on Monday. Then police provoked without cause the arrests of two Water Protectors coming to his aid.
https://bsnorrell.blogspot.com/2021/07/pol...
§
by Brenda Norrell
Tuesday Jul 27th, 2021 9:40 AM 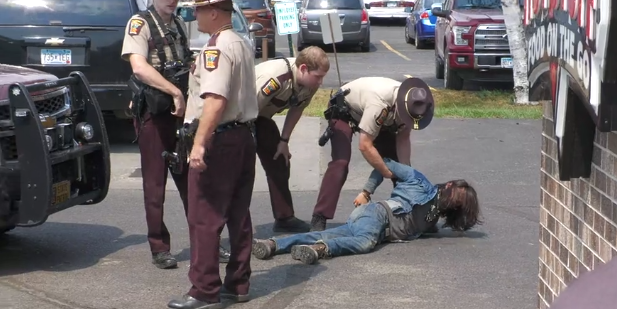 Sheriff's deputies in Thief River Falls, Minnesota, brutalized Water Protectors, after stalking a Red Lake Native Youth when he went to use the restroom. Then police provoked arrests without cause of those who came to his aid.
https://bsnorrell.blogspot.com/2021/07/pol...
§
by Brenda Norrell
Tuesday Jul 27th, 2021 9:40 AM 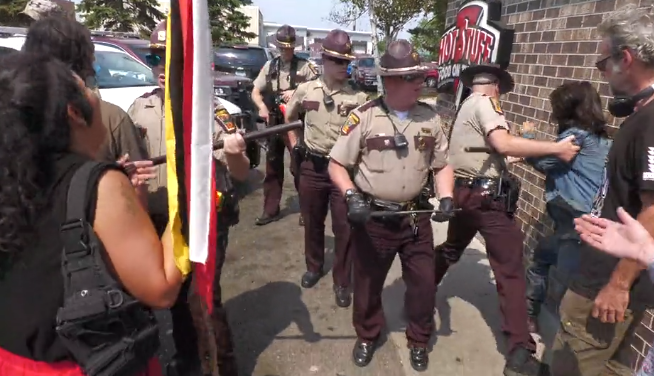 Out of control Sheriff's deputies in Thief River Falls, Minnesota, stalking lone Native youth and provoking arrests of Water Protectors.
https://bsnorrell.blogspot.com/2021/07/pol...
Add Your Comments
Support Independent Media
We are 100% volunteer and depend on your participation to sustain our efforts!