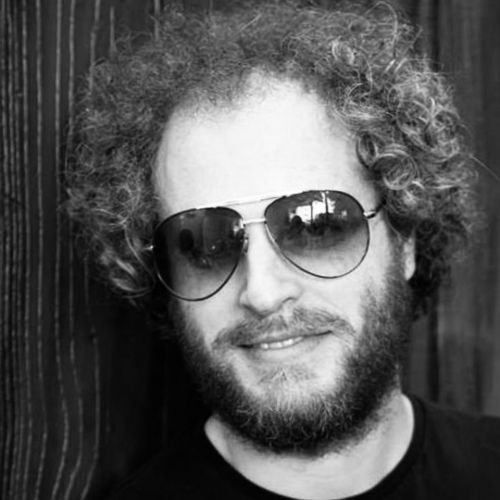 The San Francisco Mime Troupe is back again with political musical theatre in “Tales of the Resistance Volume 2: Persistence.” The Summer 2021 series follows up on last year’s program and is being offered in an online/radio format rather than traditional in-person performances due to the on-going pandemic.

Weekly podcasts will be released from July 4 to September 5, produced in a variety of radio-play genres including mystery, adventure, sci-fi and musical. Themes include institutionalized racism, the destructive forces of capitalism and the movement to shift community safety away from police. There are also special discussions scheduled with activists and artists on issues like police brutality and community safety, as well as podcasts that review key moments in revolutionary history like the 1966 Ten Point Program of the Black Panther Party.

The artist behind the music and lyrics for this 62nd season of the Tony-award winning S.F. Mime Troupe is Daniel Savio, who lives in Atchison village in Richmond, California, which he describes as “a little communist utopia here in the Bay Area. Sort of.” Savio adds, “It’s a privately owned low-income housing development.” Savio is keyboardist for The 808 Band, a Bay Area hip-hop band. He’s also the son of 1960’s radical free speech activist Mario Savio.

COLLABORATIVE PROCESS
Daniel Savio told the Sentinel that he first hooked up with the Troupe in 2006; “I was a sub for a couple of dates. And then in '07 I played piano for the entire season. I wasn't in the band again until 2015 and I've been working with the Troupe ever since.” In 2018 Savio was invited to join the Mime Troupe collective which Daniel says is, “a little bit scary actually. You're seeing how the sausage is made.” He adds, “But it feels good to be part of a team doing what I consider really important work. It's a collaborative process.”

Savio is an alumnus of UCSC; he graduated in 2004 with a BA in Music. “I ended up at U.C. Santa Cruz because I was already interested in politics and social justice,” he recalls. “When I started college in Santa Cruz, I had a few friends who parroted what their parents had said to them, how Ronald Reagan was the greatest president ever. But by the end of college, they didn't think that anymore.” Savio validates, “In the years since college, people of my generation have become more political and further to the Left. We haven't grown more conservative as we've gotten older, as we were told was going to happen.”

FREE SPEECH
Back in 1968 Daniel’s mother and father were protesting in Berkeley for freedom of speech and an end to the U.S. war on Vietnam. He even participated in a sit-in on top of a Berkeley University police car. Before that, Mario Savio was helping African-Americans register to vote in Mississippi during Freedom Summer in 1967. In 2004 S.F. Gate reported that the, “FBI spied on Savio for years because he had emerged as the nation's most prominent student leader.”

Mario Savio's speech delivered at The Sproul Hall Steps on December 2, 1964 is worth recalling as the sentiment continues to resonate; "There is a time when the operation of the machine becomes so odious, makes you so sick at heart, that you can't take part; you can't even passively take part, and you've got to put your bodies upon the gears and upon the wheels, upon the levers, upon all the apparatus, and you've got to make it stop. And you've got to indicate to the people who run it, to the people who own it, that unless you're free, the machine will be prevented from working at all!"

“I was born in 1980, sixteen years after the Free Speech Movement,” Daniel Savio explains. “So, I grew up thinking of my father, Mario, as somewhat of a heroic figure. And my mother as well, but she was not as much of a public figure, although she was also involved. I grew up thinking of progressive politics as pretty normal. Ronald Reagan was an “assel” which was how I said "asshole" as a little child.”

This Sunday, July 18th, the Mime Troupe presents, “We Keep Us Safe: A Discussion on Racial Equity and Police Violence” which continues the discussion towards creating new systems of community safety without police. A press release from the Troupe warns, “A year after the murder of George Floyd, national sentiments around reforming and defunding the police are swinging back to their levels before BlackLivesMatter protests swept the nation in summer 2020. The majority of Americans still oppose diverting funding from police departments. Where do we go next?” Hosted by Kari Barclay, the conversation will highlight activists who have successfully reallocated budgets toward community-based interventions.

POLICE BRUTALITY
“The Mime Troupe show in 2015 was called Freedomland, which was about police brutality, primarily against people of color. That’s a topic that didn't go away, obviously. Why would it?” Savio asks rhetorically. “We discussed that issue in last year's show, and we're going to discuss it again this year.”

“The Mime Troupe has always had a triple purpose; entertainment, information and a call to action,” Savio sums it up. “We show people the facts to the point where they feel they have to take action. We try to show the world as it is and give people little hints of how the world could be. So hopefully they feel compelled to action.”

This year’s show is titled “Persistence.” It’s a quality that embodies the combined forces of patience and tenacity, the ability to simultaneously be settled into a long-term view while working toward justice today.

REVOLUTION & PERSISTENCE
“In the ‘60s, they thought they were having a revolution right then. I think that was naïve,” offers Savio. “Also, I'm not sure how I feel about revolutions in general. It's not that I think that incremental change is better, because I don't. But I think incremental change may be more effective in the long run. But sometimes in revolutions the wrong people get hurt, right? Not to say that it's good for anybody to get hurt, but people who were already hurting, get hurt. So hopefully, we want to try to avoid that.”

Savio continues, “Persistence has two sides. One is; keep going. Even though we don't know when, or if, we're going to win. And two; there are struggles that have tangible, real results that fall short of ultimate victory but are still worthwhile. We’re better off now because of the protests of Black Lives Matter and Occupy. But there's more still to be done.”

DSA AND BLM
“Working with the Mime Troupe is awesome because I feel like I'm helping people and I get to do art at the same time,” says Savio happily. “For people who are working directly with Democratic Socialists of America or BLM, I imagine that for them, it might be more difficult to feel like they're accomplishing something, but I really think they are. It's a struggle that's been going on literally for centuries and it isn't going to stop anytime soon.”

Savio agrees that our current U.S. institutions of politics, education, healthcare and safety were designed to consolidate wealth and power for a small minority.

Daniel Savio elaborates; “The institutions that we have were built for two purposes. One is to improve the lives of the people who are in control and have power. And the other is to provide just enough services for everybody else that they stay in their place. It's a little bit of a carrot and a stick situation.”


TEMPERED OPTIMISM
“In some ways, things have gotten a lot worse since Mario was active in the '60s,” reflects Daniel. “But do I feel like I've wasted my life trying to help people because I haven't been able to save the world? Well, no. I think it was worth it anyway. I think there's a line to be straddled between unrealistic hope and tempered optimism. Right? So, I hope. But I'm not unrealistic. Hope is kind of important for giving us the strength to carry on. That's part of persistence. Working with the Mime Troupe is a wonderful thing to be a part of and I definitely consider it a feather in my cap.” 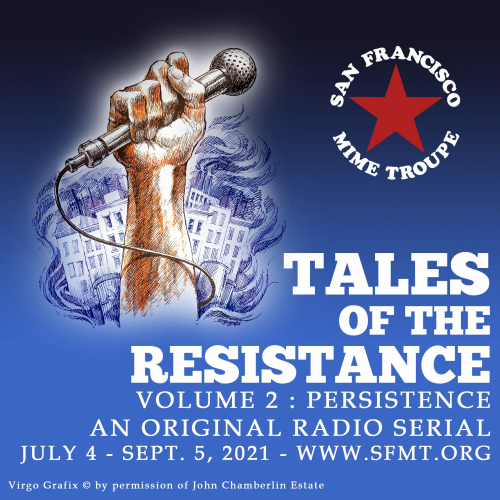 original image (1808x1808)
END_OF_DOCUMENT_TOKEN_TO_BE_REPLACED
Add Your Comments
Support Independent Media
We are 100% volunteer and depend on your participation to sustain our efforts!