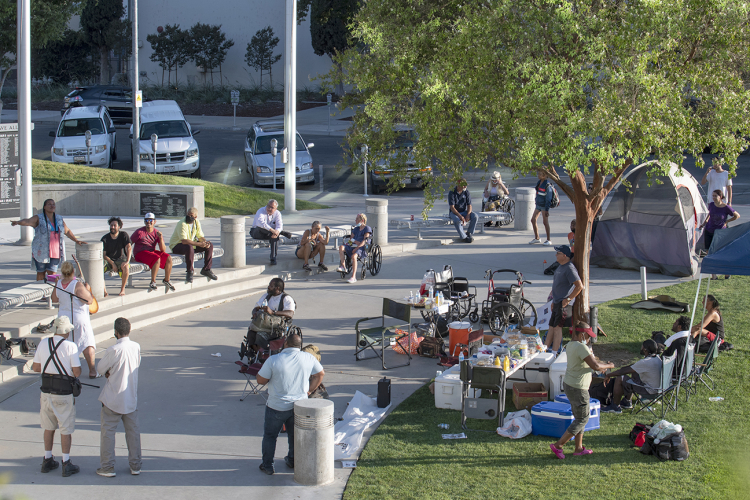 original image (1296x864)
On Tuesday the 20th of July, homeless activist Dez Martinez set up a tent on the lawn in front of City Hall and invited other activists to come through. She then put out a general call via internet messaging for more people to come by and set up tents on Friday the 23rd.

On that second day only a couple of tents went up, but around fifty supporters came. They spoke with each other and listened to presentations.

One of the activists at City Hall was Gordie Ochinero-Bermudez, who recently got media attention for doing a 450-mile bike ride to raise money for porta-potties for Fresno’s homeless. Ochinero was herself homeless for a time, and she has had mental health issues. She thinks mental illness is common among homeless people and should be treated. In fact, she thinks this is key.

“There's a core to the problem, and it's not addiction, it's not homelessness, it's mental health,” Ochinero said. “We have to go to that core. You can put them in shelters all day long, but you're not going to be successful unless you have help there and support and resources and an AA meeting, a therapist. Somebody who can go in there and say, ‘Hey, do you take medication? Do you have a dog? Hey, let us get your dog in a shelter.’ Like do the things that are going to help them emotionally, mentally.

“Homeless people are bipolar, have ADHD, and we suffer from a lot of mental illnesses. We're intense. And it’s really hard to listen to us because a lot of times, it takes us a minute to get to the right story. I think what they're doing is they're trying to help us in a way that doesn't reach us because we are so intense. And we do have extreme situations and circumstances that have happened. You can't come to us with just your education.”

Ochinero believes people who have experienced homelessness can help other homeless people, reaching out to them, knowing their situation first-hand.

Madison Allen is living at a motel converted to rooms for the homeless, thanks to an intervention by Dez Martinez. He regularly speaks at events she organizes.
In an interview, Allen shared his thoughts about the challenges of being homeless:

“There's been a hatred for the homeless for a long time, starting with the higher ups, you know. It's easy to take an ink pen and write [the homeless] off.

“Now you got to watch the police. They are going to come around with a garbage truck, pick up your little belongings.

“Being homeless is not just a place where you're hated. You're sleeping with one eye open at all times. When you're not watching people around you, you don’t know who might hit you on your head out here. If that don't get you, the weather might right now. Some people, older people, are getting heat stroke. The death toll is steady, rising all over California.” 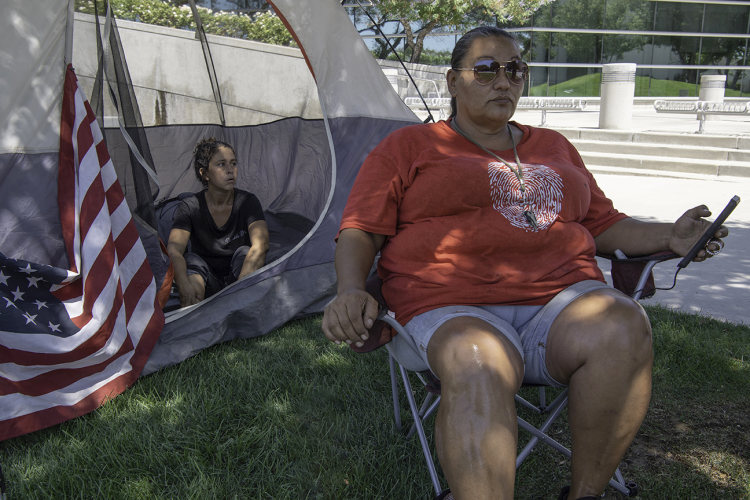 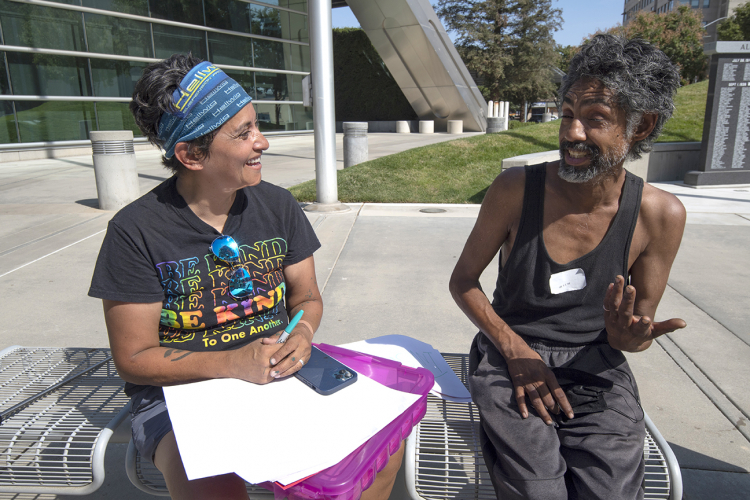 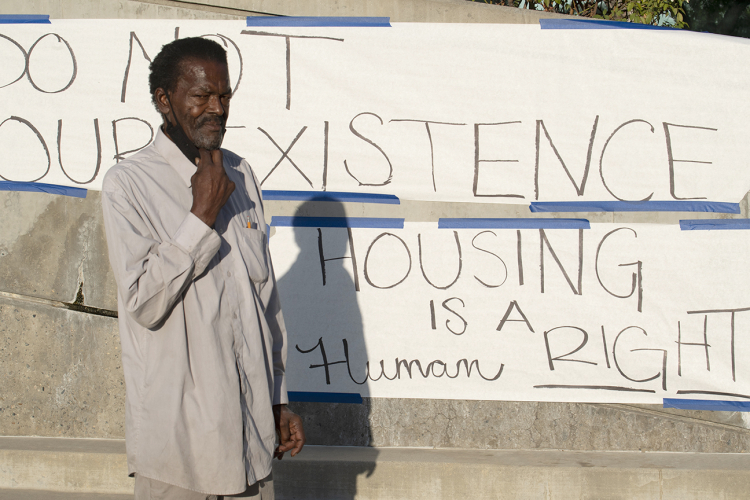 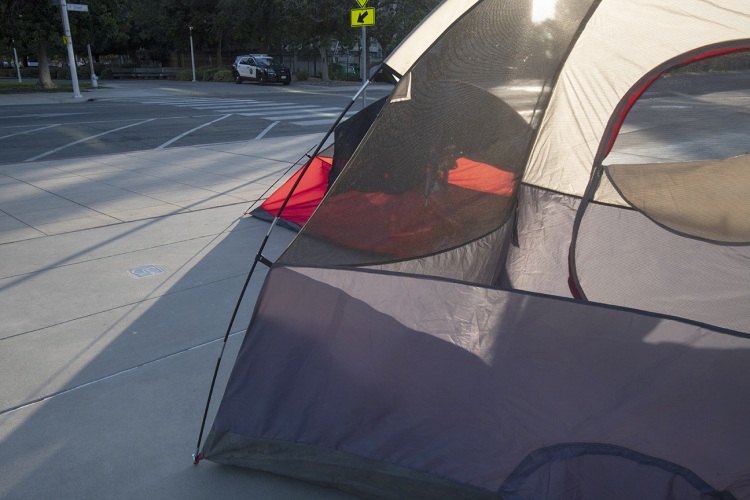 original image (1296x864)
Police in a Fresno PD SUV, seen in the background, watch the homelessness protest at City Hall. Protesters had put up two tents illegally.
Add Your Comments
Support Independent Media
We are 100% volunteer and depend on your participation to sustain our efforts!