Add an Event
Newswire
Calendar
Features
Home
Donate
From the Open-Publishing Calendar
From the Open-Publishing Newswire
Indybay Feature
Related Categories: Santa Cruz Indymedia | Police State & Prisons | Racial Justice
Indigenous Leaders Call for Justice in Murder of Indigenous Zapotec Youth in Salinas
by Justice for Gerardo
Saturday Jul 24th, 2021 3:21 PM
Indigenous-led organizations and communities across California are monitoring very closely the killing of Gerardo Chavez Martinez in Salinas, California by the Salinas Police Department. Gerardo was an Indigenous Zapotec youth who did not speak English and had limited understanding of Spanish. On Friday, July 16th, 2021, police were called to Gerardo’s home. During this encounter with the Salinas police, Gerardo did not understand the commands police officers were shouting at him in Spanish. As a monolingual Zapoteco speaker, he did not understand the commands to come out of his home and to raise his arms. Gerardo was shot 3 times and murdered by Police Officer Mario Reyes, Salinas Police Department. Gerardo unfortunately will not live to see his dreams of working to start a family of his own and support his siblings to continue going to school to have other opportunities out of the fields. 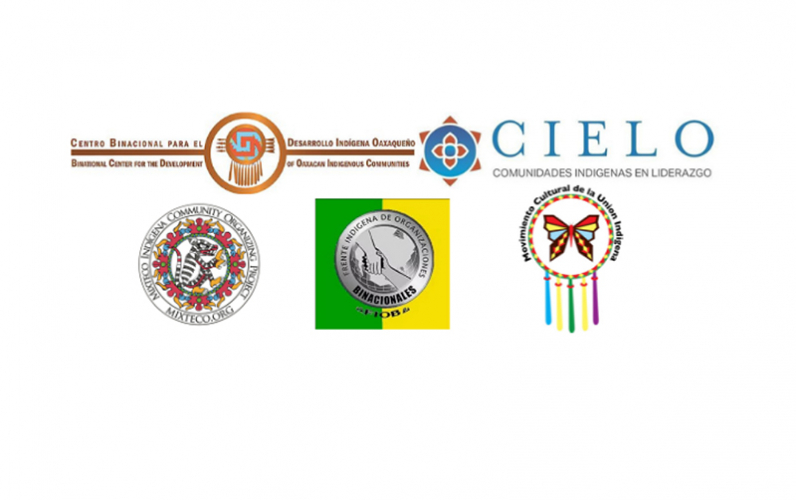 ● The California DOJ to re-open Gerardo’s case and investigate the shooting to determine Salinas’ Police Departments organizational capacity to interact efficiently and sensibly with the large Indigenous migrant population in their area.
● An independent review of Salinas Police Department’s practices around de-escalation techniques.
● Training for Salinas Department Police Officers to understand and communicate effectively with the linguistically diverse population they serve in Salinas which has a large segment of Indigenous peoples from Mexico.

Gerardo’s death occurs within a broader national epidemic of police killings(1) of Black, Brown and Indigenous men who have been taken too soon by a system built on criminalizing them on sight. Understanding that victims of police violence are often criminalized in official narratives, we remain critical of statements that represent Gerardo as dangerous and a threat to the public, as he was killed prior to being charged with any crime and will never have the opportunity for due process in a court of law.

As Indigenous Peoples(2) of the Americas, our community is all-too familiar with the lived experiences of systemic racism - in police treatment and violence in the inequities of housing, employment, and wages. The reality is that we continue to exist in systems that seek to do us harm. In a world where white mass shooters are often captured alive, it is not difficult to see the unjust application of force against Gerardo for holding a toy gun. We firmly believe in disarming as a response from police instead of shooting to kill. We believe Gerardo should still be here with us.

Our hearts are with Gerardo’s family and the Zapotec community of San Vicente Coatlan during this incredibly difficult time. We ask our supporters and the public to help the family with expenses in repatriating Gerardo to his ancestral homeland in Oaxaca. And we commit to remaining vigilant in demanding justice for Gerardo and all victims of police violence. 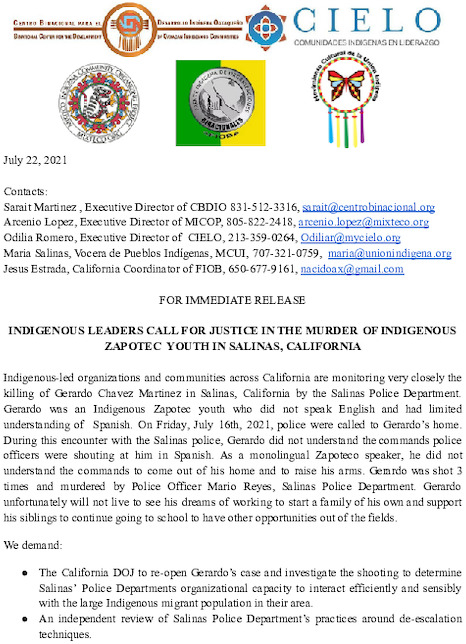 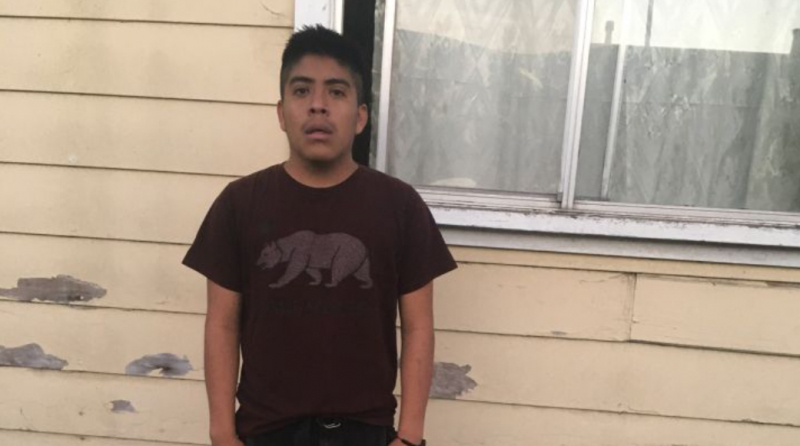 original image (1041x581)
Please help us rise funds for the family of Gerardo Martinez Chavez. His life was brutally taken by the Salinas Police Department on July 16,2021. Gerardo Martinez Chavez was a calm, respectful, friendly young man who's goal was to work to help his family, buy a home, and own a car. Gerardo was only 19 years old. On behalf of his family wishes, they would like to take him back to his traditional homeland to the City of Oaxaca, Oaxaca, Mexico. Please help his family put him to rest. At this time the Salinas Police Department has not given any further information to the family.

https://www.gofundme.com/f/gerardo-martinez-chavez
Add Your Comments
Support Independent Media
We are 100% volunteer and depend on your participation to sustain our efforts!