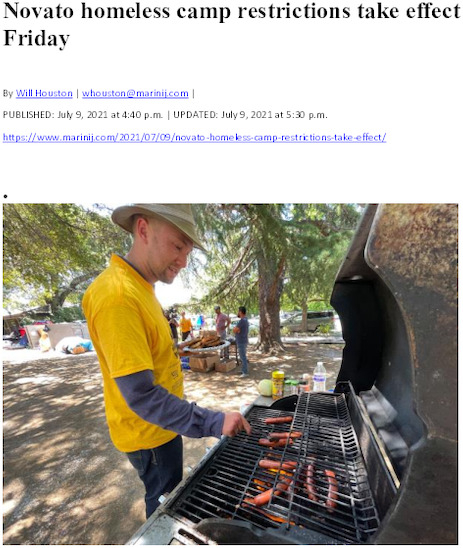 Download PDF (1.8MB)
WHY AND HOW
To assist and inspire any would-be legal eagles and/or simply lay activists interested in following in successful footsteps, here's both Prince's application for the court Injunction as well as the Court's positive response in Novato. Hard work by S.C. Homeless Union president and workers in large part compiled the evidence. Lont-time Court survivor Keith McHenry of the allied Food Not Bombs organization has repeatedly suggested that the legal arguments, gleened from prior applications could be mustered fairly quickly. This is something ordinary mortals could do without relying on cowed or overworked attorneys.

THE DOCUMENTS
Prince's Application for a Restraining Order: file:///C:/Users/Robert/Downloads/516121476-California-Homeless-Union-et-al-v-City-of-Novato-et-al-complaint(1).pdf [put this link in your browser to see the full document]

BACKGROUND STORIES
Attached are several stories giving background (from an establishment perspective of the Novato City Council's conniving against Camp Compassion and the unhoused folks in that town: from the Marin Independent Journal and the San Francisco Chronicle. For completeness and amusement, I add the Novato and Police Chief's statements as well.

§Text of the Application for Injunction
by Anthony Prince (posted by Norse)
Friday Aug 6th, 2021 1:12 PM 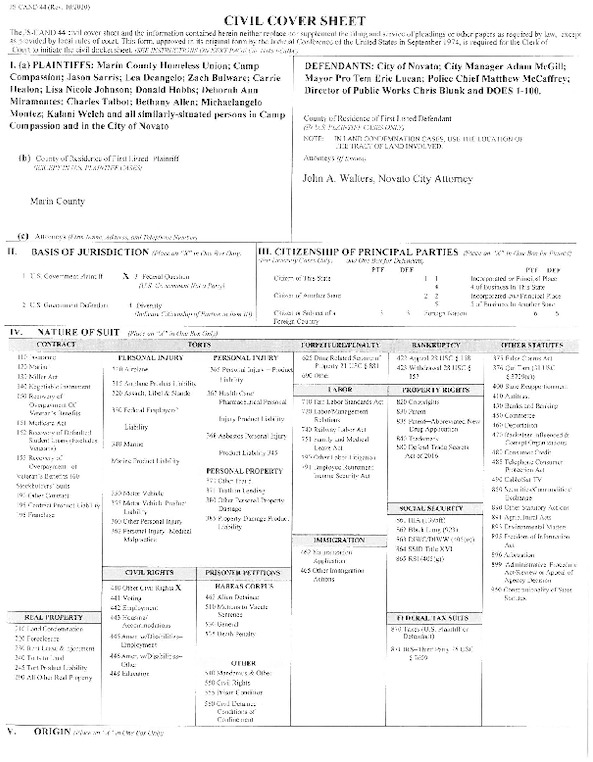 Download PDF (13.8MB)
The link above for Prince's application for the Injunction didn't seem to work recently. I'm posting my copy of the application here for those who want to draw inspiration and/or assistance from it:
Add Your Comments
LATEST COMMENTS ABOUT THIS ARTICLE
Listed below are the latest comments about this post.
These comments are submitted anonymously by website visitors.