Add an Event
Newswire
Calendar
Features
Home
Donate
From the Open-Publishing Calendar
From the Open-Publishing Newswire
Indybay Feature
Related Categories: California | Government & Elections
David Moore to run as the SEP candidate in the California gubernatorial recall election
by Socialist Equality Party US (repost)
Saturday Jul 24th, 2021 3:45 AM
The SEP is running in the California elections to provide an independent working-class voice demanding the eradication of the pandemic by placing lives over private profit. 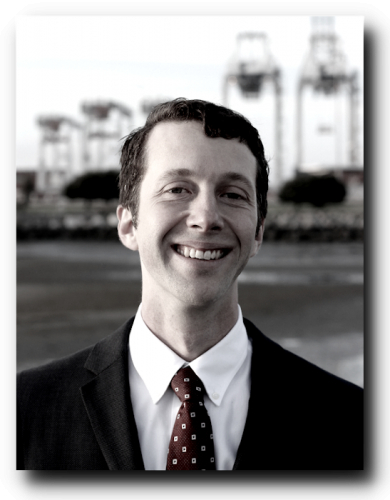 Socialist Equality Party (US) at the World Socialist Web Site

David Moore will be running as the Socialist Equality Party candidate in the September 14 California gubernatorial recall election. Moore will advance a socialist program to fight against the pandemic, inequality, war and dictatorship through the independent political mobilization of the working class against both the Democrats and Republicans.

Moore is a special education teacher in the Oakland Unified School District and has seen firsthand the impact of the pandemic on chronically underfunded schools. He grew up in a farming family in Ventura County and has firsthand knowledge of the harsh conditions facing workers in fields and packing houses across the state forced to work in dangerous conditions confronting mass infections and heat waves.

As a member of the SEP and writer for the World Socialist Web Site, Moore has written on and directly fought in the strikes of teachers, BART workers, nurses, and oil refinery workers. He previously ran as the SEP candidate for Senate in California in 2018.

The recall campaign has been overwhelmingly funded and driven by far-right forces seeking to overturn all public health measures that have not yet been scrapped by the Democratic administration of Governor Gavin Newsom.

For this reason, the SEP calls on California’s voters to vote no on the recall.

At the same time, Newsom and the Democratic Party bear direct responsibility for the catastrophic impact of the pandemic in California and throughout the US. The Democrats are a party of the ruling class, military and intelligence agencies. To fight against the far right and the growth of fascism, workers must organize independently of both big-business parties on the basis of a revolutionary, internationalist and socialist program.

Central components of Moore’s campaign will include:

1. For an internationalist and socialist strategy to eradicate COVID-19!

The election is being held as COVID-19 infections are once again surging in California and across the globe due to the disastrous policies of local, state, and federal governments. The official global death toll is over four million, but a recent report estimates that at least four million people have died in India alone. The real global death toll is likely well over 10 million.

This is a monumental catastrophe for which the ruling classes of all the major countries are responsible, but particularly the United States, long the epicenter of the pandemic. As COVID-19 spread in the first months of 2020, Democrats and Republicans rapidly passed $2.5 trillion in bank bailouts to boost stock prices and support the rich through the CARES Act, while leaving workers and small businesses to suffer under a patchwork of haphazard, local, and utterly insufficient public health and social support measures.

Newsom’s decision to end state requirements to contain the pandemic on June 15 and tie school funding to reopening in person was a reckless effort to try to appease the far-right forces seeking his recall.

COVID-19 can only be eradicated as part of a global strategy, but California’s workers can play a major role by forcing the closure of nonessential businesses and in-person schooling, with compensation to workers and small business owners until the pandemic is contained.

2. For social equality and a massive redistribution of wealth!

Since the beginning of the pandemic, the stock market has reached new record highs despite the massive growth in unemployment and dire conditions facing the working class. The Dow Jones Industrial Average is up 16 percent from before the pandemic began and is nearly three times higher than before the 2008 economic crisis.

California’s billionaires have made out like bandits, primarily through government handouts and bleeding their workers dry. To name just a few of the state’s richest:

The wealth of the ruling elite must be seized and utilized to meet the urgent social needs of the working class, including a massive investment in education, health care and social services.

The recall campaign in California is part of a broader strategy of the far right to oppose all necessary restrictions on the pandemic. This has been accompanied by the ever more open transformation of the Republican Party into a fascistic organization under the leadership of Donald Trump.

The fascistic insurrection on January 6 was part of a broader conspiracy led by Trump to overturn the results of the election and establish a dictatorship. The operation was carried out with the complicity of top Republicans, including the current House minority leader and representative from California, Kevin McCarthy.

While Trump did not succeed with his immediate aims, the threat continues. In response to the growth of social anger and opposition in the working class, a faction of the corporate and financial elite is turning toward fascism. The Democrats, a party of Wall Street and the military, have worked throughout to cover up the extreme danger and block any popular mobilization against the far right.

4. Defend the rights of immigrants!

Perhaps the cruelest aspect of the policies of the Trump administration, which aroused mass hostility in California, was its persecution and abuse of immigrants. Trump took the internment camps already built under Obama—who deported more immigrants than any previous president—and added the wall, deliberately separated children from their parents, and encouraged brutality on the part of ICE and the Border Patrol.

Rather than reverse these policies, Biden has built on them, summarily expelling all arriving adult immigrants and many children, using the pretext of the health risk due to the coronavirus. Administration representatives, with Vice President Kamala Harris, the daughter of immigrants, at the forefront, have warned refugees against coming to America. The administration’s anti-China campaign has helped fuel anti-Asian attacks.

The SEP fights to unify the working class. We oppose all efforts to divide workers along the lines of gender, ethnicity, skin color or national origin. The multinational, multiracial protests against the police murder of George Floyd showed the instinctive striving of working people to wage a common struggle, across all such lines of division. We uphold the right of working people to live and work in the country of their choice.

5. No to imperialist war!

The Biden administration seeks to outdo Trump in its militaristic threats war against Russia and China. Biden’s military budget is even larger than Trump’s, and he embraces the strategy of preparing for “great power conflict,” which threatens nuclear war.

The Biden administration has rehabilitated the racist conspiracy theory pushed by Trump that China is responsible for COVID-19. Both presidents have tried to deflect blame for their own disastrous handling of the pandemic by blaming a foreign “enemy.”

There is no difference between the Democrats and Republicans when it comes to waging war in the Middle East, including drone missile assassinations; targeting governments in Latin America and the Caribbean for subversion and overthrow; and upholding the “right” of American imperialism to dictate to every country in the world.

The SEP calls for the trillions squandered on war and militarism to be redirected to addressing basic social needs.

6. For the political independence of the working class! Fight for socialism!

None of the problems confronting workers in California, across the US and throughout the world can be resolved within the framework of capitalism. Whether it is the pandemic, the spread of wildfires, climate change, poverty, homelessness, and unemployment—a rational and scientific response based on the interests of the working class requires an end to the capitalist system.

The gigantic corporations and banks must be turned into public utilities, run on the basis of social need, not private profit.

The objective basis for a socialist movement is the growth of working-class struggle. The pandemic has enormously intensified class conflict in the US and internationally. Workers are beginning to fight back, from Volvo autoworkers in Virginia, Frito-Lay workers in Kansas, mine workers in Alabama, and teachers and health care workers throughout the country. These struggles are part of a growing movement of workers throughout the world.

The SEP campaign of David Moore will fight to unify these struggles through the development of a coordinated network of rank-and-file committees, independent of the corporatist unions, which have collaborated at every point with the corporations and the state in enforcing the demands of the ruling class.

Above all, this movement must be armed with a socialist program, perspective and leadership. We call on all our supporters and readers in California to sign up to support the campaign of David Moore for governor. If you are a US citizen or permanent legal resident, you can donate to the campaign, even if you don’t live in California.

Support the campaign of David Moore for Governor! Take up the fight for socialism!

https://www.wsws.org/en/articles/2021/07/2...
Add Your Comments
§We Are Voting No on Republican Recall
by Stop Waste of Our Tax Dollars
Saturday Jul 24th, 2021 10:41 AM
We are all voting No on the Republican Recall. See
https://stoptherepublicanrecall.com/
The cost of the recall could be $400 million. See https://www.sfgate.com/politics/article/2021-05-Gavin-Newsom-recall-costs-who-pays-expense-16160429.php
The taxpayers could pay $215 million, money we need to vaccinate people and fight poverty, wildfires and drought. See https://newswest.org/newsom-recall-cost-to-california-taxpayers-215-million/
and
https://elections.cdn.sos.ca.gov/recalls/dept-finance-letter.pdf

Since you are telling people to vote no, you have no reason to run any candidate.

Only a Republican can win when there are 46 candidates claiming to be able to do better than Governor Newsom. The Republican Party is staunchly pro-Nazi Trump, against raising the minimum wage, supports the death penalty, opposes the right to abortion, opposes public financing of affordable housing and more. The Republican Party is a fascist party and has been a fascist party since the 1930s. The fantasy about this fascist recall making things better is ridiculous.

Governor Newsom has nothing to do with the vaccine refusers who are not getting vaccinated and causing the current surge, despite the fact that most CVS and Walgreens pharmacies have free vaccines available, as do many public health centers and many hospitals, both public and private. California is doing quite well in that 63% of us have received at least one shot, compared to the worst states, like Mississippi, where only 38% have received at least one shot. See https://www.bing.com/search?q=vaccination+covid+19&qs=LS&pq=vacc&sk=FT1LS2AS1&sc=8-4&cvid=0A4E7D98A4A544DA9776F86C65967000&FORM=CHRDEF&sp=5

You can register to vote until August 30, 2021 for this election. For more on voter registration and signing up to be a permanent vote by mail voter so you can vote in the comfort of your home within 30 days of an election, see
https://www.sos.ca.gov/elections/voter-registration/vote-mail#vote-by-mail

All San Francisco registered residents will receive a vote by mail ballot. See https://sfelections.sfgov.org/vote-mail
The sooner you mail or hand-deliver your ballot to your elections department, the better.
https://stoptherepublicanrecall.com/
Add a Comment
Support Independent Media
We are 100% volunteer and depend on your participation to sustain our efforts!