Add an Event
Newswire
Calendar
Features
Home
Donate
From the Open-Publishing Calendar
From the Open-Publishing Newswire
Indybay Feature
Related Categories: U.S. | Racial Justice
Navajo Family Desperate in Search for Missing Ella Mae Begay
by Brenda Norrell
Thursday Jul 22nd, 2021 11:39 AM
Ella Mae Begay, 62, Navajo, has been missing for over a month from her home in Sweetwater on the Navajo Nation in the Four Corners area. Her family is walking, desperate for information about her disappearance. 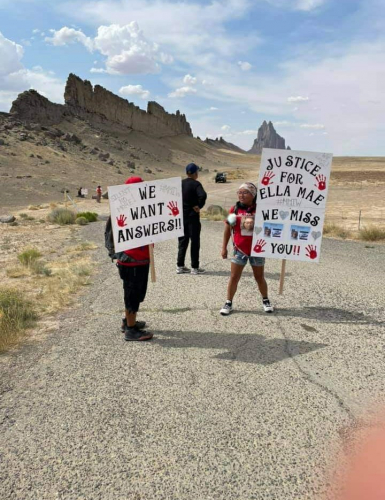 original image (720x935)
Seraphine Warren began her walk alone, desperate for help to find her Aunt Ella Mae who disappeared in Sweetwater over a month ago. On Wednesday, after a tearful appeal on local television news, family and friends joined her.

SWEETWATER, Arizona -- The family of Ella Mae Begay, 62, of Sweetwater on the Navajo Nation is desperate for help finding her. Begay was reported missing on June 15. Now over a month later, there are no clues to what happened to her. It is now a homicide investigation.

Seraphine Warren is now walking to bring awareness and get answers about her missing Aunt Ella Mae.

Ella Mae Begay was reported missing on June 15 in Sweetwater, Arizona, on the Navajo Nation west of Shiprock, New Mexico. Searches by foot, helicopter, K9 and drone have been conducted.

Her family says they are frustrated and feel like they've been left in the dark by law enforcement and the tribal government.

Preston Tolth was identified as a person of interest. He was arrested for unrelated battery charges and held in Crownpoint, New Mexico, before transfer to San Juan County. A search for Begay was carried out in nearby Thoreau, which is east of Gallup.

So far, more than $6,000 has been raised as a cssh reward in a fundraiser for information.
https://www.gofundme.com/f/bring-ella-mae-begay-home

Distinctive characteristics of her truck are a missing gas cover plate, black-tinted windows, chrome decals on the fender, chrome side-steps and the tailgate is permanently down with a spare tire in the back. 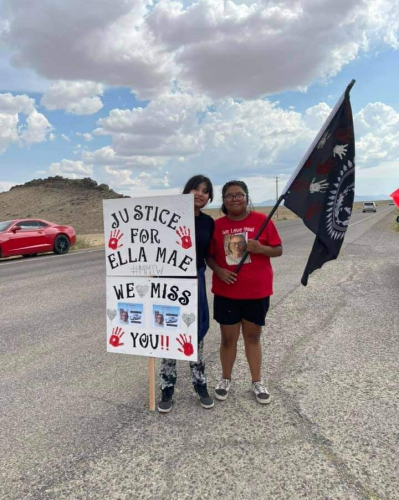 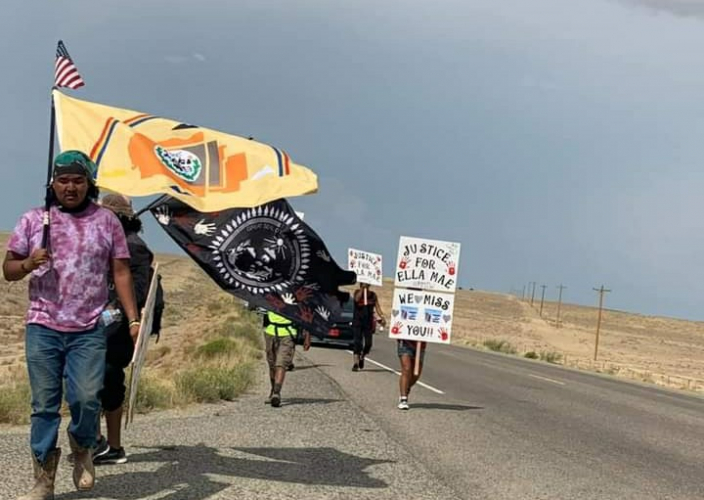 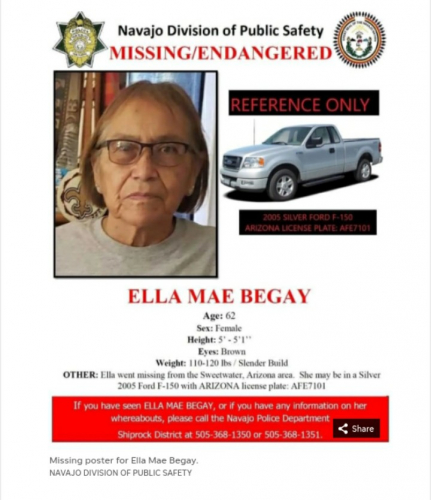 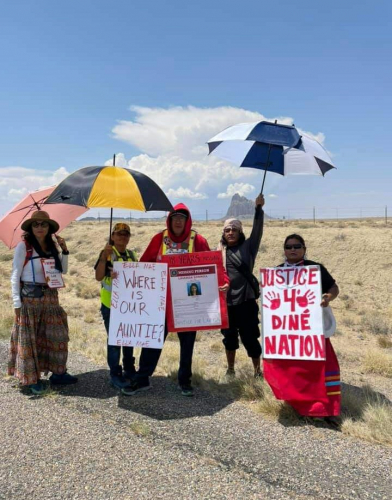 original image (720x917)
https://bsnorrell.blogspot.com/2021/07/fam...
Add Your Comments
Support Independent Media
We are 100% volunteer and depend on your participation to sustain our efforts!