Add an Event
Newswire
Calendar
Features
Home
Donate
From the Open-Publishing Calendar
From the Open-Publishing Newswire
Indybay Feature
Related Categories: East Bay | U.S. | Anti-War
The A.W.O.L. sailors of the USS Midway in Alameda and San Francisco during the early 70s
by Lynda Carson (newzland2 [at] gmail.com)
Monday Jul 19th, 2021 2:42 AM
The USS Midway in 1975 Off The Coast of Vietnam: 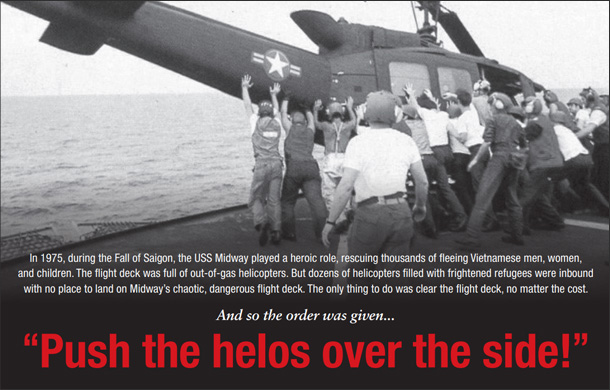 The A.W.O.L. sailors of the USS Midway in Alameda and San Francisco during the early 70s

Oakland - According to the Merriam Webster Dictionary, the definition of A.W.O.L. means “absent without leave,” a term used in the military for people who left their post, or the military without permission.

In the early 70s, as the Vietnam war was coming to an end, in protest against the war, and the military, many sailors from the USS Midway, an aircraft carrier, went A.W.O.L. after coming back to the Alameda Naval Station (homeport for the Midway), from the Gulf of Tonkin, and Vietnam. Many additional other sailors went A.W.O.L. when the Midway went to Hunters Point in San Francisco, to be dry docked for repairs to the ship during 1973.

I personally knew around 30 sailors from the USS Midway who went A.W.O.L from the Midway in 1973, and I used to visit many of them while they were shacked up together in some apartments in San Francisco. They were A.W.O.L. from the navy, in protest against the war, and the military.

The sailors I knew were all from the same division on the USS Midway while they were in the Tonkin Gulf of Nam, and they worked on the flight deck of the aircraft carrier handling bombs before they were dropped from jets during the war. After they got back to the states from the combat zone and the war, in protest the sailors decided that they had enough of the navy and went A.W.O.L. before the Midway shipped off to Yokosuka, Japan, where American military personnel were hated at the time.

Some detailed activities of the USS Midway during the war in Vietnam in 1972, may be found by clicking here.

Additionally, more detailed activities of the USS Midway during the war in Vietnam in 1973, may be found by clicking here.

A photo of some sailors on the flight deck of the Midway in 1972 with some bombs during the war, may be found by clicking here.

The U.S. forces withdrew from Vietnam in 1973, and Vietnam was reunited in 1975 when the government of South Vietnam collapsed after a full-invasion by North Vietnam. U.S. military advisors were involved in the war in Vietnam throughout the 1950s until the 70s.

During the war, protests against the war were occurring across the U.S., in small towns, and major cities including Chicago.

Sailors Go A.W.O.L. From USS Midway During The Vietnam War:

Protests against the war did not only take place in cities and universities across the nation, protests also took place in the military and on U.S. naval ships when sailors would go A.W.O.L. after coming back to the U.S. from Nam, and the Tonkin Gulf. Click here for more. Some military personnel also went A.W.O.L. in Nam and other countries as a form of protest against the war.

This was during a time that the Draft was still in effect, and people were being forced to enter the military against their will.

During the early 70s, the USS Midway, an aircraft carrier, was the flagship of the 7th Fleet during the Vietnam war, and was home-ported at the Alameda Naval Base when it was in port in the states from the war in Nam.

The Road Traveled To The Midway During The War:

Some of the sailors who protested against the war or the military went A.W.O.L. during the war from the USS Midway in 1972/1973 while in Alameda, or Hunters Point. Some of them eventually landed in what was known as Legal Hold, at 32nd St., in San Diego, at the Naval Air Station, to face prosecution or a court martial after they turned themselves in, which was before they were discharged from the Navy.

Once the sailors were in legal hold, some were placed in the brig, others were placed in a barracks, and some who were married stayed in apartments off-base along with their wives until they faced their prosecution, and possible dishonorable discharge from the navy.

Many sailors in Legal Hold refused all orders, and the navy had no choice but to eventually let them go, and discharge them from the military.

Resistance To The War & The Military By Sailors In The Early 70s:

In addition to sailors from the USS Midway being against the war and the military, reportedly, sailors from various other naval ships were against the war; “As the withdrawal of U.S. ground forces accelerated in 1971, the Nixon administration compensated for diminished firepower on the ground with intensified bombing attacks from the air. As sailors and airmen were ordered to participate in this onslaught, morale dropped and antiwar protest and resistance increased. The number of GI antiwar papers in the Navy and Air Force increased sharply after 1970. Organized antiwar protest began to emerge aboard several aircraft carriers. In 1971 junior officers and enlisted sailors aboard the U.S.S. Constellation based in San Diego organized an informal referendum against the ship’s scheduled deployment to Vietnam. Thousands of military service members in the area participated in the ballot and ‘voted’ for the Connie to stay home. A similar movement emerged in November 1971 in the San Francisco Bay Area to protest the sailing of the U.S.S Coral Sea from Alameda Naval Station. Approximately 1,200 sailors, one quarter of the crew, signed a petition protesting the deployment.

Some antiwar sailors took matters into their own hands. By 1971 acts of sabotage by crew members against their own ships became a serious problem in the Navy. Figures supplied to the House Internal Security Committee investigation of subversion within the military listed 488 acts of “damage or attempted damage” in the Navy during fiscal year 1971, including 191 incidents of sabotage, 135 arson attacks, and 162 episodes of “wrongful destruction.” The House Armed Services Subcommittee investigating disciplinary problems in the Navy disclosed “an alarming frequency of successful acts of sabotage and apparent sabotage on a wide variety of ships and stations.”

Two major incidents occurred in July 1972 that had significant impact on the Navy’s ability to carry out its mission. A fire aboard the carrier U.S.S. Forrestal based in Norfolk burned the admiral’s quarters and extensively damaged the ship’s radar communication system, resulting in more than $7 million in damage. It was the largest single act of sabotage in naval history. Later that month sabotage struck the carrier U.S.S. Ranger based in California. A few days before the ship’s scheduled departure for Vietnam, a paint scraper and two 12-inch bolts were dropped into one of the ship’s engine reduction gears. This caused major damage and a three and a half month delay in the ship’s sailing,” according to reports.

Details of the race riot on the Kittyhawk that occurred while it was out at sea, may be found by clicking here.

Reportedly, troubles for black sailors in the segregated town of Olongapo City, Subic Bay, in the Philippines, led up to the race riot on the USS Kittyhawk.

Additionally, reportedly, many blacks on the Kittyhawk were against the war, and were fed up with the poor treatment they received by the navy, before the race riot occurred.

More about the governments attempts to address the acts of sabotage taking place in the early 70s may be found by clicking here. 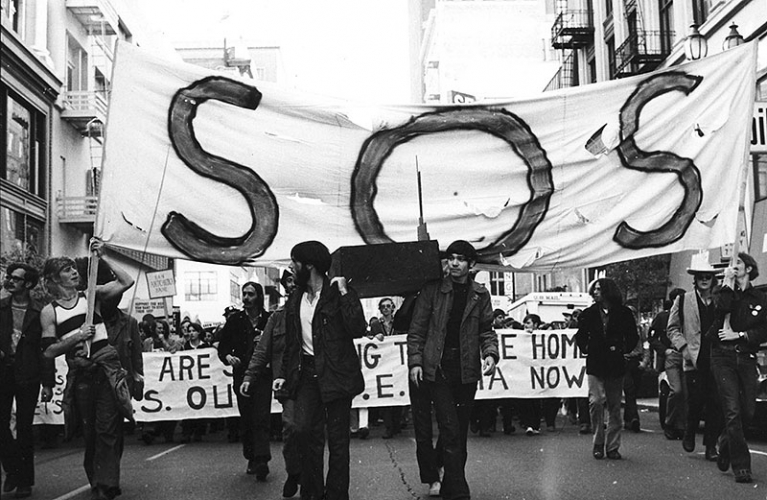 The resistance against the Vietnam war by active duty sailors, G.I.s and veterans, was widespread, and helped to bring an end to the war.

More about the resistance against the Vietnam war and US imperialism by sailors, veterans and G.I.s may be found by clicking on the links below...

>>>>>>
SOS Newsletter from the resistance on the USS Midway

Petition from USS Midway sailors around May, 1973

We, the crew and families of the U.S. S. Midway, do hereby exercise our rights as citizens of the United States of America to petition Congress on the following issue. We object to the homeporting in Yokosuka, Japan of the U.S.S. Midway for the following reasons:

(1) We are freely opposed to the excessive expansion and imposition of United States military forces overseas. Homeporting the Midway in Yokosuka is another attempt by the U.S. to permanently establish its military presence in Asia.

(2) We object to the false statements made by the military that there is an all volunteer crew to deploy to Yokosuka.

(3) We disapprove of the government's lack of preparations in providing housing and other living accommodations to support our full complement of crew and familes.