What Can We Do About Voter Suppression & The Threat To Democracy? Activists Respond. 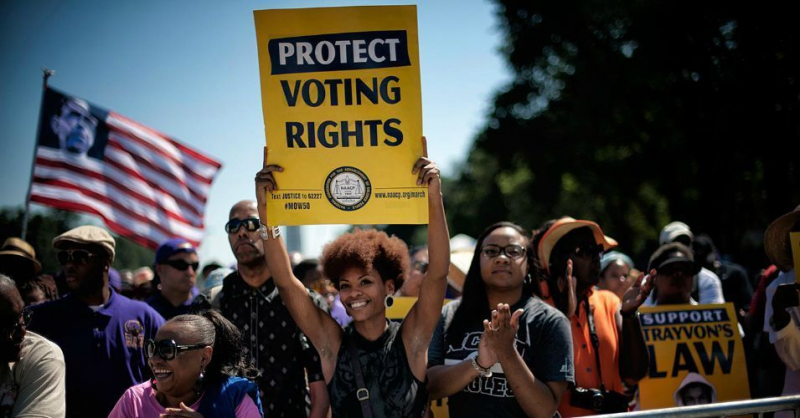 This year 17 states have enacted 28 new laws to make it harder for people to vote. There have been nearly 400 voter suppression bills introduced in 48 states. What does this mean for our democracy? And what can we do or should we do about it? Find out from a panel of Bay Area activists.

Jan Ben Dor: Michigan Gray Panther leader and founding member of the Michigan Election Reform Alliance (MERA), which fights for elections that uphold democracy on behalf of voters to maximize representation for all US citizens.

Larry Baskett is an activist with Indivisible San Francisco and Indivisible East Bay and is on their steering committees. He will speak about Republican voter suppression and Indivisible’s local and national activism response to it. He's a mechanical engineer who spent a year as a Science and Technology Policy Fellow with the California State Senate.

Janani Ramachandran is a candidate for California State Assembly District 18, which represents the cities of Oakland, Alameda, and San Leandro in the Bay Area of California. Janani is a social justice attorney and community activist; she has served on the Oakland Public Ethics Commission and is on the California Commission on Asian and Pacific Islander American Affairs. She is a graduate of Stanford University and Berkeley Law.

Richard Becker is the West Coast Coordinator of ANSWER (Act Now to Stop War and End Racism) which is composed of many antiwar and civil rights organizations. Becker is a long time activist and organizer against war and racism and for global solidarity for social justice.

Contact:
Art Persyko, SF Gray Panthers Convener
artpersyko [at] gmail.com
650-228-4188
Added to the calendar on Sat, Jul 17, 2021 2:54PM
Related Categories: San Francisco | Government & Elections
Add Your Comments
Latest Comments
Listed below are the latest comments about this post.
These comments are submitted anonymously by website visitors.
TITLE
AUTHOR
DATE
Voter Suppression is a Crime
Curt Wechsler
Support Independent Media
We are 100% volunteer and depend on your participation to sustain our efforts!