Add an Event
Newswire
Calendar
Features
Home
Donate
From the Open-Publishing Calendar
From the Open-Publishing Newswire
Indybay Feature
Related Categories: East Bay | Labor & Workers
East Bay Union Bureaucrats Support Billionaire Privatizer & GAP/A's Owner John Fisher
by repost
Friday Jul 9th, 2021 9:30 AM
The leadership of the Alameda Labor Council and the Alameda Building Trades are supporting Billionaire GAP & A's owner John Fisher who wants to privatize the Howard Terminal at the Port Of Oakland. This would destroy the working port and threaten 80,000 unionized jobs as well as escalate the gentrification of West Oakland with 3,000 million dollar condos. Despite massive community opposition they are siding with Fisher and his family who also run the union busting KIPP and Rocketship charter schools. 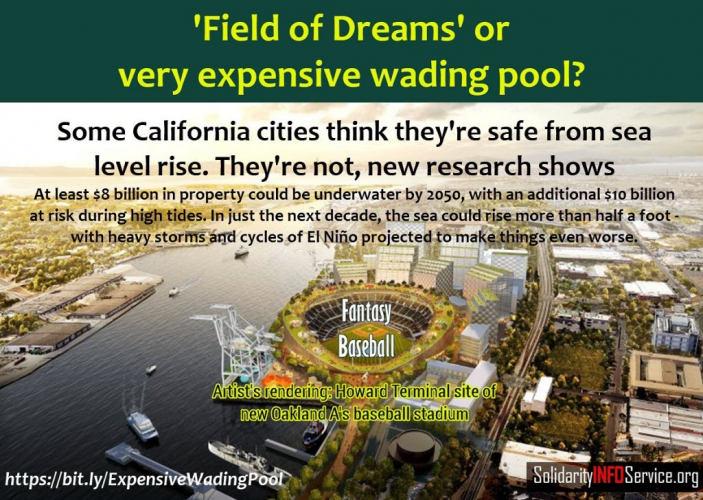 The Oakland city council, at a special meeting on the development of the Port of Oakland Howard Terminal where billionaire John Fisher is proposing a stadium and 3,000 million dollar condos. The was massive opposition from Oakland community residents and workers against the leadership of the Alameda Labor Council and Alameda Building Trades who supported the privatization of the Howard Terminal in the Port of Oakland.

They along with Democrats Nancy Skinner and former Assembly member Rob Banta who now is Calfornia Attorney General supported a taxation measure that will allow Fisher to get over a billion dollar tax for the infrastructure of his private development. This is while thousands of homeless families camp out in Oakland.

The 3,000 million dollar condos proposed by the billionaires and privatizer John Fisher family who owns the A’s &GAP. He and his family also run the union busting KIPP and Rocketship charter chain.

On August 5, 2020 at a meeting of the Alameda County Democratic Party Central Committee, Alameda Labor Council Executive Director Elisabeth Ortega-Toro explained why she and the Council were supporting billionaire A's owner John Fisher's plan to privatize Howard Terminal in the Port of Oakland and build a stadium, 3,000 one million dollar condos and a hotel.. A resolution opposing the proposed new A's stadium in the Port of Oakland and opposing the sale of the Coliseum was presented by member Pamela Price to the committee for a vote. Democrats Nancy Skinner and Rob Banta with the support of Governor Newsom also have also passed a special tax bill to override tideland laws and raise $200 million for the infrastructure of the Fisher's new proposed stadium.

The privatization land grab is opposed by the ILWU and all maritime labor who have said that the stadium, 3,000 one million dollar condos and a hotel would destroy the viability of the working port and further gentrify and ethnically remove Black and Brown people from the city. 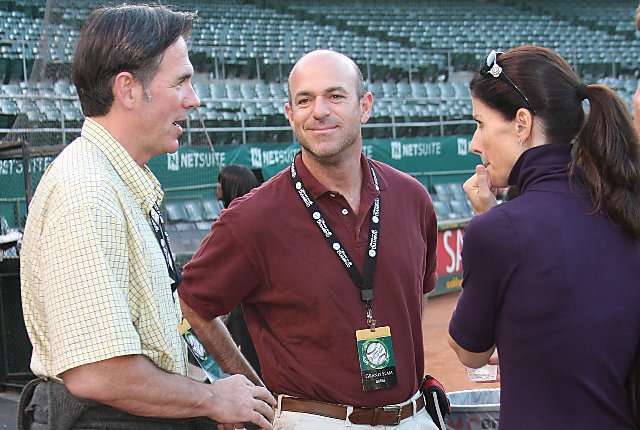 Billionaire GAP & A's owner wants $1 billion of tax dollars for his private development and the leadership of the Alameda Labor Council and Building Trades are supporting this scam and privatization of the port of Oakland that would destroy the jobs of ILWU Local 10 members and other maritime members at the Port of Oakland. They have refused to discuss with the maritime unions why they are supporting a privatizer rather than working people. This is also a racist attack since the majority of ILWU are Black members men and women with good paying union jobs.
https://oakland.legistar.com/MeetingDetail...
§The Stadium Would Wreck The Working Port Of Oakland
by repost
Friday Jul 9th, 2021 9:30 AM 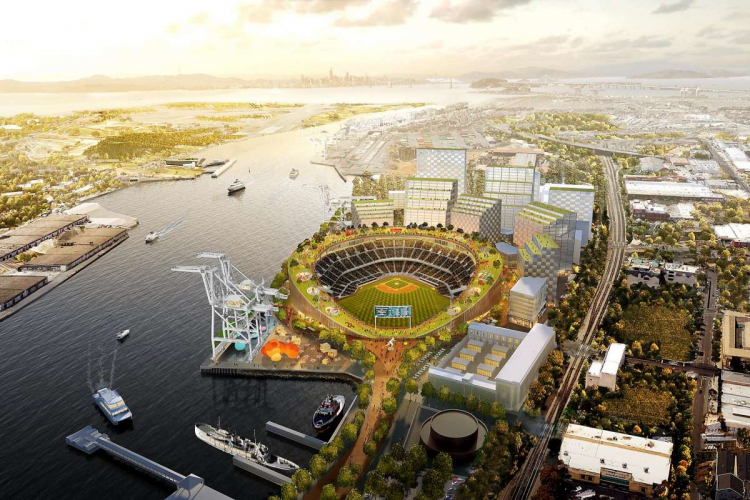 original image (1200x800)
Despite massive evidence that billionaires Fisher's development would wreck the working Port of Oakland Alameda AFL-CIO Executive Director and the Alameda Building Trades Executive Director both are pushing the agenda of the billionaire John Fisher while refusing to listen to maritime workers. Who do they represent the billionaires or workers in Oakland?
https://oakland.legistar.com/MeetingDetail...
§Union Bureaucrat Pushing Billionaire John Fisher's Privatization Of Howard Terminal
by repost
Friday Jul 9th, 2021 9:30 AM 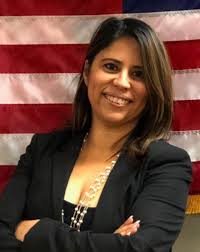 AFL-CIO Liz Ortega is supporting billionaire GAP & A's owner John Fisher to privatize the port and build 3,000 million dollar condos. She knows it will wreck the port and destroy 80,000 unionized port jobs and truckers but she is taking her orders from the billionaires instead of the workers and people of Oakland. She even refused to meet with the maritime unions and instead is working with the privatizer. She also supported spending over a $1 billion in tax funds for the infrastructure of the stadium while thousands of people are homeless in Oakland.
https://oakland.legistar.com/MeetingDetail...
Add Your Comments
Support Independent Media
We are 100% volunteer and depend on your participation to sustain our efforts!