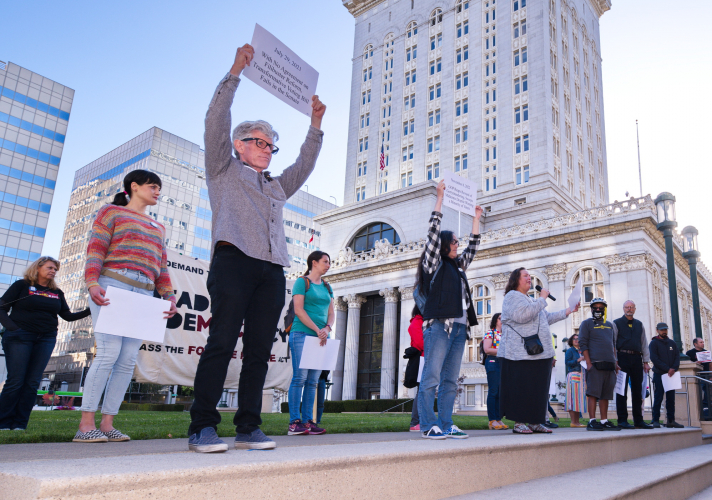 Statement from Indivisible and supporting groups:

Oakland, CA — Indivisible East Bay (IEB), Indivisible SF and other grassroots groups are rallying on July 7th at Frank Ogawa Plaza as part of the nationwide Deadline for Democracy campaign. As of July 7, over 370 people are signed up to attend. We call on Congress to immediately amend the filibuster so they can pass the For the People Act and ensure the equal freedom to vote for all Americans. We’ll be calling on Senator Feinstein to publicly acknowledge that our democracy is in danger and do everything in her power to help pass S. 1, by supporting, if necessary, filibuster reform or abolition. !

“There are huge warning signs that our democracy is vulnerable to collapse and Congress must respond to this crisis. The For the People Act is an essential first step to protecting our freedom to vote against anti-democracy threats. We’re long overdue for national standards in voting where all Americans can participate in choosing our leaders,” said Charlotte McGoldrick of IEB.! 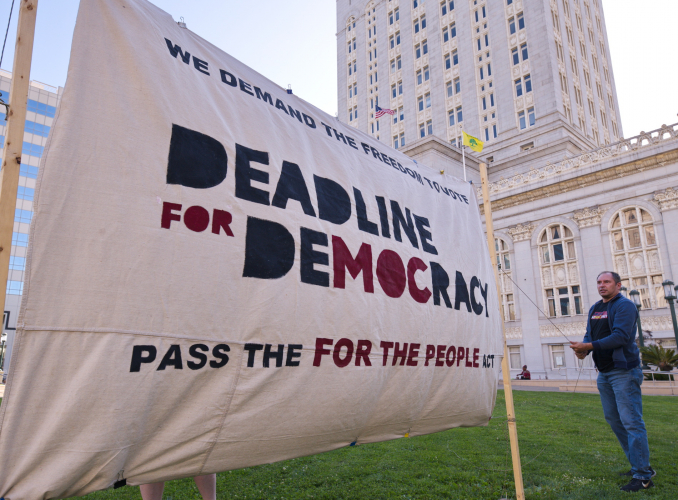 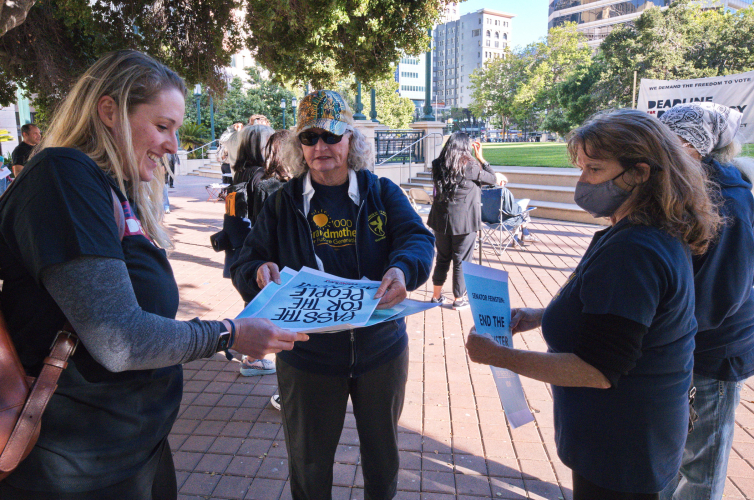 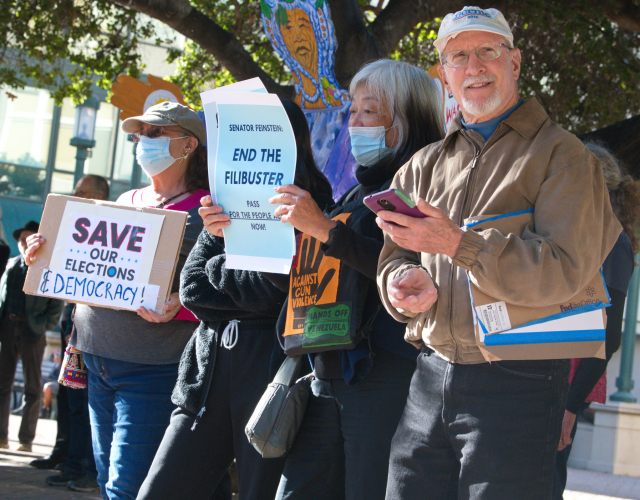 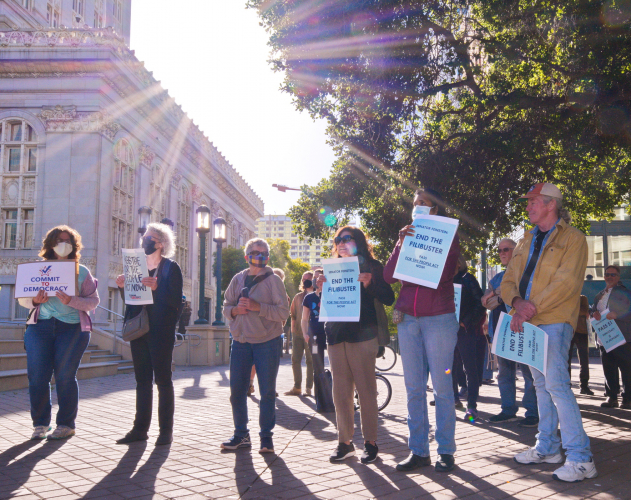 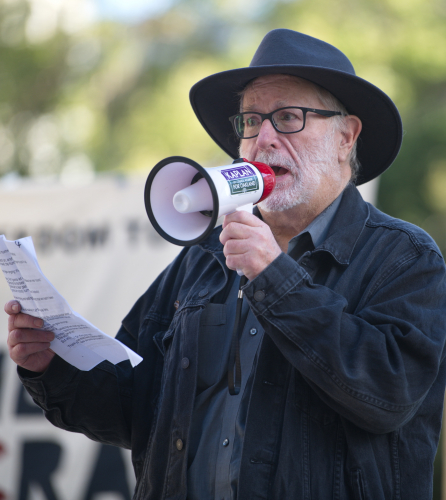 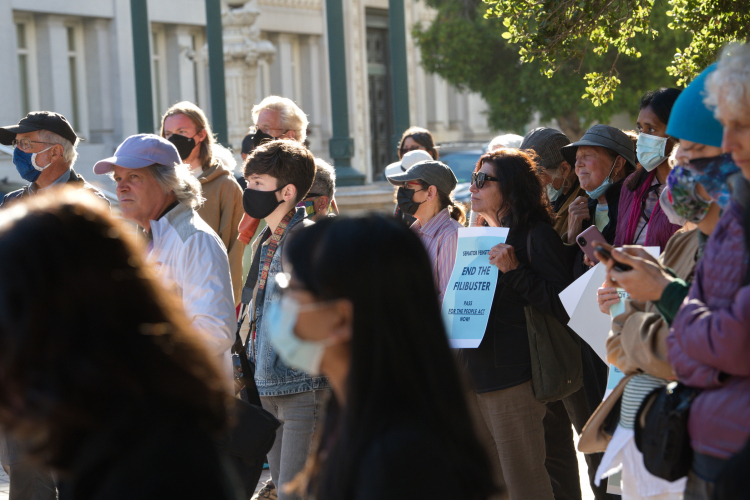 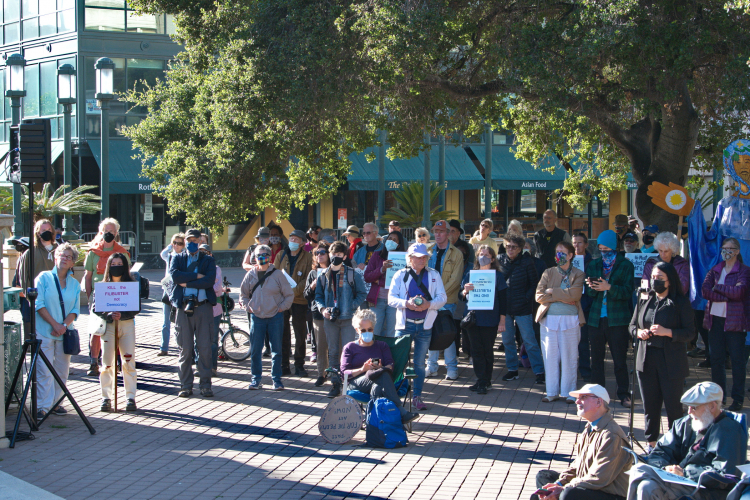 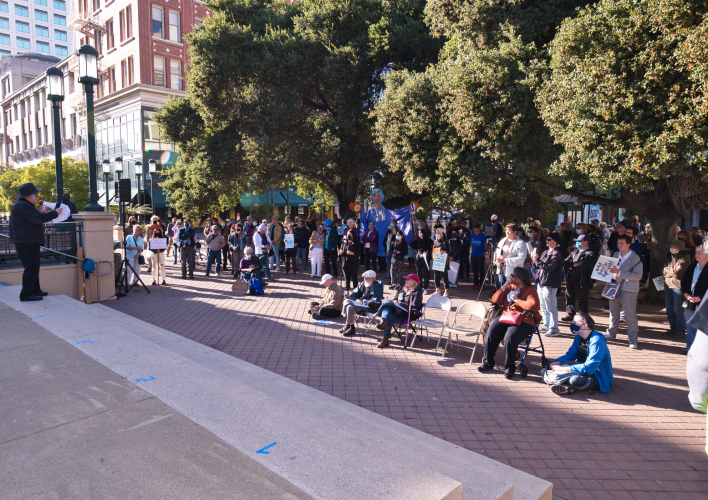 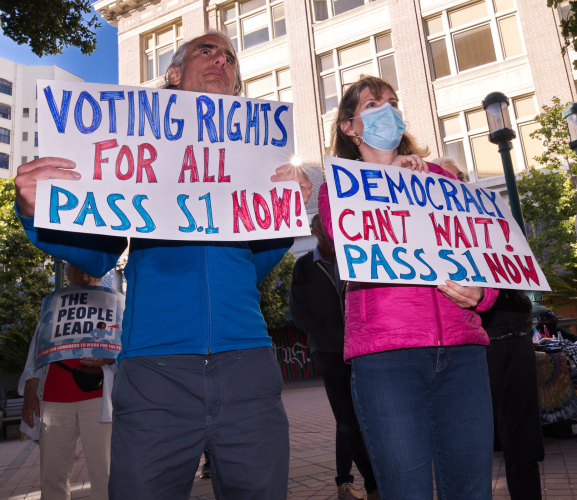 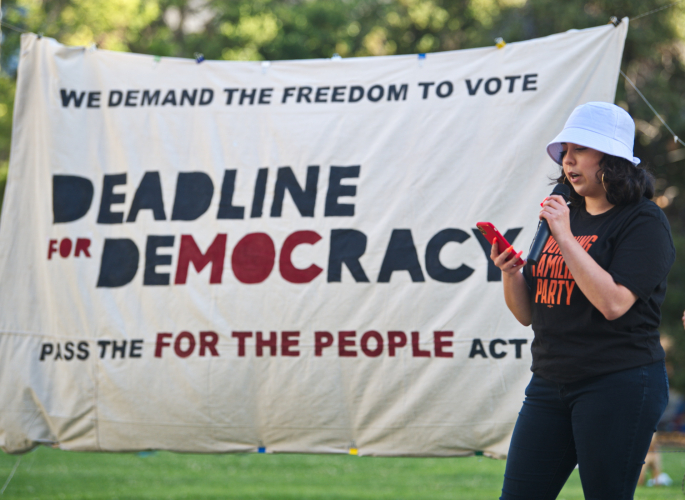 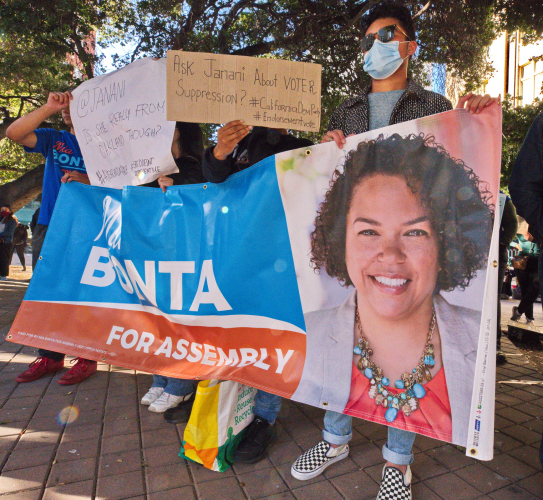 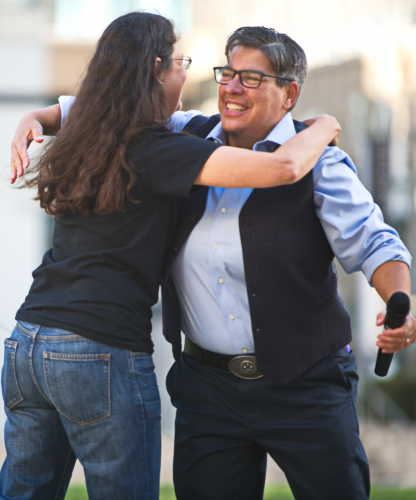 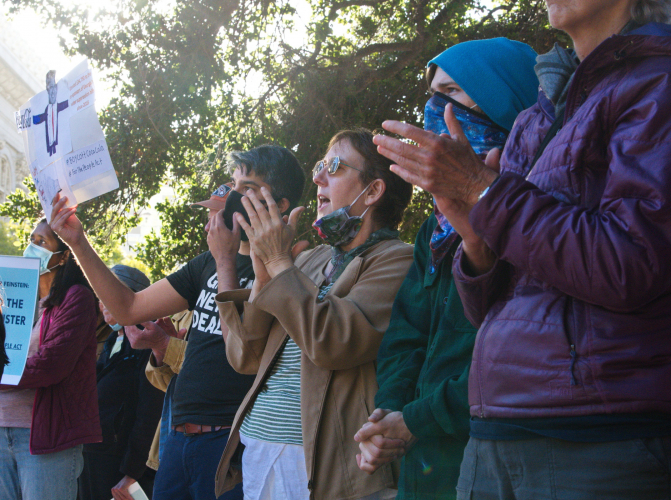 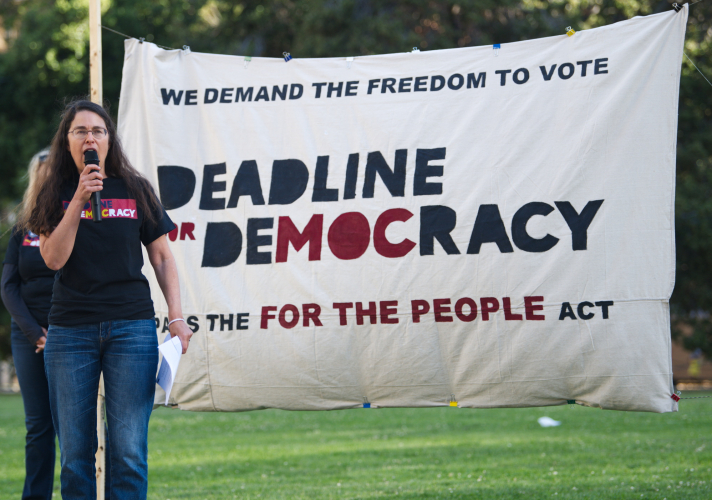 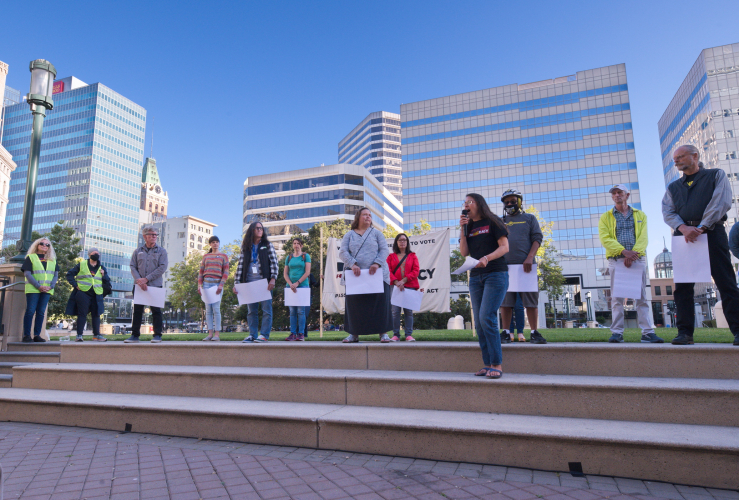 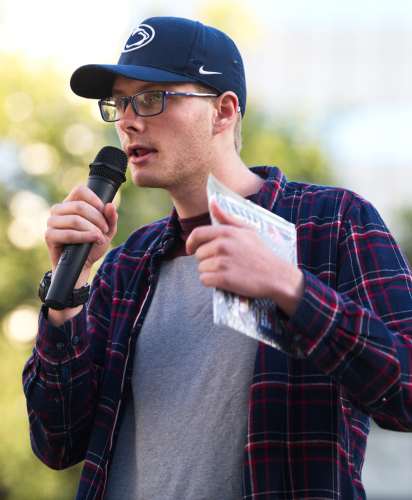 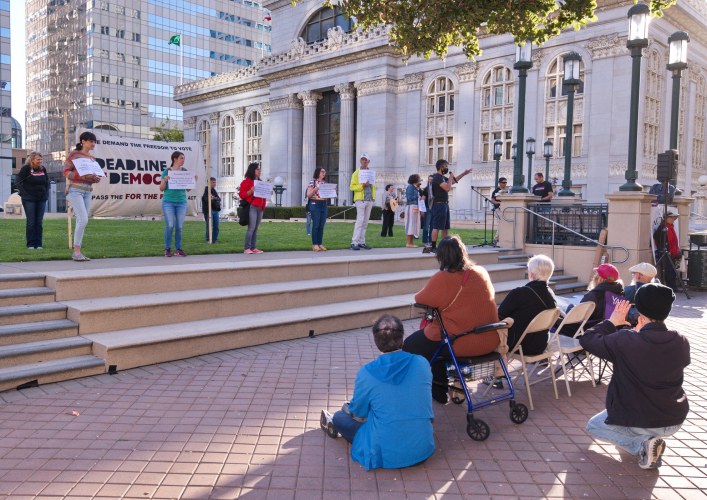 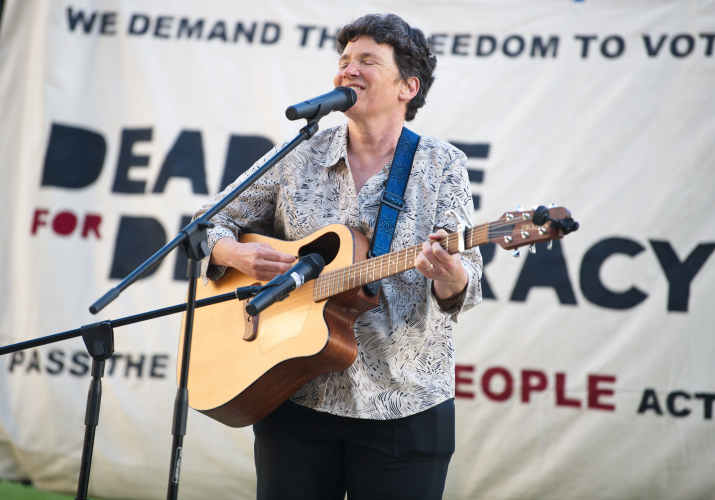 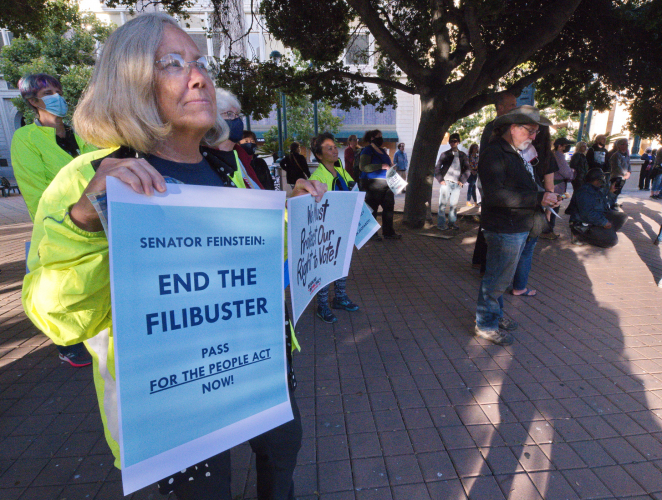 original image (1856x1400)
Add Your Comments
Support Independent Media
We are 100% volunteer and depend on your participation to sustain our efforts!