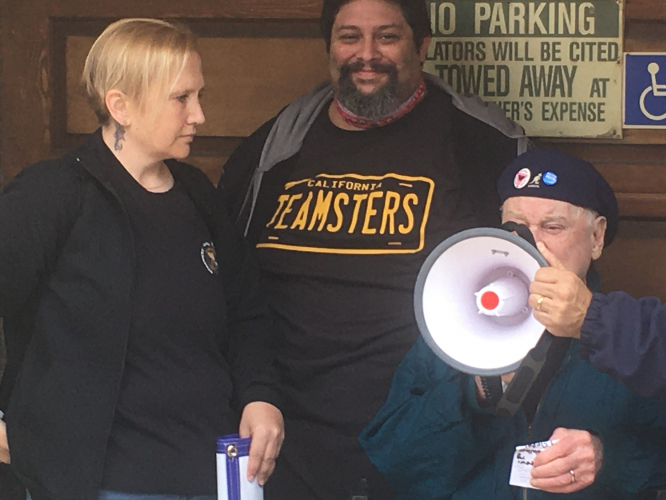 Allan Baird, the retired IBT 921 president was honored on 6/24/21 by a rally and then march to his house in the Castro. Baird supported the struggle against the union busting Coors beer company and united with the Gay community to build and alliance between the Teamsters, labor and the LBGT community in San Francisco.

He hired the first Gay Teamster truck drivers and also fought to help support the organizing of Caliifornia farm workers.

Labor and community participants talked about his life and the present struggle against attacks on the rights not only of LBGT but all people. Baird, 89, is a straight ally who was a Teamster leader when he worked with the late gay supervisor Harvey Milk to lead the Coors boycott that began an era of collaboration between the organized labor and the LGBTQ communities.

It began in 1977 in part as a response to the Coors company's 178-question employment application form, as Nancy Wohlforth explained in 2017 on the International Brotherhood of Teamsters' website.

"Baird, then-president of Teamsters Local 921, along with local organizers like the late Howard Wallace, an openly gay Teamster truck driver, understood the power of the LGBT community in the Bay Area," the Teamsters site states.

"Organizers approached a gay distributor who in turn approached colleagues and political activists" such as Milk.

The result was a gay bar beer boycott of Coors organized by a new labor-LGBT alliance, the website noted. And it worked, said Wohlforth: "The gay bartenders marched out with the bottles of beer and dumped them in the sewers. Coors was anti-gay, and racist and anti-Latino. And to this day, you can't find Coors in a gay bar in San Francisco."

Milk, of course, was assassinated November 27, 1978, 11 months into his term, by disgruntled ex-supervisor Dan White.

In a recent phone call with the B.A.R. to talk about the paper's 50th anniversary, Baird fondly recalled the time when then-publisher Bob Ross let him run an ad in the paper on the boycott and only charged him $5.

Gay activist Cleve Jones, a confidant to Milk and a longtime labor organizer who's now with UNITE HERE, is organized the event. 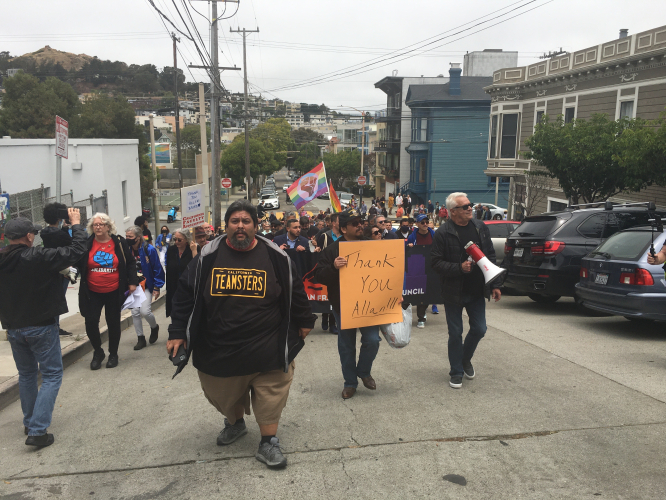 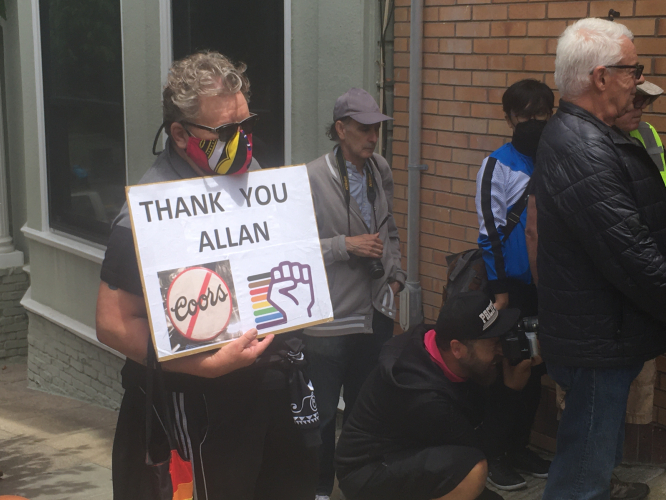 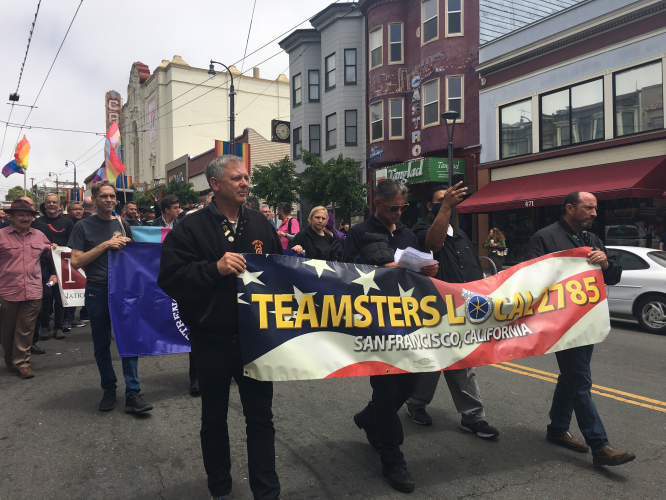 original image (4032x3024)
https://youtu.be/SMqU7LhLsTA
Add Your Comments
Support Independent Media
We are 100% volunteer and depend on your participation to sustain our efforts!