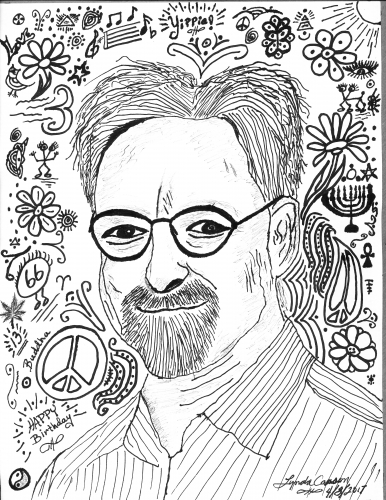 Oakland - On June 7, 2021, Jim Lynch of TechSoupGlobal of San Francisco announced that he is retiring at the end of June 2021.

For years, my dear long time friend Jim Lynch has been on a mission to bring older, refurbished computers into the nation's low-income communities for reuse, rather than seeing them buried in landfills, ground up, or dumped in Asia to poison the environment there.

Jim Lynch has come a long way since I first met him around 1977 in the desert in Arizona, where we were neighbors residing in an old dusty quonset hut near Papago Park that used to be part of an internment camp for German prisoners from World War ll, and was converted to some funky apartments before we moved into them. I met Jimmy one day while he was painting his half of the quonset hut a bright canary yellow to cheer the place up, as I wandered over to see who my new neighbor was. This event on that fateful day has turned into a long wonderful friendship that has stretched through the years, resulting in many beautiful memories and good times, as the years passed by so fast.

A Little Bit About Jim Lynch:

Back around 2002, a breakthrough for Lynch and his efforts to to get used computers into the hands of the poor occurred when he got the chance to work with Microsoft to create a program called the Microsoft Authorized Refurbisher (MAR) Donation Program. At the time, the MAR program distributed older Windows operating systems for a low-cost fee of $5 to participating refurbisher’s across the country and in Canada. Before this happened, refurbisher’s had to pay about $80 for each copy of Windows, which is necessary to get older computers up and running again.

Before joining CompuMentor, which later became TechSoupGlobal, Lynch was working with homeless people at the Harrison House, a homeless shelter in Berkeley near the freeway that is operated by Building Opportunities for Self-Sufficiency (BOSS). At the time, BOSS offered many vital services to the homeless and low-income families in the Oakland/Berkeley area, and Lynch's work to add computer labs to their shelters has been beneficial to many of their clients.

As Lynch stated at the time, "I got my start by trying to reclaim lives at BOSS, and that got me involved in reclaiming equipment through computer recycling and reuse," Lynch recalled, "In those days, we had no budget for computers, and homeless people really liked them. I spent a lot of time trying to convince corporations to donate their older-model computers to our program and that was a big part of our success. The connection between reclaiming lives and older, used computer equipment is the driving force that motivates me.”

"I really loved working with the homeless people being served by BOSS when I was there; and it was wonderful to see how fast people were able to step up and use the computers that we collected and refurbished for use in the computer labs that the homeless folks and I set up."

"At the time, during the program's beginning, computer games and donated pizzas and hamburgers helped persuade homeless people to check out the refurbished computers.  "It was not easy at first to convince many of the homeless to leave the streets and check out the computers we had refurbished for them," said Lynch, "and I loaded them up with numerous game programs that were fun and interesting to the homeless. I was also out there doing street outreach to the homeless to try to get them into my classes; and part of the success was to convince local businesses such as McDonald's, Burger King, Taco Bell, LaVal's Pizza and others to donate food to our computer classes. The food really helped to bring attention to what we were offering and it brought a lot of people into our classes."

Through the years Jim Lynch became well known for handing out the famous Jim Lynch - Life Time Achievement Awards at various Electronic Recycling Conferences (ERC), and he played an important role in advancing the field of electronics repair and reuse all across the nation, and throughout various parts of the globe.

Jim Lynch Retires After Many Years Of Activism:

In recent years, Jim Lynch has been an activist to assist libraries across the nation.

As Lynch rapidly reaches retirement at the end of June 2021, in part, in his retirement announcement, Lynch writes, “Dear gentle reader. We have had a wonderful four and a half years together, but I must bid you and TechSoup for Libraries a fond farewell. As a man of a certain age, I'm retiring from being your TS4L editor and also the working world. I will retire at the end of June. I know I should go quiet into that good night, but I want to offer a few humble insights about libraries and technology and some of the extraordinary people I met during my time with you.”

Jim Lynch is retiring in the beautiful Bradshaw Mountains of Arizona, but his good deeds in getting older refurbished computers to myself, and into the hands of many low-income communities across the nation, and to people around the world through the years, will not be easily forgotten.

Thank you Jimmy Lynch! Your beautiful!

More about Jim Lynch’s interests may be found by clicking here.

A fond farewell to Jim Lynch as he retires, and fades into history while he has a good time during his golden years as he hikes his way through the woods, hills, and mountains of Northern Arizona.

>>>>>>>
Add Your Comments
LATEST COMMENTS ABOUT THIS ARTICLE
Listed below are the latest comments about this post.
These comments are submitted anonymously by website visitors.