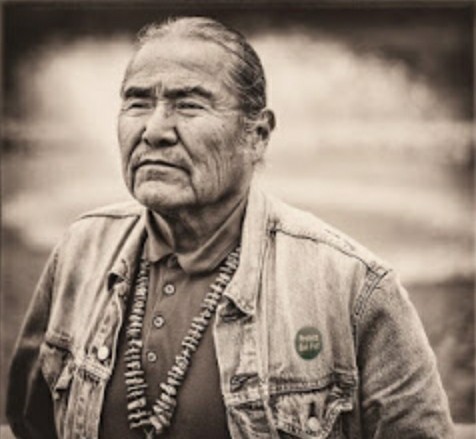 Today at Censored News, we share with you the good words of Duane Chili Yazzie, Dine', describing the Earth's defense, and the triumphant arrival of the Zapatistas in Spain, who have just crossed the Atlantic.

With the twin forces of light and darkness, we share the horrific kidnapping and assassinations of the Yaqui Water Protectors in Vicam Pueblo, Sonora, who we were with during the Water Rights Forums.

We also share Mohawk Nation News and the uncovering of the genocidal acts of church and government: The murder of kidnapped Native children in residential schools.

With this, in this time, comes the heroic acts of Water Protectors and Land Defenders. -- Censored News

The World Does Not Hear

Before the pandemic, the world was in trouble. The climate crisis was choking life out of the planet, the racial dynamic between White people and people of color was bad. Now, as the world struggles to get past the pandemic, these troubles have become more critical and dangerous. The climate crisis seems overwhelming, and across America, the fervor of White supremacy is metastasizing. The ingrained inclinations and yearnings of White superiority have been aroused and are nakedly out of the closet.

White supremacy has been a reality since the beginnings of the White race. Some “good” White people who never imagined themselves to have such inclinations are finding themselves aligned or sympathetic with the agenda and rhetoric of White superiority. It must be genetic by now, as these folks’ have ancestors who declared that the “only good Indian is a dead Indian”, that Blacks were less than human, and a Pope, who in 1455, decreed that “All people of color are to be vanquished and their possessions taken.” Then there were the Great Crusades, with the proclaimed mission to drive the “infidels” out of Jerusalem. But it was really more to possess gold and wield White power. The notion of White supremacy is rooted in ancient history.

Today, White supremacy slashes its rhetoric, machinations, and mean-spirited policy across the country with people of color casualties rising. White supremacy has turned on its own house in a civil war. The country is divided. White folks are imploding their government and society.

The Earth is alive and has a spiritual essence. This has been reality from the time of her creation. It will be so until she is dead or will continue to be so if she should live in perpetuity. Humankind decides whether she will live or die. This reality is unfathomable and is of zero relevance to the majority of White folks, particularly those of the White supremacy persuasion.

Any living thing when threatened with injury or death will defend itself. The Earth is fighting for her life and engaging her defenses. The COVID virus is not mechanical, it is a creature of nature. It is a living organism; it is alive with death. The virus appears to be a defense mechanism of the Earth. The virus continues to mutate. It has been reported that it may never be eradicated. This situation is abetted by those who refuse to get vaccinated or object to wearing a mask.

In the darkest days of the pandemic, nature took a turn towards its normalcy. As birds and animals came out of hiding, the atmosphere began clearing up with few vehicles on the road and limited polluting industrial activity. But with the lifting of restrictions, things are returning to the abnormal, to the frenetic mad rat race which has little regard for the consequences and collateral damage to the planet.

A mother instinctively protects and defends her children. The Earth Mother defends her children who want to live being who they are; people of color and people of good heart. The Earth is rebelling against the extreme exploitation of her body entity by the extractive industry and the mistreatment of her children. The power of the extractive industry in partnership with complicit governments, along with racist White supremacy has compelled the Earth to confront the abuses. The message from the Earth is clear but the world does not hear. 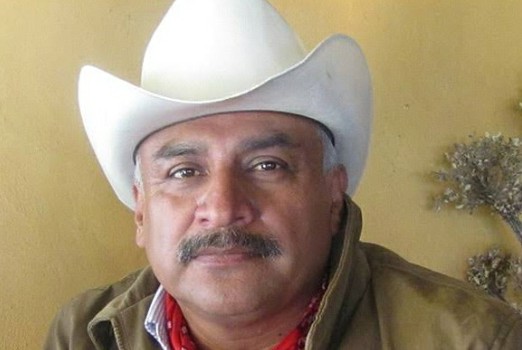 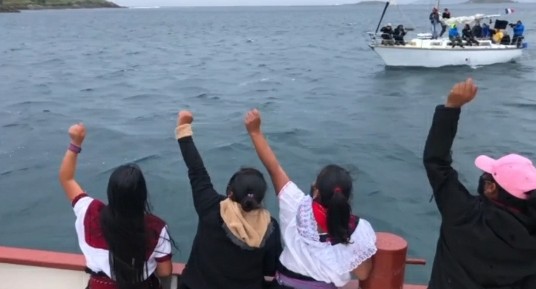 The Zapatistas delegation arrived in northwest Spain on Sunday, after crossing the Atlantic. Supporters in more than 30 countries are welcoming them to their lands, including Basque, Saami, Indigenous in Russia, and collectives in Iran, Turkey and Ireland, to share and learn from one another in the ongoing resistance to oppression, capitalism and genocide.
https://bsnorrell.blogspot.com/
Add Your Comments
Support Independent Media
We are 100% volunteer and depend on your participation to sustain our efforts!