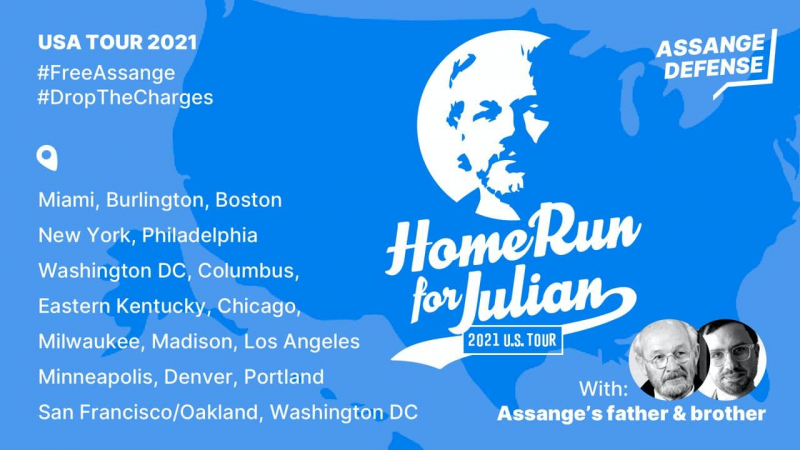 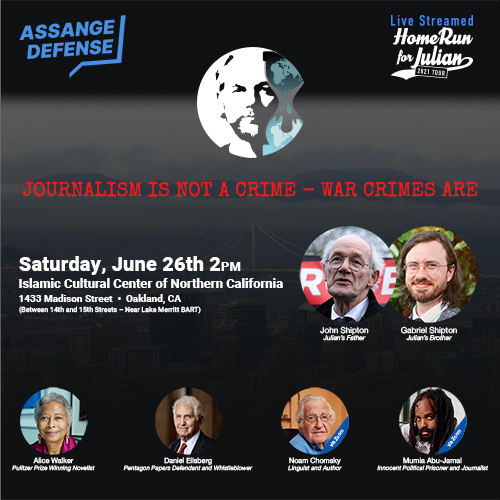 The father and brother of award-winning Australian journalist Julian Assange are on a nationwide tour of the United States calling on the U.S. government to drop its prosecution and finally let Julian come home.

John and Gabriel Shipton’s #HomeRun4Julian tour began in Miami on June 6. The Shiptons are scheduled to make stops on both coasts and the Midwest before concluding the tour in the nation’s capital.

Assange’s family members will meet with activists, press, and policymakers to raise awareness of the importance of protecting whistleblowers and journalists, and to advocate for the release of Julian Assange, whom the United Nations has declared “arbitrarily detained” since 2010.

We are giving them a warm welcome to the Bay Area! Please come out to show your support for Julian Assange and his family. This is a crucial time to turn the tide to save Julian Assange's life, our freedom of speech and journalism, and to stand on the right side of history for persecuted whistleblowers and journalists globally. It is time to say: JOURNALISM IS NOT A CRIME - WAR CRIMES ARE!
https://assangedefense.org/tour/
Add Your Comments
Support Independent Media
We are 100% volunteer and depend on your participation to sustain our efforts!