by Strong Coalition of Support
On June 12 in Redwood City, protesters challenged the San Mateo County system that continues to police and kill Black and brown bodies at drastically higher rates than white bodies. 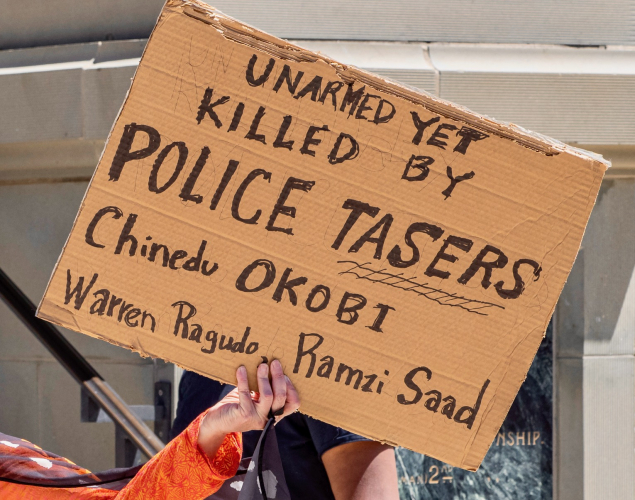 A strong coalition of organizations says that San Mateo County is no stranger to racial disparities in the policing of Black and brown bodies.

Activists say they have enough data to show problems exist in the county but still have an urgent need for more transparency. "Frustratingly, the Sheriff’s Office has refused to release comprehensive data on its use of force incidents, on the grounds it is not legally obligated to do so until 2022," they stated in a guest opinion piece in the San Mateo Daily Journal a few days before mounting a demonstration.

Shara Watkins, Karen Tkach Tuzman, and Andrew Skelton wrote: "While some elected officials believe this is more of a national issues than a local one, the numbers clearly argue otherwise. According to a 2020 study by Bay Area News Group, while Black people make up only 7% of the five biggest Bay Area counties, they accounted for 27% of those killed by police in the region between 2015 and 2020 — the second largest disparity in the nation behind Oklahoma City. And according to a 2018 report by the Public Policy Institute of California (PPIC), San Mateo County’s arrest rate for Black people is nine times higher than for white people; for Latinx people, it’s twice as high. Moreover, the handful of officials who can hold our county’s law enforcement accountable have not done so."

The County District Attorney Steve Wagstaffe has not charged any of the 52 officers involved in a total of 19 fatal use-of-force cases. To make matters worse, the San Mateo County Board of Supervisors approved a budget last year that sets aside nearly $1 million for new Tasers for the county Sheriff’s Office. This despite the fact that in the last three years officers using Tasers killed three unarmed men of color.

At a demonstration on June 12 hundreds of people rallied in front of the historic Old County Courthouse then marched to the new building that houses the offices of the DA and the County Sheriff. Speakers said that county law enforcement is nowhere close to achieving the accountability, justice, and protection our communities continue to demand. 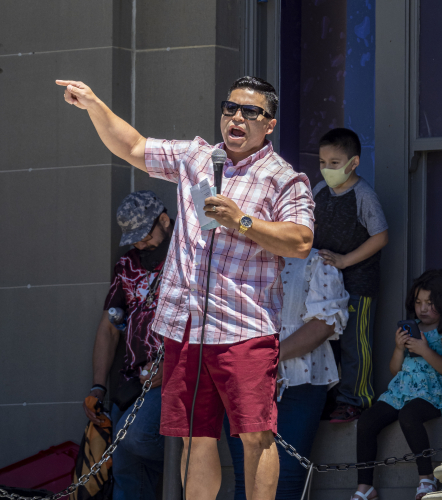 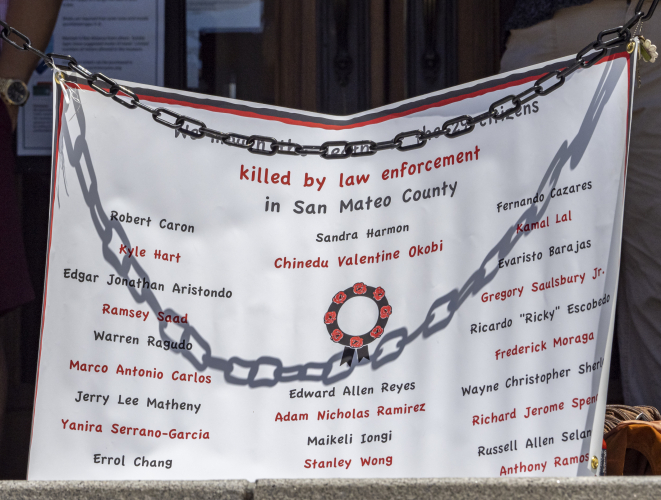 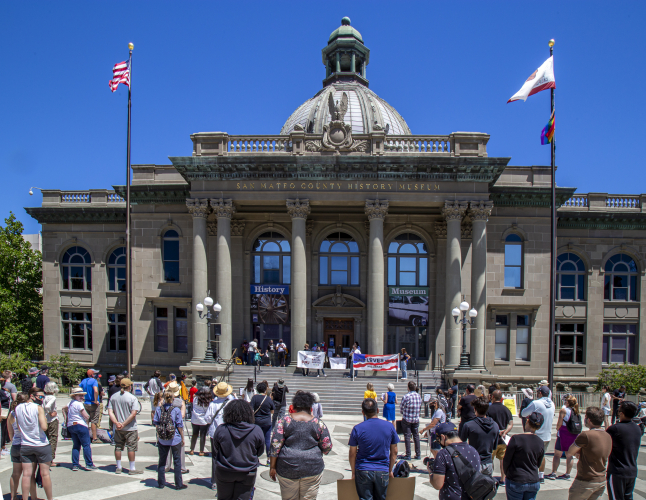 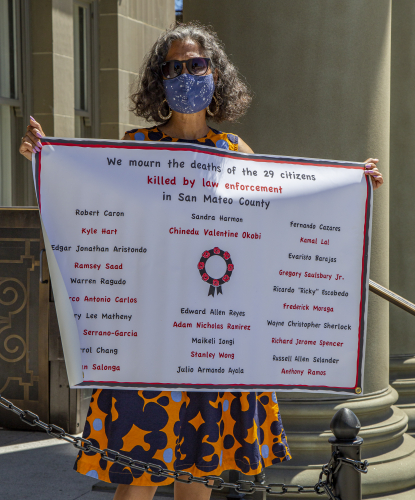 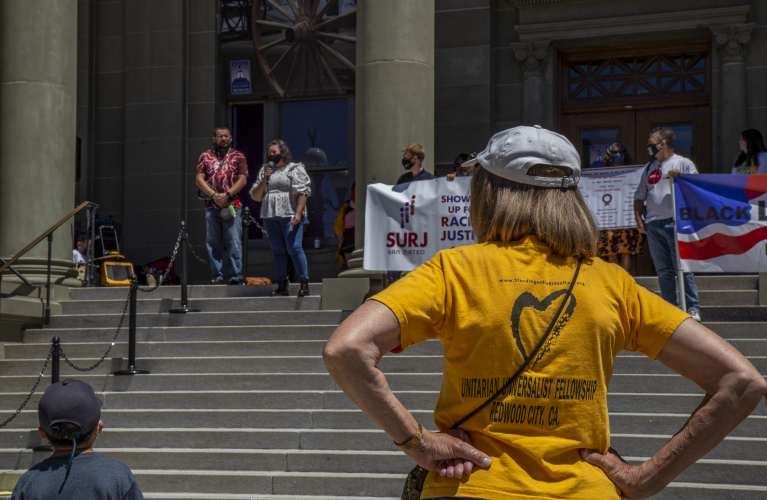 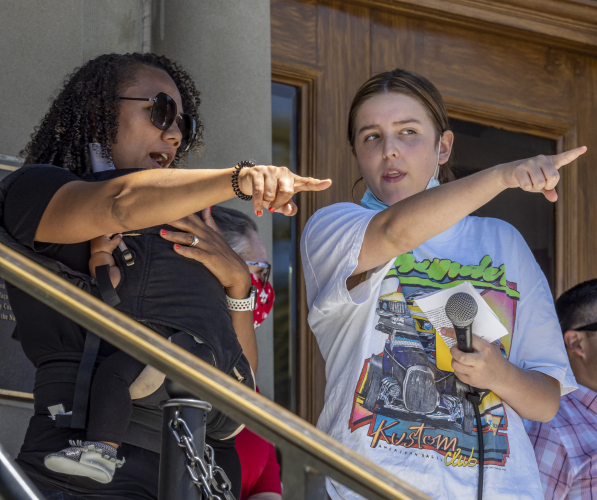 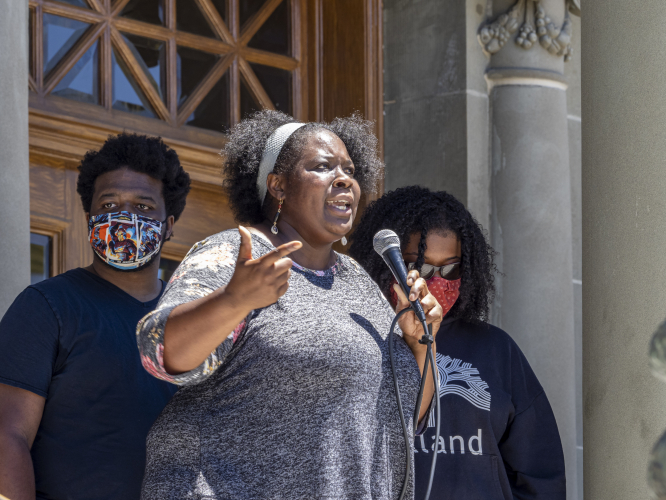 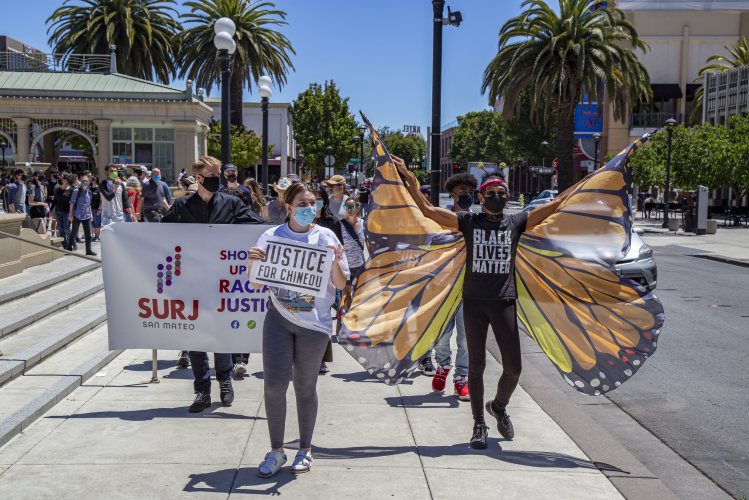 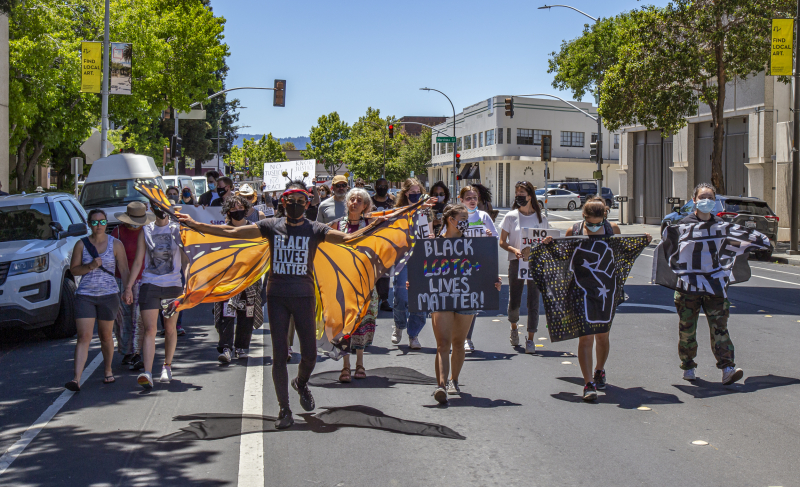 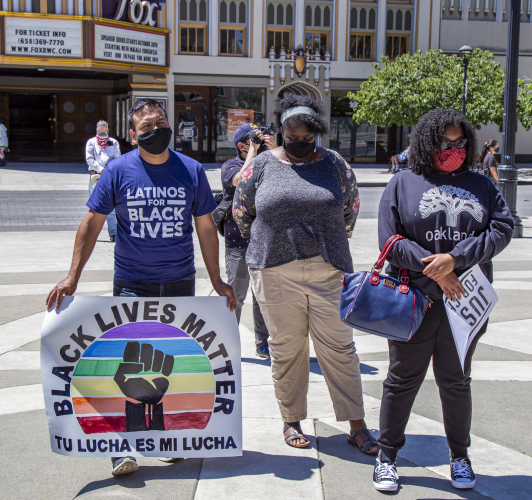 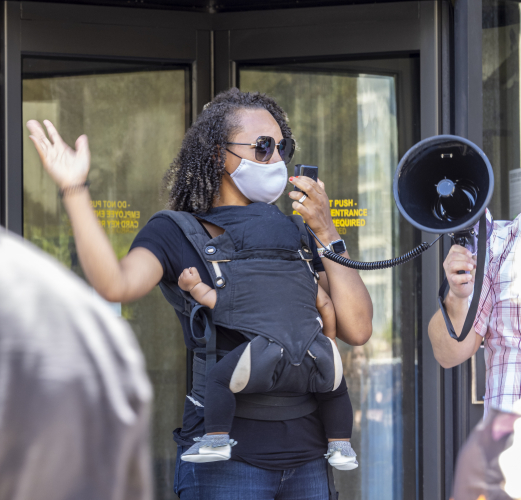 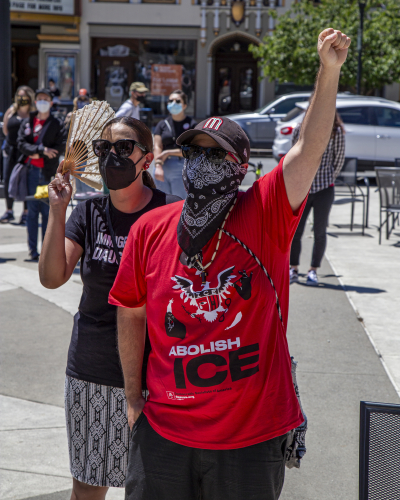 original image (2001x2500)
END_OF_DOCUMENT_TOKEN_TO_BE_REPLACED
Add Your Comments
Support Independent Media
We are 100% volunteer and depend on your participation to sustain our efforts!