Add an Event
Newswire
Calendar
Features
Home
Donate
From the Open-Publishing Calendar
From the Open-Publishing Newswire
Indybay Feature
Related Categories: International | Anti-War
Ethiopian Officials Check Aid Convoys to Make Sure They Carry Food, not Weapons
by KPFA Saturday Evening News/Ann Garrison
Monday Jun 14th, 2021 3:13 PM
I produced this news report for Pacifica/KPFA Radio's Saturday Evening Newscast on June 12, 2021. The attached audio file is 3 minutes and 31 seconds long.
Listen now:
Copy the code below to embed this audio into a web page:
Download Audio (3.2MB) | Embed Audio
KPFA NEWS ANCHOR: Dire warnings of famine in Ethiopia’s Tigray Province have continued to top the headlines about Ethiopia all week. UN, US and European government officials accuse the Ethiopian government of hindering relief convoys’ access to famine stricken areas and using food as a weapon. However, Ethiopia’s UN Ambassador says that the convoys simply have to pass checkpoints to make sure that they are not transporting weapons to the Tigray People's Liberation Front, commonly known as the TPLF. KPFA's Ann Garrison reports.

ANN GARRISON: Aljazeera English largely echoes the Western perspective on Ethiopia, warning of famine and accusing the Ethiopian government led by Prime Minister Abiy Ahmed of using food as a weapon. However, an Aljazeera English host did speak briefly to Ethiopia's UN ambassador, Taye Atske Selassie, who said that NGO vehicles had been apprehended, several weeks ago, loading ammunition and grenades. So relief convoys must continue to pass both federal and regional checkpoints to determine that they are in fact loaded with food, not weapons for the TPLF. He said that as soon as a civilian and military coordinating committee have determined that they are loaded with food, not weapons, they are granted immediate access.

ALJAZEERA ENGLISH: There is one accusation that's levied at your government specifically, and that is that you're not letting enough aid in—that you're not granting full humanitarian access to the UN. The UN World Food Program has said that they need greater access. They're being blocked by armed groups from reaching areas of need. Why are you not allowing full access when you yourself admitted that you need help?

ALJAZEERA ENGLISH: But that's not what these aid agencies are saying.

AMBASSADOR SELASSIE: Well, they are completely wrong. There is a coordination mechanism that is up and running at federal and as well at regional levels. They look into these kinds of problems whenever they arise. They give solutions. So there's unfettered access, no question about it.

ALJAZEERA ENGLISH: But so are you saying that they're lying then, that all these agencies and the UN are just lying about this?

AMBASSADOR SELASSIE: No, what they are raising and saying is that there could be some checking points for security purposes. Because a couple of weeks ago, some NGO vehicles were apprehended loading ammunitions and grenades. That's something that we didn't expect from nongovernmental organizations. So we are compelled to put in place some checking points. But wherever there is a checking point, there is a military and civilian coordination committee that looks into this matter. And then, of course, clearance is right away granted.

ANN GARRISON: Supporters of the Ethiopian government point out that in March 2010, the BBC reported and stood by claims that the TPLF had diverted $95 million of $100 million in food aid to Ethiopia to purchase weapons in 1984 and 1985, when it was fighting to topple the communist and Soviet-allied regime of Mengistu Haile Mariam with US support. Former TPLF generals in exile reported their own participation in the theft to the BBC, which also cited a 1985 CIA report that famine relief funds were being misused. 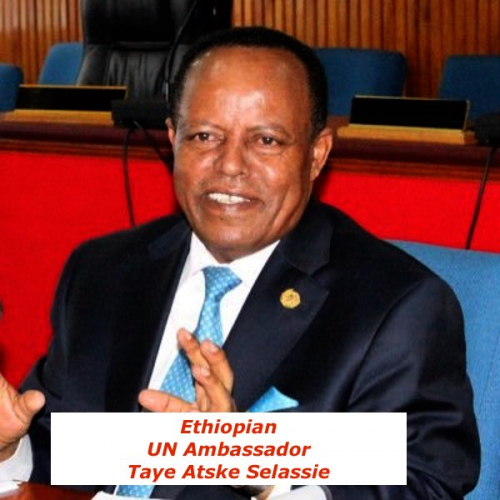 original image (600x600)
https://www.blackagendareport.com/author/A...
Add Your Comments
Support Independent Media
We are 100% volunteer and depend on your participation to sustain our efforts!