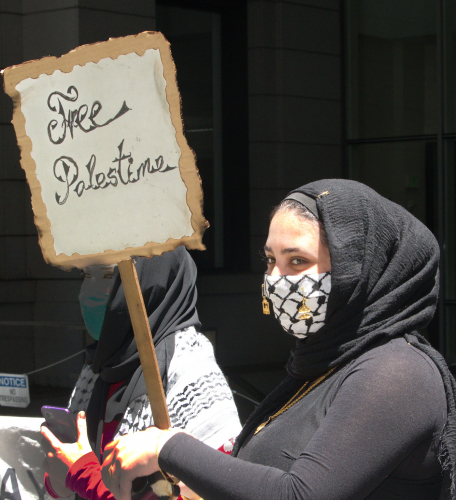 On Sunday, June 13, protesters targeted the Israeli and Colombian consulates on San Francisco's Montgomery Street. As Israel continues its blockade of Gaza and ethnic cleansing of Palestinians, it also supplies Colombia with weapons and "advisers". Colombia is one of the few remaining countries that do not recognize Palestine.

As is not generally known, Israel has a substantial arms export industry reaching over $7 billion in recent years. Buyers in Asia include India, Pakistan, and Viet Nam and in Latin America, Colombia and Honduras. As the many worked on the mural, speeches, slogans and the drumbeats of Arab dance filled the air of Montgomery street, the "Wall Street of the West", which was closed to cars by the police. 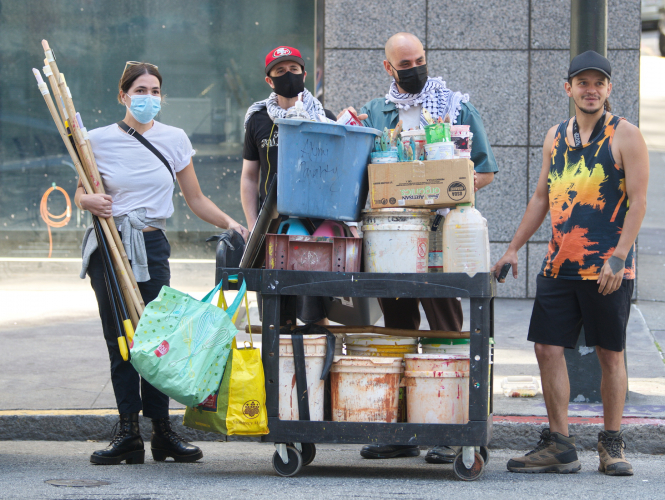 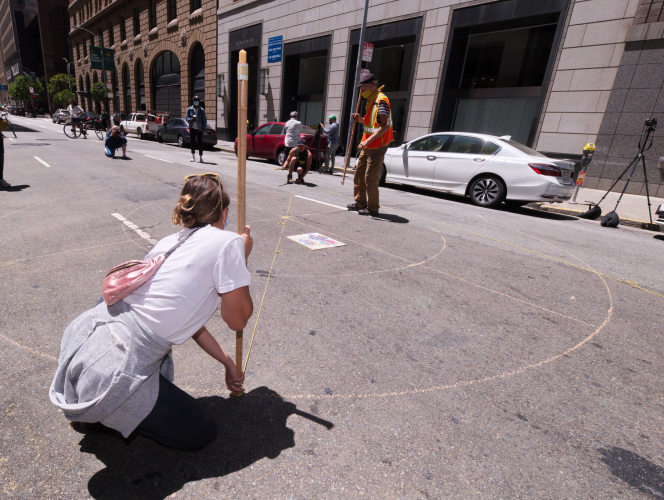 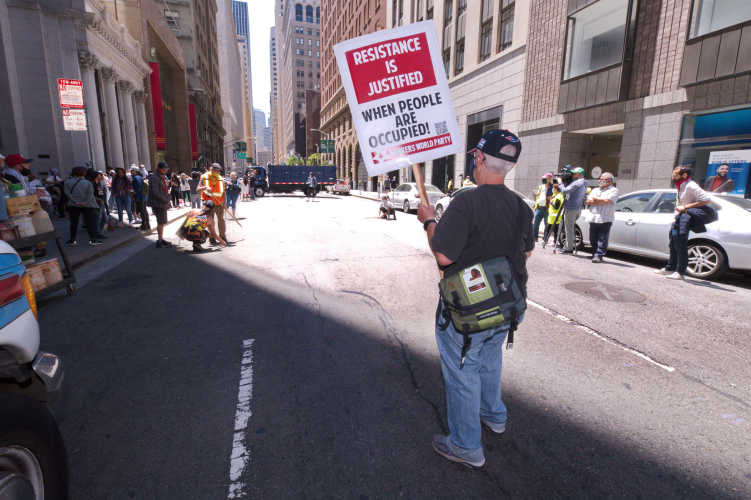 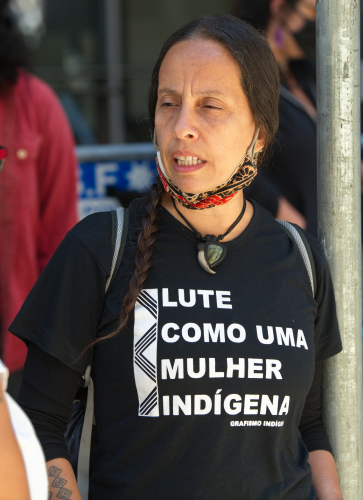 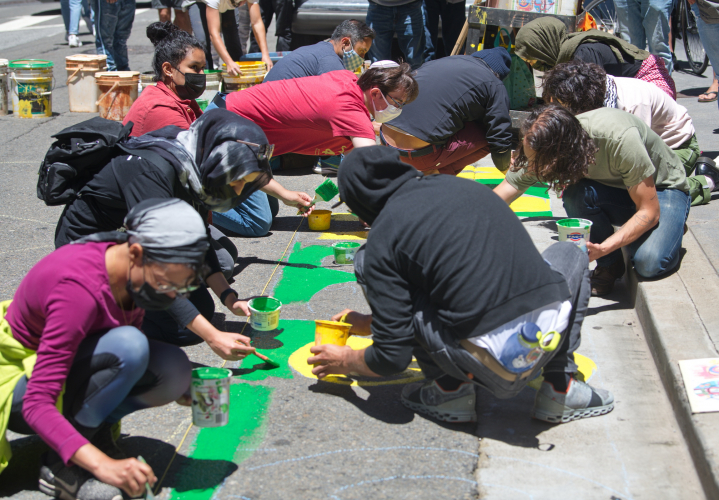 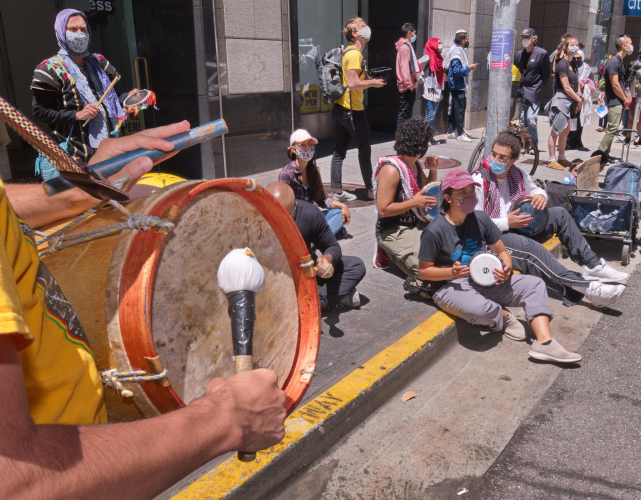 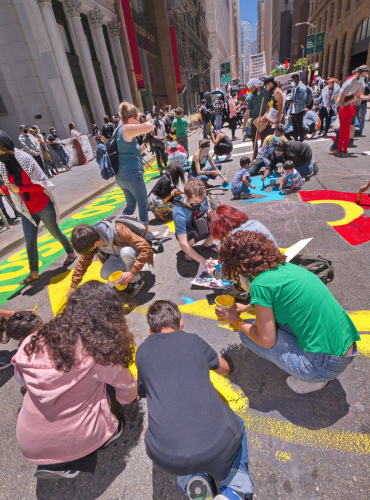 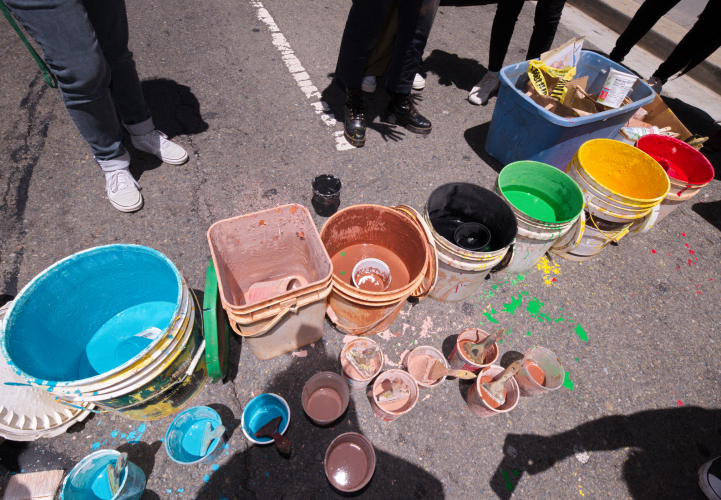 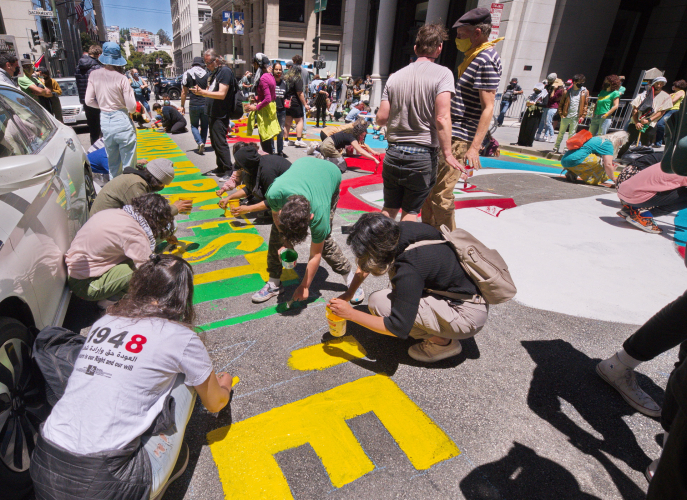 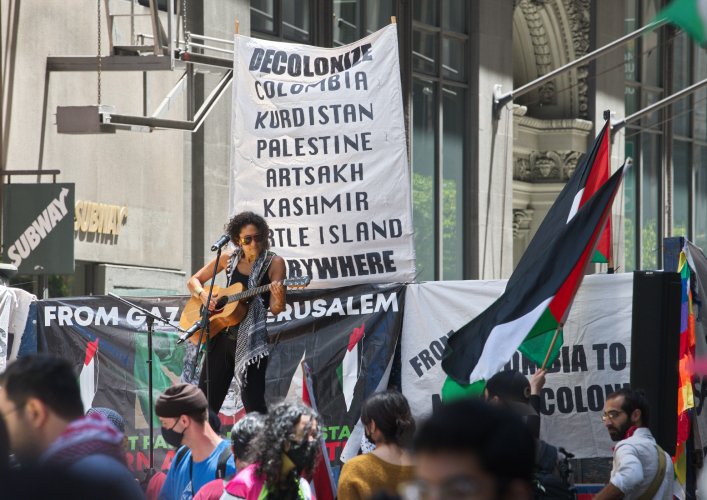 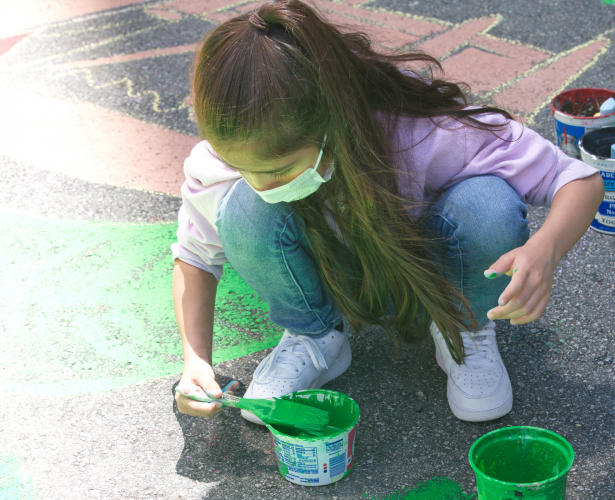 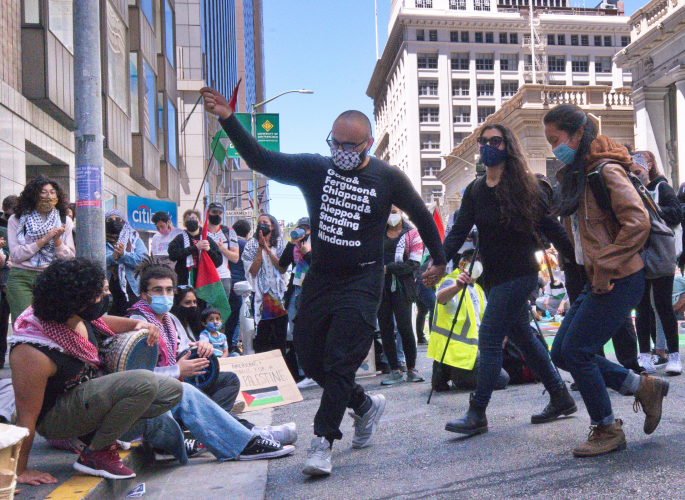 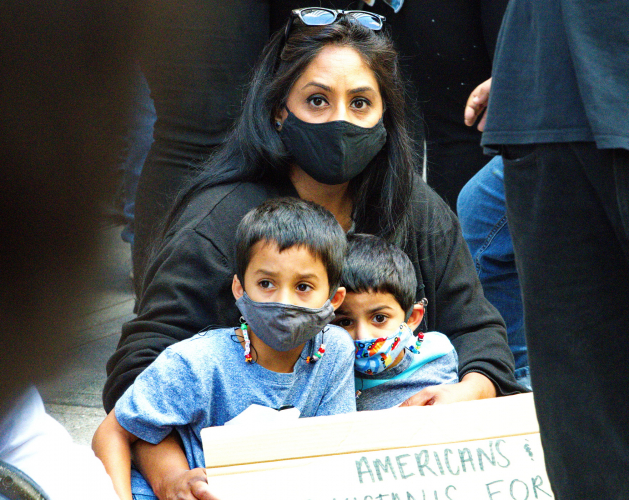 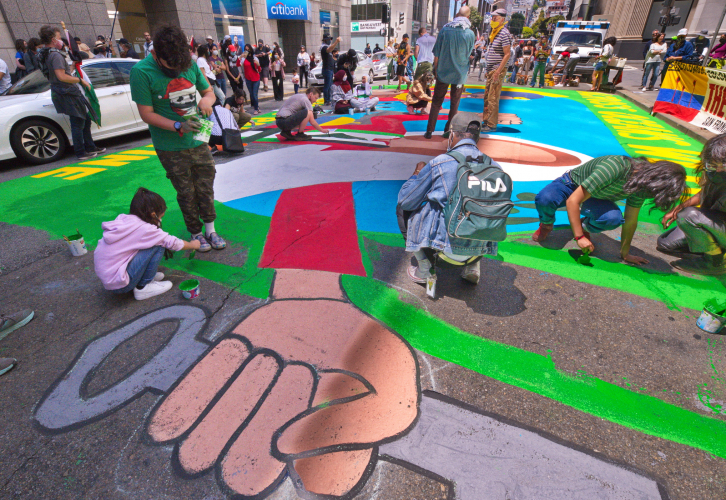 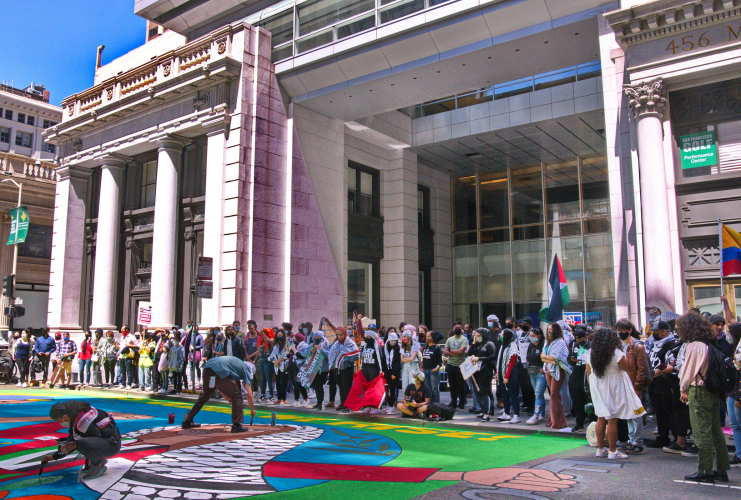 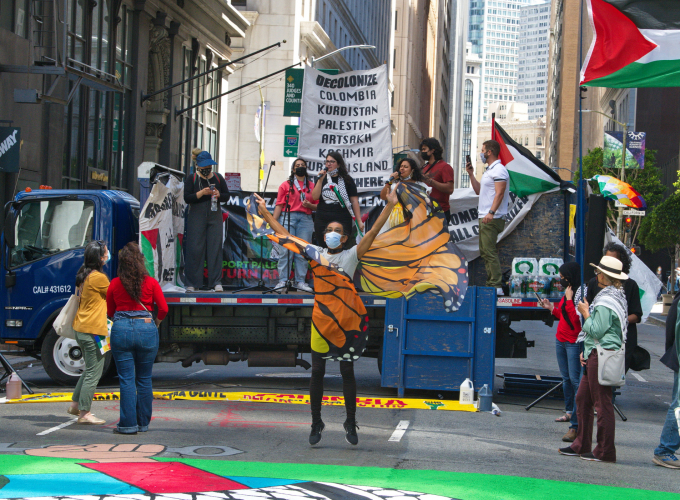 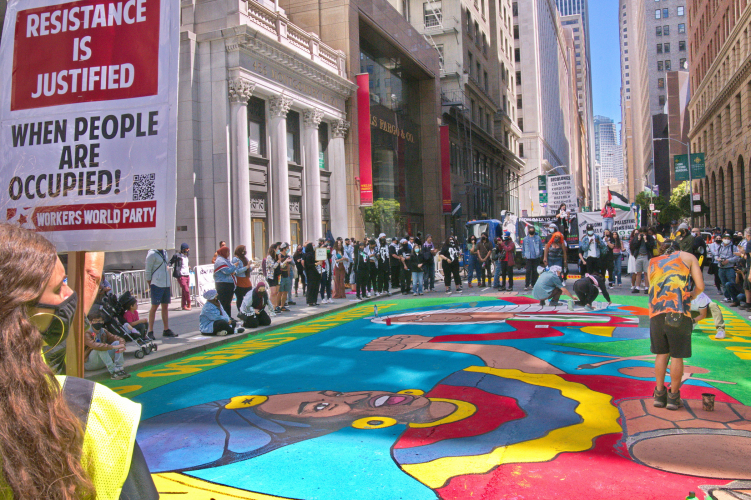 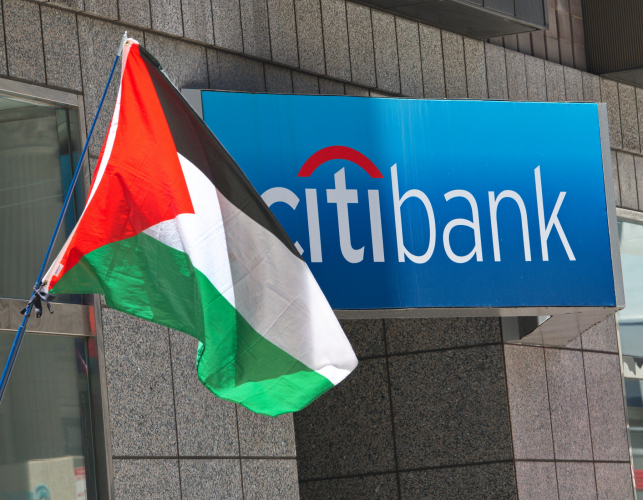 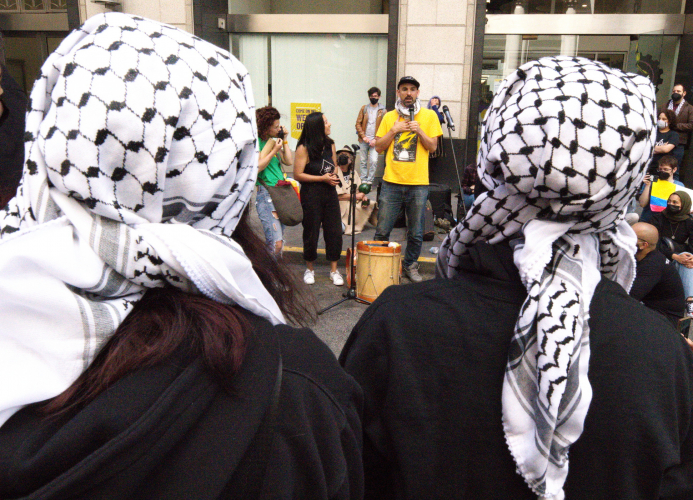