Add an Event
Newswire
Calendar
Features
Home
Donate
From the Open-Publishing Calendar
From the Open-Publishing Newswire
Indybay Feature
Related Categories: California | International | Santa Cruz Indymedia | U.S. | Police State & Prisons
Commander X taken from Mexico by the United States government
by Free Commander X
Monday Jun 14th, 2021 11:05 AM
On Friday June 11th, 2021 between 3:30 P.M. and 4:00 P.M. (Mexico City hours), Christopher Doyon was illegally detained. Known Worldwide as Commander X, this Hactivist has the quality of refugee recognized by the Mexican government, and even so he was handed over to the United States government, in violation of his human rights. We demand the Mexican government to act in benefit of the rights of Commander X and manage his urgent release. 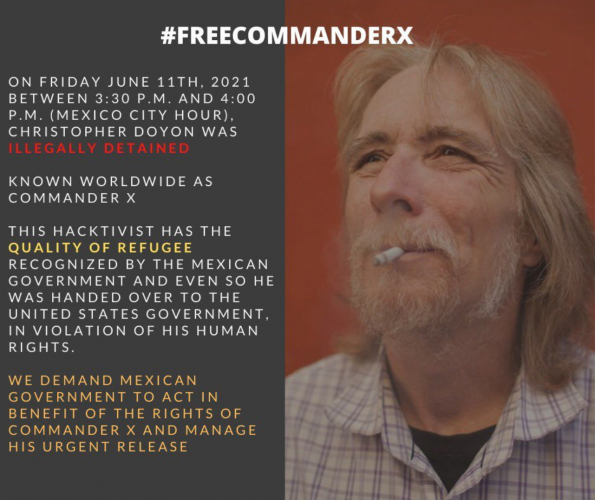 original image (1281x1075)
Some of the info on X's case is available on the inmate locator of the jail where he's being detained in Dublin, CA.

"It appears that X is being held on a warrant for failing to appear at his court case in San Jose in 2012(?). More information will be available tomorrow. I have spoken with the prosecutor on the 2012 case a few times over the years. He’s not a Commander X fan. Not at all."

"Our right to seek & receive #politicalasylum is at risk. Love him or hate him, makes no difference to me. They came for #JulianAssange. They came for my brother #FreeCommanderX. His freedom is our freedom. They're coming for us all. #RiseUp #SpeakUp #Anonymous @FreeCommanderX_"


Please use #FreeCommanderX to spread the word #Anonymous 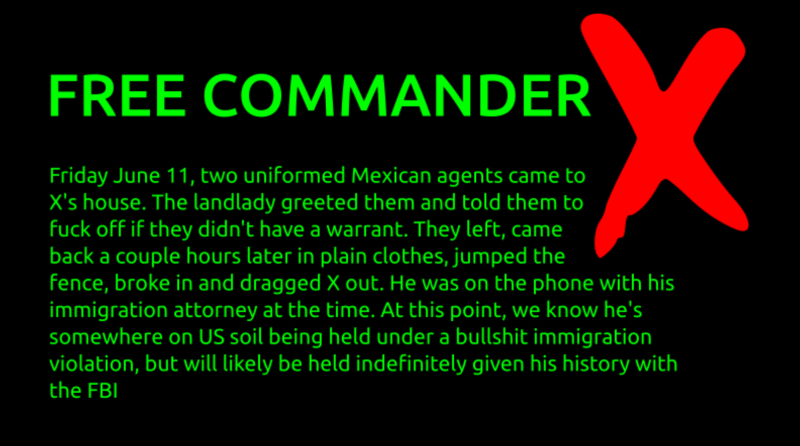 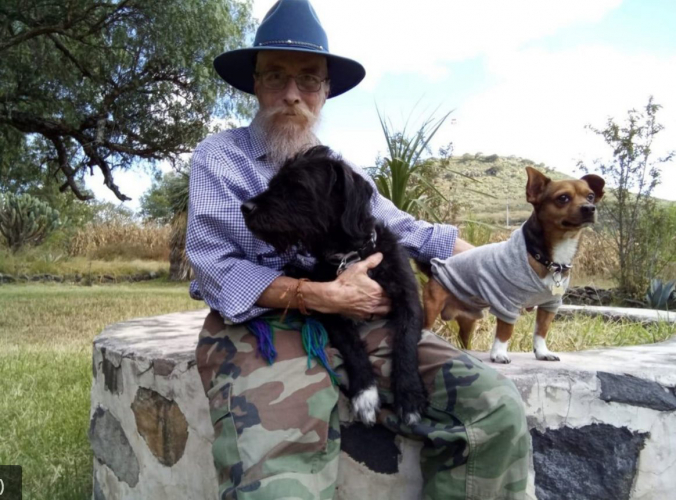 original image (1164x860)
https://twitter.com/FreeCommanderX_
Add Your Comments
Support Independent Media
We are 100% volunteer and depend on your participation to sustain our efforts!