by Dan Bacher
On May 28, a broad coalition of groups sent a letter to the board supporting the hiring of Adel Hagekhalil. 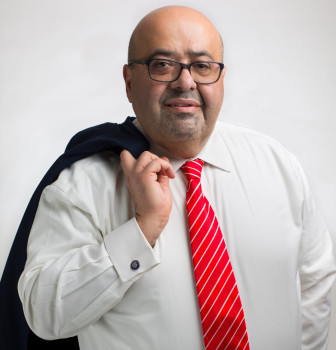 The Board of Directors of the Metropolitan Water District of Southern California voted on June 8 to formally hire Adel Hagekhalil, a civil and environmental engineer and national water and infrastructure leader, as its next general manager.

His term will begin on July 6, 2021. Hagekhalil received 16 yes votes and one no vote, with 18 absentions and three directors absent. That’s a 50.42% majority for Hagekhalil, according to the district’s weighted voting rule.

The 38-member board’s approval of Hagekhalil’s contract will make him the 14th general manager in the district’s 93-year history.

His appointment comes at a crucial time for the district as a record drought parches California and a coalition of Southern California water ratepayers, environmental justice groups, Tribal leaders, conservation organizations and community groups oppose the controversial Delta Tunnel that the previous general manager, Jeffrey Kightlinger, was an ardent supporter of.

Sierra Club California, who joined with the L.A. Waterkeeper, Azul, Restore the Delta, Food and Water Action and other environmental groups in supporting Hagenhalil’s hiring, noted that vote came after nearly two hours of public comment.

“Several callers noted the delegation from Municipal Water District of Orange County (MWDOC)’s attempts to derail Mr. Hagekhalil, as detailed in the LA Times, the OC Register, and the Daily News,” according to a statement from the Club. “The behind-the-scenes struggle over the agency’s leadership comes as severe drought wreaks havoc on Southern California’s water systems, deepening divisions over the path forward for MWD, which is tasked with supplying water to millions of Californian.”

After the vote, Hagekhalil thanked the Board for their support of him.

“I am grateful to the entire Metropolitan board of directors for the opportunity to lead this organization, which is so important to the lives and livelihoods of Southern Californians,” Hagekhalil said. “As we move forward, I am determined to focus on what unites us and pursue a unified agenda that includes and works for every member agency. Working together, I believe Metropolitan can continue confronting the challenges we face to ensure water reliability for all our member agencies and communities we serve with focus on our underserved communities while engaging our diverse stakeholders and empowering our staff.”

“Mr. Hagekhalil is a highly respected leader on wastewater and water reuse who will help Metropolitan continue on its path to invest in sustainable water supplies,” Chairwoman Gloria D. Gray said in a statement. “His commitment to innovation, sustainability and working together, as a united Metropolitan board, will be critical as we face the challenges climate change is bringing to Southern California’s water supplies.”

Sierra Club representatives thanked the Board for making the decision to hire Hagekhalil and said they looked forward to working with him.

"We are pleased that the Board members made this decision,” said Charming Evelyn, Chair of the Sierra Club Angeles Chapter Water Committee. “This is a new Chapter for MWD and its employees. Hopefully, Adel will continue to welcome us all to the table including our Tribal Nations. They have been left out of the water conversation for far too long."

“It was a long road to get here - over a year of this hiring process and months of organizing - but we are extremely pleased with the decision to hire an outside candidate,” said Caty Wagner, Southern California Water Organizer for Sierra Club CA. “I want to thank the board members that voted for Mr. Hagekhalil. And I know his hiring would not have been possible without the work of Sierra Club volunteers and the environmental community to call for the agency to start prioritizing water sustainability and environmental justice. We look forward to working with Mr. Hagekhalil.”

On May 28, a broad coalition of groups sent a letter to the board supporting the hiring of Adel Hagekhalil.

“This is the right choice during this time to heal the organization and prepare our region in the face of persistent drought and changing climate. We look forward to partnering with you and the new GM on creating a healthy, safe and collaborative work environment at MWD," the letter stated.

A registered civil engineer and board-certified environmental engineer, Hagekhalil was appointed by Los Angeles Mayor Eric Garcetti in 2018 to lead StreetsLA, the department that manages and maintains Los Angeles’ vast network of streets and urban forests, including climate adaptation and multi-benefit integrated active transportation corridors, according to a press release from MWD.

Hagekhalil has also served for more than a decade as a board member on the National Association of Clean Water Agencies, including a term as president, and was named a Water Environment Federation fellow in 2019.

Previously, he worked with President Obama on water security and for UNESCO, according to Sierra Club California.

A cooperative of 26 member agencies, Metropolitan provides more than half the water used by 19 million people in six Southern California counties. The district’s 5,200-square-mile service area covers most of urbanized Southern California.

In his new post, Hagekhalil will be responsible for leading Metropolitan’s daily and long- term operations, including implementing the policies of the 38-member board, according to MWD. He will also be Metropolitan’s chief spokesman and work with member agencies and federal, state and local officials to carry out Metropolitan's mission to provide water reliability to Southern California.
Add Your Comments
Support Independent Media
We are 100% volunteer and depend on your participation to sustain our efforts!