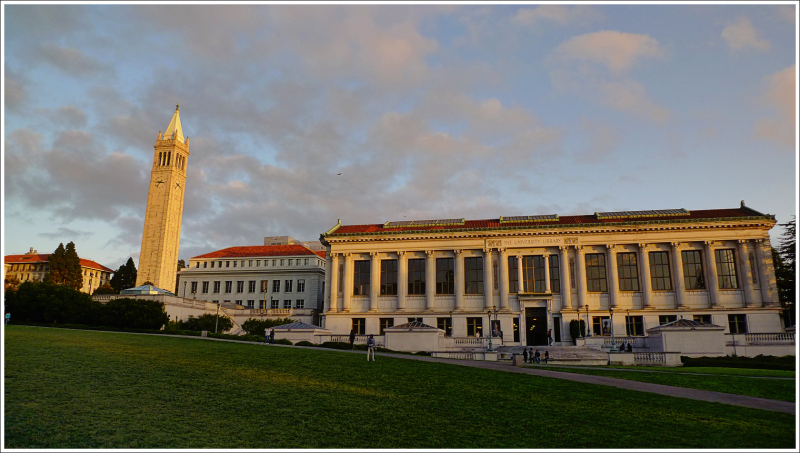 The UC lecturers’ contract expired 16 months ago, in January 2020, and ever since then the UC-AFT has conducted secret, back-room negotiations to try to avert any potential strike action. Rank-and-file UC lecturers are demanding better job security, higher wages to reflect their expertise and cost of living, and compensation for unpaid labor, but the UC-AFT continues to offer lecturers no viable perspective to wage their struggle.

In the week since UC lecturers voted to authorize strike action, ongoing negotiations between the UC-AFT and University of California Office of the President (UCOP), both parties have agreed to a meager 1.2 percent raise to lecturers in 2022 and a 2 percent raise from 2023-25. None of the lecturers’ demands for job security, fair compensation or university transparency during the rehiring process have been addressed.

The struggle for a living wage among UC lecturers has been continuous since January 2019, when tenure-track faculty were exclusively slated to receive a 4 percent raise. Later that year, UC lecturers issued an open letter to UC president Michael Drake and Executive Vice Provost Susan Carlson, stating, “the UC is the largest employer in the most prosperous state in the nation. The UC’s 2019-2020 budget projects $557,000,000 more revenue this year than last year and specifically calls for investment in ‘the faculty members … that are critical to student success and help students make timely progress toward graduation.’ There’s no excuse for short-changing UC teaching faculty.”

According to the UC-AFT, UC lecturers earn a median annual salary of $19,067, a $1,188 decrease from 2018. This is a poverty wage. State income data from the California Department of Housing and Community Development shows that the income for UC lecturers is considered “extremely low” to “very low” throughout the state, which has among the highest costs of living anywhere in the world. Housing costs in Berkeley, California, for example, are 225 percent higher than the national average, while utility and transportation costs are 14 percent and 30 percent higher, respectively.

Lecturers also face the constant prospect of being laid off, with contracts usually lasting no more than one to two years. Lecturers have expressed that they work many more hours than what they are paid, with a large proportion of their work completely unacknowledged. The process of rehiring or terminating lecturers is also inconsistent and usually arbitrary.

At a June 1 press conference, UC-AFT communications chair Caroline Luce noted, “the only way to combat UC administrators’ inaction and intransigence is by withholding labor ...” However, the vote to authorize a strike was the first such vote to take place under the auspices of the UC-AFT in over 20 years.

The UC-AFT leadership made clear that any strike would not be allowed to continue past one week, and that her priority was ensuring that students would not be affected, while informing the press that they are determined to avoid a strike. After over one year of private negotiations, Luce made clear that the UC-AFT is confident that “there is still room for progress at the table.”

It is clear that UC-AFT does not represent the interests of UC lecturers. This is further confirmed by examining the role played by its parent organization, the American Federation of Teachers (AFT), during the 2018-19 wave of teachers’ strikes, and in its ongoing drive to reopen all schools amid the COVID-19 pandemic, forcing teachers and students into dangerous classrooms.

In 2019, amid mounting calls for a nationwide strike among educators to demand improved school funding, wages, and working conditions, the AFT deliberately isolated each strike and worked with its local and state affiliates to negotiate deals with state government officials that betrayed rank-and-file teachers’ demands.

Amid the pandemic, it has been the official program of the AFT, as well as the Democratic and Republican Parties, to herd educators and students back into classrooms as quickly as possible, a critical component of the broader return-to-work campaign of the ruling class. AFT President Randi Weingarten, who garners a yearly salary of roughly $500,000, revealed to the New York Times in February that she was spending upwards of 15 hours per day on the phone with the White House, the Centers for Disease Control and Prevention (CDC), local mayors and local union heads, orchestrating the campaign to reopen schools.

Over the course of the past year, the AFT and its counterpart the National Education Association (NEA) refused to unite educators and organize a single struggle in opposition to school reopenings. Millions of teachers have been isolated to their respective districts. Last July, in the face of enormous opposition from teachers to school reopenings, the AFT passed a resolution that explicitly allowed only for “local and/or state affiliate safety strikes on a case-by-case basis as a last resort.” When teachers began engaging in wildcat sickout strikes throughout the fall, both unions kept them isolated and offered no support whatsoever.

At the same time, the AFT has done nothing to protect university faculty members from the virus. The AFT’s official document, “Principles for Higher Education Response to COVID-19,” makes no mention of the need for a lockdown of all non-essential production to contain and eradicate the pandemic. In fact, the decision to remain online is left in the hands of each university.

University employees have witnessed their living standards decline for nearly half a century, which was made possible through the union’s ongoing tactics of isolating, starving out, and preventing strikes.

The idea that strikes “harm students,” as the UC-AFT maintains, is a lie. According to a 2014 study by The Delta Cost Project at the American Institute for Research, from 1990 to 2012 universities hired part-time faculty at 2.6 times the rate of full-time faculty, and this process has only accelerated, severely undermining the quality of education that students receive. The university’s drive for profits has produced both the astronomical increase in tuition costs and the increase in part-time faculty, and underscores that the interests of teaching faculty and students are indissolubly united.

Of the 199,000 faculty and staff employed by the UC system, 94,000 are unionized across 10 labor unions who consistently isolate the struggles of workers to their respective unions and seek above all to avoid the unification of workers throughout the UC system and beyond. The overwhelming majority of UC lecturers have now expressed their desire to strike for better working conditions and pay, while the UC-AFT is doing everything possible to prevent a strike from going forward.

If the university lecturers are to secure their demands and much more, then a new organizational form, rank-and-file committees controlled democratically by the workers themselves, must be built. These committees must fight to carry out the broadest struggle possible, uniting UC lecturers with public school teachers and workers in every industry, throughout the US and internationally.

The International Committee of the Fourth International has issued the call for the formation of the International Workers Alliance of Rank-and-File Committees (IWA-RFC) to coordinate and unite the developing struggles of the working class on a world scale. We urge UC lecturers to sign up today to build a rank-and-file committee at your campus to carry forward your struggle in unity with the international working class.

https://www.wsws.org/en/articles/2021/06/1...
Add Your Comments
Support Independent Media
We are 100% volunteer and depend on your participation to sustain our efforts!