Add an Event
Newswire
Calendar
Features
Home
Donate
From the Open-Publishing Calendar
From the Open-Publishing Newswire
Indybay Feature
Related Categories: San Francisco | U.S. | Media Activism & Independent Media
Journalist, Activist Kevin Gallagher Has Died
by anonymous
Friday Jun 11th, 2021 2:30 PM
Kevin Gallagher, age 36, was found deceased at his home in San Francisco. This announcement was made yesterday on June 10th. Gallagher was an an activist, journalist and researcher who raised awareness about the surveillance industry. Cause of death has not been announced at this time.
Kevin Gallagher was the founder and director of Free Barrett Brown (https://freebarrettbrown.org), a support network and advocacy organization created in 2012 to help jailed journalist Barrett Brown. Brown faced spending the rest of his life in jail for sharing a URL (Uniform Resource Locator: web address) to the hacked emails of the surveillance corporation Stratfor. Brown was not arrested for hacking the emails (which was done by activist Jeremy Hammond), but for merely copying and pasting the URL to where the email trove was put online. As a journalist, Keven Gallagher not only raised awareness about Brown's case, but also about the private surveillance industry itself (https://www.huffpost.com/entry/private-sector-surveillance_b_5171750).

Kevin Gallaher's journalism played a role in drawing more attention to the Stratfor emails, which were indexed by Wikileaks and are still searchable to this day (https://search.wikileaks.org/gifiles/). The company Stratfor gathers intelligence for their corporate clients. Among other things, at the time of the hack, they were gathering intelligence on protest movements such as Occupy Wall Street protests, including Occupy Oakland (https://search.wikileaks.org/gifiles/?q=%22occupy+oakland%22).

Kevin Gallagher contributed to and communicated the work that Barrett Brown's Project PM was doing in building a public wiki-database of surveillance contractors. Originally at wiki.echelon2.org, the Project PM database has had a few iterations and can now be found at https://www.projectpm.wiki/index.php?title=Main_Page. Project PM gained the ire of the FBI, which forced the wiki-database to close and restart. The website was critical in exposing surveillance contractors like Palantir (https://www.projectpm.wiki/index.php?title=Palantir), a company which was recruiting on UC Berkeley campus for years (https://www.dailycal.org/2019/09/18/uc-berkeley-students-demand-tech-giant-palantir-drop-contracts-with-ice/).

In 2013, Gallagher was interviewed on Lorax Live for Anonymous Radio regarding Project PM (https://www.anonymous-france.info/lorax-live-kevin-m-gallagher.html) In 2014, Kevin Gallagher spoke at the Hope X conference to talk about the work Project PM was doing (https://www.youtube.com/watch?v=IhNJU47VDt8). In the presentation he showed how the Project PM research inspired journalists to start reporting on private surveillance companies, software and programs. The corporations investigated by Project PM not only work domestically with law enforcement and military, but operate globally, even with totalitarian, anti-democratic governments.

In the 2016 extradition hearing for Lauri Love, Kevin Gallagher gave testimony to help prevent Love from being detained to the US from the UK. Lauri Love has Autism and Depression and would not have been treated well by US authorities (https://www.computerweekly.com/news/450299404/Lauri-Love-using-illness-as-a-shield-against-extradition-claims-prosecution)

Kevin Gallagher also worked with the Freedom of the Press Foundation (https://freedom.press/people/kevin-gallagher). At the foundation he advocated for the rights of journalists and whistle-blowers.

On Twitter, Barrett Brown posted a video message in memory of Kevin Gallagher: https://twitter.com/BarrettB/status/1403127329812066306 Along with praising Gallagher's work, Brown also talks about the extra-legal harassment from law enforcement and other stressors activists face being on the front-lines of civil rights.

On an end note: The anonymous author of this article did not know Kevin Gallagher, but followed his work and found his journalistic activism to be inspiring. He is someone I always thought about one day meeting, but never took initiative to do so. Last month, Kevin Gallagher shared on Twitter that he was feeling alienated and marginalized. He wanted to hear from his fans. (https://twitter.com/ageis/status/1393553049541439489) I wish I had seen his Tweet, because I would have reached out as a fan. The lesson we can learn from Gallagher's passing is that activists should support each other and express admiration, even if it means breaking through social anxieties and introversion to reach out to someone we have never met.
Add Your Comments 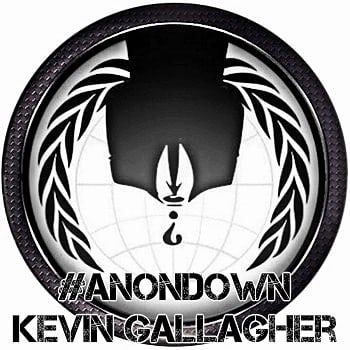 On behalf of Anonymous San Francisco, thank you for the write-up.

His work won't be forgotten.