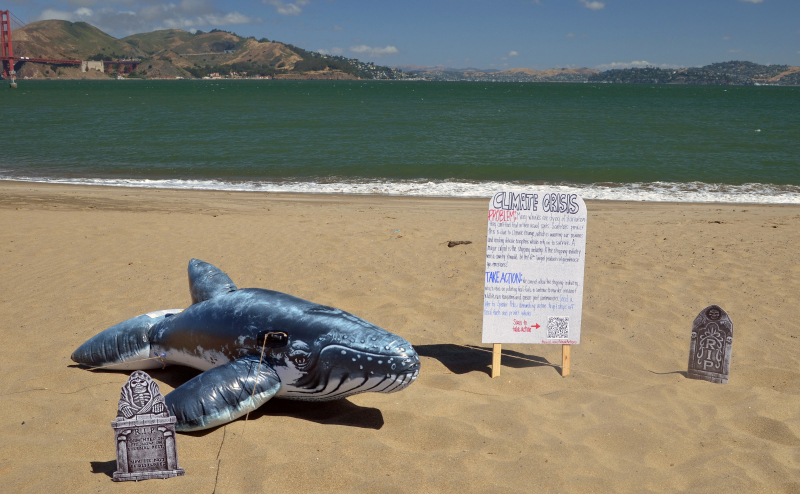 original image (4624x2860)
SAN FRANCISCO, June 8, 2021 — Conservation groups and whale lovers gathered today — which is World Oceans Day — at Crissy Field Beach in San Francisco to honor the 12 dead whales that have washed up in the Bay Area so far this year and call for greater protections. Attendees took actions calling for specific solutions to the three top threats to whales: ship strikes, entanglement in fishing gear and climate change.

Against the backdrop of the Golden Gate, through which container ships and fishing boats pass regularly, speakers at the event called for a mandatory 10-knot speed limits for ships passing through whale habitat along California’s coast and the conversion of California’s trap fisheries to new ropeless gear to prevent deadly entanglements.

They also called for strong national action to address climate change, which can cause malnutrition as whales’ food sources are decreased or moved, sometimes bringing whales into areas where they’re more likely to be entangled or hit by ships. A Facebook livestream of the event is at http://biodiv.us/whale-wake.

“Dead whales washing up on Bay Area beaches is a wake-up call. We answered that call at this event by demanding action to address ship strikes, entanglement in fishing gear and climate change,” said Steve Jones with the Center for Biological Diversity. “Whales are essential to healthy oceans because they spread nutrients and store carbon. The more we can do to protect them as their populations recover, the better off we’ll all be.”

“We have witnessed a comeback of whales off of California’s shores, with gray, blue and humpback whales recovering at least some of their depressed populations from whaling in the 19th and 20th centuries,” said Mark J. Palmer, associate director of the International Marine Mammal Project of Earth Island Institute. “But these fragile whale populations are facing new hazards along our shores: entanglement in fishing gear, global warming reducing the productivity of the Arctic Ocean, and ship strikes. These problems can be fixed, but we need to take action now.”

Blue, fin, humpback, gray and other whales migrate along the West Coast, where they are most directly threatened by vessel strikes and entanglement in fishing gear. Eleven dead whales have washed up around the Bay Area since early April, and at least four died from ship strikes. Two dead whales were also found on the hull of a military ship in San Diego last month.

“The global shipping fleet has quadrupled in size since the 1980s and emits more climate pollution than all coal plants in the United States combined,” said Madeline Rose, climate campaign director for Pacific Environment. “California is the nation’s largest maritime importer and is home to the nation’s largest seaport complex. We are calling on Speaker Pelosi and all California leaders to make zero-emission shipping personal, urgent priorities.”

“Speeding ships are one of the main reasons these whales are washing up dead,” said Marcie Keever, Oceans and Vessels Program director at Friends of the Earth. “A speed limit for large ships is a solution that has been shown to protect whales, while also helping the shipping industry reduce emissions.”

Friends of the Earth fights for a more healthy and just world.
Together we speak truth to power and expose those who endanger the health of people and the planet for corporate profit. We organize to build long-term political power and campaign to change the rules of our economic and political systems that create injustice and destroy nature.

Pacific Environment is a global environmental organization that protects communities and wildlife of the Pacific Rim. We support community leaders to fight climate change, protect the oceans, build just societies, and move away from fossil fuels toward a green economy 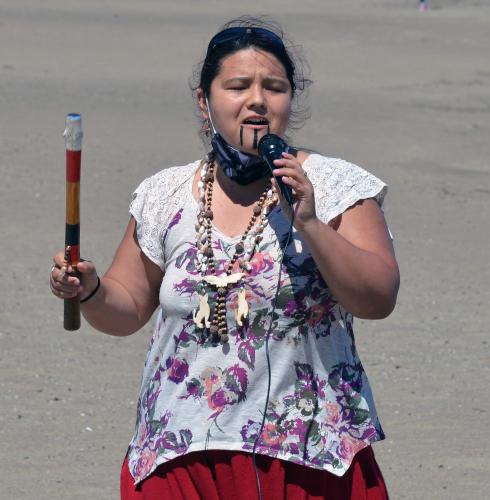 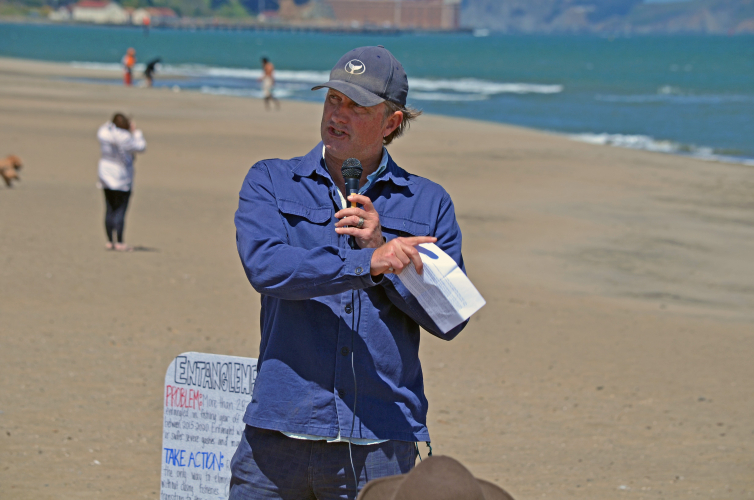 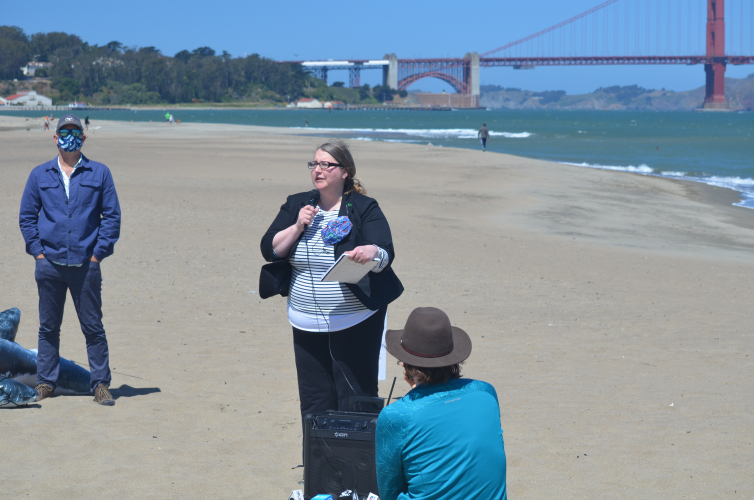 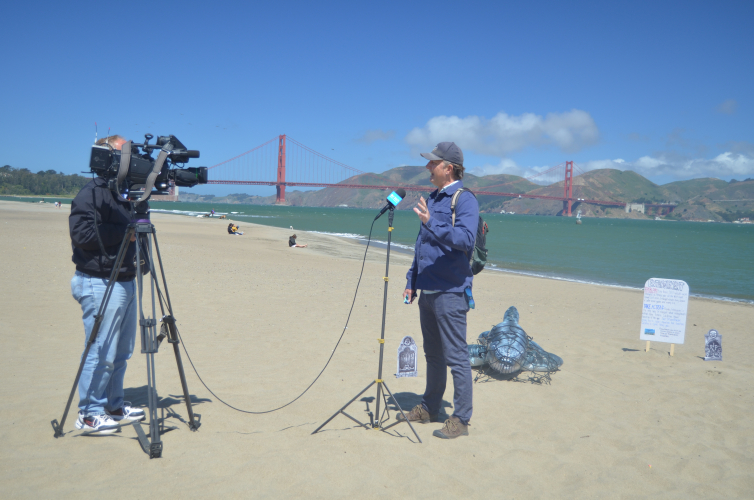 original image (4928x3264)
Photo by Mark Palmer.
https://www.biologicaldiversity.org/
Add Your Comments
Support Independent Media
We are 100% volunteer and depend on your participation to sustain our efforts!