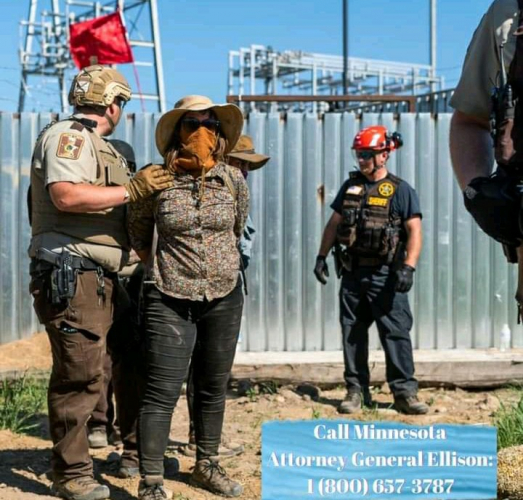 NORTHERN MINNESOTA -- More than 150 Water Protectors arrested in actions to Stop Line 3 were denied medications, denied phone calls, and sent throughout the State in Minnesota.

After a mass action shutting down a Line 3 pump station, over 150 water protectors were arrested. Arrestees have since been transferred to Aitkin County, Kandiyohi County, Douglas County, Pine County, Todd County & Becker County. The counties are part of the 16-county Northern Lights Task Force, which has received significant funding from the Enbridge Corporation.

To date, sheriffs have billed hundreds of thousands of dollars to the Enbridge-funded and state-overseen Public Safety Escrow Account.

Some water protectors were held for 16 - 20 hours without being booked, denied medical prescriptions, denied medical attention despite multiple requests for aid, along with multiple violations of the Americans With Disabilities Act. In Kandiyohi County Jail, water protectors were denied their right to speak to an attorney, as friends and family members did not get to check in on the health and well-being of loved ones. 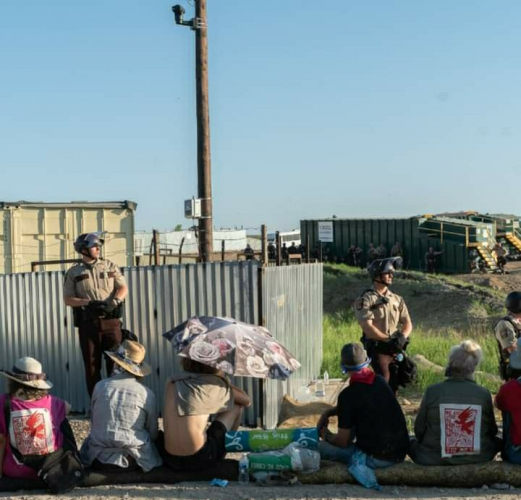 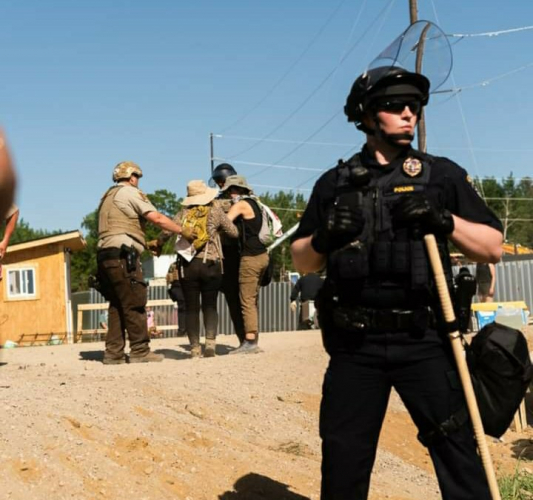 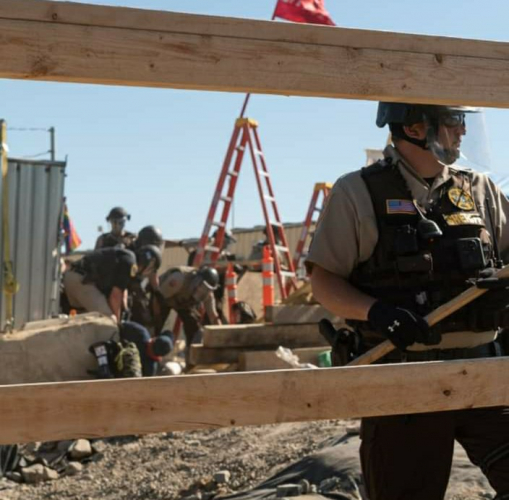 original image (704x691)
https://bsnorrell.blogspot.com/2021/06/min...
Add Your Comments
Support Independent Media
We are 100% volunteer and depend on your participation to sustain our efforts!