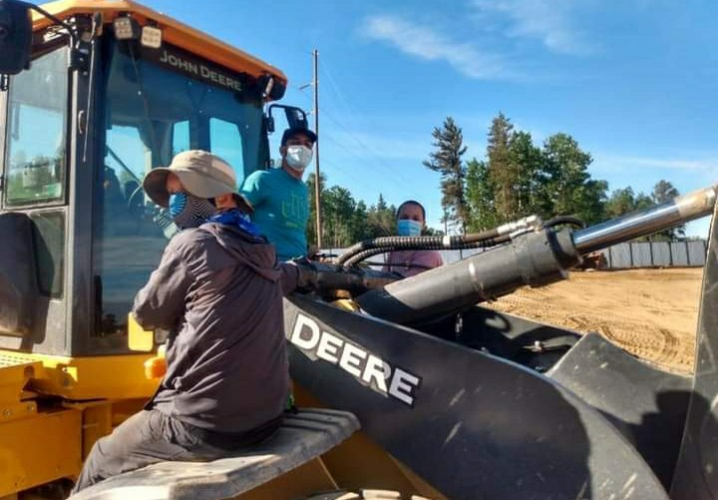 PARK RAPIDS, Minn. -- After a weekend of trainings at the Treaty Peoples Gathering, hundreds of water protectors descended by land and by air on an active Line 3 pump station near the Mississippi headwaters, climbing over large steel fences and creating multiple blockades. Some linked arms, some locked into a boat, others locked to equipment inside the pump station after scaling steel fences, and still others ascended into a large aerial structure.

The Indigenous-led resistance against Line 3 grew steadily through a freezing winter, with well over 250 arrests of largely young people risking their bodies and freedom for a more just world. After the spring thaw and hold on wetland construction, Enbridge has resumed full-scale construction in northern Minnesota. Enbridge plans to drill through 22 rivers, over 800 wetlands, and many wild rice tributaries.

“Our Mother is calling out, it’s time for us to listen or do the work to remember how. It’s also time for us to all stand with our words. The situation is urgent, it requires urgent response. Find your bravery, find your community, find your truth,” said Tara Houska, Giniw Collective.

A call for a mass action came from the Line 3 fight and people responded by the thousands from all over Turtle Island. In her second visit on the ground to the Line 3 fight, Oscar-winning actress Jane Fonda joined the demonstrations also, alongside actresses Catherine Keener, Rosanna Arquette, and Taylor Schilling.

Despite repeated calls from frontlines communities, multiple tribal lawsuits, and hundreds of arrests, President Biden has yet to comment on Line 3. The Treaty Peoples Gathering brought together thousands to learn about treaty obligations and stand up for Mother Earth.

One water protector said, "I think it's ridiculous that stuff like this is still going on and that people in power are still allowing this behavior to continue; disrespecting the treaties and disregarding climate change. There is social injustice that is going on and how little people care about it is very upsetting to me."

Line 3 is one of many Indigenous-led fights against ongoing environmental destruction by the extractive industry. From the Fairy Creek blockades in so-called British Columbia to the illegally operating Dakota Access Pipeline, Indigenous Peoples and allies are out on the frontlines protecting the Earth.

Another water protector said, "Think about the water you drink every day. Think about the fact that a human can't live more than three days without water. Think of what you would do if a corporation just took that from you. So many Indigenous bodies have gone towards protecting the resources that we all benefit from and everyone should think about how they can be someone who actually defends the water and isn't just somebody who is using it. The water is something that needs defending."

Giniw Collective is an Indigenous-women, 2-Spirit led frontline resistance to protect our Mother, defend the sacred and live in balance. We stand unafraid. Prayers into action. Follow us on Facebook, Twitter, or Instagram @GiniwCollective
https://bsnorrell.blogspot.com/2021/06/min...
§
by GINIW Collective
Monday Jun 7th, 2021 12:18 PM 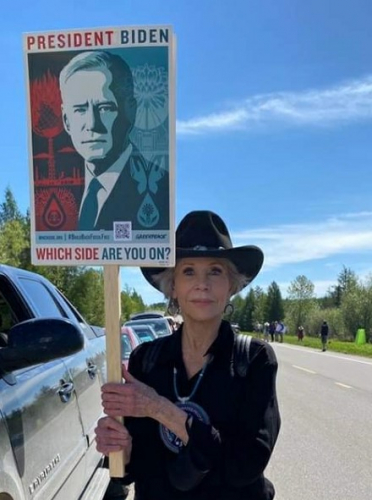 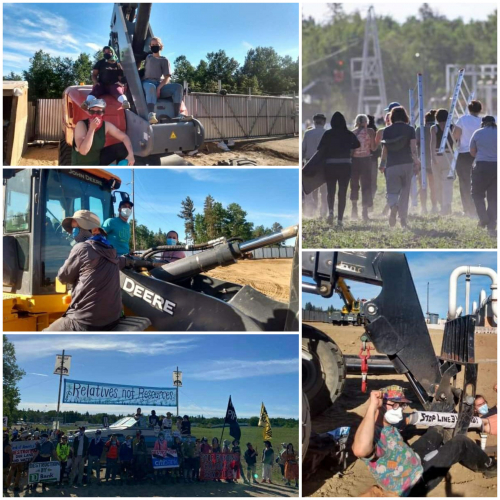 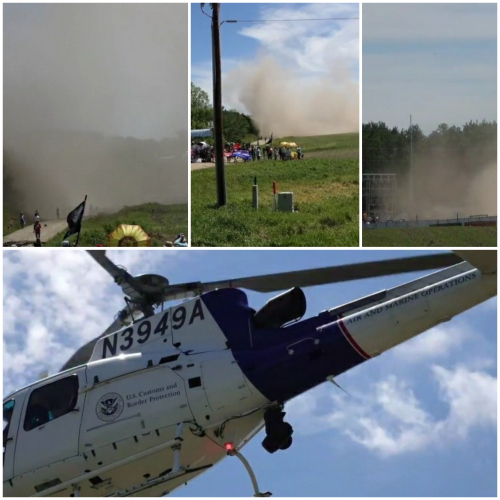 original image (2896x2896)
U.S. Border Patrol helicopter deployed to disrupt Stop Enbridge Line 3 action, in Northern Minnesota, by kicking up dust and stones.
https://bsnorrell.blogspot.com/2021/06/min...
Add Your Comments
Support Independent Media
We are 100% volunteer and depend on your participation to sustain our efforts!