by Leon Kunstenaar - AROC event notice
Attempting to avoid protesters, ZIM freighter hung out off California coasts for two weeks, only to be prevented from unloading in Oakland. 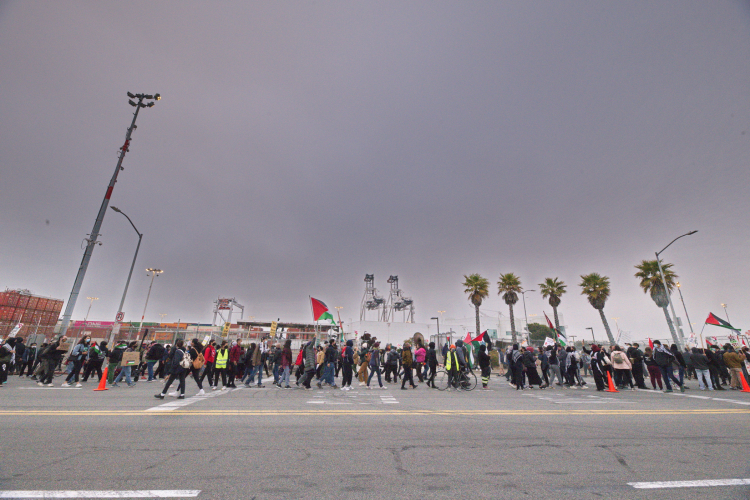 For weeks, the Arab Resource & Organizing Center’s (AROC) #BlocktheBoat campaign has mobilized communities to successfully prevent the docking of vessels operated by Israeli shipping company ZIM. Over 5,000 people signed up to answer the call to action at the Port of Oakland in solidarity with Palestine and the international BDS movement. Following AROC’s calls for a community picket at the port, the ZIM-operated Volans ship delayed docking in Oakland for 17 days.

Bay Area residents, organized labor, and community activists mobilized at 6:00 am on June 4th at Middle Harbor Shoreline Park in thePort of Oakland and prevented the unloading of the ZIM Volans’ cargo.

Long lines of trucks formed as truck drivers refused to cross picket lines at all three entrances. Labor was there in force demonstrating their solidarity with the many organizations resisting Israel's attempts at ethnic cleansing of Palestinians.

Recent calls for action against ZIM follow a call from labor unions in Palestine calling on workers and communities worldwide to refuse dealings with Israeli companies. On May 25th, the 10 unions representing Bay Area port workers, the International Longshore and Warehouse Union (ILWU) Northern California District Council, released a statement ‘in solidarity with Palestine and Palestinian communities across the world who are fighting for justice.’

#BlocktheBoat has received over 100 endorsements from labor unions, faith, and community organizations, including the Congress of South African Trade Unions (COSATU), the largest federation of trade unions in South Africa, representing 1.8 million people.

Supporting organizations include: Afternoon Update:
The Volans was gone by 6:00 that evening. Since it takes at least a day to unload a container ship (not to mention re-loading) we can assume that there was no unloading. There are some signs that the ship may try to return to Oakland, it’s been off satellite identification for many hours now…..??? 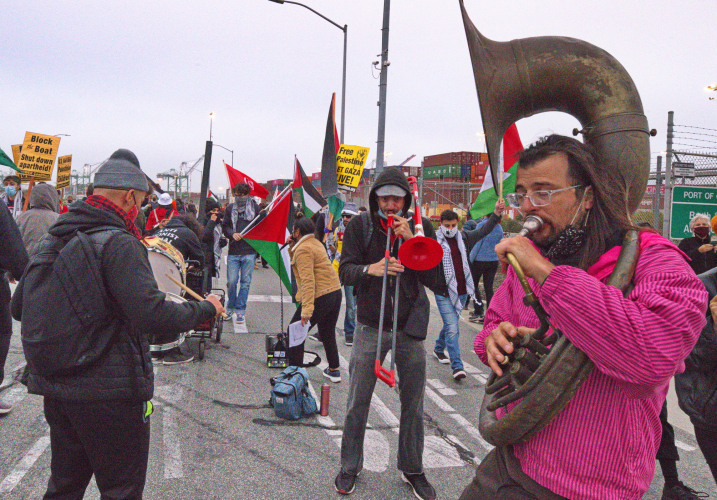 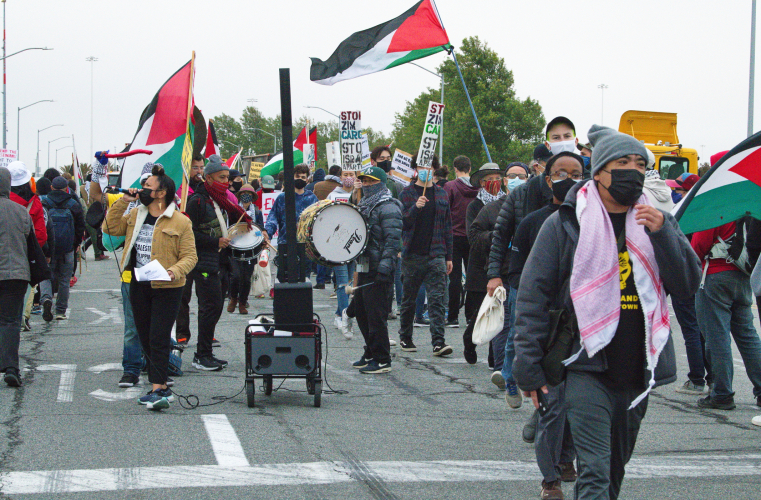 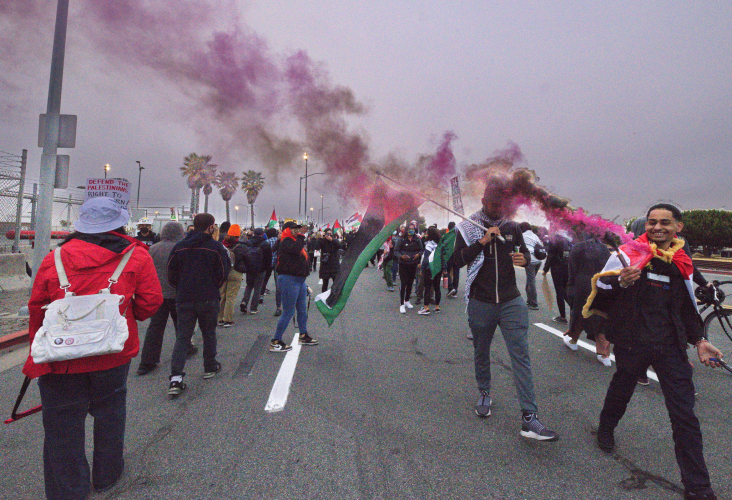 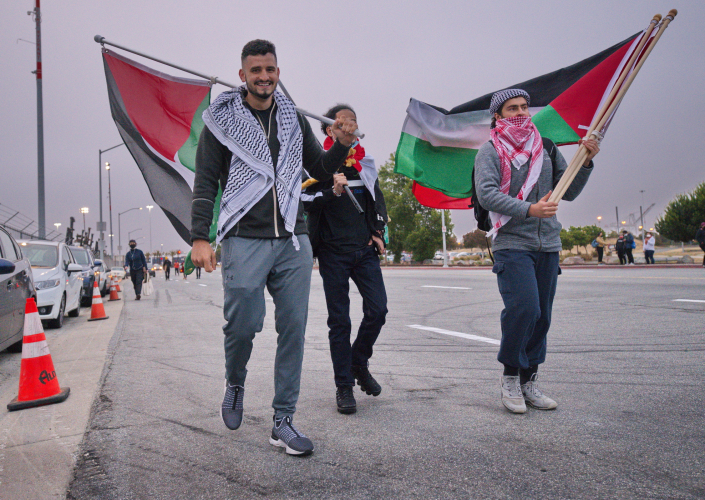 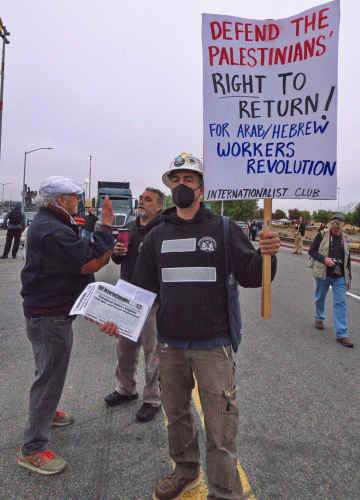 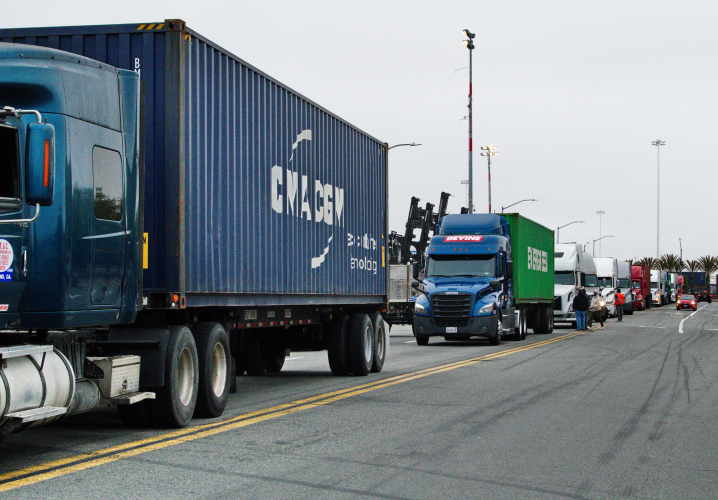 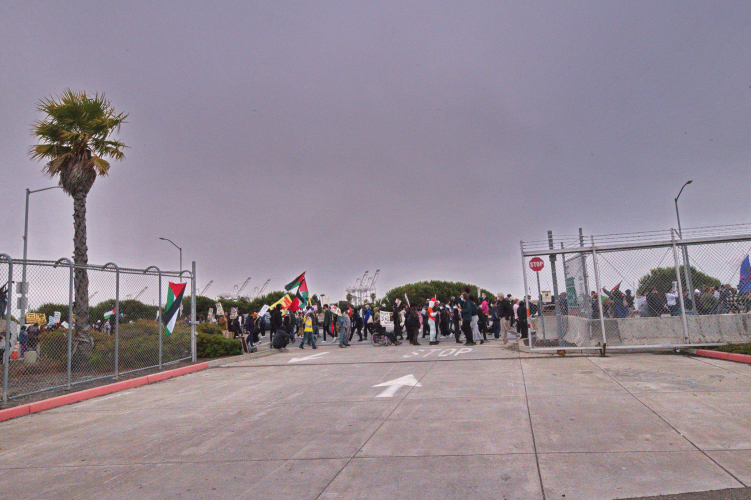 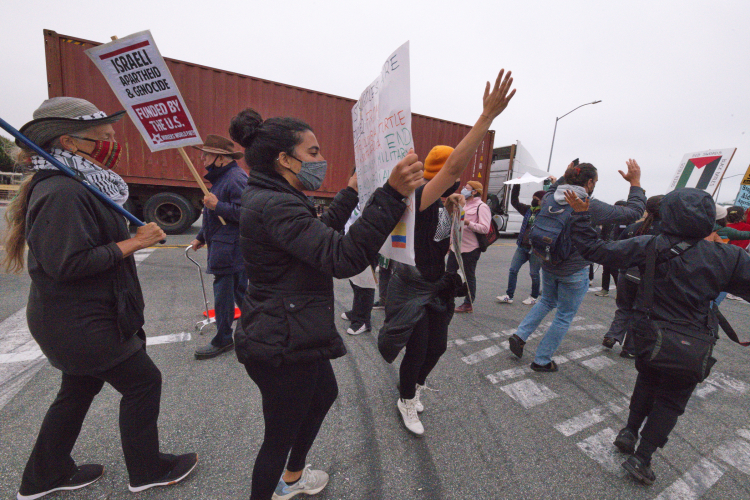 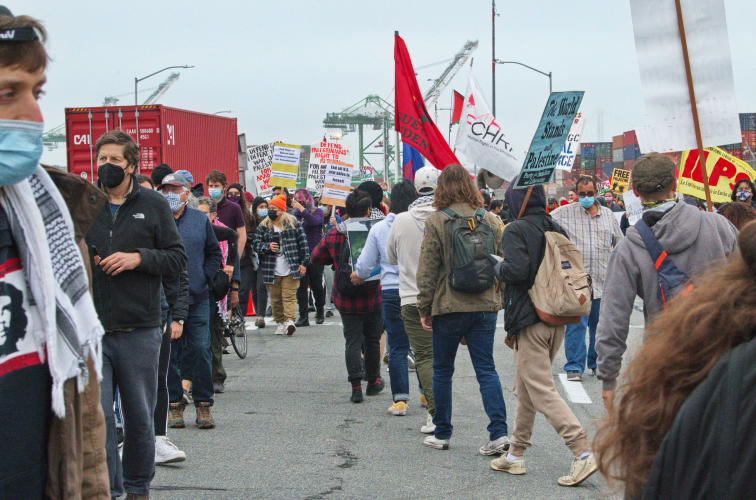 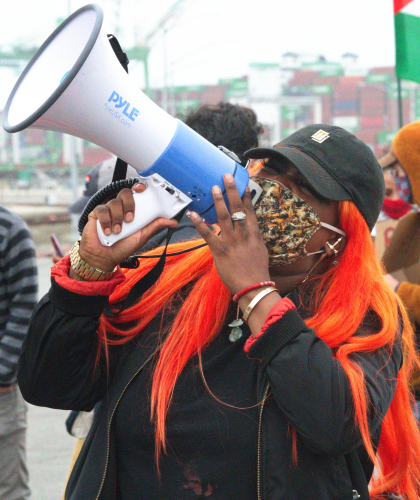 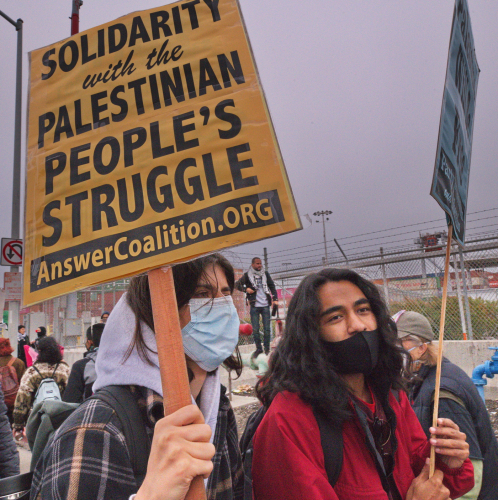 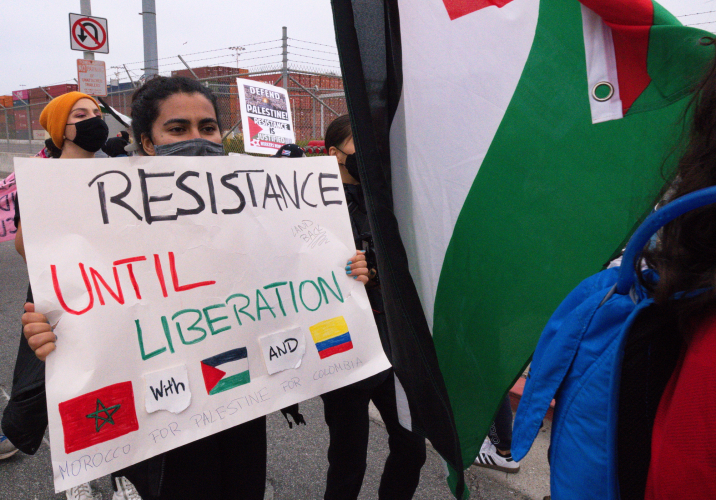 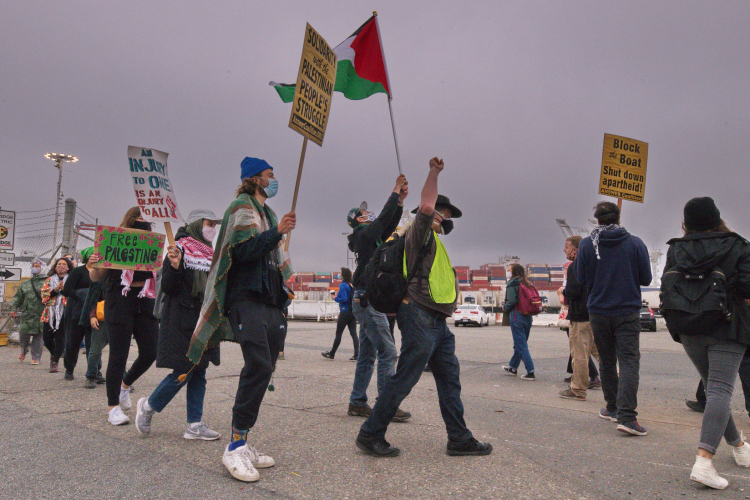 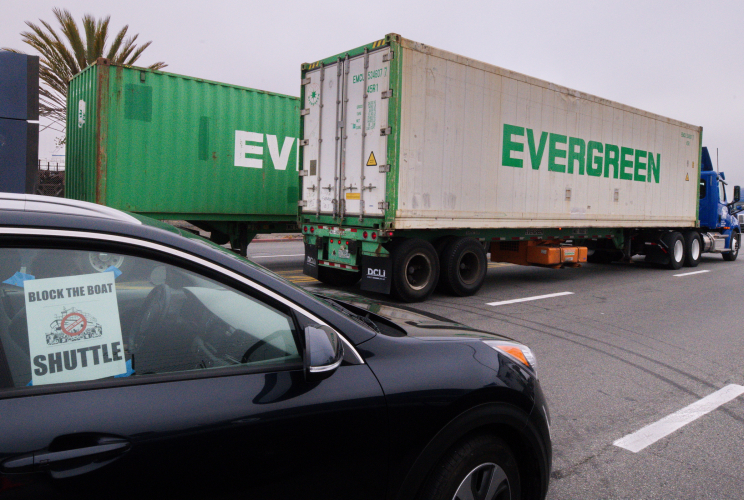 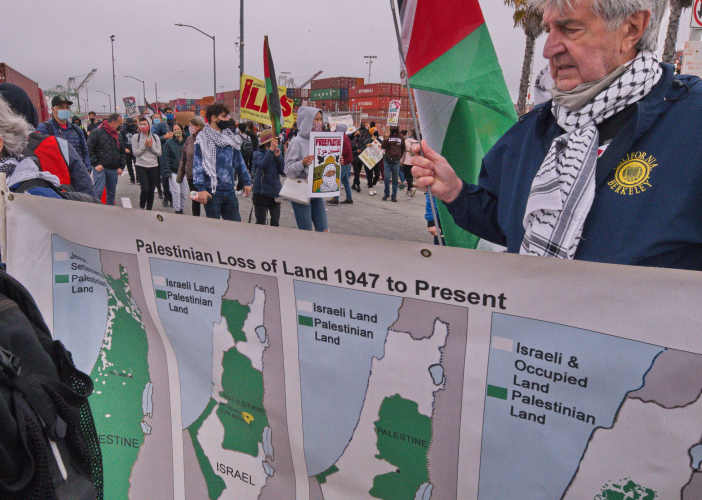 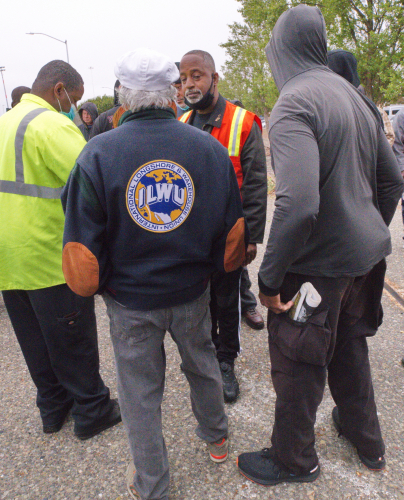 original image (1400x1730)
Add Your Comments
Support Independent Media
We are 100% volunteer and depend on your participation to sustain our efforts!