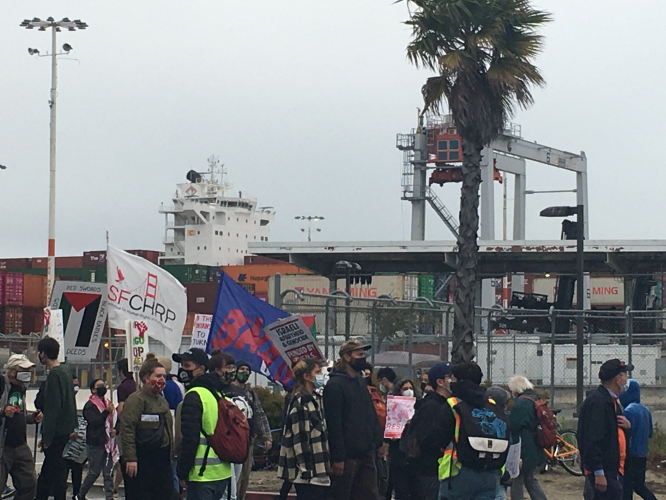 original image (4032x3024)
Hundreds of community and labor protesters blocked the Israeli chartered ship Volans at the Port on Oakland on June 4, 2021. The Zim shipping company threatened the ILWU that they would pull out of the Port of Oakland if the picketing stopped their ships.

The pickets arrived at 5:30 AM in the morning and ILWU local 10 and Local 34 members refused to cross the picket lines. ILWU members including ILWU Local 10 president Trent Willis discussed the history of the ILWU and also the racism against the
Palestinians as a well against Black Americans in the US.

The Block The Ship group with Arab Resource Organizing Committee AROC and the Stop Zim Action Committee SZAC both organized to get to the line and keep it up during first day of the ship's arrival. ZIM in the past left the berth and then tried to come back into the port secretly.

In both 2010 and 2014, pickets were held as well against ZIM owned ships and they have not returned to Oakland since those pickets. Zim also recently signed a ten year agreement with Amazon to deliver goods from China to the US and throughout the world.

ILWU Rank and File Back Picket Of Zim ship Piraeus At Port Of Oakland
https://www.youtube.com/watch?v=SZK1hoSkR_c&feature=youtu.be 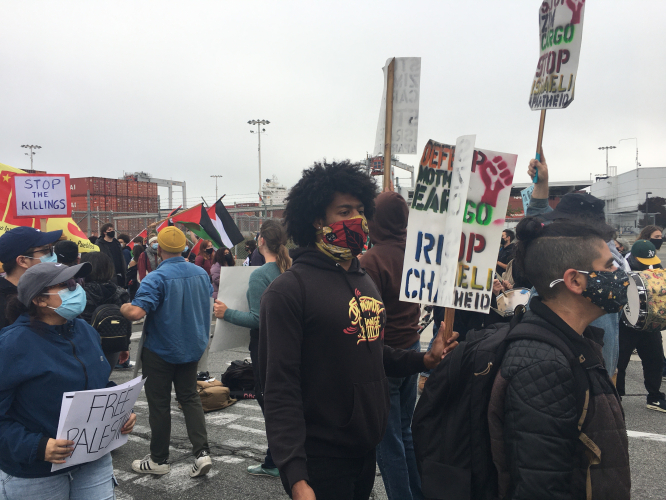 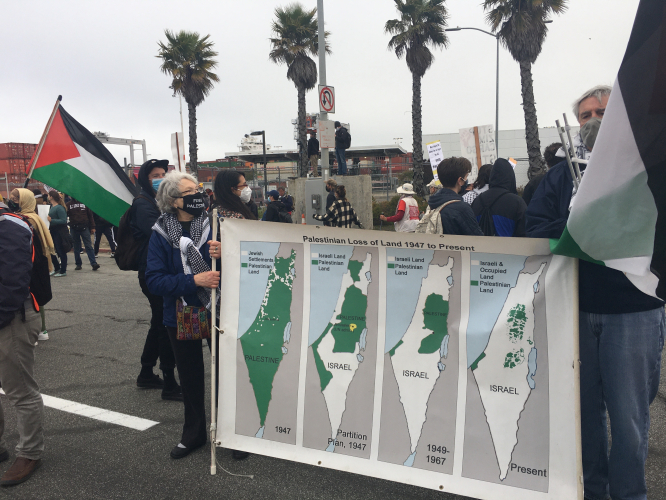 original image (4032x3024)
Some protesters held a banner showing the theft of Palestinian land by the Israeli Zionist government.
END_OF_DOCUMENT_TOKEN_TO_BE_REPLACED
§Egyptians and Pakistanis Stand With Palestinians
by Labor Video Project 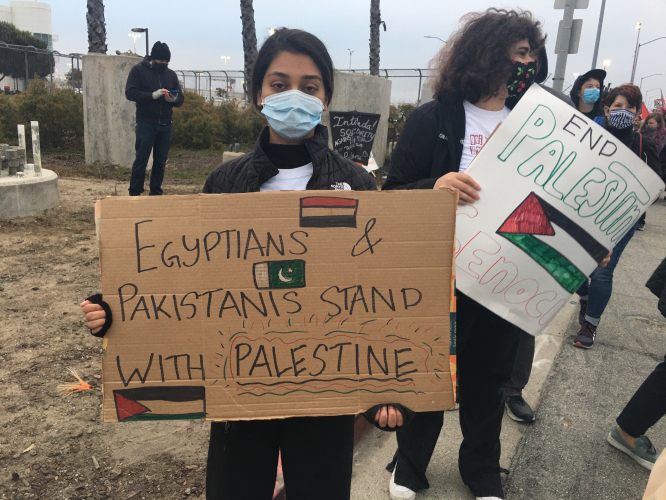 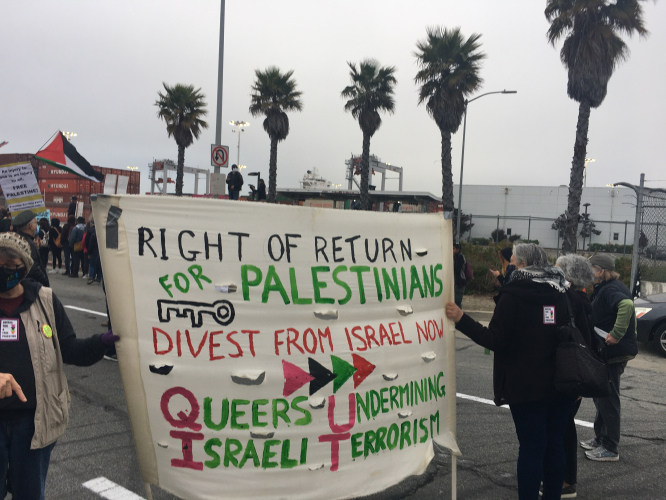 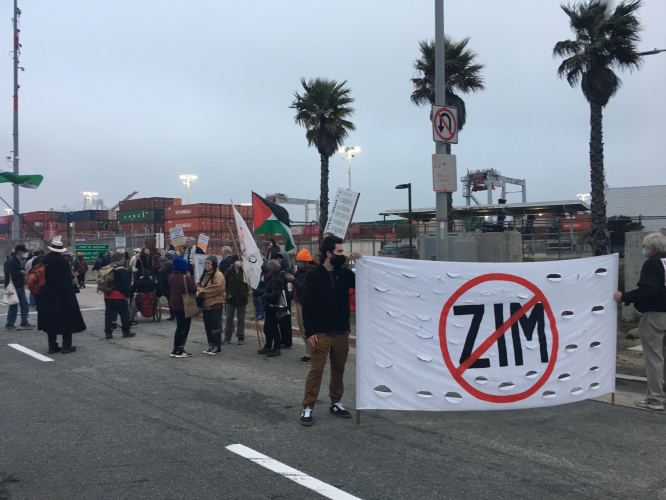 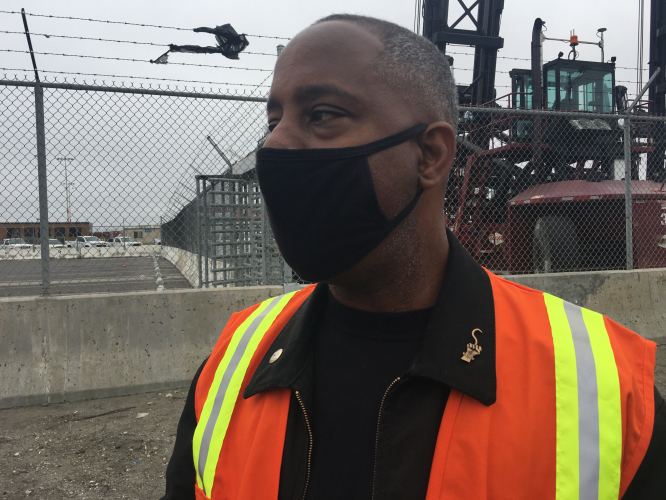 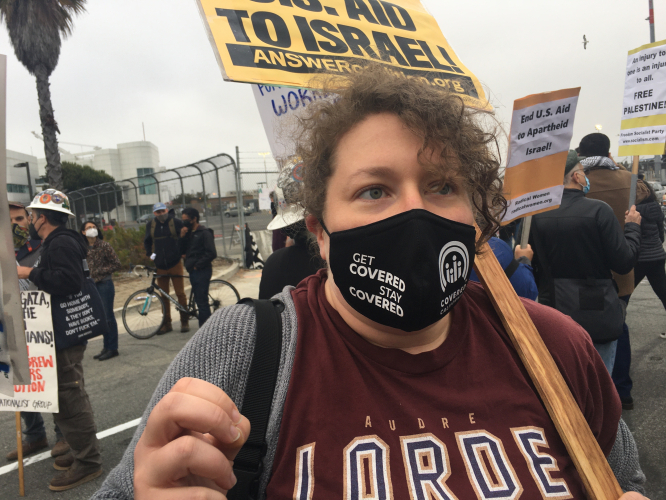 original image (4032x3024)
A picketer spoke out about how Zionists use the anti-semitism argument of those opposed to Israeli apartheid
END_OF_DOCUMENT_TOKEN_TO_BE_REPLACED
Add Your Comments
Support Independent Media
We are 100% volunteer and depend on your participation to sustain our efforts!