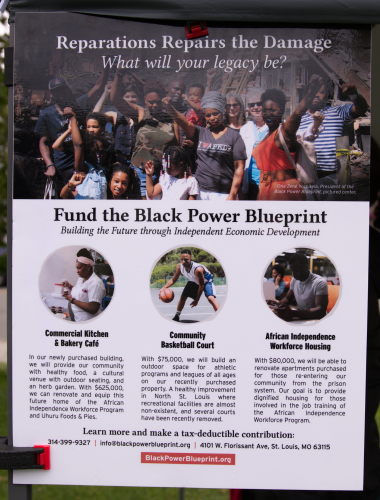 The Uhuru (freedom) solidarity movement held a teach-in and fund raiser in Oakland's Astro Park on the shore of Lake Merritt.

The low attendance did little to dampen the enthusiasm and intensity of the speakers. The principal speaker was Bakari Olatunji, the Western Representative of the African People's Socialist Party.

On a line strung between two trees, a line of silk screen prints of a "Demanding Justice for Mario Gonzales" poster was created and displayed. Gonzales was among the many killed by police.

Donations totaling $112 were received. Sales totaled $1, a sticker purchased by yours truly.

The Uhuru Solidarity Movement, is an organization under the leadership of the African People’s Socialist Party, with the responsibility to organize in the white community to raise reparations. The USM Oakland branch called on white people who want to take a stand against the ongoing police terror and colonial violence happening against the black community to come out to this teach-in and rally take a stand against the genocide happening in our name. 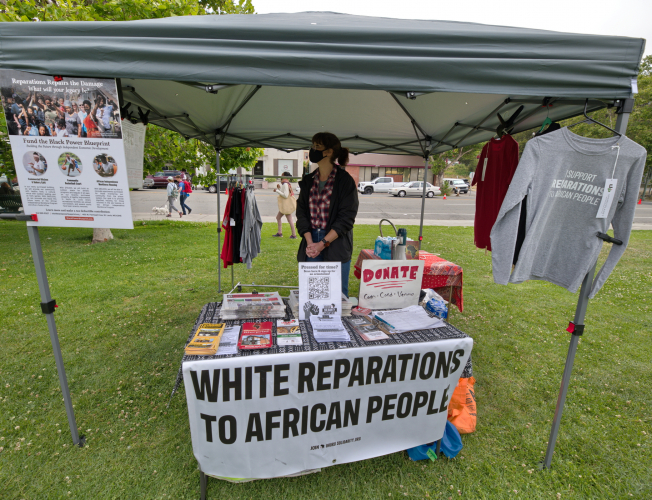 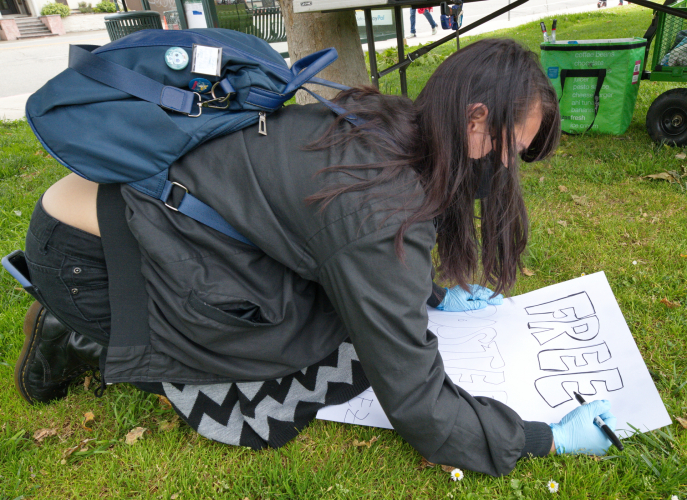 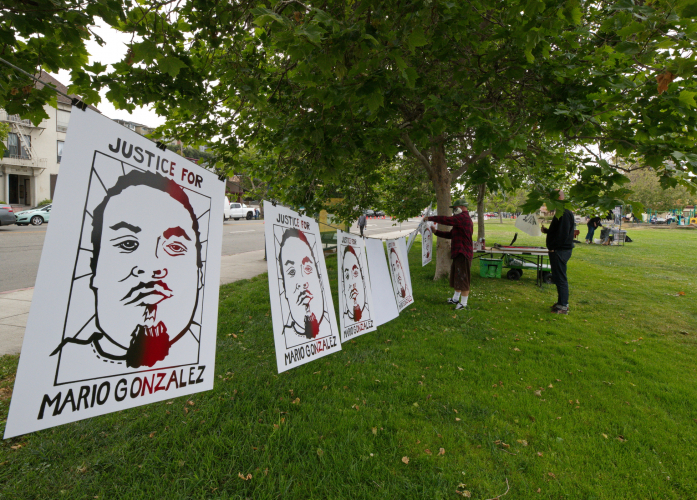 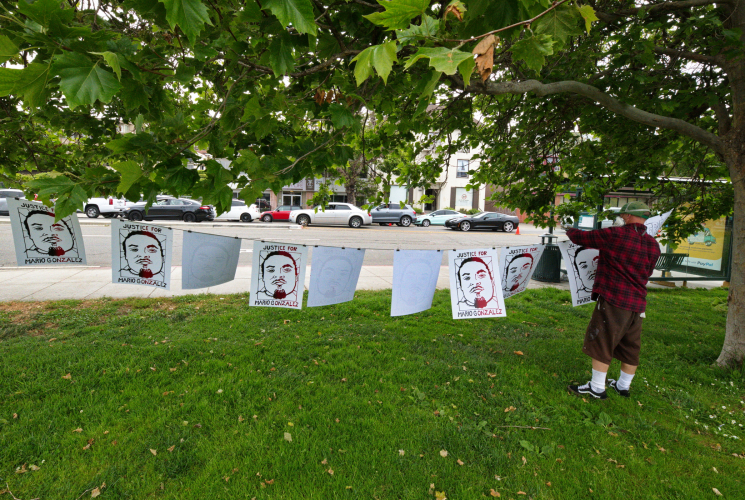 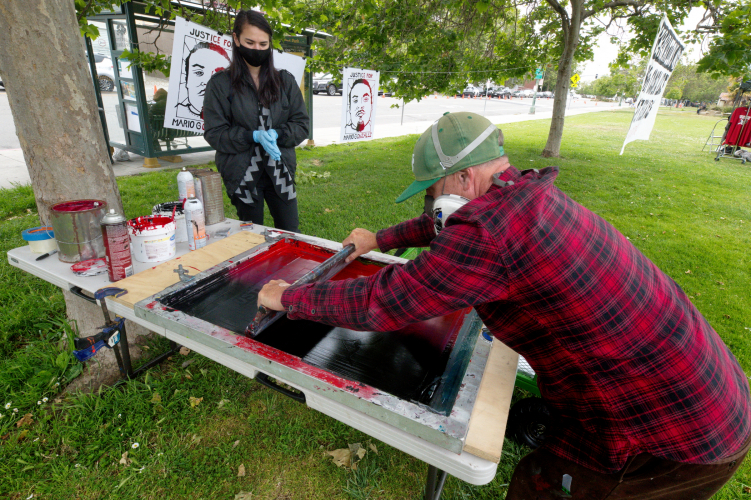 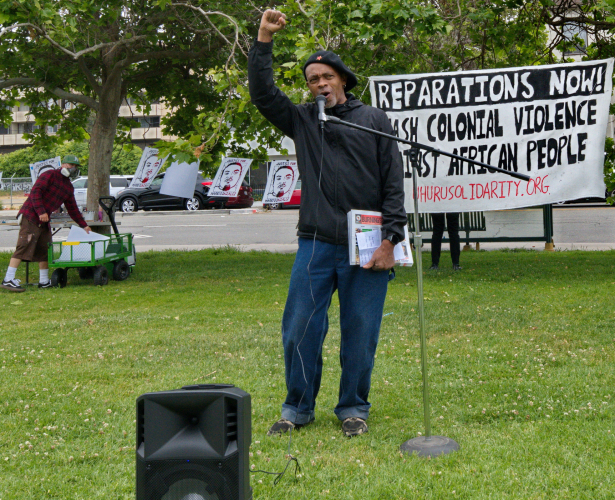 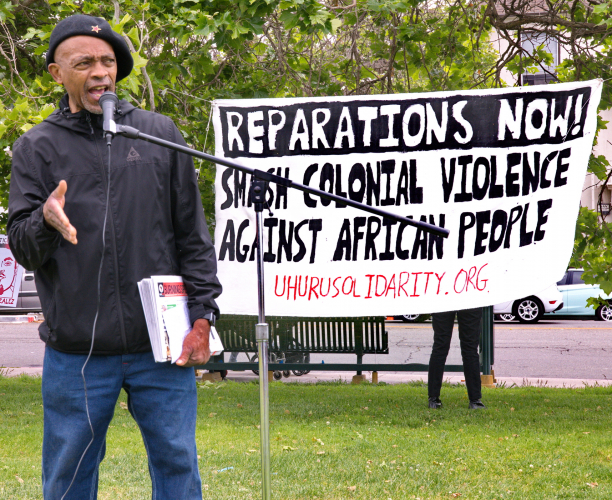 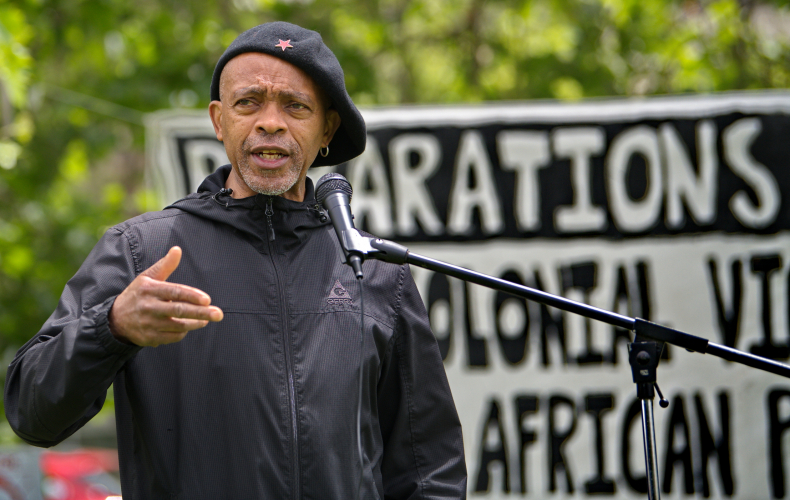 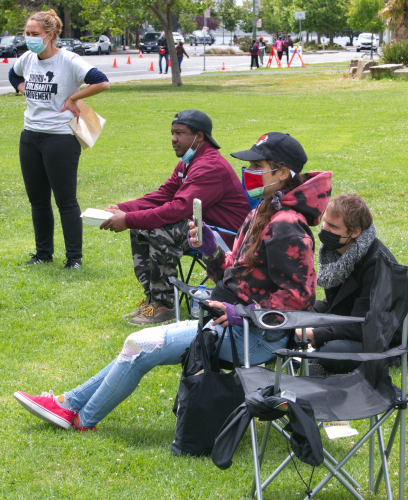 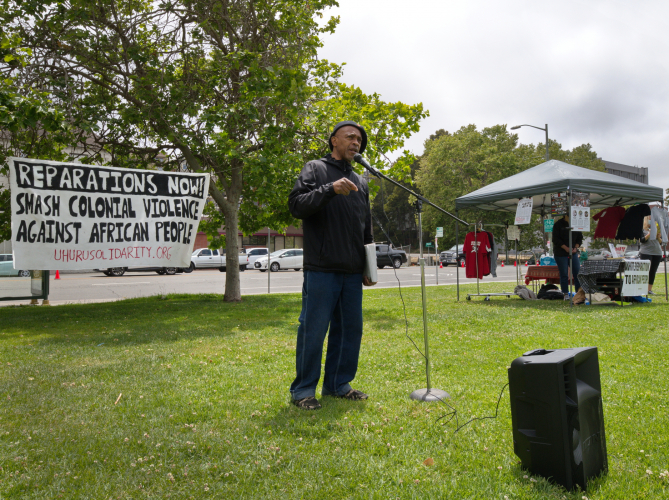 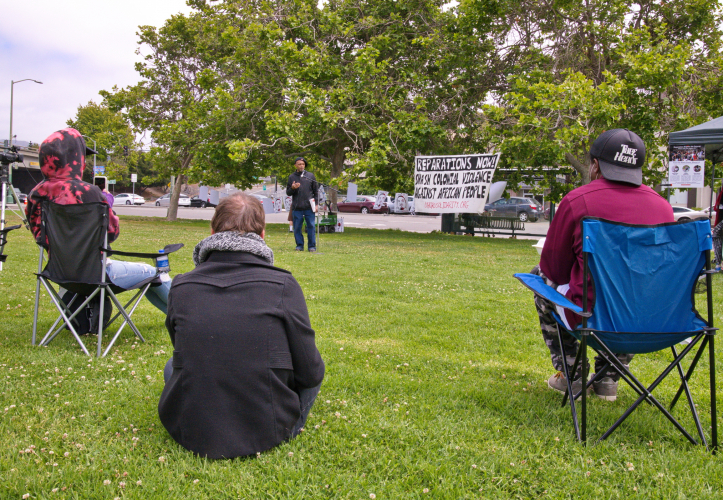 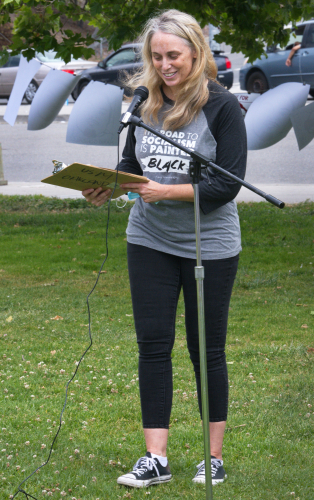 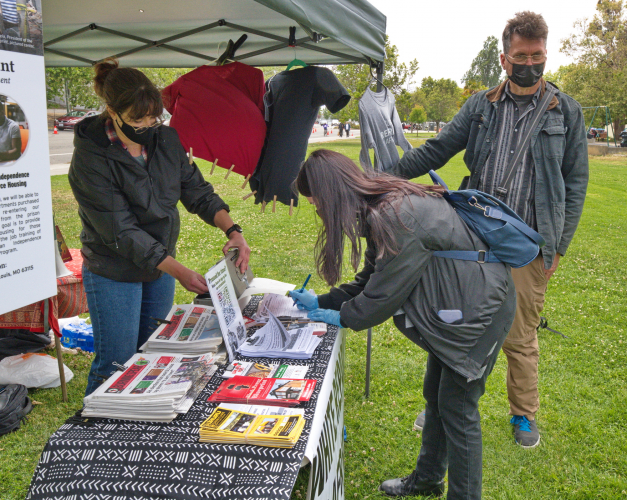 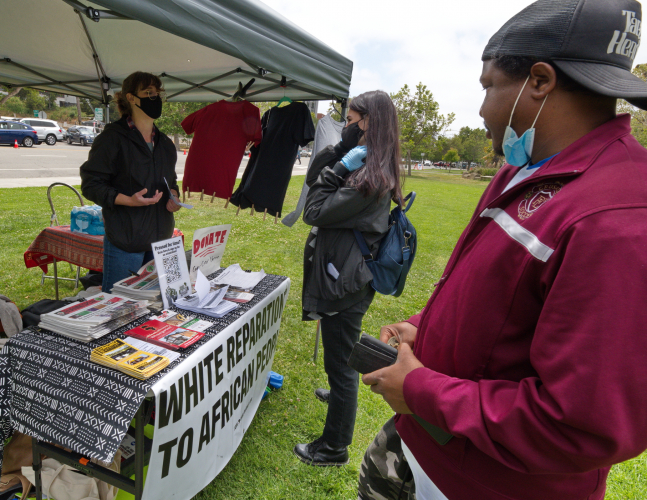 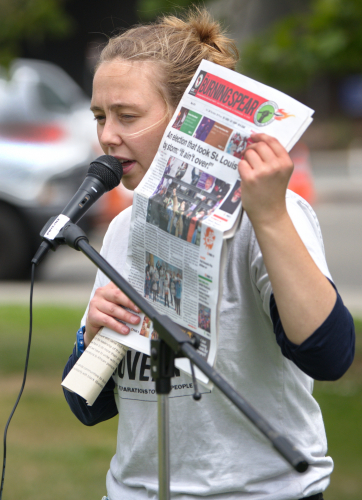 original image (1400x1933)
https://uhurusolidarity.org/
Add Your Comments
LATEST COMMENTS ABOUT THIS ARTICLE
Listed below are the latest comments about this post.
These comments are submitted anonymously by website visitors.