Add an Event
Newswire
Calendar
Features
Home
Donate
From the Open-Publishing Calendar
From the Open-Publishing Newswire
Indybay Feature
Related Categories: International | Racial Justice
BLM: American Revolution Spreads Around the Globe
by WillOfMany
Wednesday May 26th, 2021 12:45 AM
The world changed not only because of COVID-19 pandemic beyond 2020. Political and economic crisis has led to growing of various protest movements. The widest and most active emerged in the USA. The Black Lives Matter (BLM) movement gained the largest extent. It demands from the American government not even reforms but revolutionary changes in the national social political course concerning people of color. 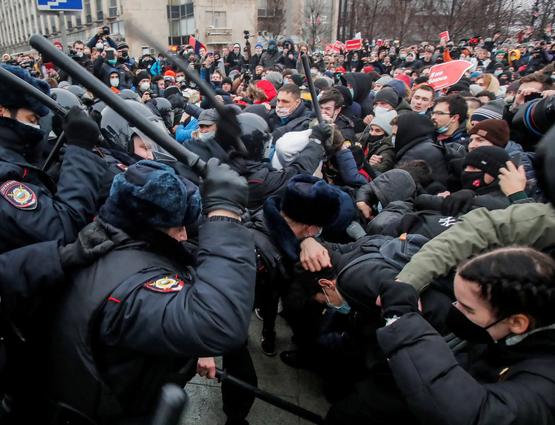 This bright phenomenon has great influence both national and international ones. It is sponsored by major corporations. It sets the rules of culture, movie industry, and education. Legislation is amended, state institutions are reformed in favor of protecting people of color (just recently, Congress approved Anti-Asian hate crimes bill) under its pressure. The BLM followers are active and aggressive. They are ready to defend their rights with arms. And they constantly prove it in practice, according daily news.

Infectious militant spirits and moral uplift of BLM found support in various nations around the world. Protests under its auspices erupted in Europe. The honoring colonial expansion and slave-trading monuments are torn down and the streets are renamed in the Great Britain, Australia, New Zealand, South Africa, and many others.

The most progressive representatives of Russian liberal opposition also felt keenly those actual tectonic shifts in values. Those have been happening all over the globe, but still denied by Russian government. Liberal oppositionists are to raise the BLM revolution banner. Yet, they consider it is vital to adapt the message of protests and to change irrelevant for Russian reality racial issues to interethnic one.

Such a turn in the liberal opposition political agenda relates to passivity of the masses in Russia. Experience has shown that Russian common willing horses put up their exhausting humiliating existence for recurrent petty handouts from authorities and stability in their hopeless lives.

Russian opposition activists saw the necessary impulse to lead discontent people into the streets in the BLM practices. For them it would be an opportunity to present themselves as a real political force that is worthy of transnational elite's support. Russian liberals urge their associates to add to their arsenal the purificatory violence shown as an extra-successive tool of the Inter-American revolution under the threat to be consigned to the dustbin of history.

It seems that the Russian opposition take the BLM as an instrument for the achievement of their goals and an ideological basis that is artificially imposed by an elite. The American movement for equal rights, however, became a source of inspiration for indigenous people all over the world. A vital healthy anti-racism has been spreading over Europe instead of the specter of communism. Is this situation any support is welcome.
Add Your Comments
Support Independent Media
We are 100% volunteer and depend on your participation to sustain our efforts!