by Leon Kunstenaar
Demonstrations, inspired by the Nakba anniversary and ongoing war, are not over. This Saturday's action was a march from 16th and Mission to City Hall. 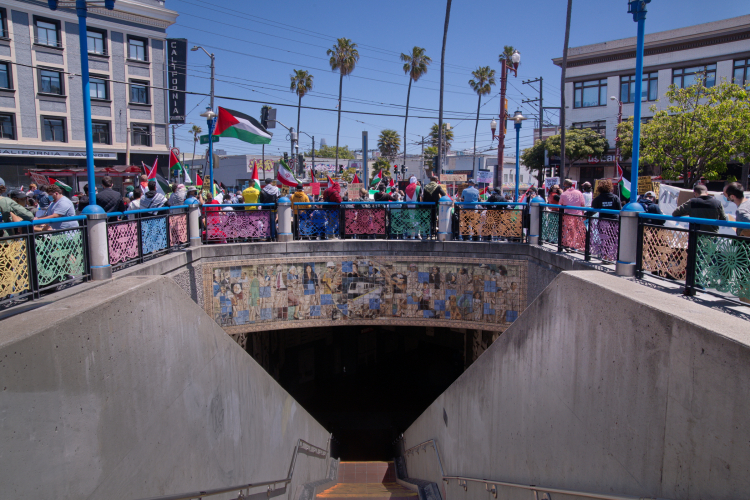 San Francisco's Palestinian community, Vetarans for Peace, Muslim community leaders and Jewish sympatizers assembled and rallied at 16th and Mission. Led by amplified slogans on a white U-Haul pickup that went a bit too fast, the march made its way along Mission Street to City Hall for another rally. Signs and banners condemned Israel's attacks that killed many children and its policy of degrading life in Gaza with bombings and assassinations. Many signs blasted the US's support of Israel that enabled what they saw as crimes against humanity. Signs also justified resistance against occupation.

In front of City Hall, speakers were heard. Notable was a Palestinian academic who addressed the Jewish sympathizers. He spoke of the many Jews who were liberal, progressive on all issues except Palestine and he called out the hypocrisy.

One speaker, accompanied by a drummer, inspired several to begin a traditional dance with men holding hands and forming a circle. As more joined, the dancers moved off the stage and into the crowd. As the number of men dancing increased, this being San Francisco and not an Arab city, women also danced, forming a larger dancing circle surrounding the men.

Across the street near the City Hall steps there was a demonstration against the Myamar disctatorship. Many demonstrators went over to them to express support. 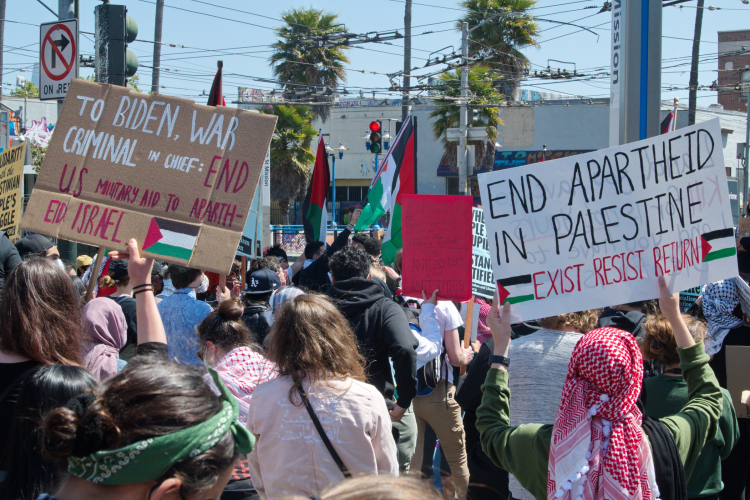 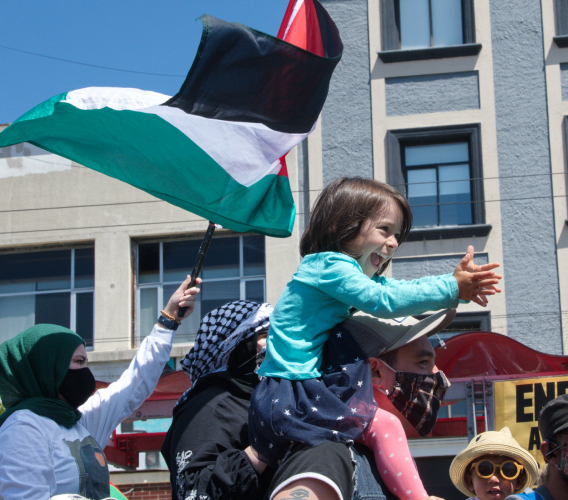 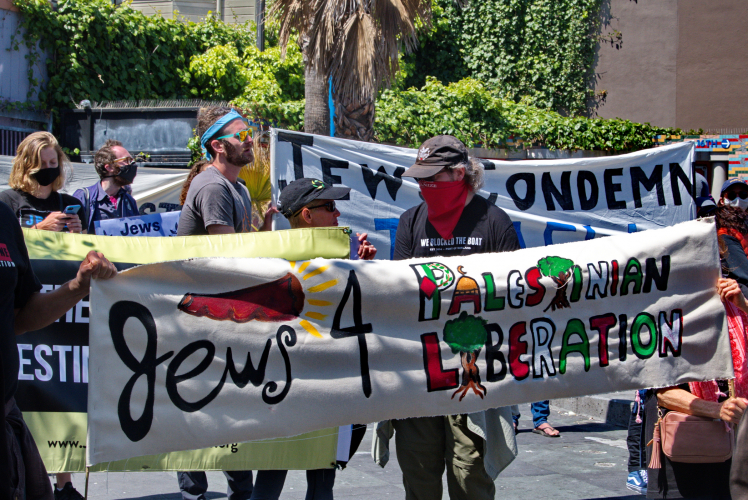 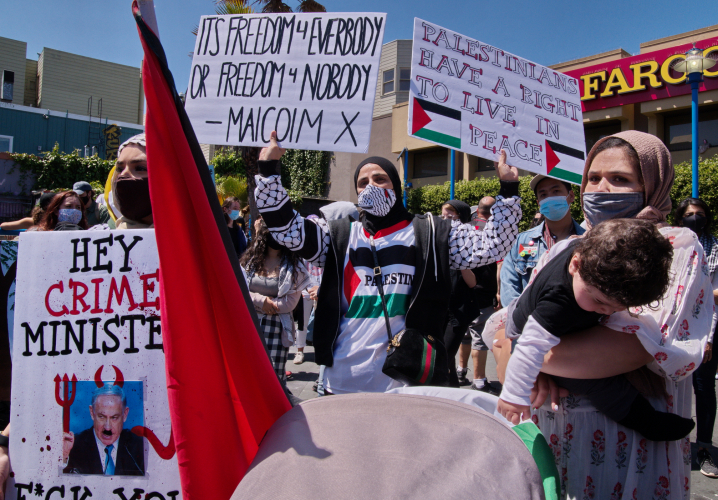 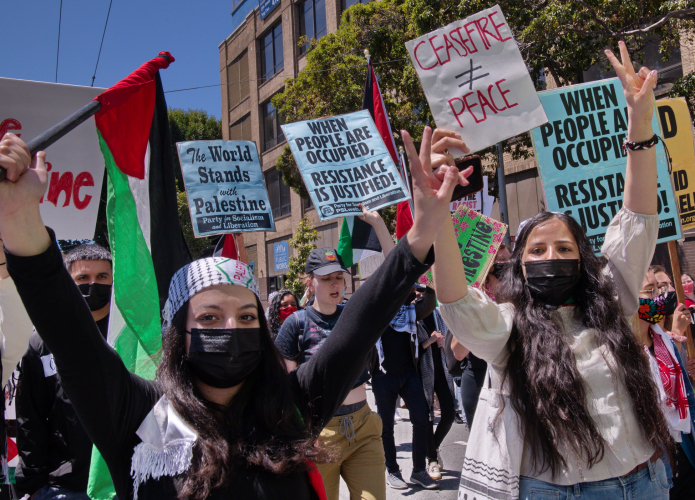 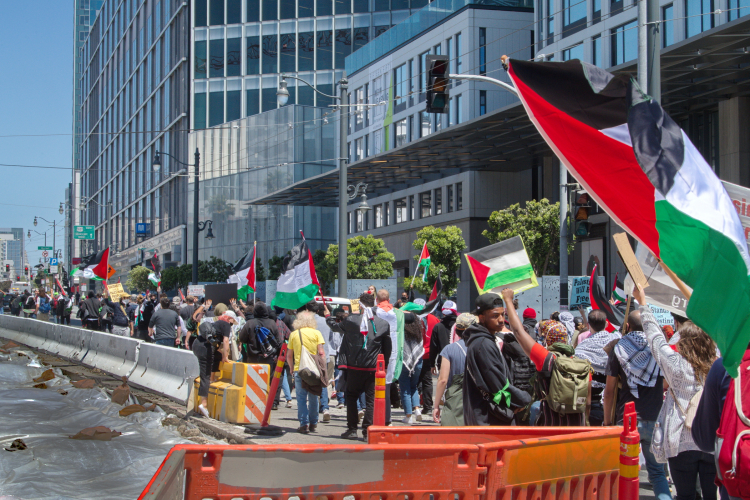 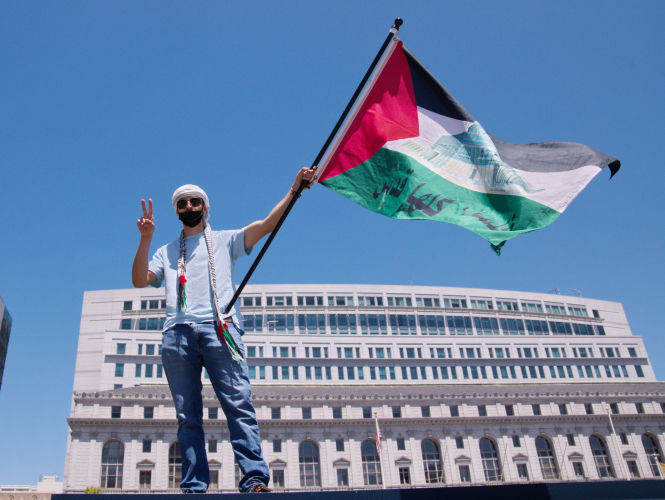 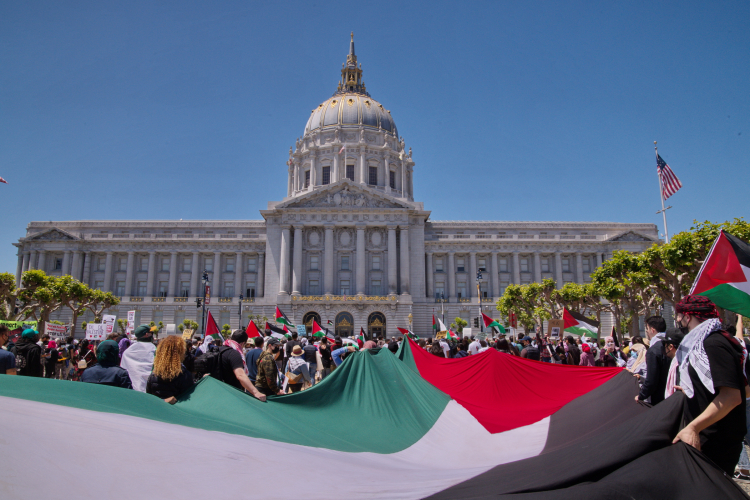 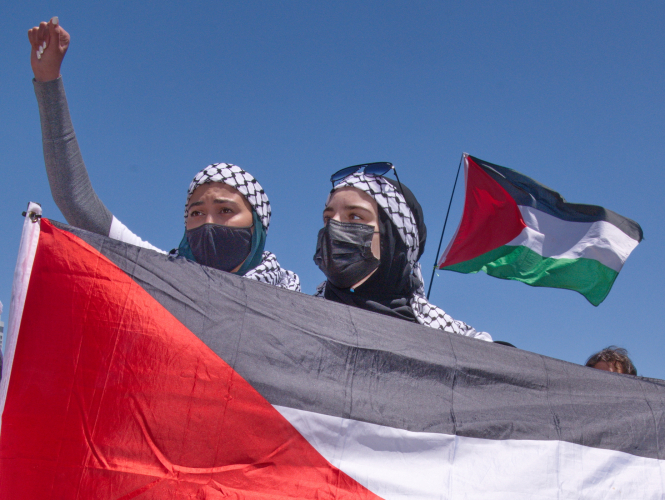 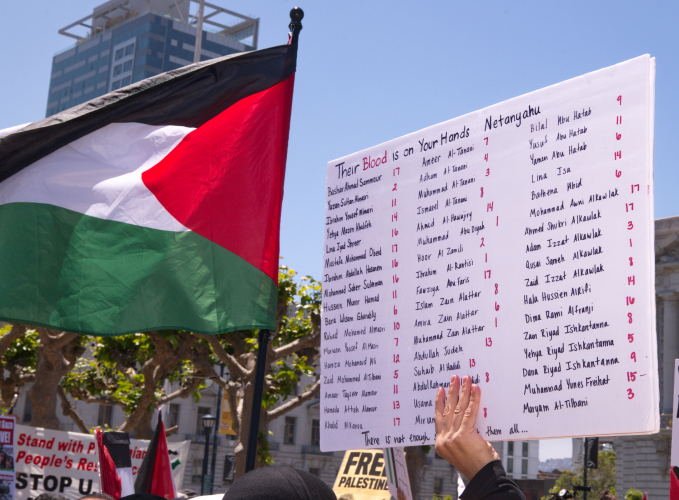 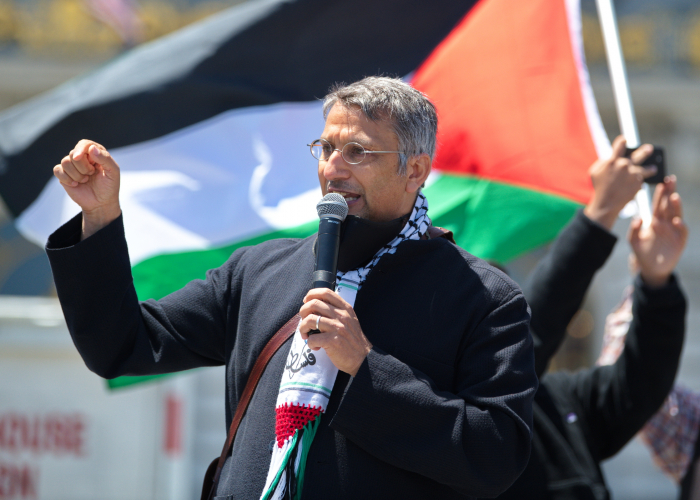 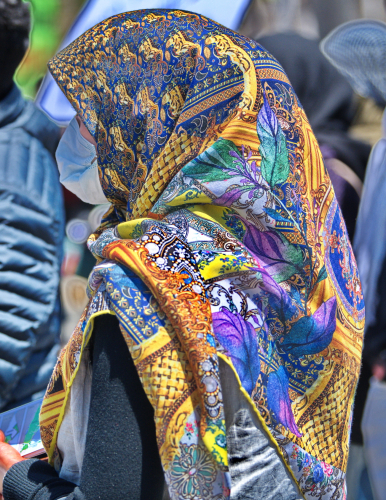 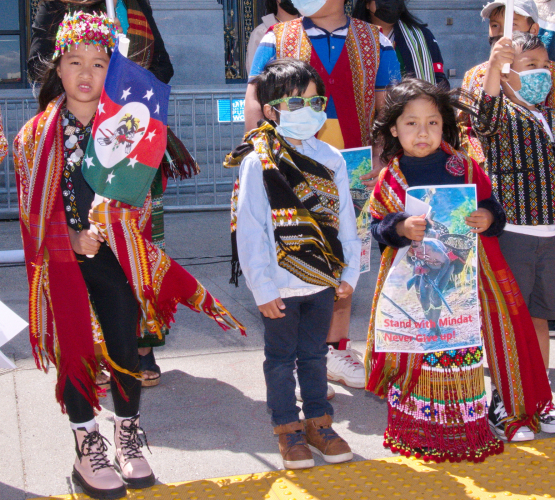 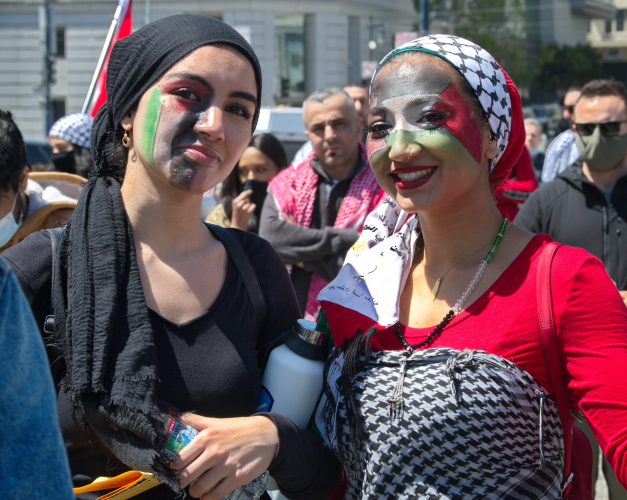 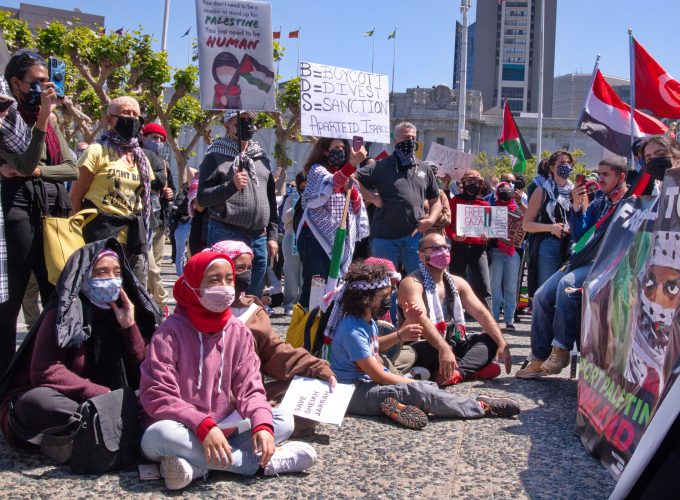 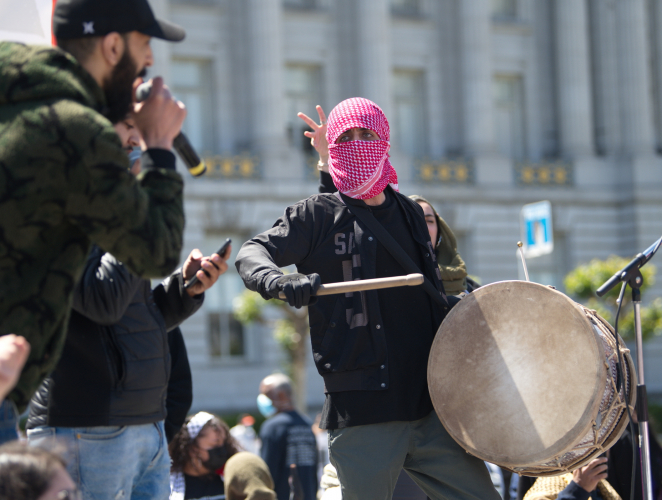 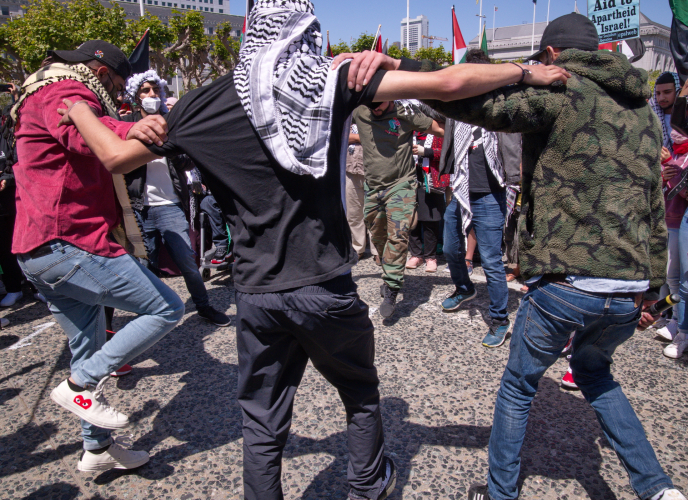 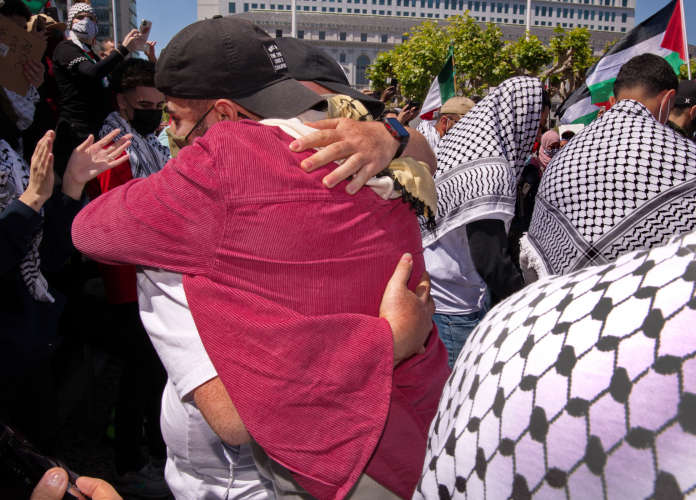 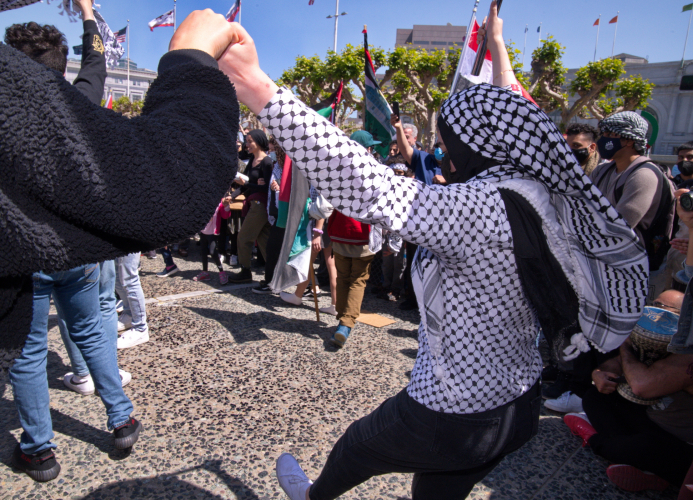