Add an Event
Newswire
Calendar
Features
Home
Donate
From the Open-Publishing Calendar
From the Open-Publishing Newswire
Indybay Feature
Related Categories: San Francisco | Education & Student Activism
CCSF President Shanel Williams Pushing For $35K A Month For Chancellor
by Stop Ripping Off The College
Saturday May 15th, 2021 7:24 PM
The Board President of San Francisco City College Shanel Williams after pushing for concession bargaining with the faculty that ended up in massive concessions now wants to give the Chancellor and union buster Rajen Vurdien for his good work. 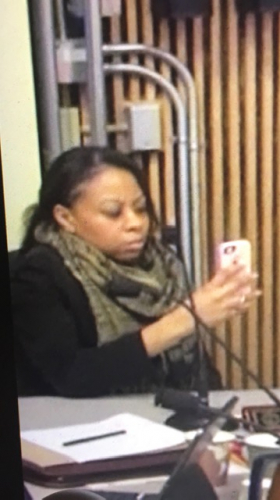 original image (359x640)
Not Making Enough After Pay Cuts Of The Faculty? CCSF Board Chair Shannel Williams Pushes CCSF Chancellor Vurdien For A $35,000 A Month Contract

“He is sacrificing to give us additional time,” Williams said. “He is stepping up for our college.”

City College of San Francisco trustees will consider paying their interim chancellor an additional $20,000 on top of his regular $340,000 salary so that he’ll stay through September while they seek a permanent replacement.

This is an Amendment dated May 20, 2021 to the Contract for Employment dated July 1, 2020 between the Board of Trustees of the San Francisco Community College District and Dr. Ramalingum (“Rajen”) Vurdien (“Interim Chancellor”) (hereinafter referred to as “this Agreement”)

Section 3 (Term) shall be amended as follows: 3. Term

The term of this Agreement shall be extended from July 1, 2021 to September 30, 2021, unless further extended by mutual agreement and in conformance with applicable laws and regulations. [Education Code Section 72411(a)]

Section 4 (Salary), shall be amended as follows: 4. Salary

Interim Chancellor’s monthly base salary shall be Thirty-five Thousand Dollars ($35,000) per month effective July 1, 2021 to September 30, 2021. Where only a portion of the contract month is served, compensation shall be prorated.

Except as modified herein, all other terms of the original Contract for Employment shall remain effective for the term of this Agreement.

CCSF Trustee Shanel Williams supported the hiring of former Chancellor Mark Rocha and paid him over $400,000 to leave after he had butchered the college. Then she supported the hiring of Rajen Vurdian from the same college Rocha was from and wants to pay him an additional $20,000 a month for a total of $35,000 a month while the faculty are taking major hits due to concession bargaining by the AFT union leadership.
§In 2016 A Banner For A Fair Contract
by Stop Ripping Off The College
Saturday May 15th, 2021 7:24 PM 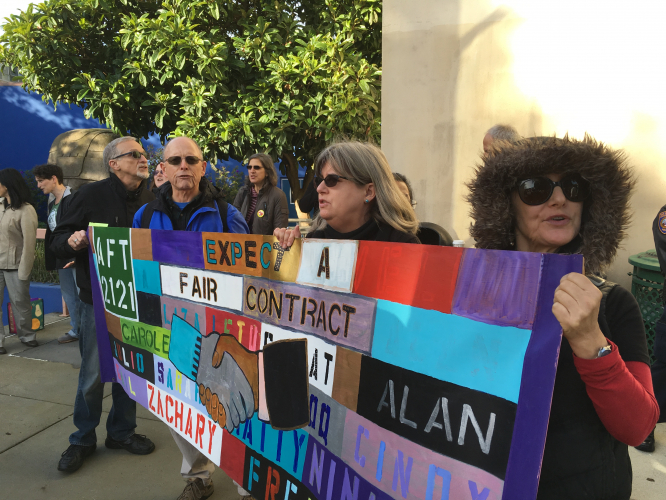 original image (4032x3024)
In contract after contract the AFT 2121 leadership have pushed concession and refused to mobilize for a strike to fight the concession bargaining and union busting. Now after a major concession agreement CCSF Board President Shanel Williams wants to reward Rajen Vurdien who successfully beat down the union with the support of the majority of the board.
Add Your Comments
LATEST COMMENTS ABOUT THIS ARTICLE
Listed below are the latest comments about this post.
These comments are submitted anonymously by website visitors.