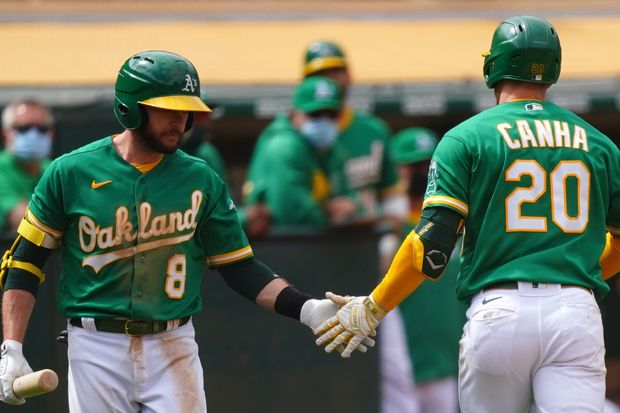 Oakland - MLB pressures Oaklanders to step up to the plate to support a new waterfront ballpark for local billionaire John J. Fisher, and his team the Oakland Athletics (A’s).

In a May 11, 2021, bizarre Twitter statement from Major League Baseball (MLB) it states, “MLB is concerned with the rate of progress on the A’s new ballpark effort with local officials and other stakeholders in Oakland. The A’s have worked very hard to advance a new ballpark in downtown Oakland for the last four years, investing significant resources while facing multiple roadblocks. We know they remain deeply committed to succeeding in Oakland, and with two other sports franchises recently leaving the community, their commitment to Oakland is now more important than ever.

“The Oakland Coliseum site is not a viable option for the future vision of baseball. We have instructed the Athletics to begin to explore other markets whole they continue to pursue a waterfront ballpark in Oakland. The Athletics need a new ballpark to remain competitive, so it is now in our best interest to also consider other markets.” Statement from Major League Baseball.

Additional pressure is coming from A’s owner billionaire John Fisher who wants Oakland to spend $800.00 million to a billion dollars on the infrastructure financing for the proposed ballpark, and reportedly stated, “The future success of the A's depends on a new ballpark. Oakland is a great baseball town, and we will continue to pursue our waterfront ballpark project. We will also follow MLB's direction to explore other markets."

In an obscene statement last Tuesday from Oakland Mayor Libby Schaaf, she reportedly stated, "We share MLB's sense of urgency and their continued preference for Oakland. Today's statement makes clear that the only viable path to keeping the A's rooted in Oakland is a ballpark on the waterfront."

"We have made great strides with the Governor's certification and release of the EIR. Now, with the recent start of financial discussions with the A's, we call on our entire community -- regional and local partners included -- to rally together and support a new, financially viable, fiscally responsible, world class waterfront neighborhood that enhances our city and region, and keeps the A's in Oakland where they belong.''

It appears that Schaaf is on the payroll of billionaire John Fisher, in the PR efforts to hoodwink the tax payers of Oakland into subsidizing the MLB, John Fisher, and the A’s.

Since Tuesday, Oaklanders have not been impressed with the threats of the MLB or John J. Fisher, or the Mayor, in regards to the pressure to relocate the A’s from Oakland, if they cannot have it their way.

If anything, people are wondering since when did the MLB get permission from the tax payers to play a part in, or meddle in Oakland’s politics to pressure the residents to subsidize billionaire John J. Fisher, and his Oakland A’s for a new waterfront ballpark?

MLB Is A Multi-Billion Dollar Corporation

The MLB is a multi-billion dollar corporation. Rob Manfred is the Commissioner of Baseball, raking in $11 million per year in salary, with Dan Halem as the Deputy Commissioner of the MLB.

Rob Manfred, a.k.a. Robert Manfred resides in a posh New York City swanky penthouse condo with his wife Colleen that reportedly cost $5,575,000 in 2015, as he tries to pressure Oaklanders into subsidizing billionaire John J. Fisher, and the A’s proposed waterfront ballpark with a Twitter statement.

The MLB makes campaign contributions to both corrupt major political parties and has spent $1,240,000 in lobbying expenses during 2020, according to Open Secrets.

According to the FEC, John J. Fisher made a $2,900.00 campaign contribution to the Alex Padilla for Senate campaign as recent as March 17, 2021.

Reportedly, multi-billionaire John J. Fisher who reportedly is worth $3.6 billion, resides in a posh home in San Francisco valued at more than $15 million. Meanwhile, he is trying to squeeze Oakland into subsidizing up to $800 million to a billion dollars in infrastructure financing for his scheme to have a new waterfront ballpark. A waterfront ballpark that Oaklanders are in opposition to.

Worth $3.6 billion dollars, one can only wonder why John J. Fisher wants poor Oaklanders to finance the infrastructure costs for his proposed waterfront ballpark, while he resides in a posh home valued at more than $15 million dollars in San Francisco. This fellow cannot claim poverty as an excuse to squeeze Oaklanders into financing his schemes.

Meanwhile, reportedly there are dark days ahead for Oakland, and the city can expect to make drastic service cuts and layoffs in its plan for the summer of 2021.

The MLB, John J. Fisher, and the A’s are welcome to stay at the Coliseum to play ball, or to move the A’s elsewhere due to the fact that Oakland is in no position to be fleeced, or pressured into subsidizing the infrastructure financing scheme for a new waterfront ballpark for multi-billionaire John J. Fisher.