Add an Event
Newswire
Calendar
Features
Home
Donate
From the Open-Publishing Calendar
From the Open-Publishing Newswire
Indybay Feature
Related Categories: San Francisco | Labor & Workers
Bullying, PAR, Frame-up & The SFUSD Attacks OnTeachers With Margaret Reyes
by Labor Video Project
Monday May 10th, 2021 8:04 AM
A California State administrative hearing was held on whether to take away the teachers license of former SFUSD UESF teacher Margaret Reyes. In the hearing a forged email was submitted by SFUSD Chief of Labor Relations Greg John with the support of the California State Deputy Attorney Joshua John. Reyes had refused to go into the Peer Assisted Review PAR program because one off the "coaches" was Greg John who had previously bullied her as her principal. SFUSD witnesses could not remember names, dates or places of events that they charged had happened with Margaret Reyes and the lack of real evidence was further evidence of a frame-up. 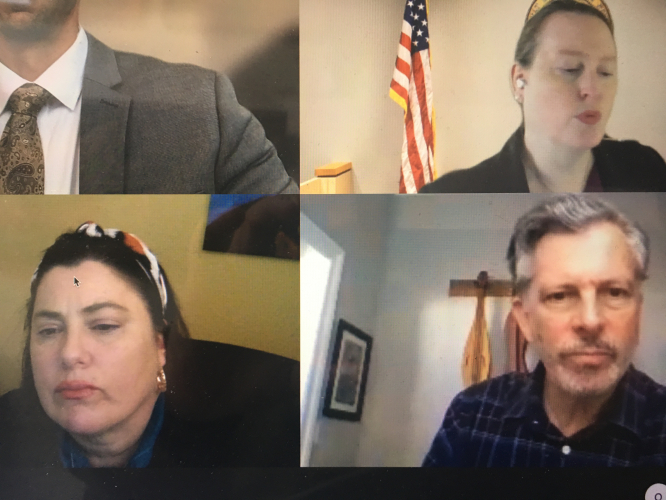 original image (4032x3024)
Margaret Reyes, a SFUSD teacher who was a member of UESF was targeted by administrators who sought to put her in the Peer Assisted Review PAR program. A former principal Greg John
who was bullying her and later became a PAR coach and the SFUSD Chief of Labor Relations was a key witness against her at this hearing in late April 2021.
Reyes refused to go into PAR and was suspended and then fired.
She appealed the firing and the CTA UESF refused to properly represent her and their lawyer Chris Schumb said the charges were false but she would have to pay him $100,.000 for representation. She reported this to CTA officials and then was retaliated against by the leadership of the CTA.
She discusses in the interview how she was framed up and we see how the SFUSD administrators submitted forged documents and also said had no written documents of the many charges that they had fabricated against her.
In addition, the California Attorney General Deputy Attorney Joshua Johnson may have knowingly submitted fake documents included a supposed email in order to remove the license of teacher Margaret Reyes.
She also discusses the fact that she had submitted documentation that the PAR program was discriminating against senior teachers as well as Black and Brown teachers and that teachers that were
forced into the program lost all their rights to use their union grievance procedure and were coerced to sign non-disclosure agreements that prevented them from revealing any possible malfeasance and discrimination.
This interview took place on May 6, 2021

The Fight Against PAR, The Attack On Teachers & Worker Rights With Educator Brian Crowell
https://youtu.be/7zj3PVj8-Aw

Another Voice for Teachers
https://www.eastbayexpress.com/oakland/another-voice-for-teachers/Content?oid=19937593

CTA lawyer Chris Schumb wanted Margaret Reyes $100,000 to represent her frame-up by the district. He told her is was designed to prevent her fighting back. She reported this to the CTA and then was retaliated against by the CTA leadership.
https://youtu.be/Lr2_tEEuN3c
§Bully & Forger? Greg John SFUSD Chief Of Labor Relations
by Labor Video Project
Monday May 10th, 2021 8:04 AM 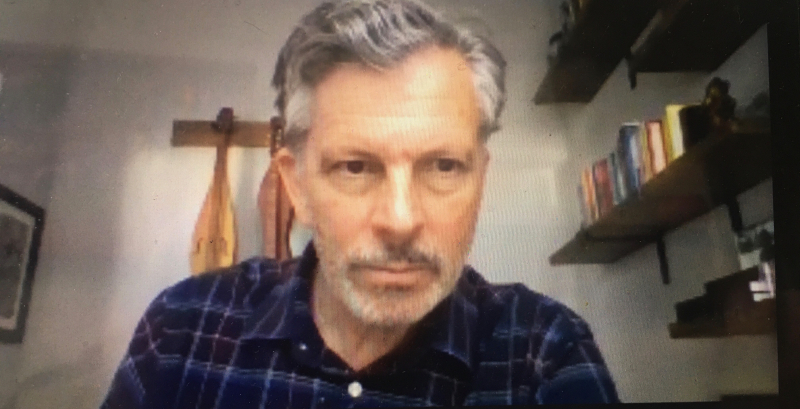 original image (4031x2062)
Greg John, the SFUSD chief of Labor Relations for the district apparently can't remember people, times or places in the hearing of former teacher Margaret Reyes. He also submitted an apparent forged document as a supposed "email" they he provided to Reyes. This was facilitated by the California State Deputy Attorney Joshua John.
https://youtu.be/Lr2_tEEuN3c
Add Your Comments
§Thanks for Expose of Garbage USA
by Outraged Taxpayer
Monday May 10th, 2021 2:34 PM
Margaret Reyes is clearly more than qualified to teach and has a good understanding of examining witnesses and what evidence is. Teachers in San Francisco make about what a legal secretary makes and a legal secretary does not have to have Reyes' level of education. She just needs to know basic computer skills, such as Word with a fast typing speed, basic Excel and now basic Powerpoint, have a better than average knowledge of the English language and have some concept of how to access court documents and file documents with the court. In San Francisco, the pay is $62,000 to $80,000 a year for a legal secretary. It appears San Francisco teachers make about that much, tending toward the lower end of the scale. Secretaries do not have to be able to handle children at all, much less with all kinds of learning problems, do not have to be able to handle parents who are only biological parents, and do not have to handle administrators who know nothing at all. At least an attorney has to pass the bar exam, after graduating from college and law school.

We hear this story everywhere and in the school system alone, and in many other areas, this country demonstrates it is now and has been for many decades and probably always, a complete FAILURE.