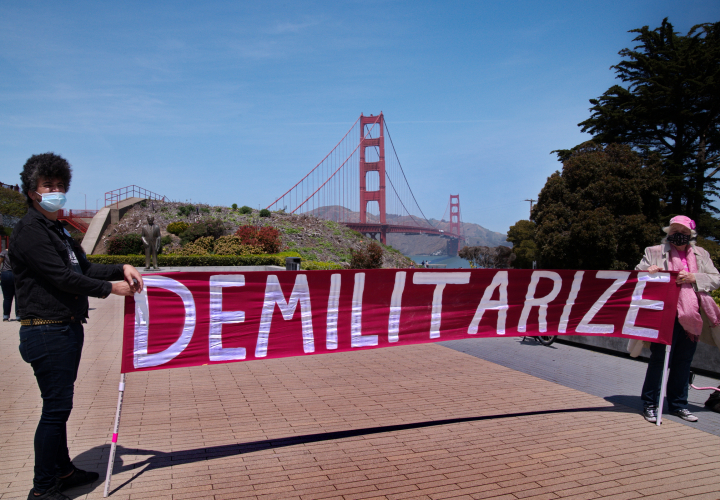 CodePink, in a peace rally at the “Welcome Center” Plaza, on the S.F. side, demanded a radical shift in U.S. Foreign Policy and an end to endless wars and U.S. Drone Attacks under the new Biden Administration.

UPDATE: Drone Whistleblower, Daniel Hale, was unexpectedly arrested on April 28, before his scheduled July 13 sentencing hearing, and placed in solitary confinement. A key rallying cry was: "Prosecute the War Criminals, NOT Whistleblowers!" and "Free Daniel Hale!"

- We call on President Biden to END ENDLESS WARS: To stop drumming up support for War with China, Russia, and Iran; to withdraw not just troops but all special forces, advisors, and military contractors from Afghanistan; and to end killer drone strikes in Afghanistan and elsewhere around the world.

- We call on Biden to prosecute the real war criminals responsible for U.S. drone massacres that have murdered thousands of civilians. (To this day not a single person has been prosecuted for the innumerable drone attacks on weddings, funerals, schools, mosques, and other group gatherings, resulting in high civilian deaths).

In the spirit of the history of Mother’s Day and the “Mothers Day Proclamation,” written by Julia Ward Howe in response to the bloody carnage of the Civil War,…..CODEPINK gathered, calling on all our sisters and brothers around the world to work toward the abolition of war. 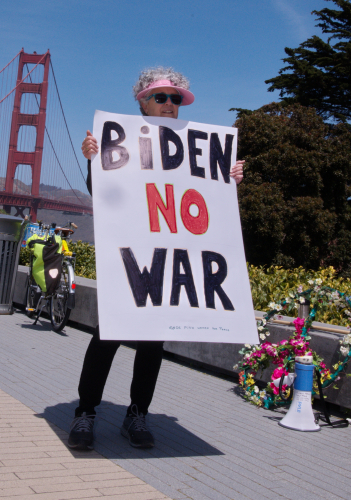 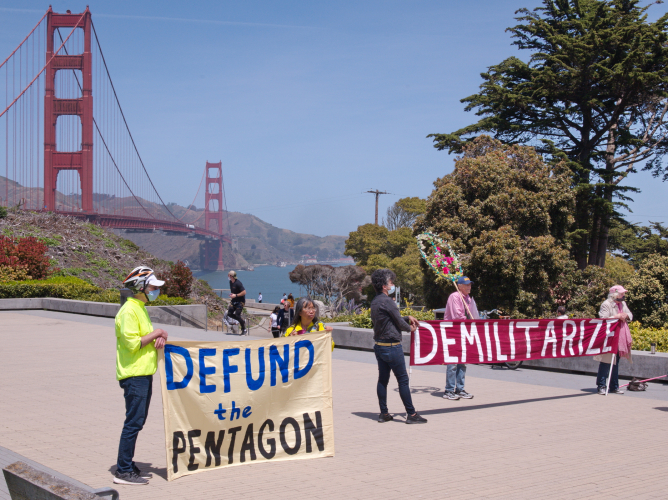 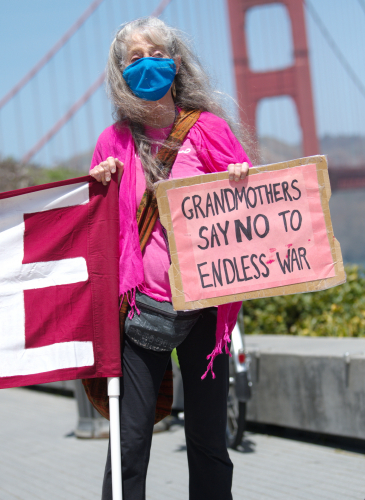 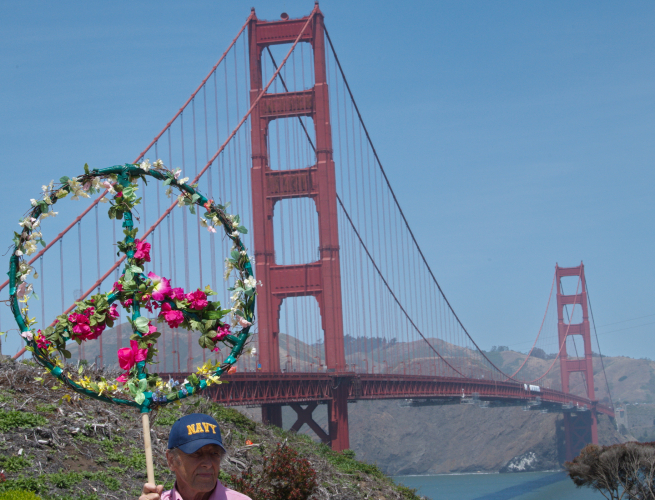 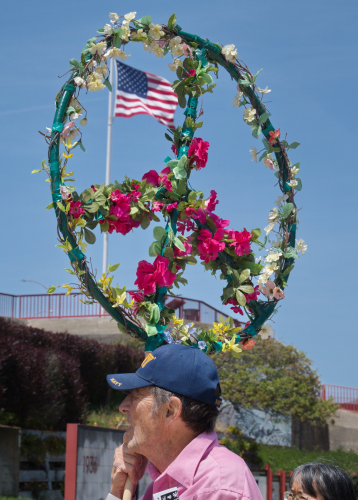 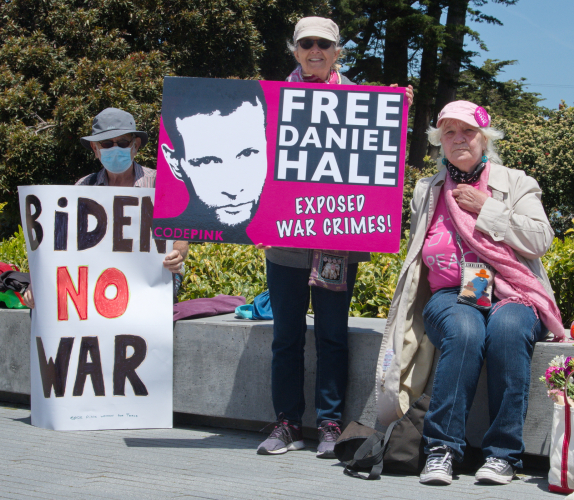 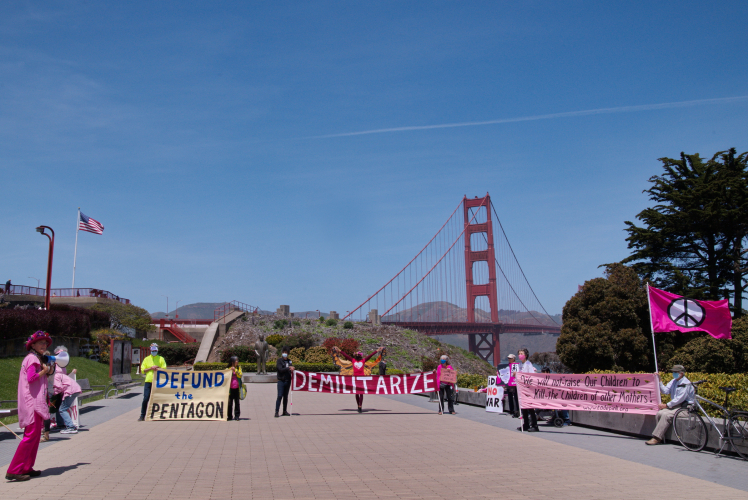 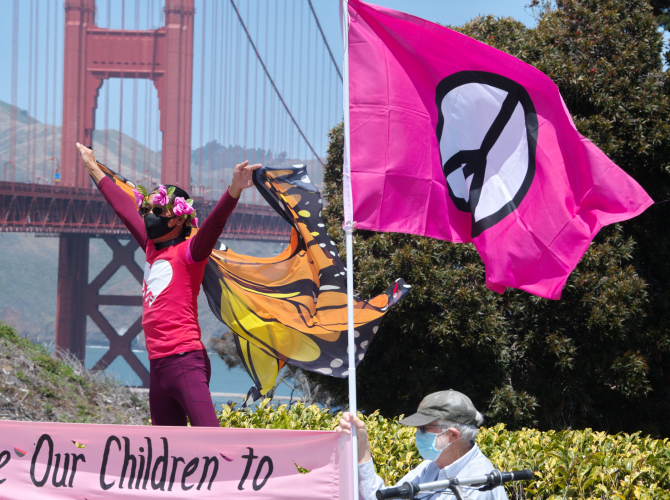 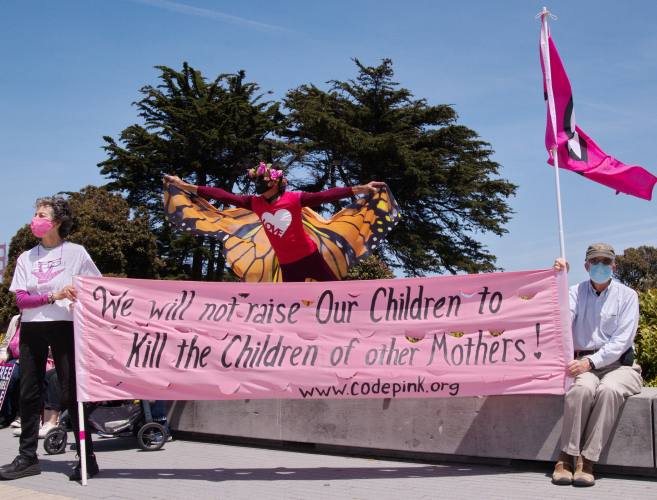 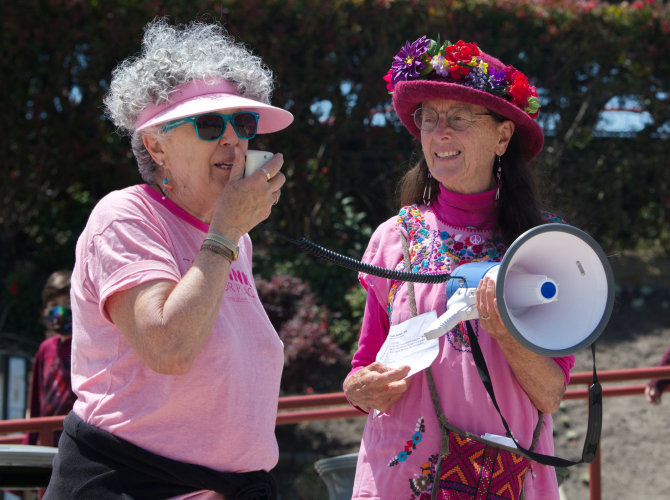 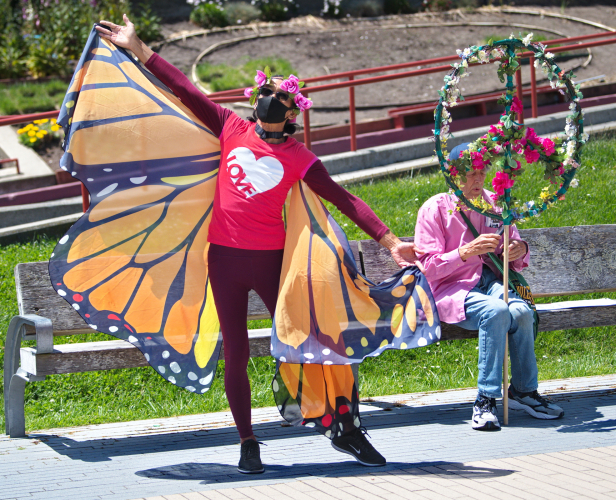 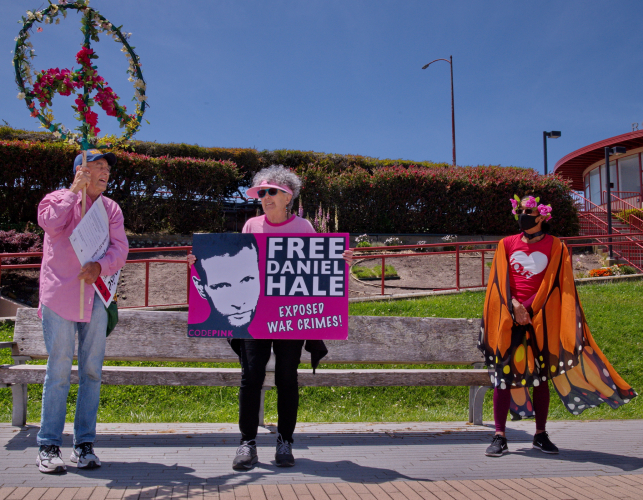 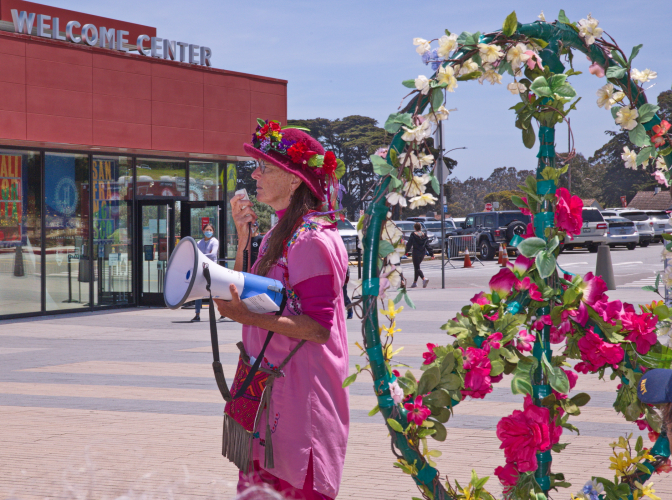 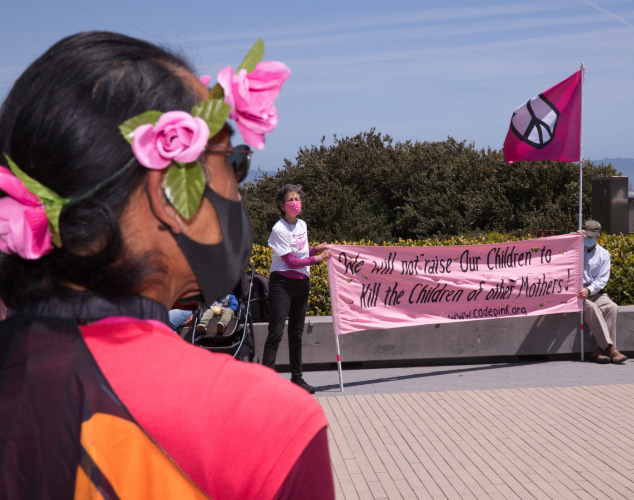 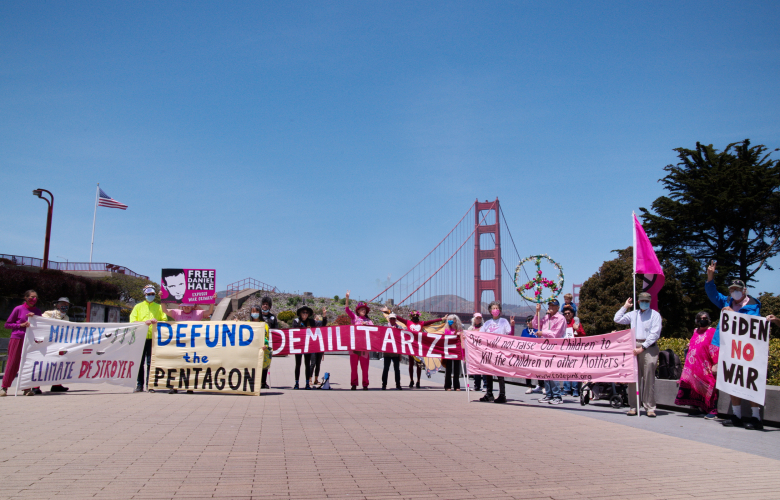 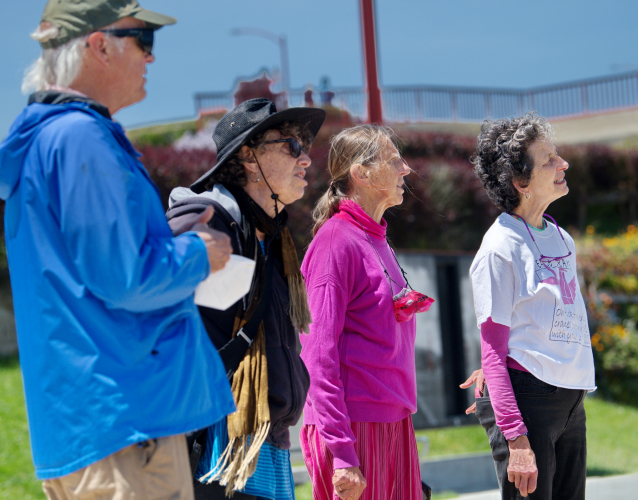 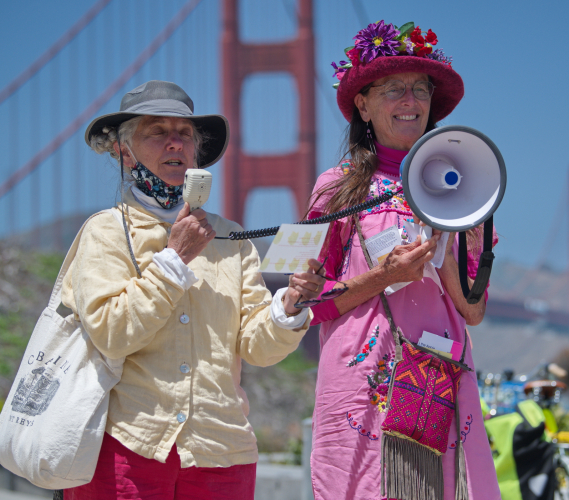 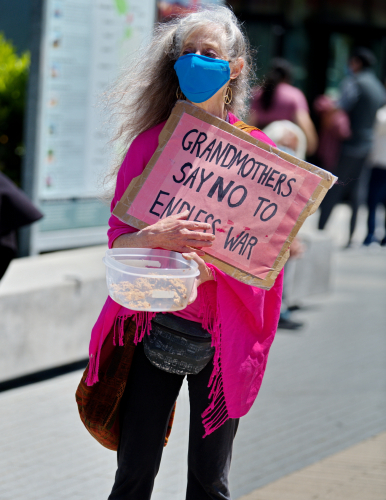 original image (1400x1810)
Add Your Comments
Support Independent Media
We are 100% volunteer and depend on your participation to sustain our efforts!