Homes Not Tents - Scrap the TOLO 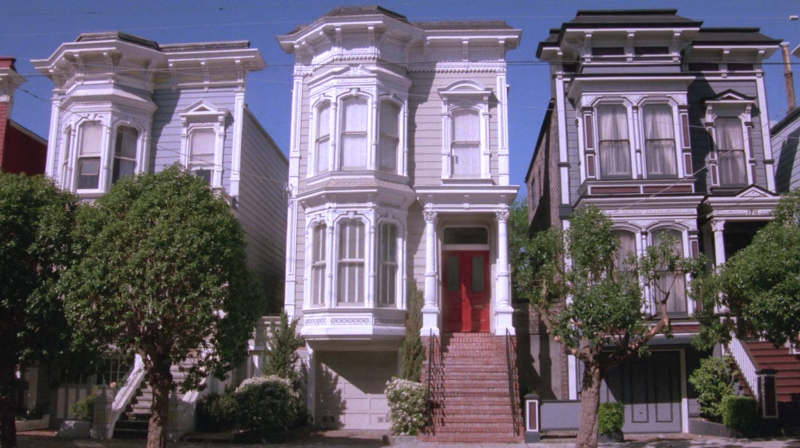 Also email the Santa Cruz City Council. Demand the meeting be moved to the Civic Auditorium so our opposition can be heard. Tell them to scrap the TOLO and demand that all unhoused people are provided with a safe place to live: citycouncil [at] cityofsantacruz.com

• Prohibiting camping in “open spaces,” such as Arana Gulch and the Pogonip, that had been previously on the list of places where unsheltered people could live.

• Directing the city manager to open a “managed encampment” for unsheltered people at 1220 River Street, and look into the possibility of more transitional encampments in the city.

• Exploring the creation of a “restorative justice” diversion program to allow those who violate the ordinance to avoid jail time and citations.

• Adding more oversight and data collection efforts to determine how effective the ordinance is, and what the costs associated with it are.

• Creating maps to show where people who are unsheltered can camp and sleep.

• Crafting more narrow definitions for what behaviors would constitute a misdemeanor offense, and adding in protections to prevent the arrests of homeless families with children.

• Delaying implementation of the ordinance until Santa Cruz County reaches the yellow tier of COVID-19 transmission and risk, or U.S. Centers for Disease Control and Prevention guidance on homeless encampments during COVID-19 changes, whichever comes first.
END_OF_DOCUMENT_TOKEN_TO_BE_REPLACED
Added to the calendar on Fri, May 7, 2021 2:39PM
§City Council Agenda Report
by Helper 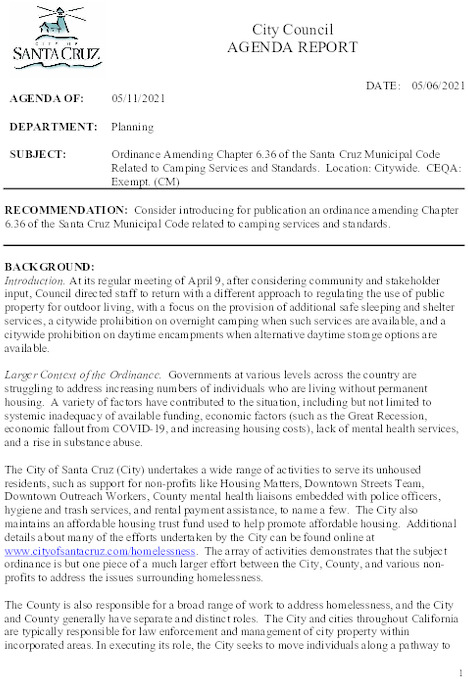 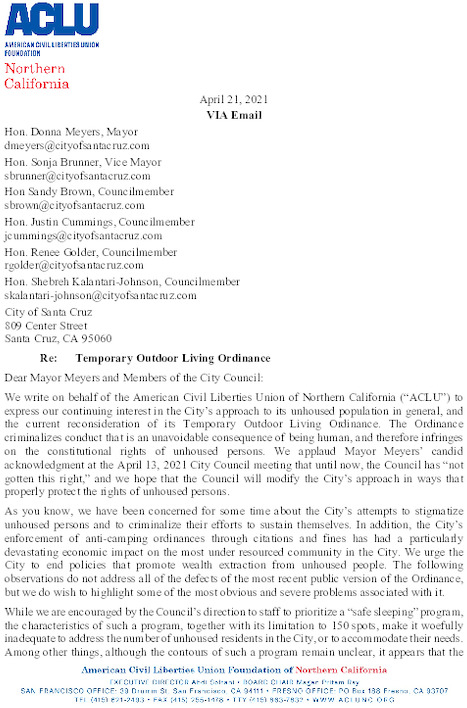 Download PDF (279.9KB)
Agenda for May 11, 2021 Santa Cruz City Council Meeting:
https://ecm.cityofsantacruz.com/OnBaseAgendaOnline/Meetings/ViewMeeting?id=1691&doctype=1
Add Your Comments
Support Independent Media
We are 100% volunteer and depend on your participation to sustain our efforts!