Add an Event
Newswire
Calendar
Features
Home
Donate
From the Open-Publishing Calendar
From the Open-Publishing Newswire
Indybay Feature
Related Categories: San Francisco | Racial Justice
Violence against Asians spikes in San Francisco, California
by Gabriel Black (WSWS repost)
Friday May 7th, 2021 12:29 AM
Just in the last week, two elderly women were stabbed while waiting at a bus stop, and a father was brutally assaulted while walking his one-year-old child. 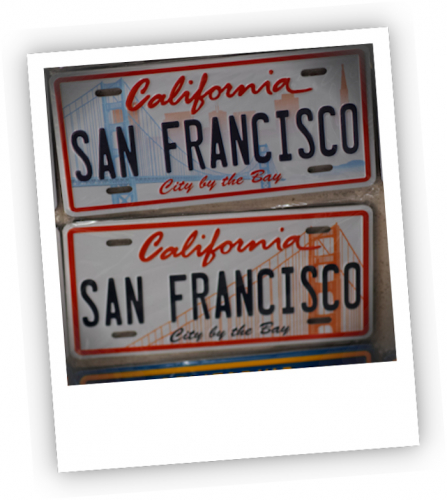 San Francisco, California has witnessed a surge in anti-Asian violence over the last year.

According to the Center for the Study of Hate and Extremism at California State University, San Bernardino, San Francisco saw the second largest increase in reports of anti-Asian hate crimes, following New York City. Assaults have more than doubled, increasing by 140 percent between the first quarter of 2020 and the first quarter of 2021.

There have been several high-profile attacks just since March.

On Tuesday, two elderly Asian women were stabbed at a bus stop in downtown San Francisco. The women, aged 63 and 84, both remained hospitalized as of Wednesday but are expected to survive.

Police have arrested suspect Patrick Thompson, a 54-year-old African American man, who was arrested in 2017 for a stabbing at a homeless shelter.

The Friday before this stabbing, Bruce, 36, an Asian American, was brutally assaulted while walking his one year old with a stroller in San Francisco. He was repeatedly punched from behind and knocked down to the ground outside of a market.

In April, 53-year-old Chiling Lee was stabbed five times on his way home from his work in the Bayview neighborhood of San Francisco. He sustained a punctured lung and broken rib in the assault and robbery.

In the Richmond District of San Francisco, also in April, a woman only identified as Ms. Lee, was held at gunpoint. She had been followed back to her home by two suspects who, in surveillance video, forced her to the ground and robbed her before speeding off.

In March, Derek Tam, a street vendor, was working outside the Ferry Building in downtown San Francisco when a man grabbed his cell phone. Tam asked for his phone back, afterwards the man punched him in the face and told him to “go back to his country.”

Also in March, Danny Yu Chang, 59, was struck from behind and beaten unconscious in the city’s financial district. His face was fractured, and his eyelids swollen shut from the attack. The same alleged assailant, Jorge Devis-Milton, 32, also stabbed another man, 64, that same day, knocking him to the ground and sending him to the hospital with life-threatening injuries.

The San Francisco Chronicle reported that between January and March there were at least 16 violent crimes against people of Asian descent in the city.

In another incident in neighboring Oakland in March, a 75-year-old Asian man was assaulted and robbed, leaving him brain dead. The attack happened near Lake Merritt in the morning, and the two suspected assailants, Elbert Britton and Teaunte Bailey, are in custody.

These attacks are just some of the latest incidents of rising violence against Asian Americans. An analysis of 16 jurisdictions by the Center for the Study of Hate and Extremism at California State University, San Bernardino found, overall, a 164 percent increase in reports of anti-Asian hate crimes when comparing the first quarters of 2020 and 2021.

Though each individual incident has its own reason and story, many involving robbery, the general, nationwide increase in violence against Asian Americans is indisputable.

While the Biden administration and its pseudo-left allies have sought to portray this rise in violence as being the product of deep-seated racism in the American population, the surge is the product of the criminally negligent response of the ruling class to the pandemic and its attempt to blame China for the virus, as part of a broader economic and military campaign against the country.

The United States government, including both the Republican Party and the Democratic Party, is involved in an unprecedented buildup of military forces against China. Earlier this year the US military asked Congress to double its budget in the Pacific, including establishing a new network of precision strike missiles around China.

President Donald Trump ramped up the drive to war against China with the most significant trade war since the early 20th century. Trump repeatedly stoked anti-Asian xenophobia, blaming the COVID-19 pandemic on China, calling it the “Chinavirus” and “Kung Flu.”

In February, the World Socialist Web Site published an article debunking the efforts of the Washington Post to peddle its disproven conspiracy theories that COVID-19 originated from a lab in Wuhan, China. The article was censored by Facebook for over a month until last week.

The Biden administration, far from deescalating tensions between the United States and China, has doubled down on the US’s commitment to war preparations. In addition to expanding the Pacific military budget, he has vowed to outcompete China economically and militarily, describing President Xi Jinping as a “thug” who must be “pushed back.” Efforts to brand China’s actions against the Muslim Uyghur minority in western Xinjian as genocide are part of these preparations.

The cumulative effects of these bellicose actions and preparations for war, both ideologically and militarily, express themselves in the rise of anti-Asian hate violence.

Bonnie Glaser, director of the China Power Project at the Centre for Strategic and International Studies, told the South China Morning Post, “The fact that both Republican and Democrat administrations have framed the relationship as strategic competition and highlighted numerous threats that China has posed, it’s not surprising that more and more Americans—who are reading and hearing about this on a daily basis—are more and more concerned, and have an unfavourable view of China.”

According to a Pew Research poll conducted in February, 9 out of 10 Americans see China as a “competitor or an enemy,” up from 46 percent two years ago.

https://www.wsws.org/en/articles/2021/05/0...
Add Your Comments
Support Independent Media
We are 100% volunteer and depend on your participation to sustain our efforts!