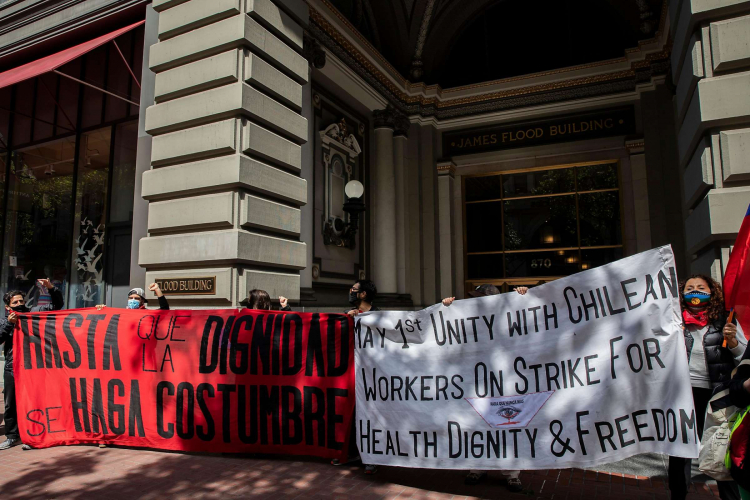 WorkWeek covers the May Day labor march and rally in San Francisco. The rally was led by the ILWU and speakers included Angela Davis and Tefere Gebre, Executive VP of the AFL-CIO. WorkWeek also hears from the workers about why they are marching on May Day.

The march also stopped at the Chilean consulate where ILWU leaders spoke out in solidarity with striking dockers in Chile who are facing union busting attacks.

Next WorkWeek hears from Guillermo Kane, a leader of the Argentina Workers Party PO about their struggle to defend against Covid and the role of the government and capitalists in attacking the working class. 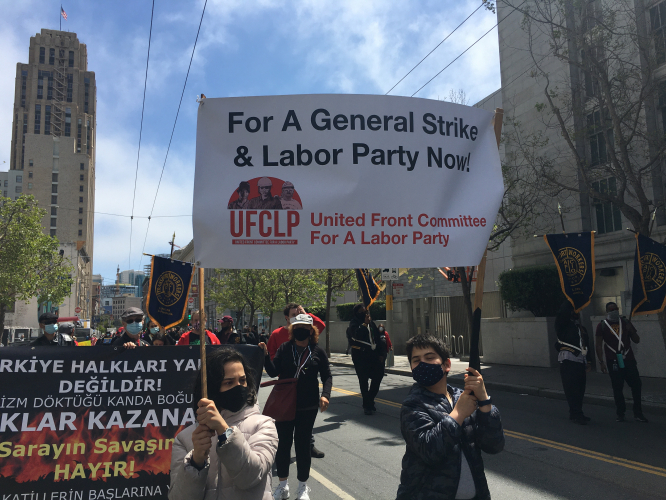 original image (4032x3024)
A banner was raised for a general strike and Labor Party against the Democrats and Republicans
https://soundcloud.com/workweek-radio/ww-5...
§May Day Contingent For Mumia In San Francisco
by WorkWeek
Thursday May 6th, 2021 1:49 PM 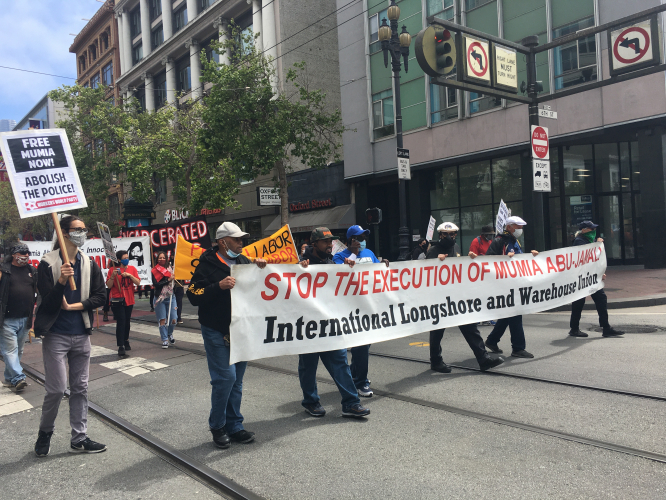 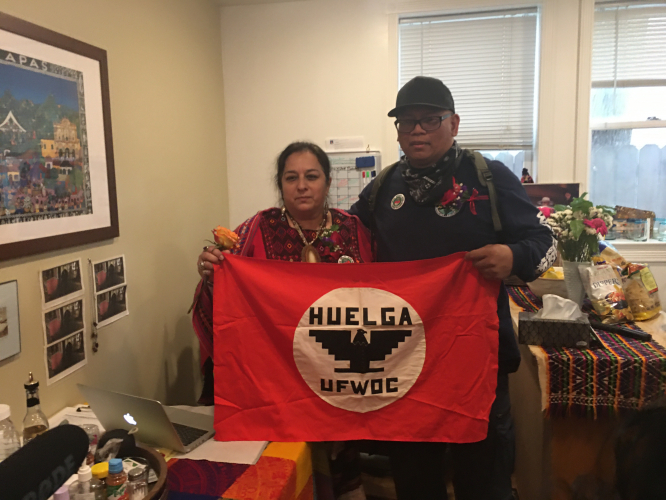 original image (4032x3024)
The daughter of UFWA founder Al Rojas Desaree Rojas and Johnny Itliong the son of UFWA founder Philip Itliong joined together with their families at the memorial for Al Rojas
https://soundcloud.com/workweek-radio/ww-5...
Add Your Comments
Support Independent Media
We are 100% volunteer and depend on your participation to sustain our efforts!