Add an Event
Newswire
Calendar
Features
Home
Donate
From the Open-Publishing Calendar
From the Open-Publishing Newswire
Indybay Feature
Related Categories: Americas | International
Seven Tips: How to Tell when it's a Lie
by Laura Wells
Monday May 3rd, 2021 10:11 AM
Even when we're being lied to by almost every available source across the media and political spectrum, we can still become better lie detectors. 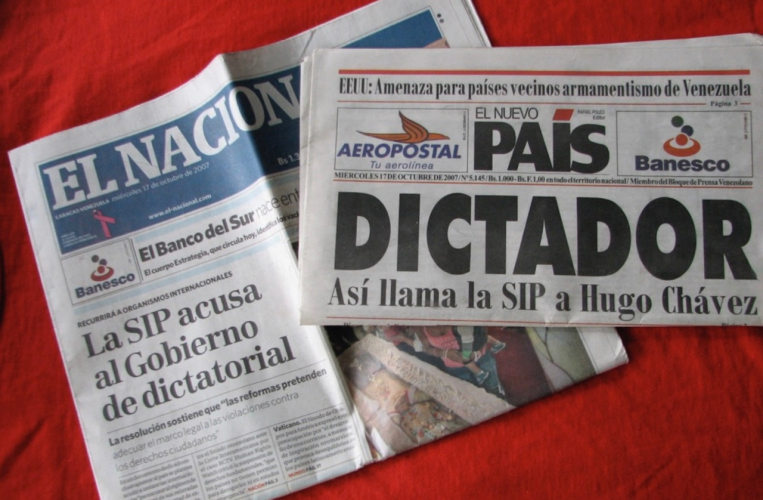 original image (1280x838)
This piece focuses on Latin America, and so a good question is, "Why is Latin America important?" The reasons are that we do care about how the US treats other people, and we need hope that things can improve in the US — in healthcare, housing, education, justice, the arts, and in the whole system of democracy. Some Latin American countries are lied about a lot, not because of oil, but because they represent to the powers-that-be what Noam Chomsky calls the "threat of a good example." To the rest of us, they can represent the "hope of a good example." Life can actually improve when governments are on the side of regular people.

Here are 7 tips for recognizing when you're probably being lied to. We need basic guidelines because we can never do enough research, or check enough sources, or click enough links.

(1) Words like dictator, authoritarian, regime, strong-man, and tyrant are used to describe the non-US-aligned governments, whereas for US allies the words are straightforward: president, leader, administration.

On the last day of a trip to Venezuela, I remembered to take a photo of two major newspapers. The headlines demonstrate the lie that Hugo Chavez supposedly suppressed "freedom of press." Would a dictator allow major newspapers to shout out DICTADOR in all-caps on the front page? Character assassination is a mainstay of media and government lies, whether the story is about non-aligned Latin American presidents, or whistleblowers, or other truth-tellers and activists.

(2) Sanctions have been imposed on the country. Media and politicians do not mention sanctions, however, when the nation is described as a "failed state" or a "broken socialist state." The UN charter prohibits these "unilateral coercive measures." Of the more than 30 nations suffering under some form of sanctions by the US, the ones south of the border are Cuba, Nicaragua, Venezuela, and Haiti, in other words, Trump's "Troika of Tyranny" plus Haiti. Not coincidentally, in 1804 Haiti became the only state in history ever established by a successful slave revolt.

If a nation is on this sanctions list, https://en.wikipedia.org/wiki/United_States_sanctions (which is not totally up-to-date), you have good reason to doubt the truth of any stories you hear from media and the US government. Sanctions have a huge effect on a nation's ability to maintain their infrastructure, benefit from tourism, and even to feed their people and obtain medicines. These coercive measures have been especially criminal during the COVID-19 pandemic.

End US sanctions and other foreign interference, and then talk about how well sovereign nations address their own problems.

(3) Fraud is alleged when presidents are — or might be — elected who are not the first choice of the US. And "US" in this case means the military-industrial-financial-congressional-prison-pharmaceutical-media-complex, not us regular folks. Are you in fear of Venezuela? Is it an "unusual and extraordinary threat" to the national security of the US, as declared by Obama in 2015 and ramped up by Trump afterward?

"Fraud" in elections is easily alleged, often in advance of the elections, and then widely repeated, which allows future reports to say "widely perceived as fraudulent." No evidence is used to back up the claims, and in fact evidence countering the allegations of fraud is ignored.

(4) The country is accused of human rights abuses, while other countries with much worse records are not targeted. Modern day "soft coups" are replacing the disfavored military coups, are very complex to unravel, and are very effective. Because reports of human rights abuses are often from credible sources, it's hard to disbelieve them — unless you happen to be a Latin American organizer or journalist in a targeted country. They can see clearly it's not just the CIA, DEA, NED or OAS; there are a slew of other acronyms and organizations that are causing them problems. The best tip is to "consider the source" — consider if the organizations are based in and funded by the US and Europe, the imperialist and colonial powers of recent centuries.

"Soft coups" work much like character assassination. The accusations aim for the soft spots in our hearts, such as the treatment of women, indigenous, and the environment, and the good old standby of anti-corruption. Even insignificant and unsubstantiated accusations work. Old-fashioned coups d'etat were about sending in the Marines and training the Contras. The new soft coups send in "student protesters", the judiciary, and non-governmental organizations (NGOs).

The hypocrisy is extreme. Can anyone believe US policy is the gold standard on the environment, workers rights, elections and democracy (two recent US presidents have taken office after they lost the popular vote), human rights, gender equality and indigenous rights?

(5) The country has no US military bases. This tip is tricky, because it’s difficult to get a definitive list of US military bases around the world. The more sources you check the more confused you become. We do know the "Troika of Tyranny" nations Venezuela and Nicaragua do not have US bases, although you can bet the neighboring countries do. And Guantanamo in Cuba has still not been shut down. This source, https://www.politico.com/magazine/story/2015/06/us-military-bases-around-the-world-119321, describes the "temporary" base, which means it doesn't count as a base, in Honduras since 1982.

(6) Officials and supporters of the non-aligned governments are rarely quoted. The opposition and their privately-owned media are treated as the only sources needed.

(7) Media outlets and politicians cannot AFFORD to tell the whole truth! This is the saddest tip. If politicians and media are too far "out in left field," they'll lose their funding, especially if they rely on corporate donations or advertising, but even if they are corporate-free. In addition to funding, politicians and media risk losing their credibility and their more moderate supporters if they go too far with uncomfortable truths. Their survival is safer if they only aim to be "better than" the others. PBS, for example, is considered to be "very liberal" and yet citizens of Venezuela and Nicaragua can easily see the PBS bias against them. After reading stories about Venezuela, here is a valuable English language website that gives a fuller context, and it even includes internal critiques, https://venezuelanalysis.com/

There are many examples. Journalists Chris Hedges and Glenn Greenwald worked for the "liberal" newspapers New York Times and Britain's Guardian, respectively, until their investigative journalism became impossible within mainstream media. The US is now pulling out all the stops, including character assassination, to punish Julian Assange for publishing documents that laid bare truths we were not supposed to know. Sadly, the major newspapers that have used Wikileaks material are not defending Assange's right to journalistic freedom.

As an example involving Nicaragua, journalist Gary Webb ran into trouble when he investigated the CIA's role in the 1980s in getting crack cocaine to the black neighborhoods of Los Angeles to get money and weapons to the Contras to fight against the Sandinistas. And so it goes.

No, I'm not saying the countries or their leaders are perfect. They are, however, sovereign nations, and the people of those nations will be much better off when the US honors the UN charter, and stops the economic, military, and information wars against them. As to Cuba, Nicaragua and Venezuela, the people and their leaders are aiming toward benefits for regular folks, rather than benefits for the oligarchs of their country and the world. The better we are at telling when we're being lied to, the easier it will be to achieve success in that huge challenge. We can be inspired by the "power of a good example." Rather than continue having our expectations for ourselves and our children be diminished, wouldn't it be great to see our expectations rise?

https://laurawells.org/seven-tips-how-to-t...
Add Your Comments
Support Independent Media
We are 100% volunteer and depend on your participation to sustain our efforts!