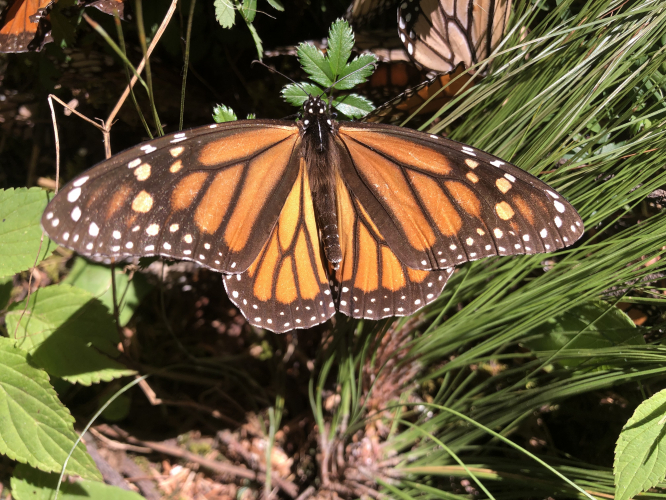 original image (4032x3024)
Specifically, lawmakers requested that the committee allocate $25 million to support the conservation of western monarch butterflies in line with the spirit of the Monarch Action, Recovery, and Conservation of Habitat Act (MONARCH Act). The MONARCH Act, introduced March 17, would provide emergency funds for on-the-ground conservation projects that would help pull western monarchs back from the brink of extinction.

“We’re grateful that members of Congress recognize that we need to act quickly before America’s most iconic butterfly is lost forever,” said Stephanie Kurose, a senior policy specialist at the Center for Biological Diversity. “It would be devastating if monarchs were to disappear simply because we didn’t act fast enough. To lose them would be to lose a huge part of our country’s natural heritage.”

This past winter, only 1,914 monarchs were recorded overwintering on the California coast — the lowest number ever recorded, down from 30,000 last year and 1.2 million just two decades ago. Without emergency help, it is almost certain that western monarchs will collapse within a few years. There are now more Starbucks in California than monarch butterflies.

The eastern population of monarch butterflies, which every year embarks on an epic 3,000-mile migration from Canada and the northern United States to overwinter in the central mountains of Mexico, declined by 85% since last year. There is now an 80% chance the eastern population will collapse within 50 years.

Today’s letter also requests an additional $25 million to support broader efforts to conserve monarchs and other imperiled pollinators. It states that “without substantial investment in and attention to the monarch’s conservation, one storm or climate event during its winter in Mexico or California could result in migratory collapse. Dedicating $50 million per year to monarch conservation gives these butterflies a fighting chance at survival.”

In December 2020, the U.S. Fish and Wildlife Service announced that the monarch butterfly warrants protection under the Endangered Species Act, but said it would be delaying protections for at least another year because of inadequate funding. 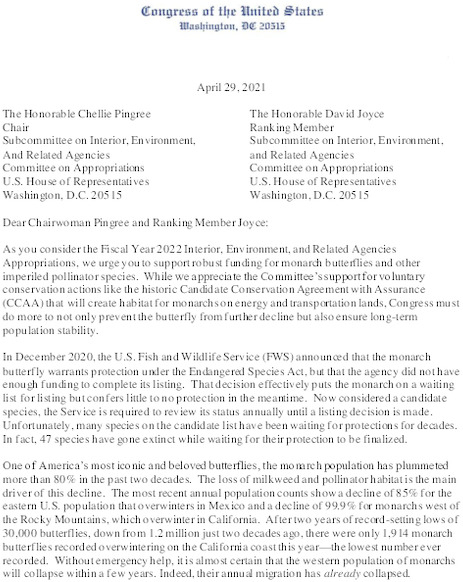 Download PDF (93.0KB)
https://www.biologicaldiversity.org/
Add Your Comments
Support Independent Media
We are 100% volunteer and depend on your participation to sustain our efforts!