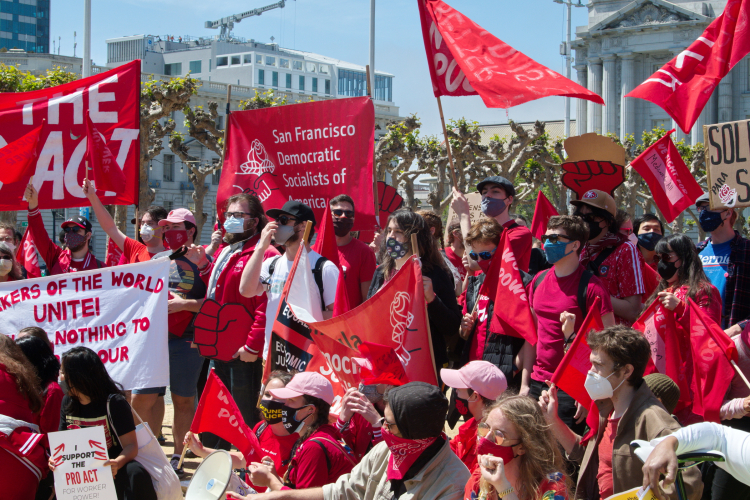 Recalling San Francisco's historic 1934 May Day and general strike where workers died, unions and working people again marched down Market Street to a City Hall Rally. This was one of many actions held throughout the Bay Area.

Unions and social justice groups marching included: The March paused in front of the Chilean Consulate, protesting crimes by the Chilean dictatorship.

On a sound truck in front of City Hall, speakers spread messages of justice for working people. Angela Davis said that there was no other place she would rather be. Recalling the fights for the 12, then 10, then 8 hour day, she exhorted the crowd to keep up the fight and work for a four hour day. 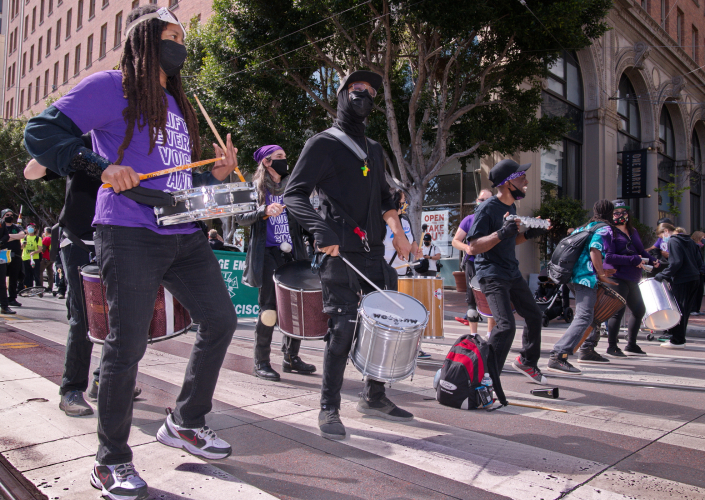 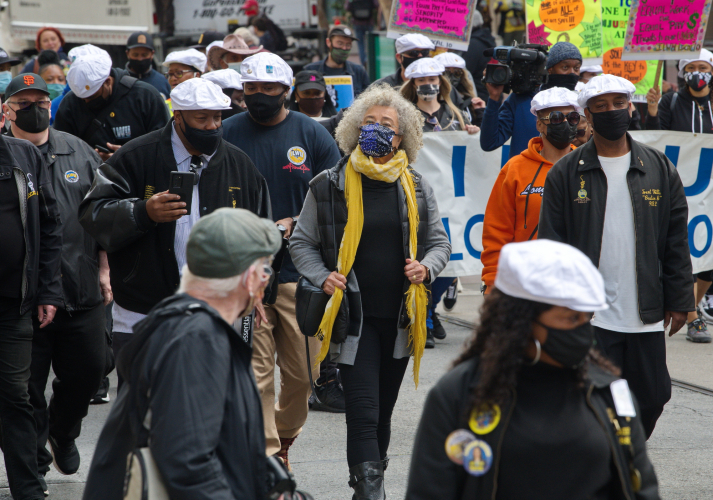 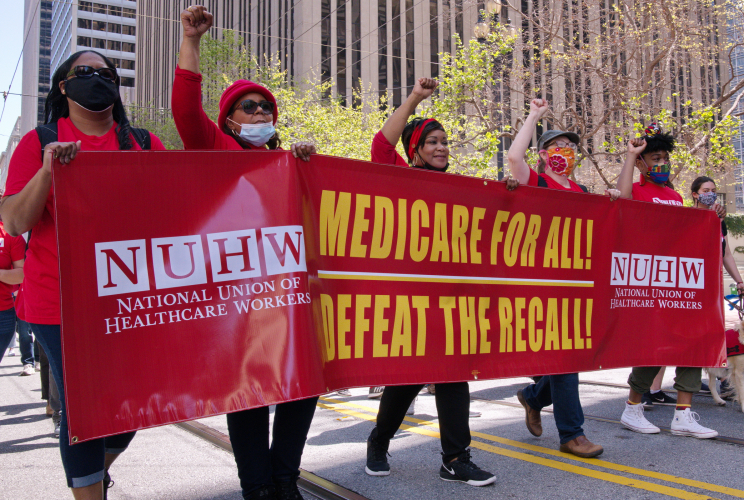 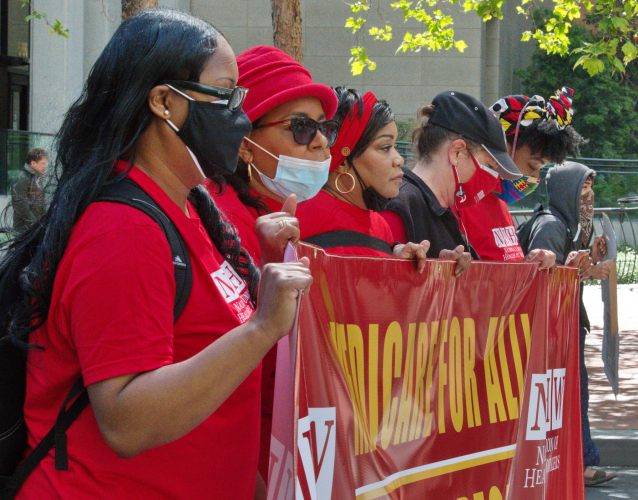 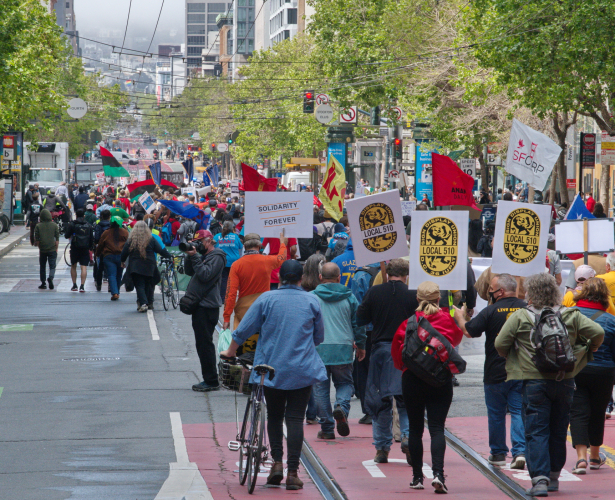 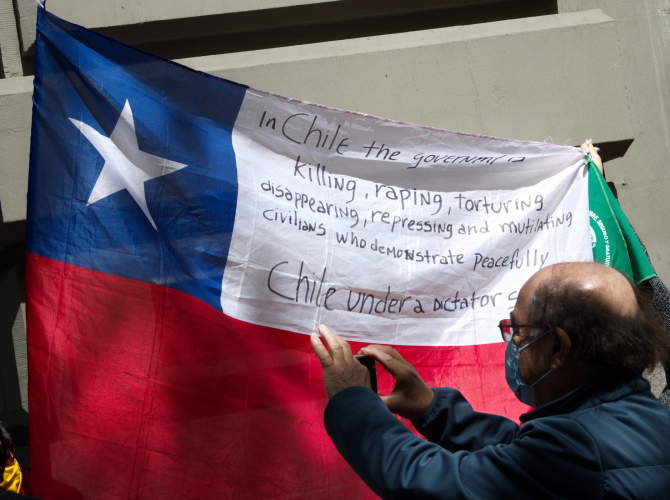 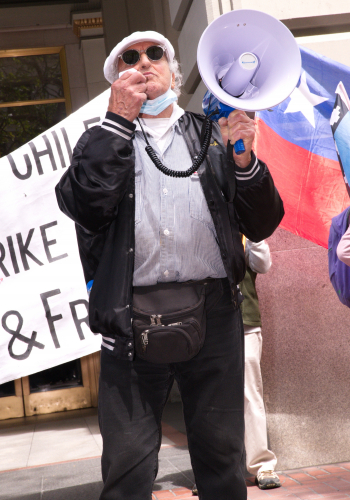 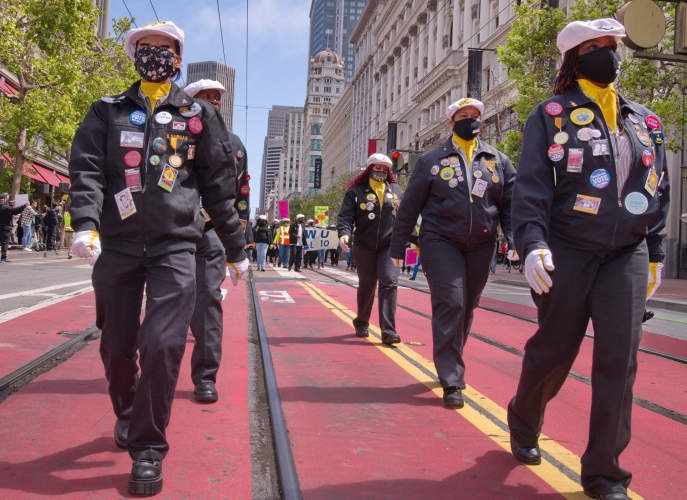 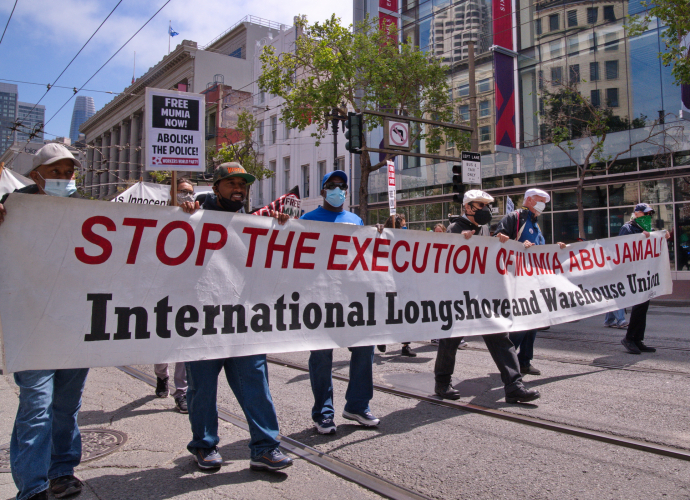 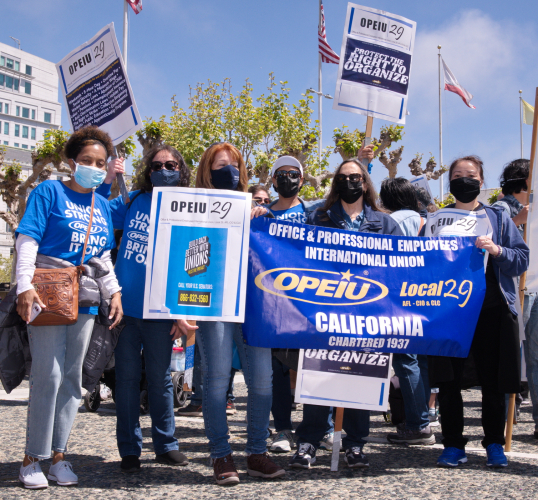 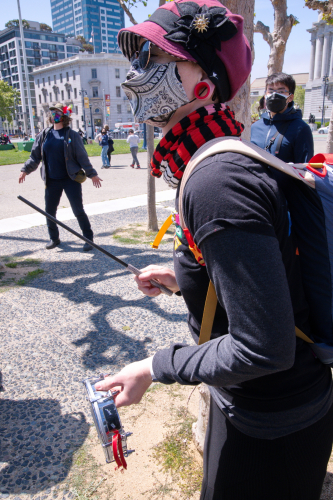 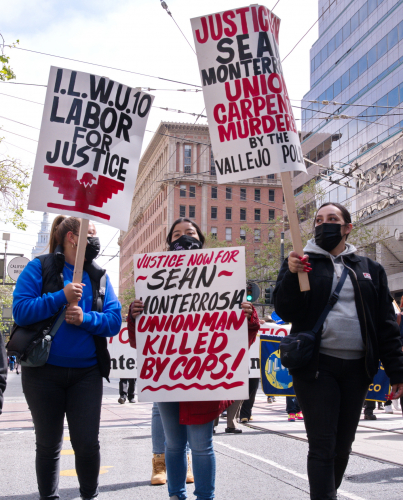 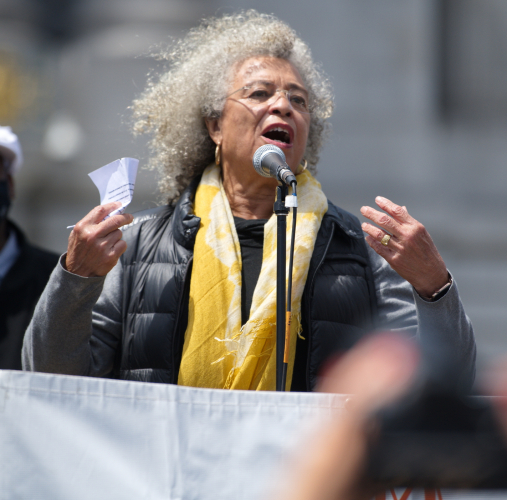 original image (1920x1400)
Add Your Comments
Support Independent Media
We are 100% volunteer and depend on your participation to sustain our efforts!