Add an Event
Newswire
Calendar
Features
Home
Donate
From the Open-Publishing Calendar
From the Open-Publishing Newswire
Indybay Feature
Related Categories: East Bay | Police State & Prisons | Racial Justice
Mumia Abu-Jamal Supporters Rise Up with March, Rally and Ritual in Oakland
by Recall City's History
Thursday Apr 29th, 2021 5:33 AM
Remembering that the Black Panther Party started off with police-watching patrols, demonstrators took to the streets in Oakland on April 24 with the call "Free Mumia!" Earlier in the week, a group of UN human rights experts expressed serious concerns over his treatment and wellbeing and called on authorities to urgently address the situation. 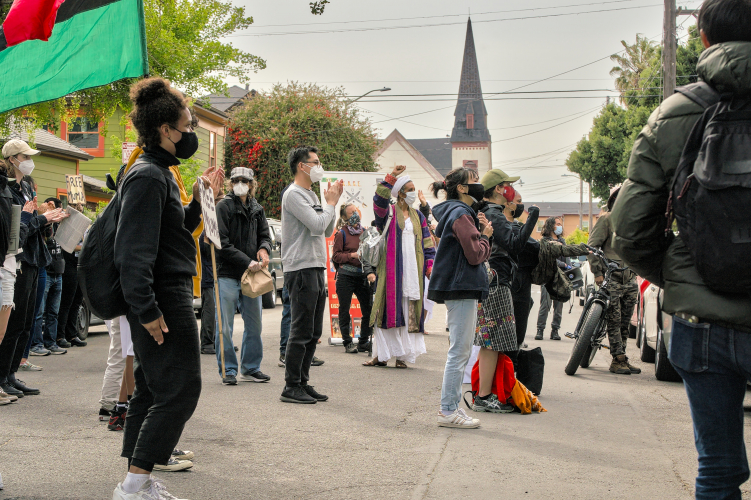 Mumia Abu-Jamal has been called "the world's best-known death row inmate." He was convicted of killing a white Philadelphia police officer in 1981 and sentenced to death. It was only after many appeals that his death penalty sentence was overturned by a Federal court and it was not until 2012 that he was released from death row and entered the general prison population.

At events on April 24th, activists recalled the history of the Black Panthers, in which Mumia was active. They marched, rallied, and gathered in front of significant locations. In mid-afternoon, a Holy Ground Ceremony with High Priestess Luisah Teish and Fredrika Newton, Huey Newton's widow, was held at Center and Huey Newton Streets.

Protesters said that in Mumia's case witness tampering and police corruption led to his conviction and the only cure for Mumia, who recently suffered from COVID and has heart problems, is freedom.

On April 20, a group of UN human rights experts expressed serious concerns over his treatment and wellbeing saying he has reportedly been shackled to his hospital bed, denied visits from his family and access to lawyers. They called on authorities to urgently address racial discrimination as well as the medical treatment of prisoners in Pennsylvania, particularly in the case of older prisoners like Mumia who have been disproportionately affected by COVID. 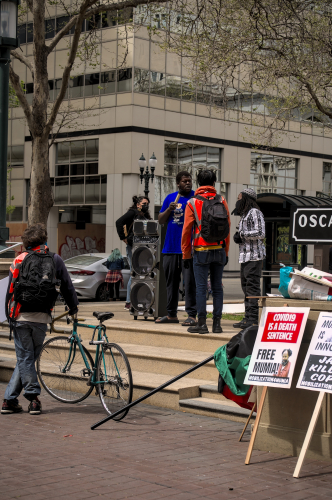 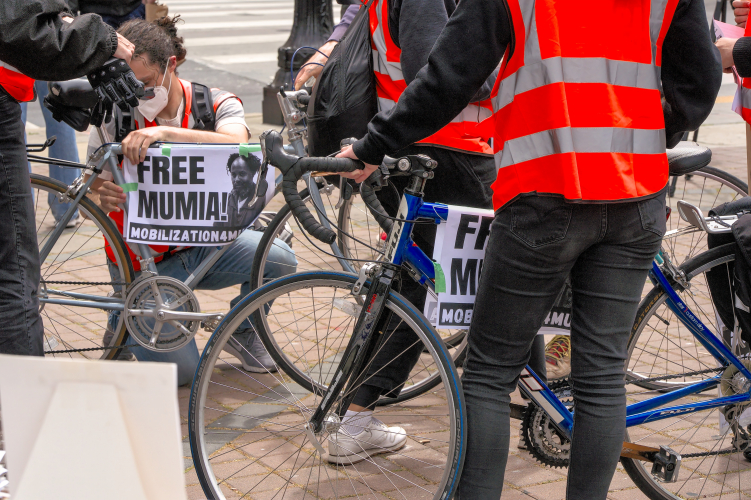 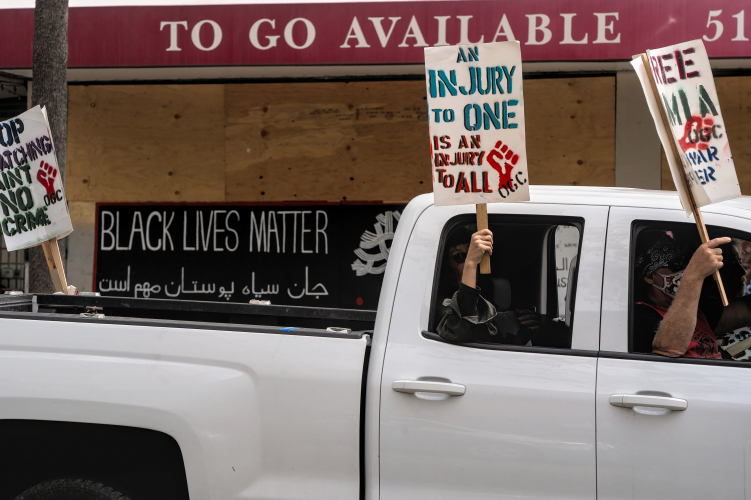 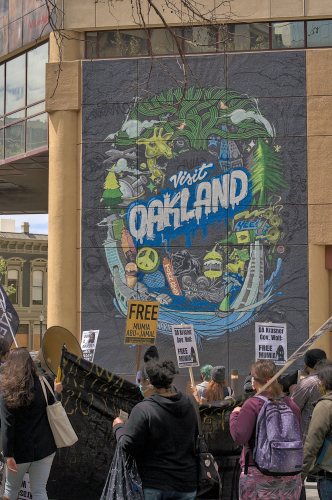 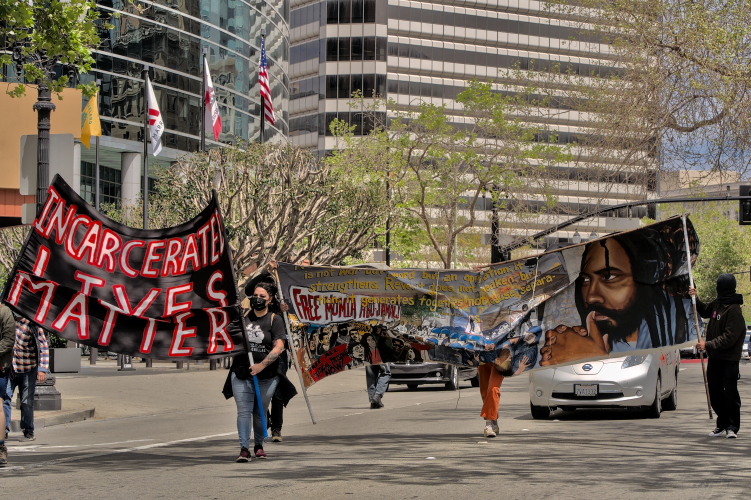 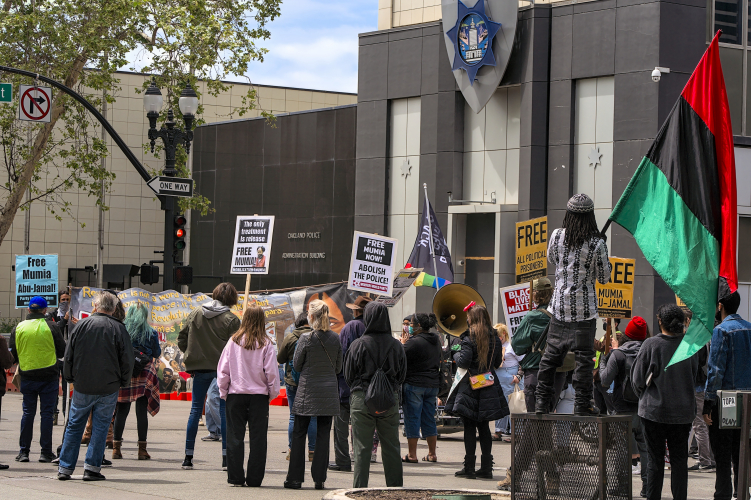 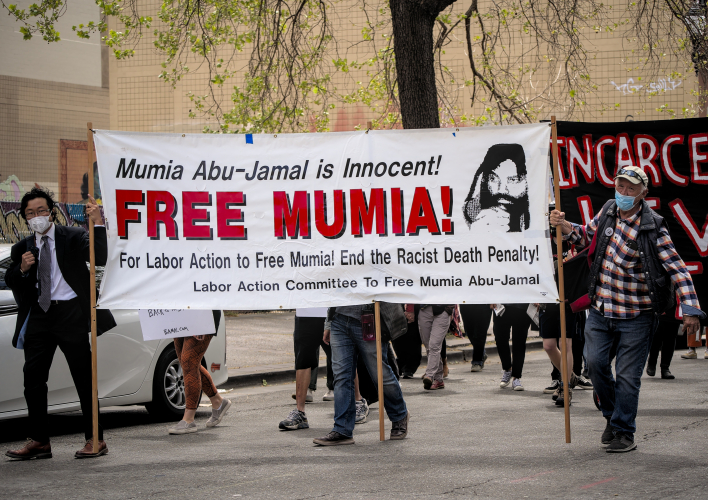 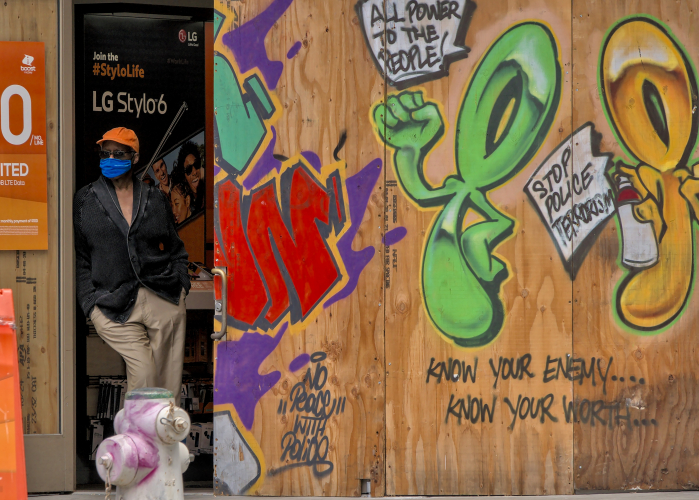 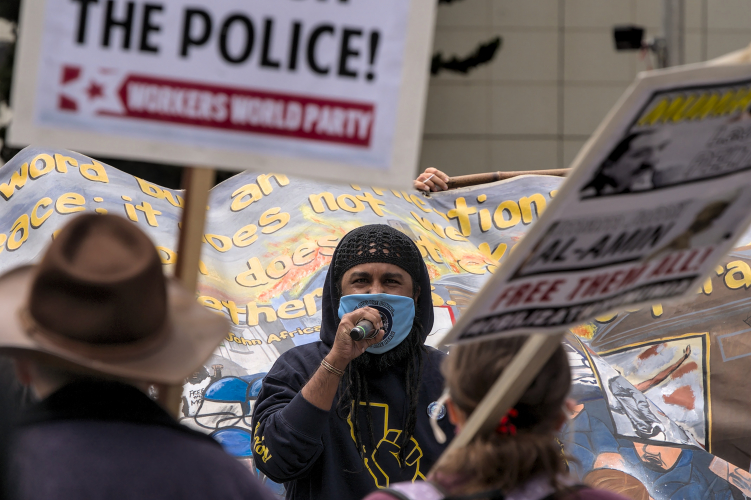 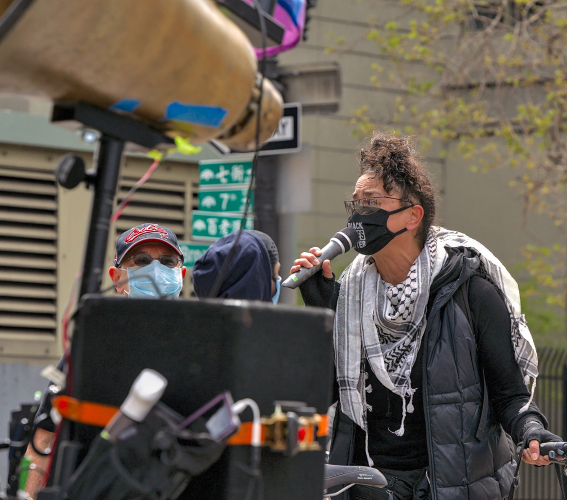 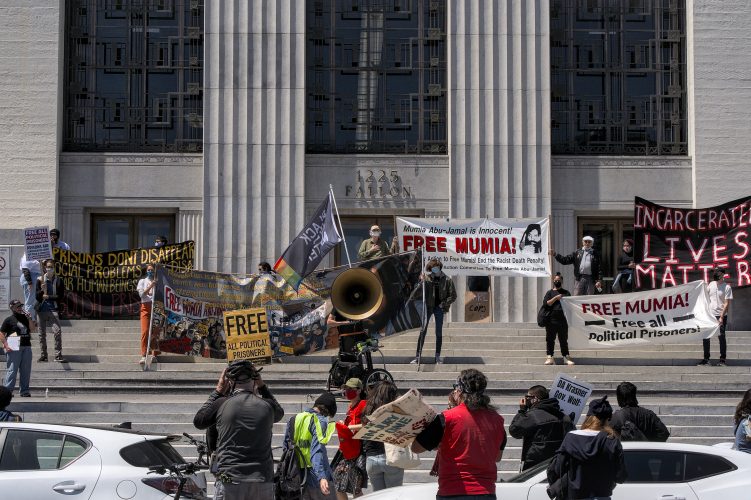 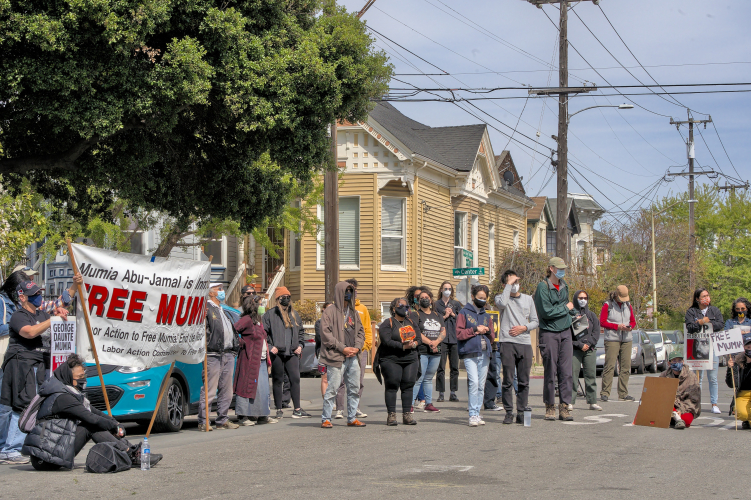 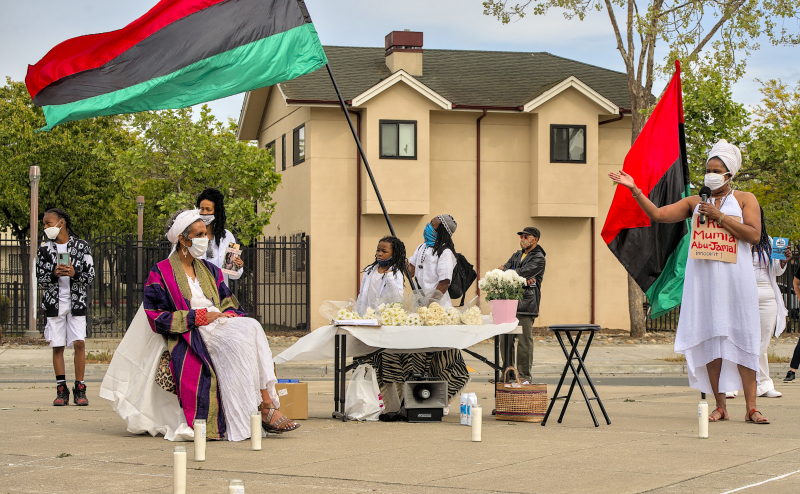 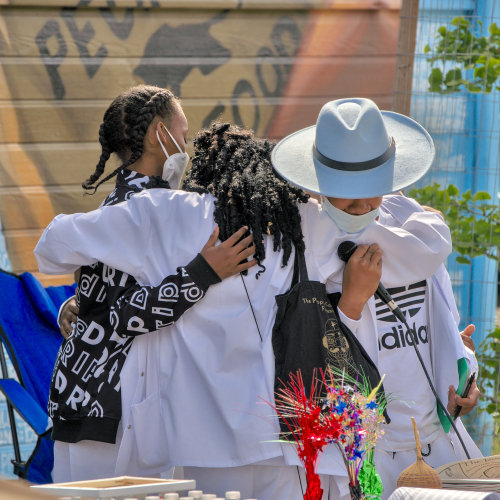 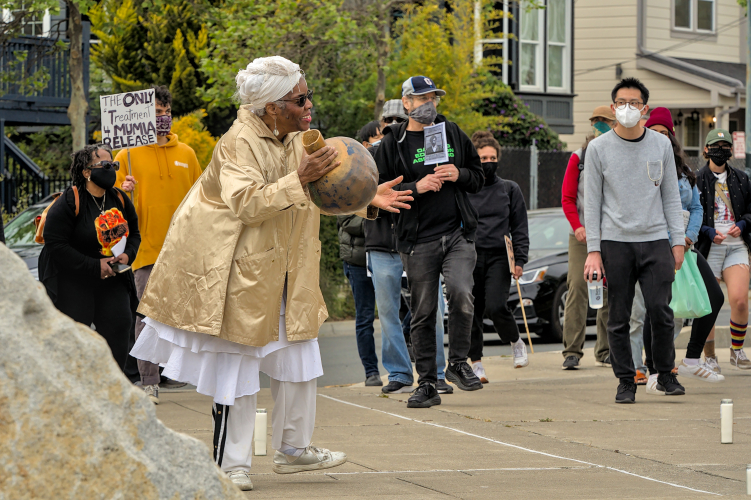 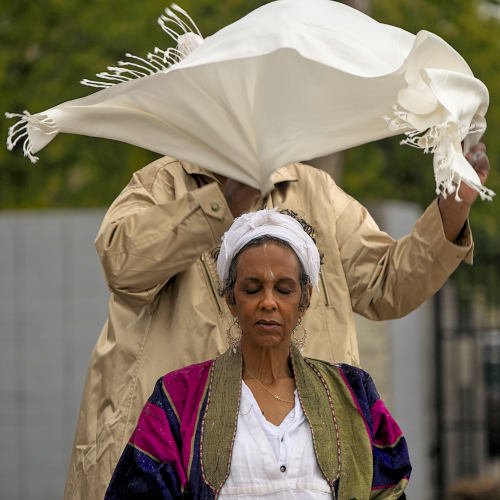 original image (4023x4023)
A ceremony to invoke Huey Newton's presence, bringing him back to the people and the location he loved. His widow, Fredrika Newton, is pictured here. 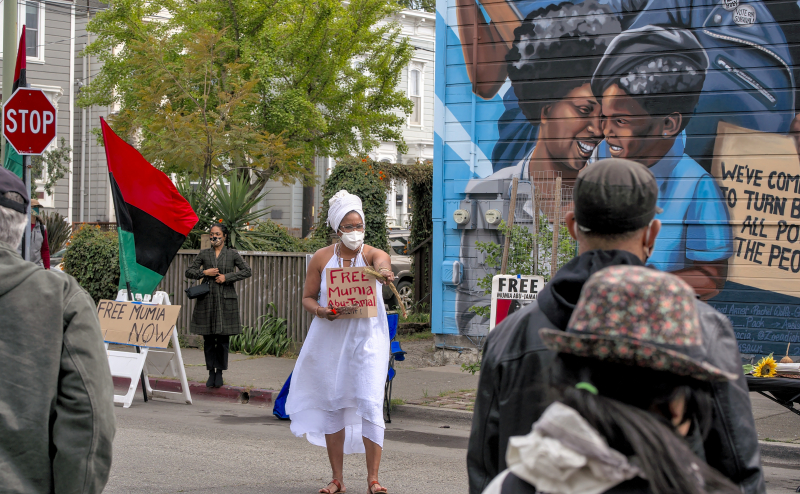 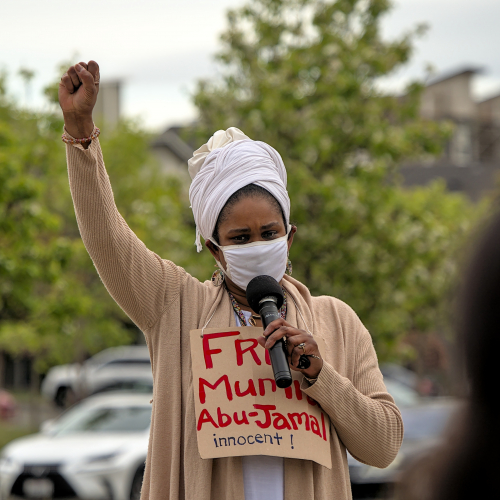 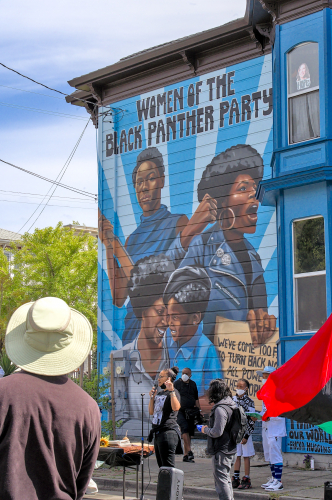 original image (4024x6048)
https://www.ohchr.org/EN/NewsEvents/Pages/...
Add Your Comments
Support Independent Media
We are 100% volunteer and depend on your participation to sustain our efforts!