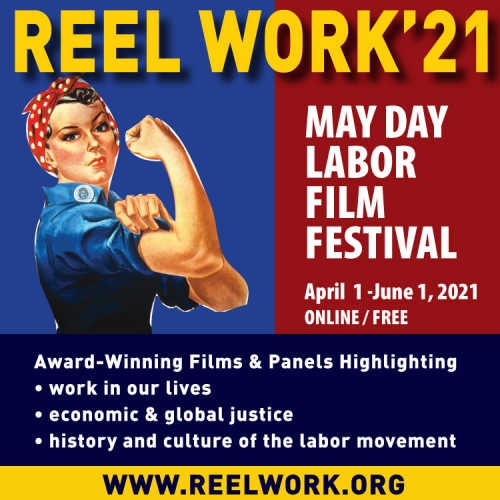 This year will again be virtual and free of charge. The festival is usually held in theaters and venues in the Santa Cruz, CA area.

Many subjects will be covered in the festival, such as women, education, art, labor rights, global economics and COVID. Each week a different topic will be examined with films and discussions. All films will be available only during the featured week and discussions will each be held one time only.

The California premiere of “Haymarket: The Bomb, the Anarchists, the Labor Struggle” will be shown one time at 6:30 pm, May 1, followed by panel discussion with the film maker at 8pm. In this feature documentary, expert historians and professors present the history of the bomb, the anarchist movement of the 19th century, and the labor struggle of working people fighting for a shorter workday during the industrial might of America's Gilded Age.

Festival director Jeffrey Smedberg said, “We are thrilled to be able to present these interesting and thought-provoking films and discussions to watch at home and online. Each week we offer a new labor and social justice topic that will feature great movies and discussions. It’s a good chance to get entertained and educated at the same time.”

To view the current schedule, with detailed information or to register for a panel discussion, please see below or visit the Reel Work web site at http://www.ReelWork.org 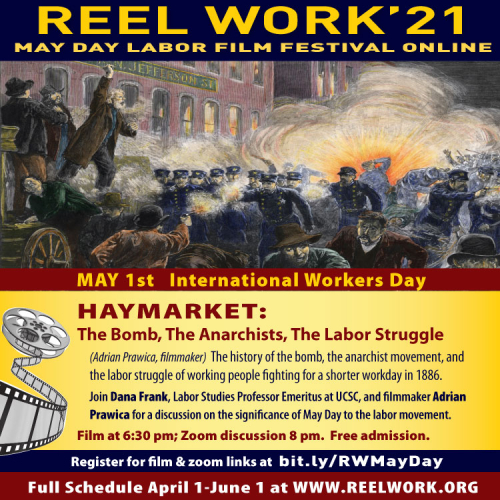 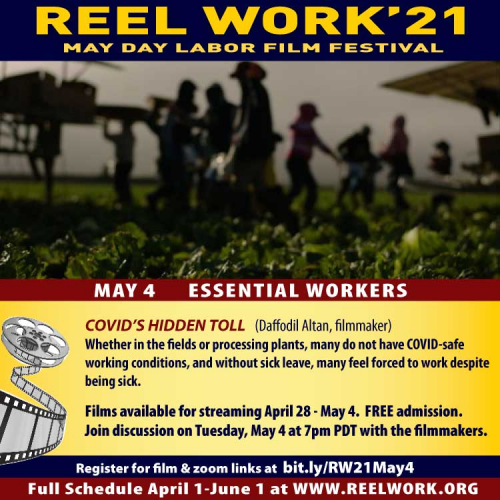 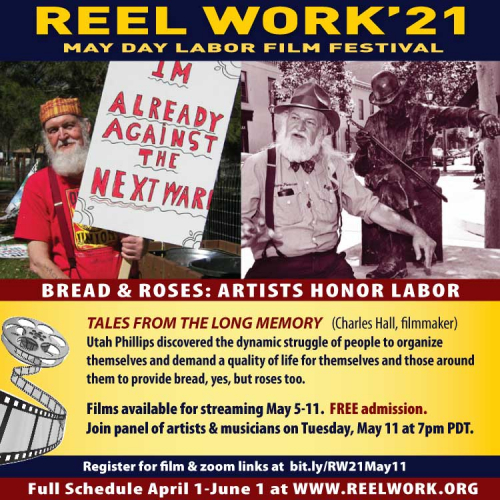 original image (750x750)
http://www.ReelWork.org
Add Your Comments
Support Independent Media
We are 100% volunteer and depend on your participation to sustain our efforts!