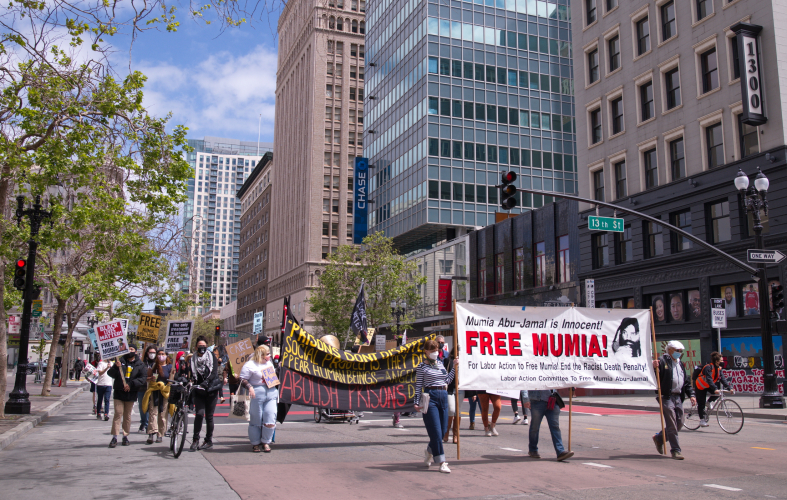 On Saturday, April 24th, supporters of Mumia Abu-Jamal marched again, this time in Oakland, to demand his freedom. He has been imprisoned for forty years on, they believe, false charges.

He is a revolutionary journalist and manages to continue his activism from behind prison walls.

The march assembled in Oscar Grant Plaza. They marched down Broadway to the Oakland Police Department headquarters.where several speakers expressed strong views on the US police-prison system.

The march then proceeded to the Alameda County Court House. On the front steps of this large neo-fascistic brutalist structure, they unfurled their banners and heard fiery speakers. The event went smoothly as about a dozen police cars parked nearby, next to some homeless tents, stayed quiet. 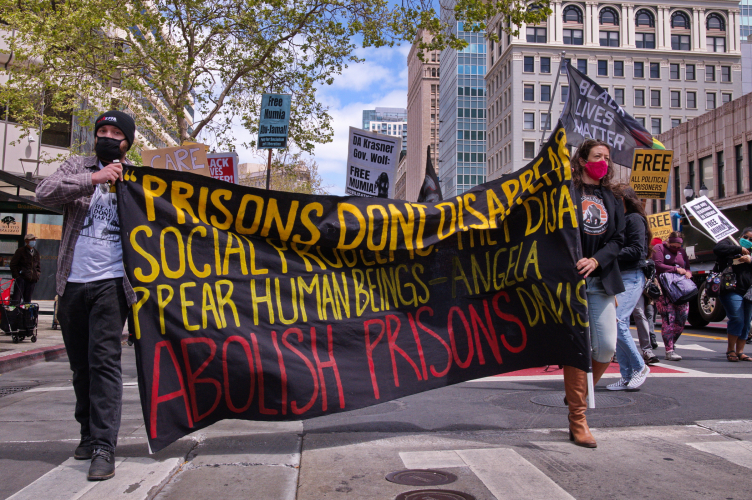 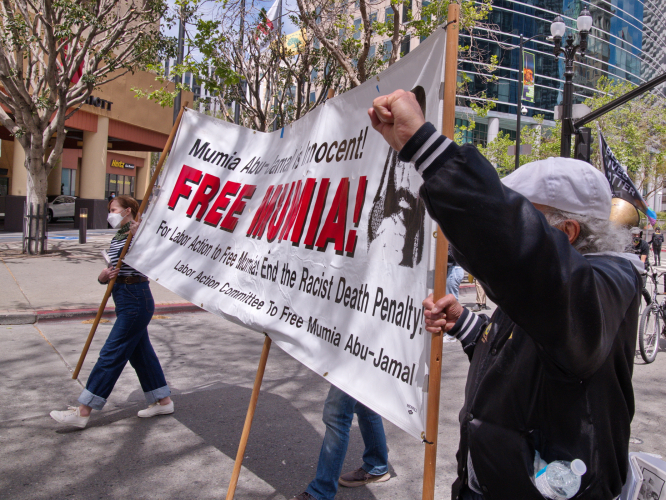 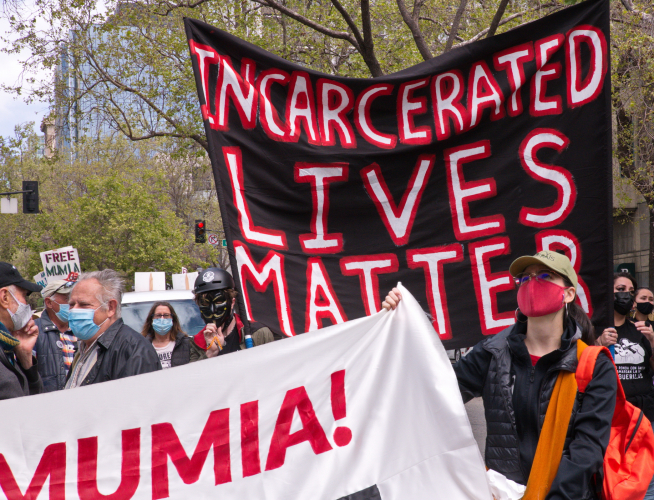 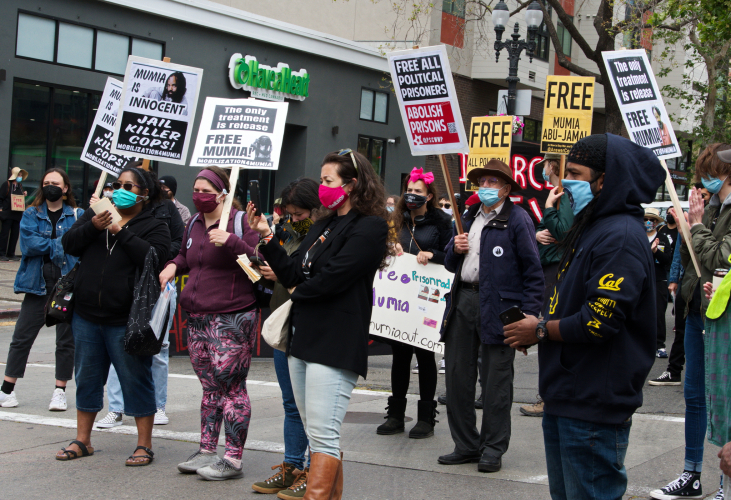 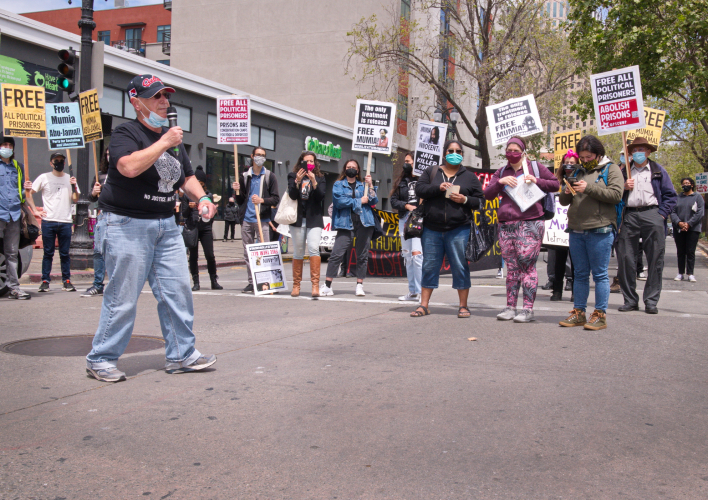 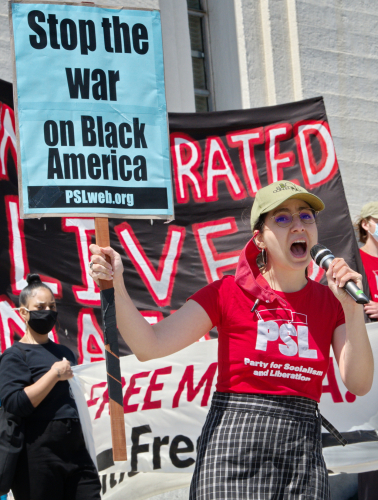 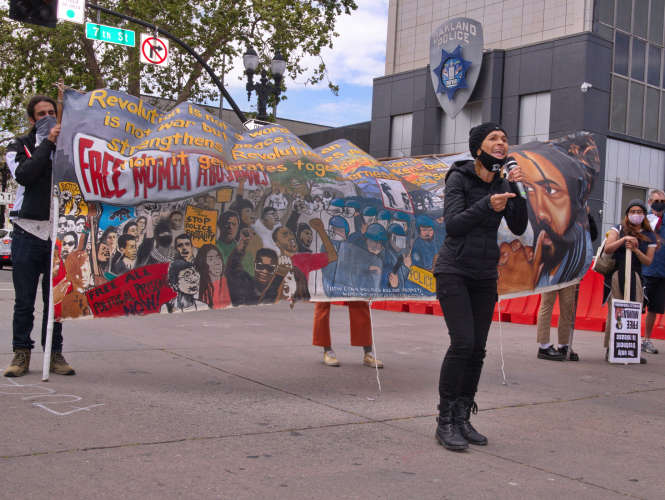 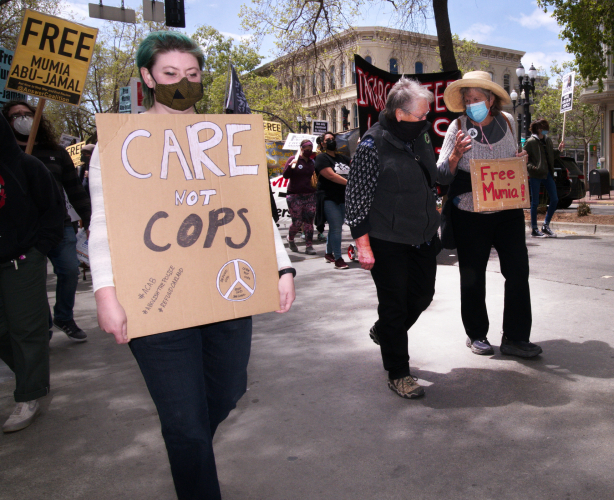 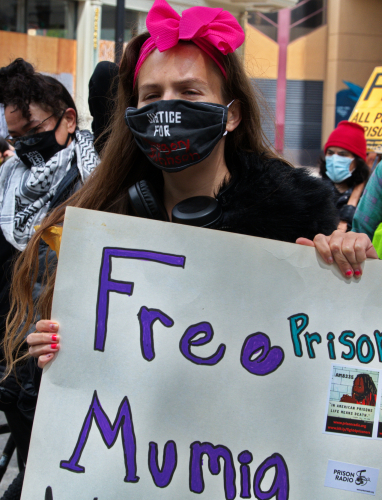 original image (1400x2104)
Add Your Comments
Support Independent Media
We are 100% volunteer and depend on your participation to sustain our efforts!