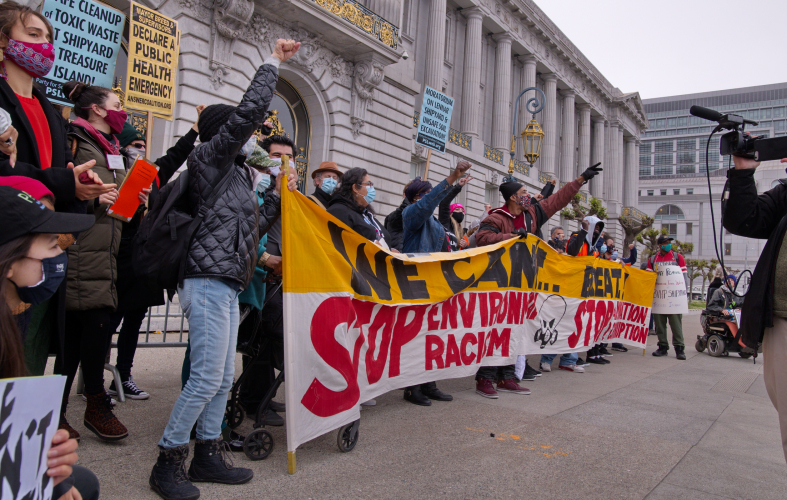 On Thursday April 22nd, on the front steps of San Francisco's City Hall, residents of Bayview Hunters Point and Treasure Island spoke out.

The residents demanded that San Francisco Mayor London Breed and the Board of Supervisors take immediate action to support urgent community demands for health and justice regarding radioactive and toxic contamination at the Hunters Point Shipyard Superfund Site and Treasure Island. Twenty-seven community, environmental justice, environmental, climate and social justice organizations united to co-sponsor the rally.

Furthermore, they demanded that city officials protect the people in communities being harmed by the dangerous pollution at these sites instead of protecting the Navy and the corporate profits of Lennar and other luxury developers.

Located in San Francisco Bay, Treasure Island was created in 1936 and was developed for the 1939 Golden Gate International Exposition. In 1941, the City of San Francisco leased it to the Navy for the duration of World War II and then turned it over to the Navy. Activities conducted at Naval Station Treasure Island included military firing areas, weapons storage, ship and aircraft storage and refueling, illegal dumping, open burning of "debris," and repairing ships with deck markers painted with radium.

Over the next 30 years, the Navy dumped radioactive material and other contaminants in large rubbish pits. Starting in the 1960s, Navy families lived on the base, which closed in September 1997.

While the Navy says it is cleaning up the area, activist say that in addition to the fact that significant contamination remains, including next to homes, there is concern about the adequacy of cleanup activities.

After the Navy base closed, it was turned over to the City of San Francisco. City legislation required the city to use Treasure Island to help house low income people. It has continued to provide subsidized housing - according to the census, 1,561 residents of the total 3,129 live below the poverty line.

Many low income people of color live in subsidized housing literally feet from radioactive and toxic waste sites. Most residents live on Site 12, which was previously used by the Navy for an ammunition bunker and storage area, and contains contaminants including polychlorinated biphenyls, polyaromatic hydrocarbons, dioxins, arsenic, lead, and radium 226.

Residents are advised not to dig, garden, or drag soil inside their homes. Soil samples taken by the Navy contained elevated levels of lead, DDT, dioxins, PCBs, PAHs, motor oil pollutants, arsenic, and vanadium. These contaminants are located in resident's backyards, the elementary schoolyard, and daycare center. Because of these contaminants, digging is prohibited. 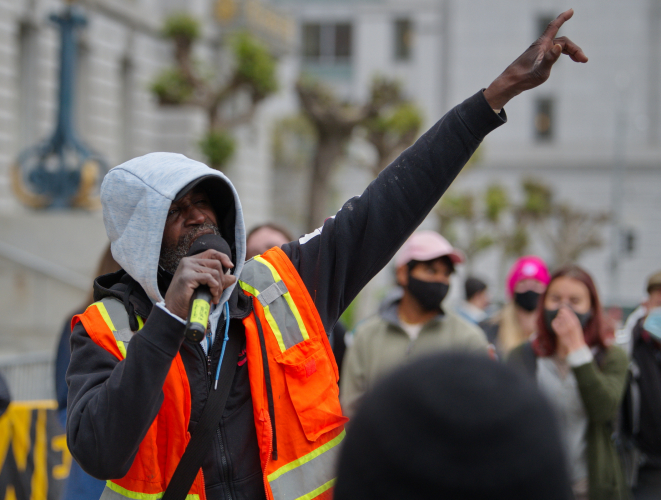 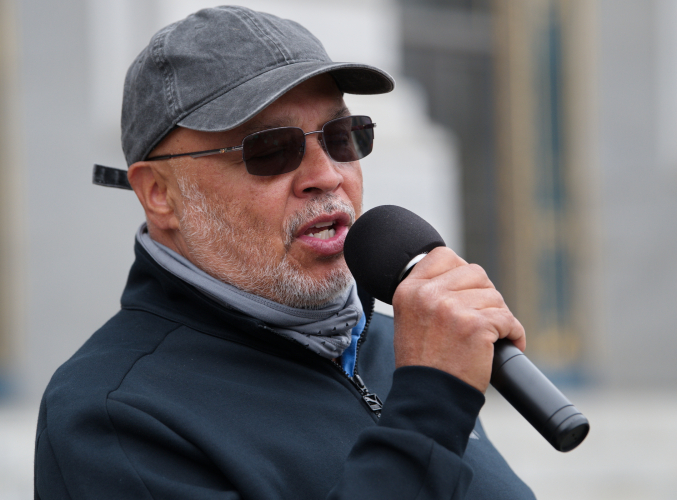 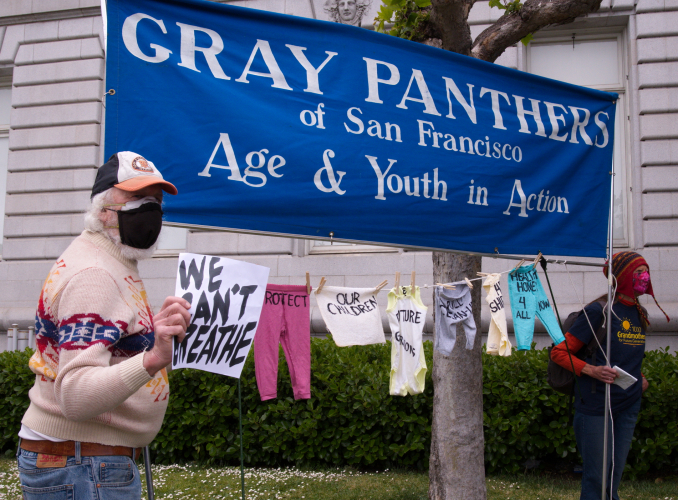 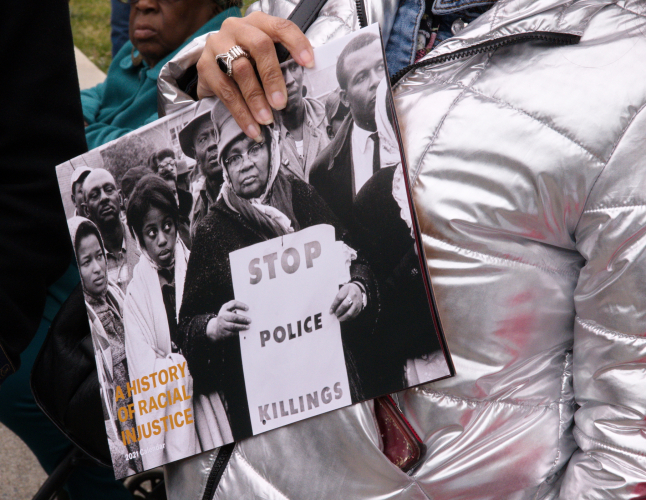 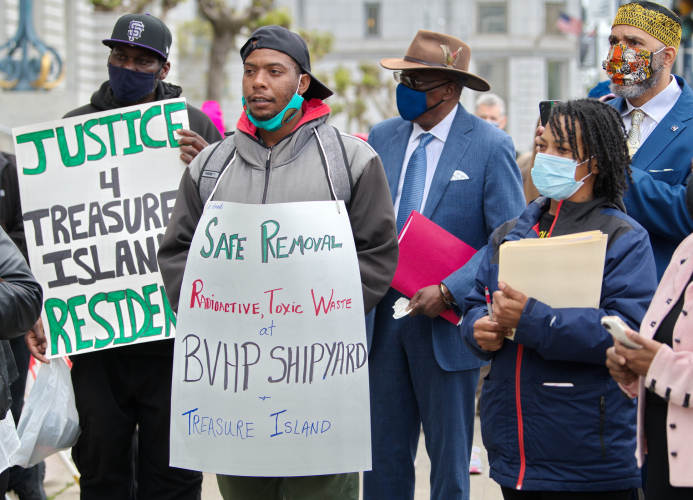 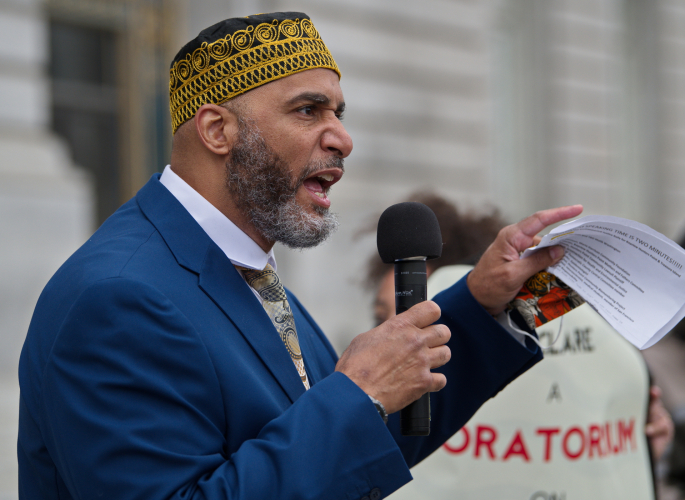 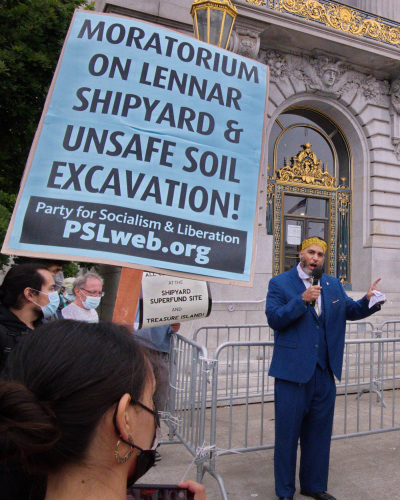 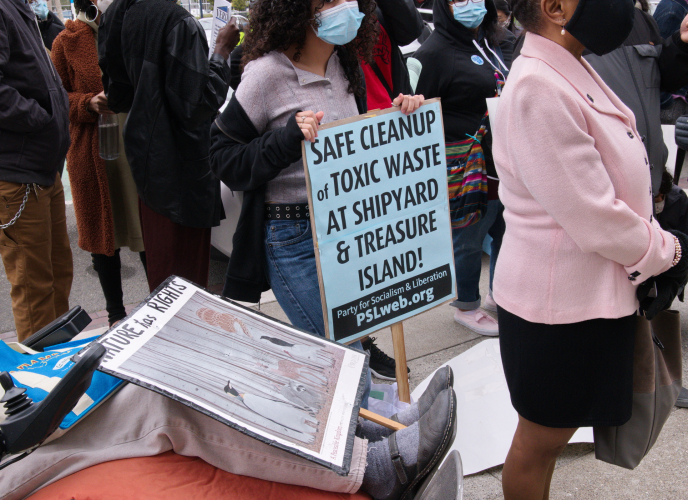 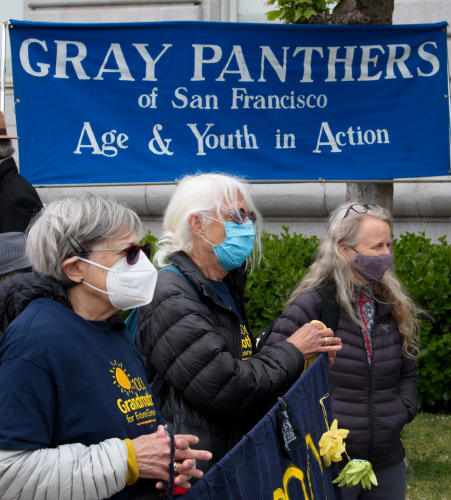 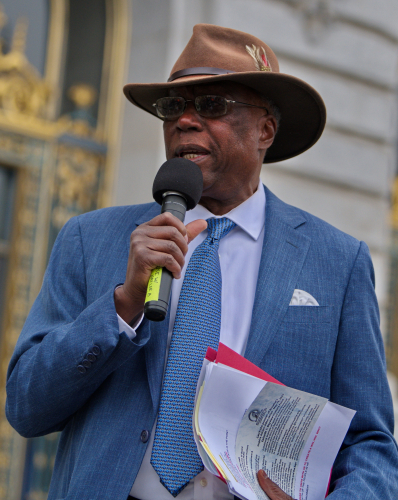 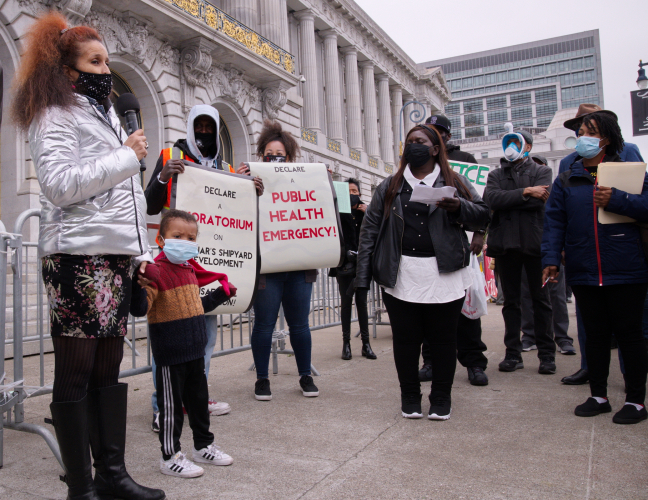 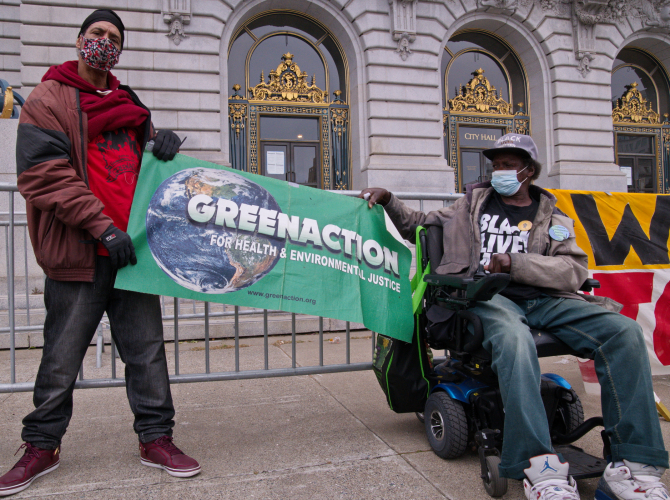 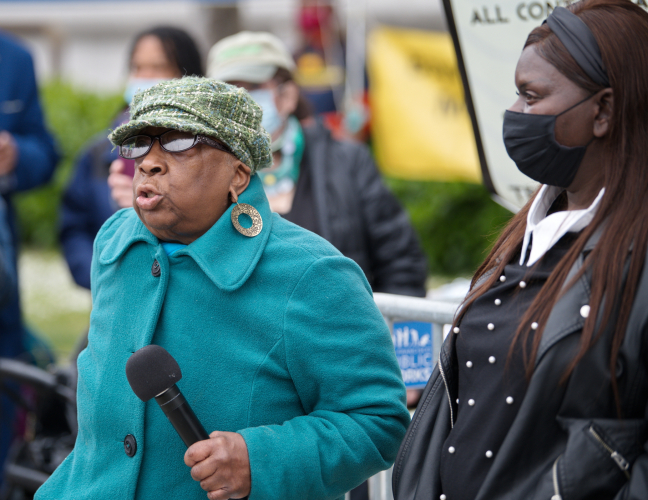 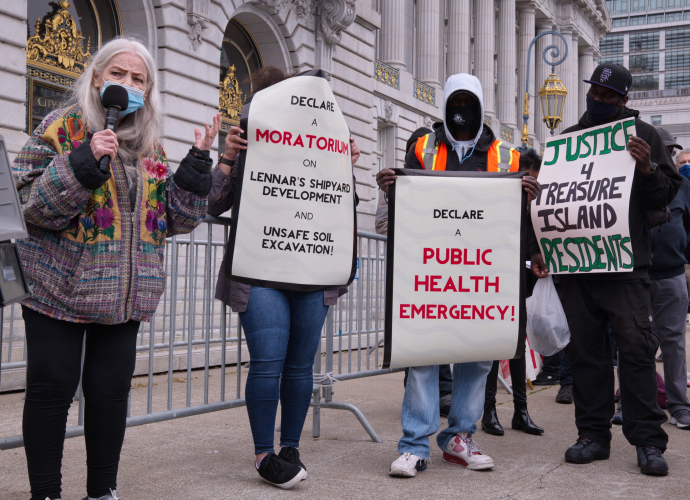 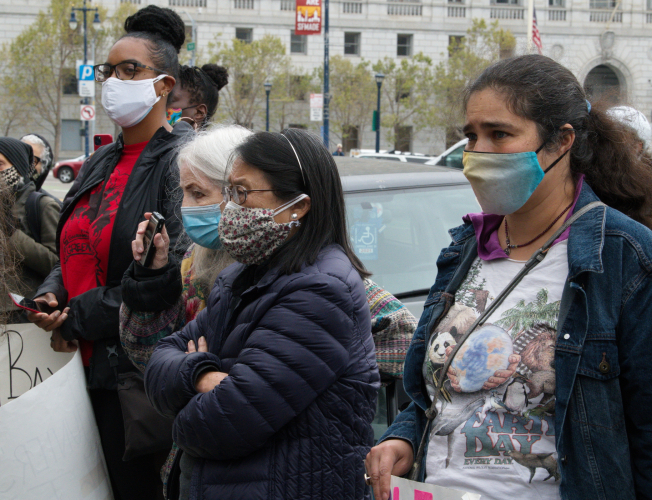 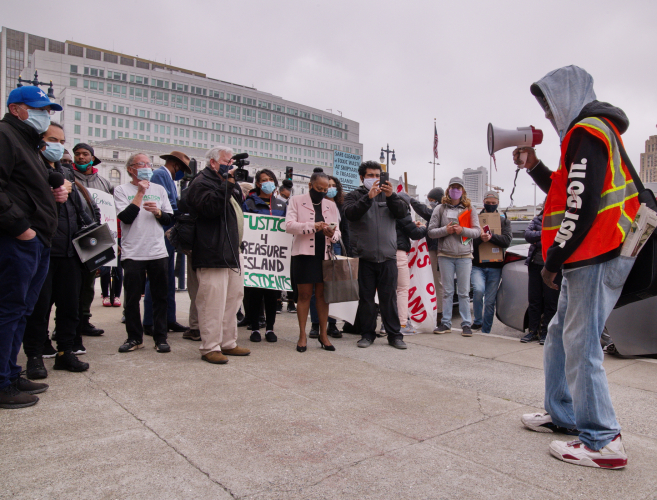 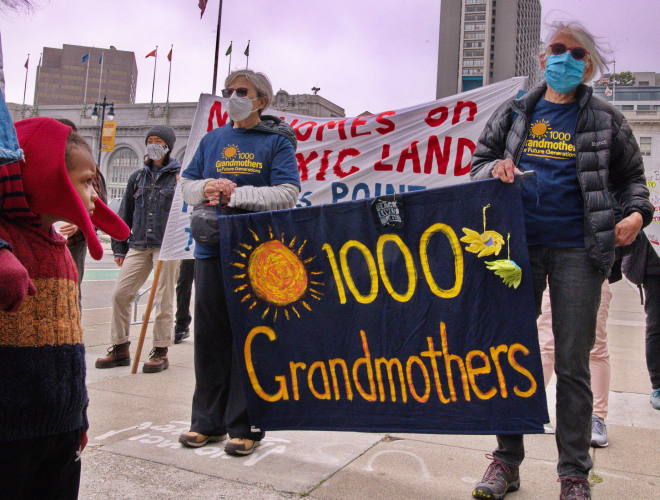 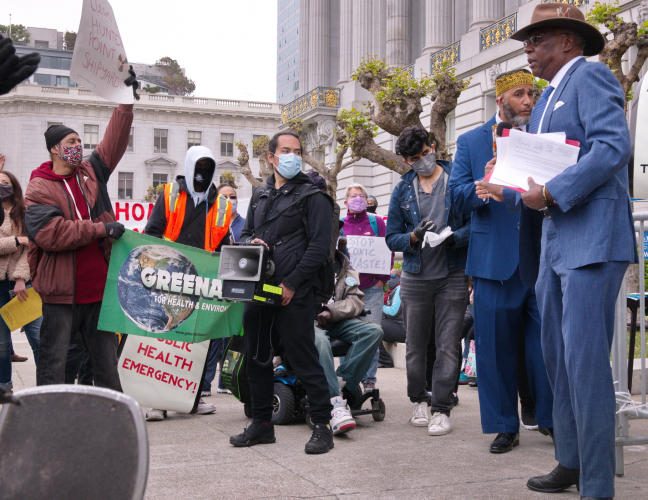 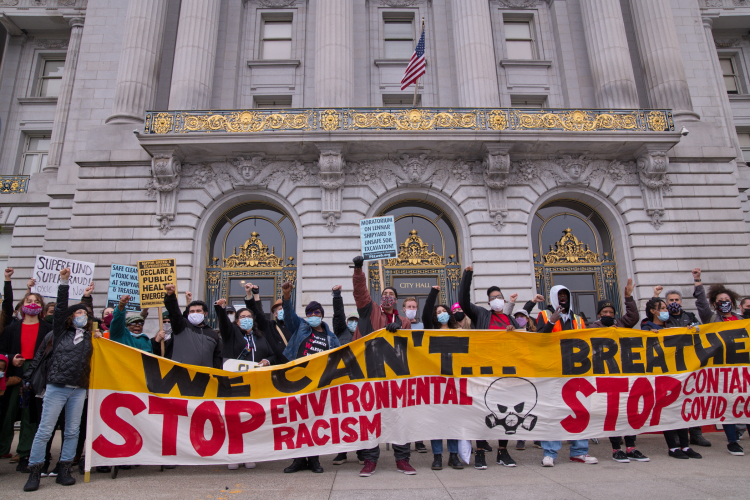 original image (2102x1400)
http://greenaction.org/2019/12/11/treasure...
Add Your Comments
LATEST COMMENTS ABOUT THIS ARTICLE
Listed below are the latest comments about this post.
These comments are submitted anonymously by website visitors.